The power of natural hair in the natural environment 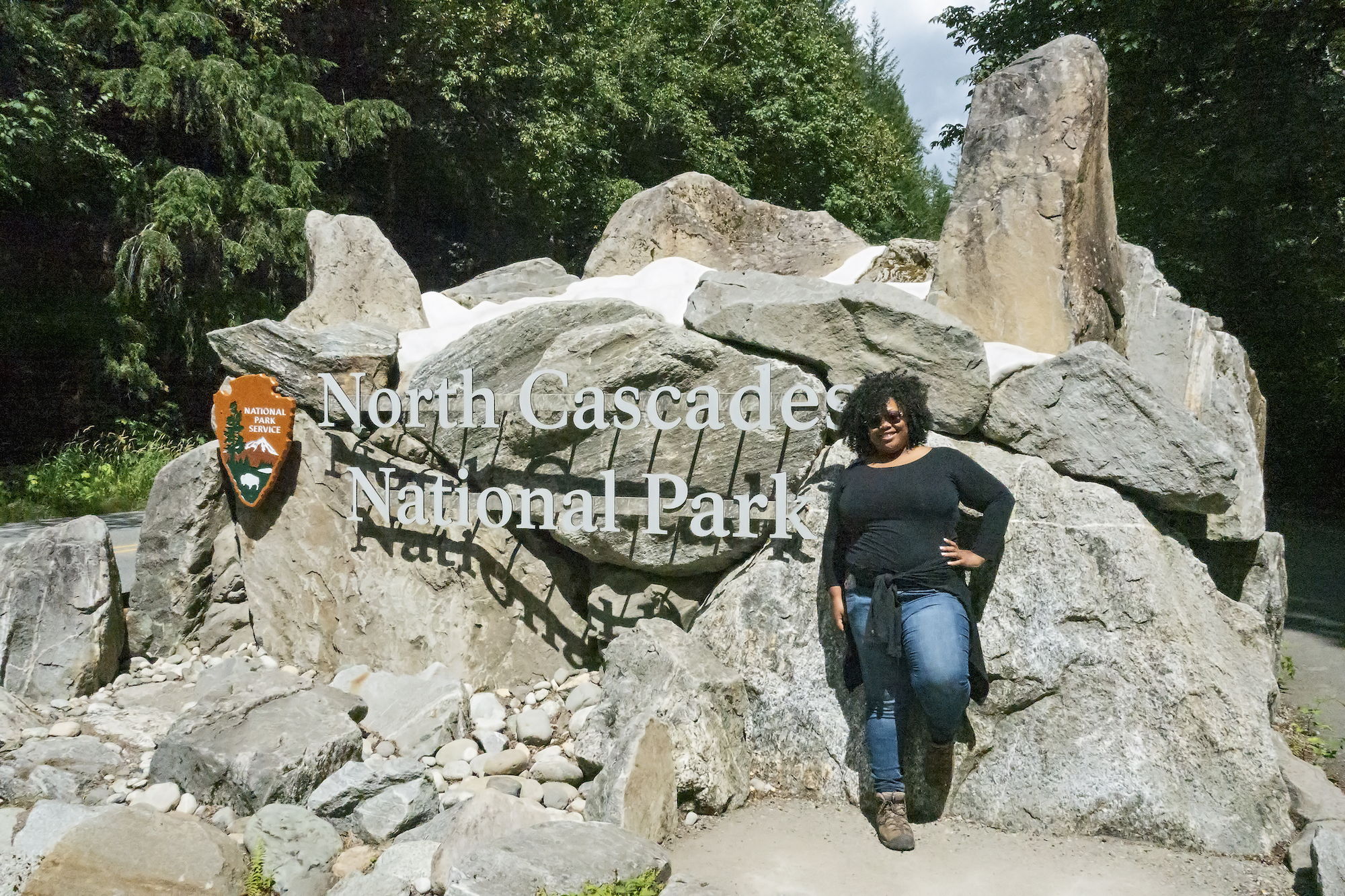 Denaya Shorter was on her way to North Cascades National Park when a woman told her, “I’m trying to figure out your hair.” (Photo by Glenn Nelson)

After boarding a ferry up Lake Chelan to the remote town of Stehekin, I watched three women stare at me for what seemed like forever. “I’m trying to figure out your hair,” one of them finally probed in a way that felt familiarly uncomfortable. This was definitely not the first time my Afro in nature has commanded attention. It has caused the delay of meetings, been the destination of curious fingers, and served as the inspiration behind my request for larger hard hats at the ropes challenge and obstacle course. But this day evoked reflection.

The journey of it all is a bit ironic. In the third grade, my entire school called me “jacket-head.” I had recently relocated from the culturally rich Bay Area in California to a tiny, almost entirely, white country town in the Central Valley. A head full of two-strand twists, decorated with colorful barrettes and bows, is a style considered a rite of passage for young Black girls. However, it was not a common, nor welcomed, sight in this new place. I was bullied every day, by classmates, teachers and even school administration. These were some of the toughest days of my life, and I was only 7.

The only way to stop the pain was to hide my hair. I began pulling my jacket up over my head, hoping that if my tormentors could no longer see my hair, they could start seeing me. I pleaded with my mom every morning to ditch the twists and ponytails. I wanted my hair to swing like the white girls. I wanted it to hang down my back like my teacher’s.

Eventually, the bullying stopped. The impact of the trauma, though, is something I still carry, as I learn to embrace my distinctive mane.

As a young professional, I found myself at the center of torment all over again. I was a wildlife biologist — a career field predominately male and white. Now, I just wanted to hide my hair to blend in. I would walk around the office, attempting to be productive, but was instead constantly interrupted to talk about my new “neat” hairstyle, which, essentially, was just the same style after a lengthy session with a curling iron. Discussions were halted by inquirers wondering how I got my hair to twist the way it did. And my personal favorite: the time a co-worker decided that I should know that his aunt wears wigs (and, no, we weren’t already talking about wigs). On Sunday nights, I contemplated what hairstyle I could wear for the week that would both fit under a hardhat for field work, but also not delay our morning all-staff meeting with questions and investigative stares. Some days, I considered being a jacket-head.

One Monday morning, I sat in for the first time on the monthly district manager’s meeting as a representative of the wildlife department. In addition to preparing my report on current terrestrial survey projects, and being ready to respond to planning requests and deadlines, I also had to prepare my response about my hair. As an outdoor professional and Black woman, my hairdo often changes with the seasons. Over the weekend, I opted for a more winter-friendly style, allowing my tresses to naturally kink in the cooler temperatures. Despite my excitement to finally be sitting at the table with the forest’s decision makers, I knew my colleagues wouldn’t look past my mundane adjustment. I rehearsed replies for inquiries and tried to muster up the courage to demand we move on. It was a difficult place to be, but a pivotal point in my growth in a field that still has a lot of work to do. The questions came; the meeting was delayed. And though I commanded the professionalism I deserved, I was reminded of the uphill battle ahead of me if I remained committed to being a trailblazer in the environmental sector.

That day on the ferry to Stehekin brought me back to that meeting room, and back to third grade. But, this time, I didn’t need to reach for a cover-up. I instead have learned when to welcome the attention and how to redirect the focus. The three women and I actually went on to have a pleasant conversation. “I styled my locks this way so that I can maneuver on the trails easier, and see through my binoculars better,” I explained, confidently. “I am a National Audubon journalist on the trail of a story.” They had more questions; they weren’t about my hair.

Although it sometimes solicits unwanted scrutiny, I wear my crown with pride. It is a wonder how much my coily Afro mirrors the outdoors: Its wildness is like a mother black bear emerging from her winter den, its coarseness resembles the striking granite of Yosemite Valley’s El Capitan, its kinks mimic the Goosenecks of the San Juan River in Utah. My hair changes color under the summer sun, like the leaves on the deciduous forest floor, and provides shade on an exposed mountain trail.

Often finding myself as the only person of color in outdoor spaces and events, I either receive unneeded glances of reassurance or am bombarded with questions of how, when and why I’m there. I know I stick out, but I go anyway. While the pressure to be a representative for an entire community is overwhelming, I am proudly Black first, and always, despite the constant pressure in this field to feel as if I have to choose.

I wear my Afro outdoors as symbol of Earth’s earliest guardians. I rock it like my ancestors who mastered forestry, farming and mountaineering to thrive in the face of white supremacy and systemic separation. Every curl embodies the unraveling of exclusion and a history of violence that attempted to uproot a resilient cultural connection. My hair is the mountain from which Martin Luther King Jr. looked over and saw “the promised land.” 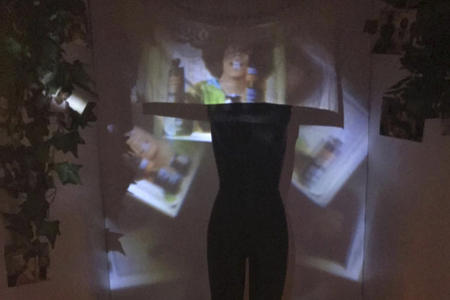 Still, until outdoor spaces are truly inclusive and representative of our global diversity, I will gladly embrace my Black girl magic. My Afro is remarkable. For a brief moment that day on the ferry, I forgot. I let the pressure to fit in distract me from the fact that my people fought for me to stand out.

My hair both figuratively and literally has the ability to capture my day’s adventure. What other hairstyle can do that? When I got home that evening, I plucked a few pine needles from my ’fro, a memento from our dusky grouse sighting along the Pacific Coast Trail. Also clinging to my kinks: tiny patches of lichen, webs of friendly forest arthropods, and fragments of tree bark from my stumble around a switchback on the Howard Lake Trail — all keepsakes from a day of meaning-making and gratitude.

Whether blowing wild and free on a ferry boat, or stuffed under a hard hat on an endangered-bird survey, my Afro is a part of me. It is a part for which I no longer will apologize or feel obligated to explain. It reflects my past, seizes my day and exemplifies my ancestors’ wildest dreams.

This essay was a project of The Trail Posse Walker Fellow program through the National Audubon Society. 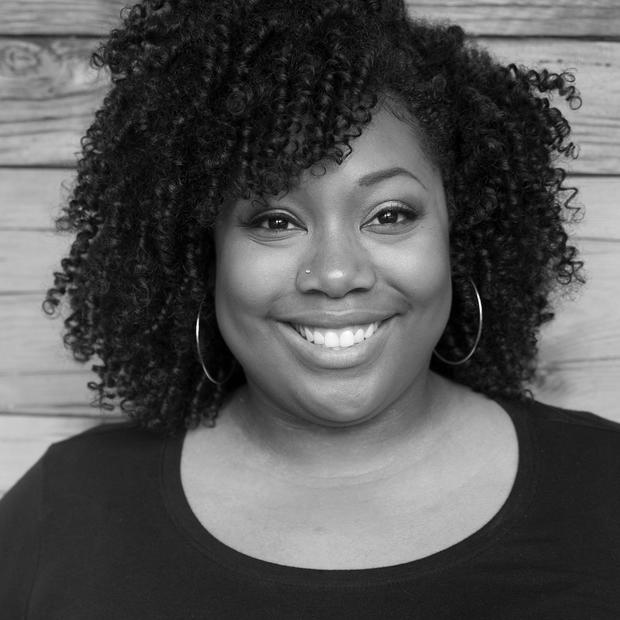 Denaya Shorter writes on the intersectionality of race, identity and the environment.