In a rapidly changing landscape, a Mount Rainier icon gets a new life 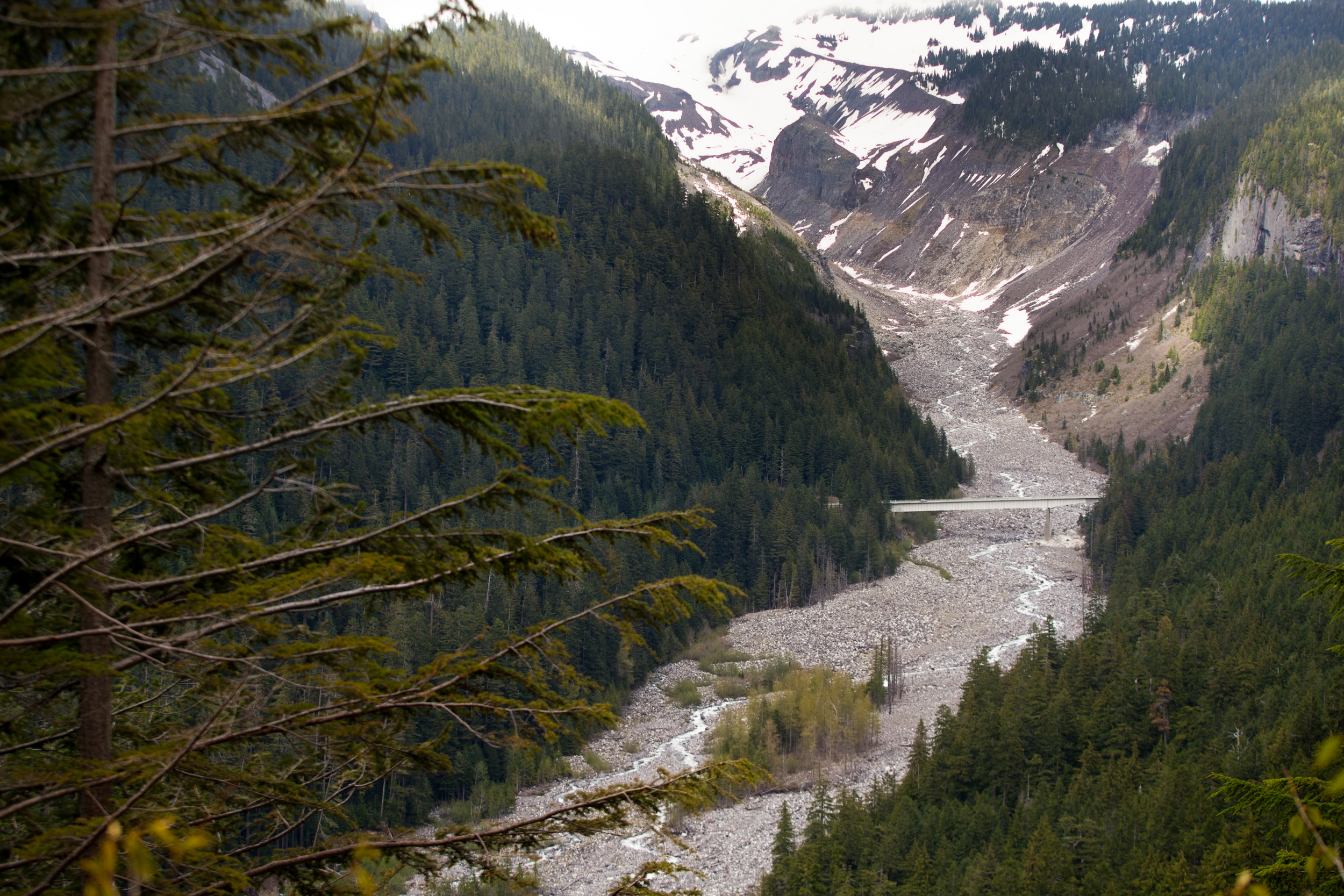 The Nisqually River in the distance at Mount Rainier National Park, photographed on May 17, 2019. (All photos by Karen Ducey for Crosscut)

Mount Rainier National Park recently unveiled a $24.5 million renovation of a wing of the iconic century-old Paradise Inn. Paradise is the most popular visitor site at the park. The restoration of the historic inn is a tribute to stewardship. It’s also a case study in the difficulties of seeking permanence in an environment that is wild, rough and, in the era of climate change, rapidly transforming.

To Northwesterners, Mount Rainier, or Tahoma if you prefer, seems like an eternal presence on the horizon. But the world around it has changed. Most of Mount Rainier National Park is designated as wilderness, meaning it is to remain mostly untrammeled by humans. But the mountain always has been dynamic: It's covered with glaciers, is the source of rivers and is an active volcano considered one of the most dangerous in the country. It is “resting” between eruptions, the last of which occurred in 1894-95, not that long ago in geologic time.

Yet the wilderness at Rainier is still spectacular, seemingly pristine, and the National Park Service’s job is both to protect it and protect our access to it. “We are,” says park Superintendent Chip Jenkins, “in the perpetuity business.”

Perpetuity is a challenge in such a location and, at this time, in the world. The dynamic landscape is contributing to backlogs in park maintenance. National parks nationwide are estimated to need more than $11.6 billion to catch up on repair and improvement projects. Rainier alone estimates its backlog at $186 million, the lion’s share for work on maintaining buildings, trails, wastewater systems and roads.

Roads and paved areas are the biggest problem dollarwise, victims of storms, landslides and increased runoff from melting glaciers that can reroute creeks. They need over $117 million dollars in work, according to an asset inventory by the National Park Service.

More rocks and debris from the retreating glaciers are filling streambeds, raising them to the level of existing roads, filling culverts, passing increasingly close under bridges, and pushing water onto trails and campgrounds. Jim Ziolkowski, who runs park work crews that do road and trail work, sees the problems created by the increased material coming down the mountain.

More than a decade ago, a professor of geoscience at Oregon State University claimed that the debris coming down Mount Rainier was “the most dramatic catastrophic” effect of climate change in the U.S. Rapid glacier melting is a problem at Rainier and across the region. 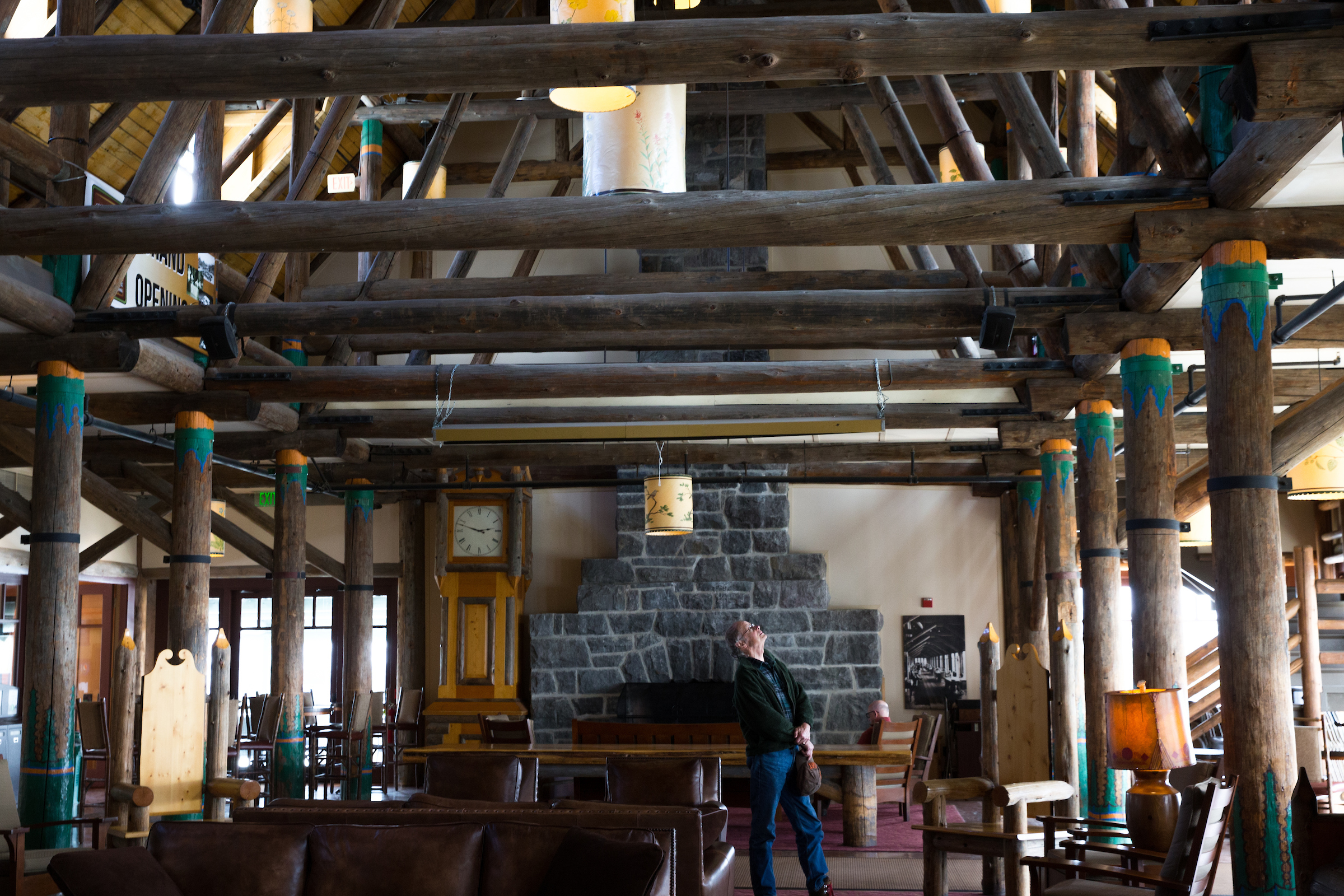 The lobby at the Paradise Inn at Mount Rainier National Park, in Ashford, Washington, features exposed Alaska cedar logs salvaged from an old forest fire on the mountain and a steeply pitched roof. Photographed on May 17, 2019.

The lobby at the Paradise Inn at Mount Rainier National Park, in Ashford, Washington, features exposed Alaska cedar logs salvaged from an old forest fire on the mountain and a steeply pitched roof. Photographed on May 17, 2019.

The renovation of the Paradise Inn’s 1920 wing — called the Annex —  and its Snowbridge, which connects to the main lodge (built in 1917), demonstrates some of the preservation challenges in this landscape. Long before the inn and for millennia, what we now call Paradise and Rainier have been an integral part of the land and lives of local tribes like the Nisqually. Now some 1.2 million people a year from all over the world come to Paradise to gawk, hike and photograph the mountain from its front yard.

At more than a mile high (5,410 feet), its summer meadows and wildflowers are well known. The old inn is a place where some people can relax or spend the night in comfort. A recent lunch of buffalo burger and a “volcanic” vegan mac ’n’ cheese pleased palates ready for sustenance in its dining room. The inn is also an oasis, for now, from Wi-Fi, cell service and television. The only working phones are a few pay ones in the lobby.

It is also an example of reuse of local materials. The lodge’s main room, with its spectacular high ceiling, features beams of Alaska yellow cedar harvested from timber left from an old forest fire nearby. The lodge is a National Historic Landmark and the Annex renovations included some elaborate efforts to maintain the visible integrity of the historic structure, while upgrading it. The park service has stringent standards for such work. John O’Conner of Korsmo Construction of Tacoma, site superintendent of the 19-month Annex renovation, gave visitors a tour of the interior during the inn’s grand reopening. Beyond new, more energy-efficient windows that look like the originals, removal of false ceilings, new utilities, seismic upgrading, upgrades to its electric systems and plumbing, and refurbished bedrooms, he showed off the lodge’s new basement.

The old Annex sat on a stone foundation. The structure was leaning because of uneven winter snow build-ups on either side during the past century. So the 20,000-square-foot building was lifted with jacks off the ground and a new concrete foundation was built underneath. Since year-round melt off from the mountain flows right under the lodge — a “river,” O’Conner calls it — that water has now been safely channeled. “It’s been flowing there for 6,000 years,” he said. “We weren’t going to change it,” but they could make sure it wouldn’t do long-term damage to the structure.

While raised, the Annex was “flattened,” adjusted so as to make it more plumb, if not entirely level. The result is a major improvement in once sloping corridor floors. The new foundation has been disguised, as the rugged and beautiful old exterior stones of the original were removed, tagged, cut and replaced to their exact locations, affixed to the new concrete foundation and maintaining the exterior’s rustic appearance. It’s detailed craft work. The redone Annex, O’Conner says, “has the bones to last another 100 years.”

With the new work, the Paradise Inn and Annex, as they open for the new summer season, are capable of living on, with care, for a few generations or more, barring disaster. Congress is mulling a $6.5 billion program to address the maintenance backlogs at the national parks over the next five years. Some of that would almost certainly flow to Washington’s other national parks.

For now, preservation requires keeping up with reality and, at Rainier, there’s a lot of external reality to be dealt with. 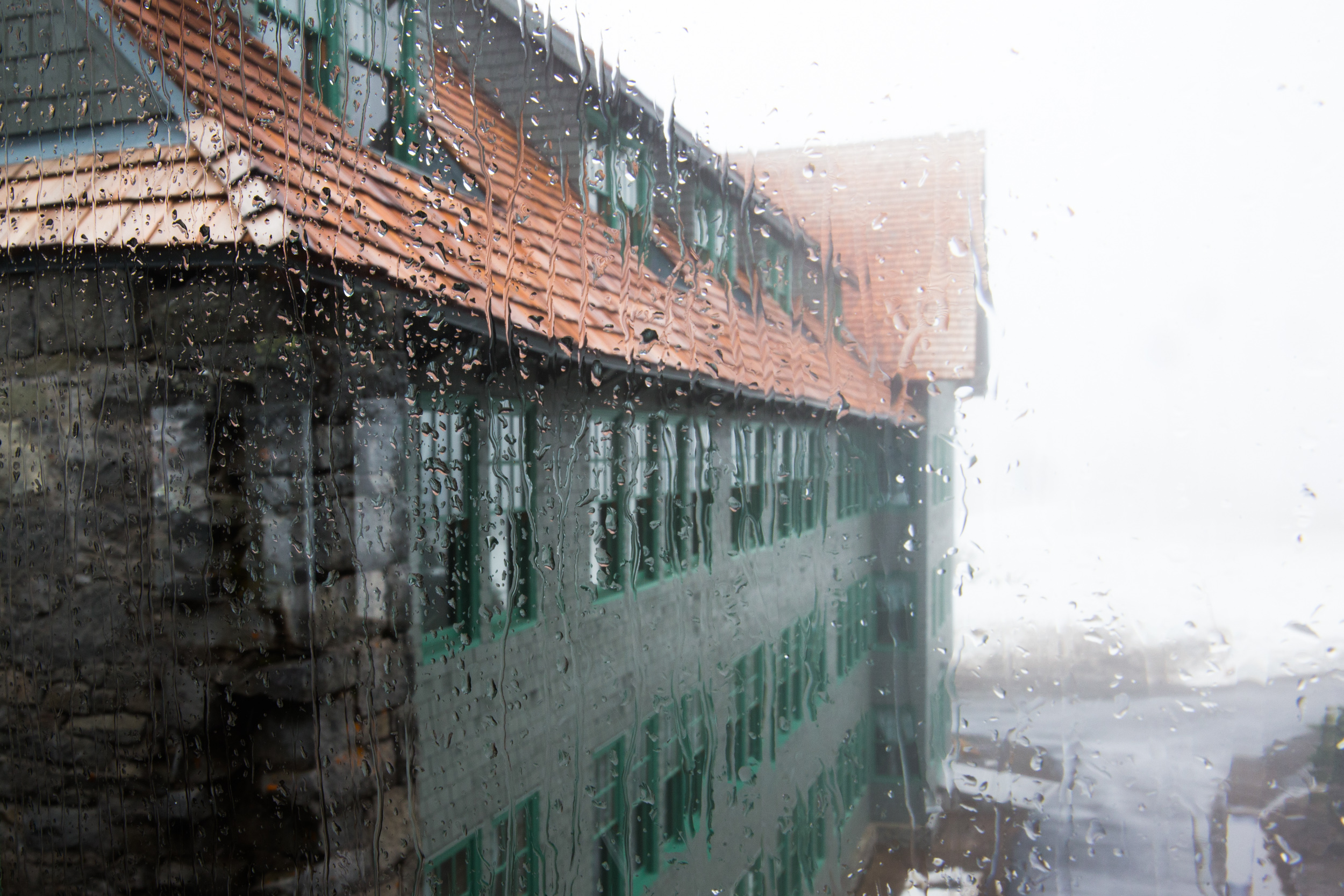 A view of the Annex, where 57 original windows were rehabilitated and restored, and non-historic windows were replaced with compatible wood sash windows as part of the Paradise Inn and Annex restoration project at Mount Rainier National Park photographed on May 17, 2019.

A view of the Annex, where 57 original windows were rehabilitated and restored, and non-historic windows were replaced with compatible wood sash windows as part of the Paradise Inn and Annex restoration project at Mount Rainier National Park photographed on May 17, 2019.