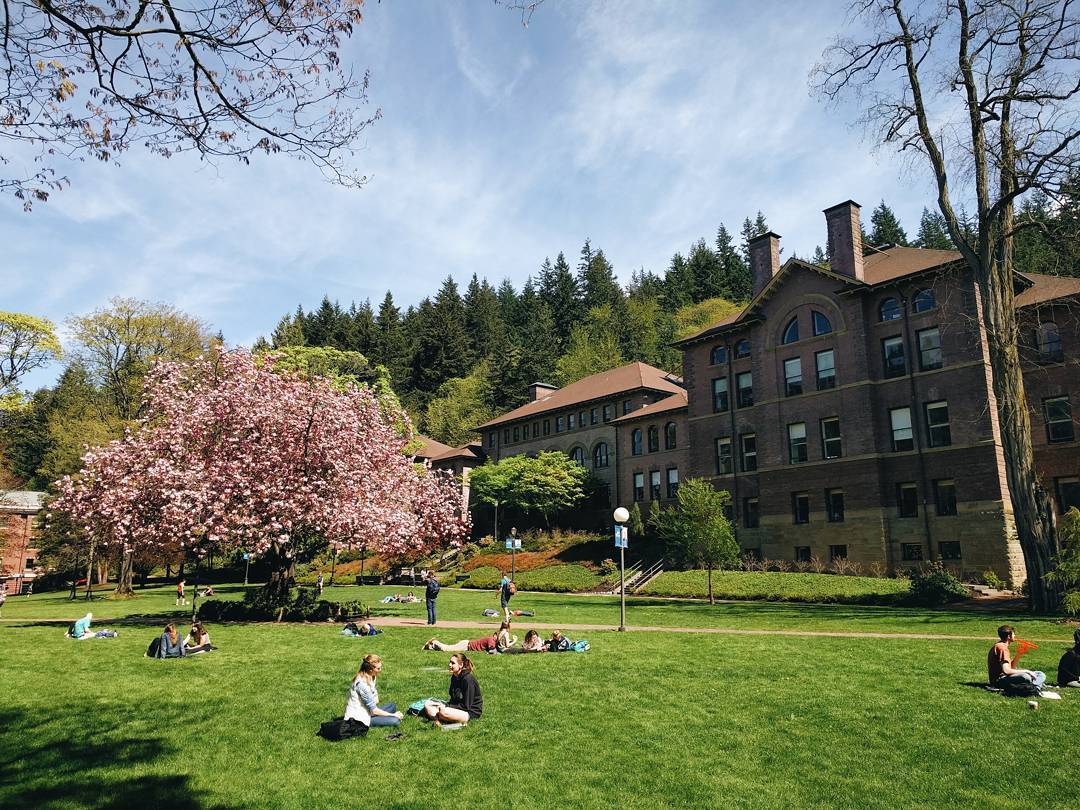 After learning that Western Washington University had readmitted a student expelled for sexual misconduct, a group of student journalists at the school’s independent newspaper, The Western Front, set out to uncover the frequency of such an action by their school. An ongoing federal investigation into the school’s handling of sexual assault cases also raised questions. So in 2017, the reporters began requesting documents containing the results of campus sex crime investigations that led to findings of responsibility on the part of the accused.

The student journalists received records about investigations of sexual offenses committed by students. But names in those records were redacted, making it nearly impossible to find out whether these students were allowed to continue attending classes. Two years and several subsequent records requests later, officials at Western still haven’t provided those names. And now, two current students and one former student are suing the university for what they contend is an unlawful withholding of public records.

The lawsuit, filed May 1 in Whatcom County Superior Court, alleges that Western violated the Washington State Public Records Act. The school maintains that it has complied with state laws. In a public statement, university officials said they “will respond to the complaint in Whatcom County Superior Court as part of the legal process.” They declined further comment when contacted by Crosscut.

“When we first started, we figured, OK, we'll make another request and we'll appeal [the original redactions] and they'll realize they made a mistake,” said Erasmus Baxter, a senior journalism major at Western and a plaintiff in the lawsuit. “We had no idea this would turn into such a protractive process.”

School officials initially cited the federal Family Educational Rights Privacy Act (FERPA) as the basis for refusing to release the names of students found guilty of sexual assault to the reporters. Doing so would violate FERPA’s mandate that schools not release personally identifiable information without a student’s permission, a public records officer at Western said via email.

Enacted in 1974, FERPA was designed to protect the educational records of students attending public learning institutions. The measures were largely in response to attempts by employers and government agents to obtain records without a student’s knowledge or permission. The legislation also gave parents the right to access their children’s school records and potentially challenge them.

One of several amendments to FERPA, passed in 1998, allows public postsecondary institutions to disclose the final outcome of a campus disciplinary proceeding for a crime of violence or non-forcible sex offense. While FERPA does not mandate the release of that information, state public records laws may.

“It's crystal clear that the whole reason the amendment was put into effect was to make it clear to universities that when records fall into the category of being a crime of violence and there has been a determination of guilt or wrongdoing, certain info, including a student's name, can be released without violating FERPA,” said Mike Hiestand, senior legal counsel at the Student Press Law Center, a nonprofit that supports and defends press freedom rights of high school and college journalists.

In 2004, the U.S. Department of Education advised Miami University in Ohio to avoid providing aggregate disciplinary records for sexual offenses if those records could feasibly be used in tandem with other records to identify victims and witnesses — a concern Western officials expressed to the reporters, who say survivor privacy is priority in their reporting.

Baxter said he was also told that the school worried it could open itself up to a FERPA lawsuit by providing the unredacted documents.

He and his colleagues were inspired to legally challenge the redactions after reading about a similar situation in which student reporters at the University of North Carolina at Chapel Hill sued the university in a public records dispute. The North Carolina Court of Appeals ultimately ordered the school to release the names of individuals found responsible for sex crimes through the university’s court system. Moreover, co-plaintiff and Western graduate Asia Fields told Crosscut that when she requested documents of the same nature from the University of Washington, names of offenders found responsible were provided.

While Western ultimately walked back its citation of FERPA, the university contends that state laws regarding personal records uphold the redactions. Hiestand of the Student Press Law Center disagreed with that interpretation, citing a 2007 Washington State Supreme Court ruling that a surveillance videotape of a school bus fight was not an educational record and, therefore, subject to public disclosure.

“That [law] just doesn't apply because these are not student records," Crittenden said. “It's not any particular student's file. Western just went looking for another exemption to withhold this record and they chose one that doesn't apply.”

It’s not uncommon for student privacy and public records laws to be misapplied by colleges when it comes to matters related to sexual violence, according to Hiestand.

"That clashes with the school's desired image and they're in the business of attracting tuition-paying students,” he said. “In other instances, there may just be some confusion over what the law requires."

Apart from Western’s refusal to provide unredacted versions of the investigation findings, journalists at the school say there is a pattern of the public records office missing deadlines.

It has been the office's protocol to respond to public records requests within 10 business days, violating state requirements that public agencies respond within five, according to email communication shared with Crosscut. Emails also point to issues with the office not following through on records requests until reminded by the requester and sending incomplete installments of documents.

“I think there's an expectation that we might just go away if it takes long enough or if there are too many barriers,” said Julia Furukawa, a co-plaintiff and senior journalism student. “And that’s not acceptable.”

The plaintiffs say they are willing to drop their lawsuit before court proceedings take place if the university furnishes the records in question, free of redactions.

“It's [Western Washington’s] obligation as a public agency to be accountable to the public,” Baxter said. “The Public Records Act isn’t an option. It's an obligation; it's a right.”