A new fund will let cities and counties keep $51 million in sales tax revenue for low-income housing construction and maintenance. 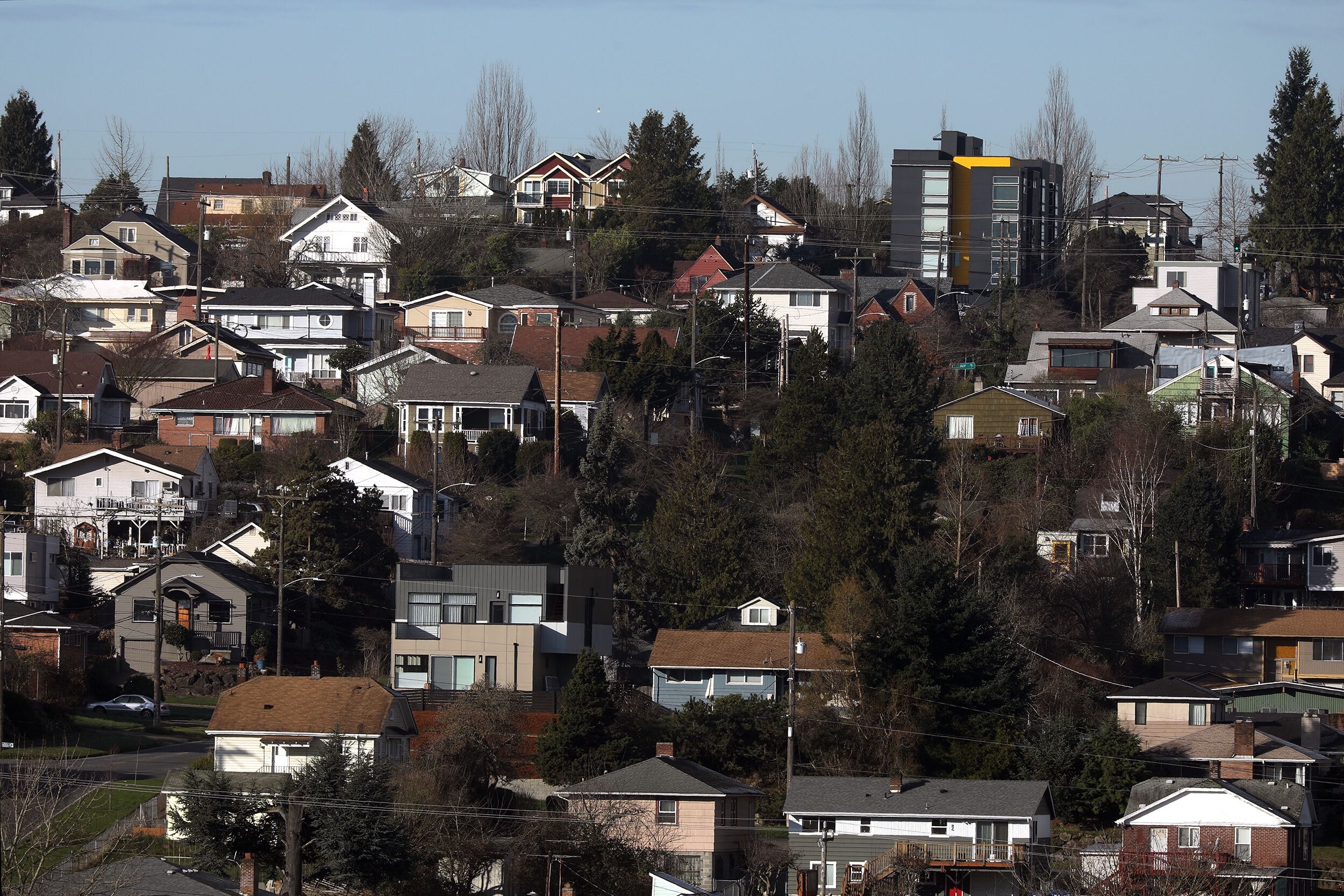 In this 2018 file photograph, single-family housing is seen in Seattle's Beacon Hill neighborhood. Seattle could get about $3.8 million a year through a new state program to build and maintain affordable housing. (Photo by Matt M. McKnight/Crosscut)

The Mason County Housing Authority is a small operation. The agency oversees 109 units of housing spread across 19 buildings that make up four apartment complexes in Shelton, the county’s only city. Most of the residents living there make no more than 60 percent of the area’s median income, currently $38,700 a year for a family of four.

The buildings were mostly constructed in the 1970s and ’80s, and they’re starting to show their age. Many need new roofs, wiring and windows. The rents tenants can afford to pay are too low to fund that sort of major maintenance, even combined with the bit of federal money the housing authority gets for the work.

“We barely make enough money to pay the mortgage and do the lawns and the things we need to do,” said Mason County Housing Authority Chair Kathy Haigh, a former state representative who served in the Legislature for 15 years. “Saving up the money to do the every 10- to 15-year maintenance is not something we’ve been able to do.”

To pay for some of the much-needed maintenance, the housing authority has refinanced its buildings several times. “We got a little extra money, but now we’re refinanced to the hilt,” Haigh said. When the decks and stairs at one of the complexes fell into a dangerous state of disrepair, Haigh had to go to the state to ask for money to replace them.

“We’re a small county. We don’t have the local taxes to really pay for this work,” she explained.

That’s why Haigh is excited about a new source of funding for local affordable housing created this year by the Legislature and signed into law by Gov. Jay Inslee earlier this month.

The new fund allows counties and cities to keep a small percentage of the state sales tax they collect if they use it to build, maintain or operate affordable housing that serves people earning 60 percent or less of the area median income. Counties with fewer than 400,000 residents and cities with fewer than 100,000 residents can also use the funds to provide rental assistance to low-income tenants. The Legislature committed to shifting about $51 million in the operating budget to pay for the program’s first year and funding it at similar levels for at least 20 years.

The new fund was one part of a big push from legislators this year to address the state’s interconnected affordable housing and homelessness problems. Those included land use changes to encourage more density in cities, eviction reforms and an increase in the Housing Trust Fund, a key source of funding for affordable housing construction.

“Of course we have the Housing Trust Fund that does a lot,” explained Rep. June Robinson, D-Everett and the lead sponsor of the sales tax funding legislation, House Bill 1406. “But we’re seeing that it just isn’t able to meet the need as it continues to grow around the state. I was looking for another way to boost capital funding for housing.”

There are more than 22,000 homeless people in Washington and 83 percent of low-income renters in the state are considered cost burdened, meaning that they pay more than 30 percent of their income for monthly rent. Having $51 million in funds from the sales tax bill “isn’t enough to actually solve the problem,” said Rachael Myers, executive director of Washington Low-Income Housing Alliance. “But every home that gets built houses an individual or family in need.”

She continued, “We’re really excited about passage of this bill. It’s necessary for there to be local funds that communities can have flexibility with and decide how best to deploy the money.”

The Association of Washington Cities, the cities’ lobbying group in Olympia, calculated roughly how much each city could be eligible to receive from the program based on 2017 sales tax revenues. Seattle, for example, could get more than $3.8 million in new funding each year. Spokane, Tacoma and Everett might get more than $318,000, $835,000 and $236,000, respectively.

The city of Shelton, where the Mason County Housing Authority operates its buildings, can expect to receive a little over $18,000 a year. That’s not enough to build new housing, but Haigh said it’s enough to “really help us get these buildings into shape. … We need a new source of money so we can make these buildings last 30 to 40 more years.”

Local leaders in Olympia are similarly excited about the possibility of using the funds for maintenance and operation, though the Olympia City Council has not voted yet on how exactly to use the funding. The city could get about $330,000 a year from the new fund.

In 2017, Olympia residents approved a $2.3 million levy to construct permanently supportive housing for people exiting homelessness. Supportive housing is low-income rental housing with built-in “wrap-around” services, such as addiction and mental health treatment. About 20 percent of the levy funds are dedicated to ongoing operations, but Jessica Bateman, an Olympia council member and mayor pro-tem, said, “We know that’s not enough. This will really help make our first home fund project much more sustainable in our opinion.”

Bateman said she also can imagine the city deciding to use the funds for rental assistance. The housing authority in Thurston County, where Olympia is located, distributes Section 8 housing vouchers. As is often the case, demand for the vouchers so greatly outstrips supply that people can’t even get added to the waiting list for them, let alone get the actual rental assistance. The housing authority added 1,000 people to the waiting list in winter 2015. The list has remained closed since.

“We have 53 percent renters in Olympia and almost half are cost burdened,” said Bateman. “They’re highly vulnerable to falling into homelessness. We drastically need to improve supports for those folks so they don’t.”

It is up to city and county councils to opt in to the new funding program. Rep. Robinson is hopeful that they do.

“It’s free money for them to use in the way they see as best for their community to address affordable housing,” said Robinson. “I’m very optimistic. I know counties and cities are anxious to use it. We want more affordable housing in our communities.”