A WA lawmaker just quit to lobby for Amazon. Most states wouldn’t allow that.

Washington doesn't require a "cooling off period" before state officials can take jobs to lobby their former colleagues. Why not? 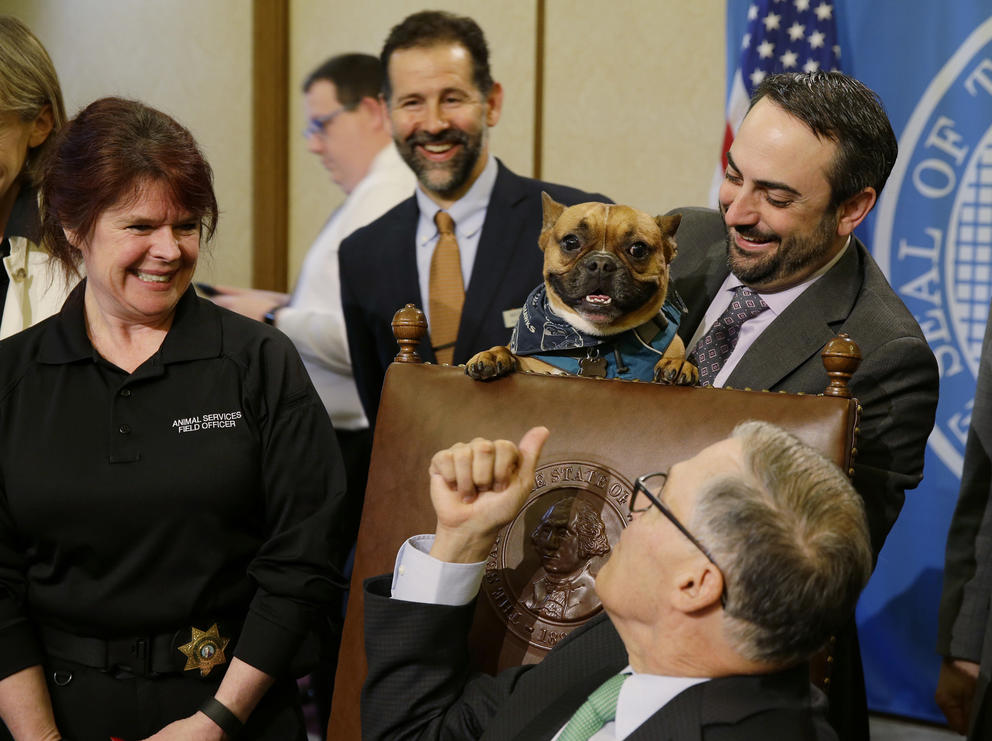 In more than two-thirds of states, Palumbo would be banned from moving immediately to a private-sector job in which he lobbies his former legislative colleagues. Washington, however, is an outlier in this regard. Here, there is no law in place to prevent Palumbo from leaving the Legislature and going straight to work as a high-level Amazon lobbyist.

Palumbo, who was elected in 2016, started Tuesday as Amazon’s statewide director of public policy.

In most states, having a so-called “cooling off” period between legislating and lobbying is viewed as a way to reduce the potential for conflicts of interest. At least 25 states ban lawmakers from sliding into lobbyist jobs for one year after they leave state service; at least nine states make the prohibition last two years, according to the National Conference of State Legislatures.

“It’s really the same as any ethics law — it’s there to protect the public interest,” said Kerrie Stillman, director of operations with Florida’s Commission on Ethics. The idea behind Florida’s two-year waiting period on legislators becoming lobbyists, she said, is to avoid situations where people “might factor their private interest over their public duty.”

Washington lawmakers have repeatedly declined to pass legislation that would establish a similar waiting period for themselves.

They have had many opportunities. Every year since 2015, state Attorney General Bob Ferguson has supported legislation that would create a one-year cooling-off period between the date when lawmakers and certain high-level state employees exit state service, and when they can take lobbying jobs. In each of the past five legislative sessions, however, the proposal has failed to advance.

Ben Wilcox, research director at the watchdog group Integrity Florida, said the goal is “just to put more distance in between their public service and when they enter the private sector.” The six-year prohibition in Florida will take effect in 2022.

“You have to ask yourself, if someone has their eye on a well-paying lobbying job when they leave public service, how does that color their decisions that they’re making when they are still in public service?” Wilcox said.

Palumbo, whose new position most likely will require him to register as a lobbyist in Olympia, declined to comment Tuesday. He instead directed questions to an Amazon spokesperson. Palumbo previously worked for the company as a manager from 1998 to 2004.

State Sen. Reuven Carlyle, D-Seattle, has been championing the bill to establish a one-year cooling off period in Washington state. Asked why the bill has yet to pass, Carlyle said “a lot of folks don’t like to do bills that are about the internal workings of the Legislature.”

Carlyle, who called Palumbo a “friend” in a social media post last week, said he has no concerns about Palumbo acting in an unethical manner. “I think he has the highest integrity, and I am not worried about it,” he said.

For the most part, Carlyle said his biggest worry isn't about elected officials transitioning to corporate jobs. Rather, the bulk of his concern lies with senior staff members and cabinet officials moving to private-sector lobbying gigs, after they may previously have had a role in selecting vendors for state contracts.

“As a general statement, I have felt for a long time that it increases public confidence by having a healthy cooling off period, as most states have and Congress has,” Carlyle said.

State Rep. Morgan Irwin, R-Enumclaw, agreed that closing the revolving door between state service and lobbying is important for building trust in government, which he hopes could encourage more voters to participate in elections.

“The point of going to the Legislature should not be to come out with a sweet private gig at the end of it,” said Irwin, who co-sponsored the cooling-off period proposal in the House this year. “That’s not why I’m there, and honestly I don’t think that was why Guy Palumbo was there, not at all.

“But I think by establishing a cooling-off period we can show voters that they are not electing people for their resume to be built, but instead to go to Olympia to work on behalf of their constituents.”

Some of the difficulty in passing the legislation comes from deciding exactly what jobs are off-limits, Irwin said. For example, he said some of his House Republican colleagues have concerns that a new law would limit jumps to private employers, while allowing moves to nonprofits or to other public agencies.

Another concern stems from the fact that Washington has a part-time, citizen Legislature.

Since many lawmakers need to maintain outside jobs, the bans on seeking other employment cannot be too strict, said Senate Majority Leader Andy Billig, D-Spokane.

“I think it’s a good thing that most legislators in Washington state are not career legislators,” Billig said. “I think that’s a positive, and if that is going to be the case, people are going to come from jobs and go to jobs, and we have to make sure there is a reasonable opportunity for that transition.”

Most other state legislatures — all but 10 — similarly operate part time, the National Conference of State Legislatures reports.

Billig said some lawmakers also worry that limiting opportunities for state workers to move to other jobs could make it more difficult to recruit and retain high quality employees.

At the same time, Billig said he thinks “there is room to create a bright line, to make sure we’ve instilled confidence in the public.”

Regarding Palumbo’s move to a lobbying job, Billig said, “I would not expect someone to follow a rule that does not exist.”

An Amazon spokesperson did not respond to a question about any ethical concerns that Palumbo’s hiring might raise. The company also declined to disclose Palumbo’s salary in his new job.

A second state lawmaker has also drawn scrutiny for work he is undertaking outside the Legislature — but, unlike Palumbo, he remains in office. State Sen. Doug Ericksen, R-Ferndale, recently registered with the U.S. Department of Justice as a foreign agent for the kingdom of Cambodia.

Ericksen is joined in that work by Jay Rodne, a former state House member whose term ended in January.

The two men registered as foreign agents through a company they co-own, which is receiving $500,000 a year “to promote improved relations between the USA and the Kingdom of Cambodia," according to documents they filed with the federal government.

Neither Rodne nor Ericksen appears to be in violation of any legislative rules or state laws.

Jennifer Strus, counsel for the state Legislative Ethics Board, said last month that as far as she can tell, “there is nothing in the state Ethics in Public Service Act that would prohibit” what Ericksen is doing — that is, as long as he isn’t lobbying Washington’s Legislature on behalf of the Cambodian government.

In a text message Tuesday, Ericksen said his company, Pac Rim Bridges LLC, “is not conducting any business in Washington state," thereby complying with ethics rules that prevent him from lobbying his colleagues.

Sophal Ear, an associate professor of diplomacy and world affairs at Occidental College in Los Angeles, said concerns over Ericksen's involvement with Cambodia should go beyond whether he has violated any state statute.

Last year, U.S. officials criticized the Cambodian government as holding elections that were "neither free nor fair," after the country's main opposition party was dissolved. The country also has cracked down on independent media.

Ear said Ericken’s support for the Cambodian government is not unlike a politician supporting the dictator Idi Amin, whose government was responsible for killing tens of thousands of people in Uganda in the 1970s.

“Just because it’s not illegal doesn’t mean it’s not immoral or unethical,” said Ear, a Cambodian American who came to the United States as a child.

Ericksen didn't address that criticism directly. Instead, he wrote in a text message, "I do not respond to absurd claims."

by / November 25
Inside Crosscut

Washington schools are changing how they teach Indigenous histories. Here's what the people who've already been through school can learn from these efforts. 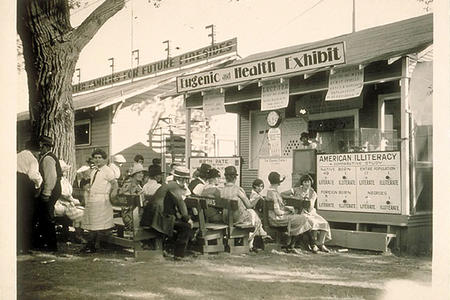 A false belief in the genetic superiority of virus survivors may help explain the Trump administration's mismanagement of coronavirus.