Why arming WA school officials might not be a bad idea 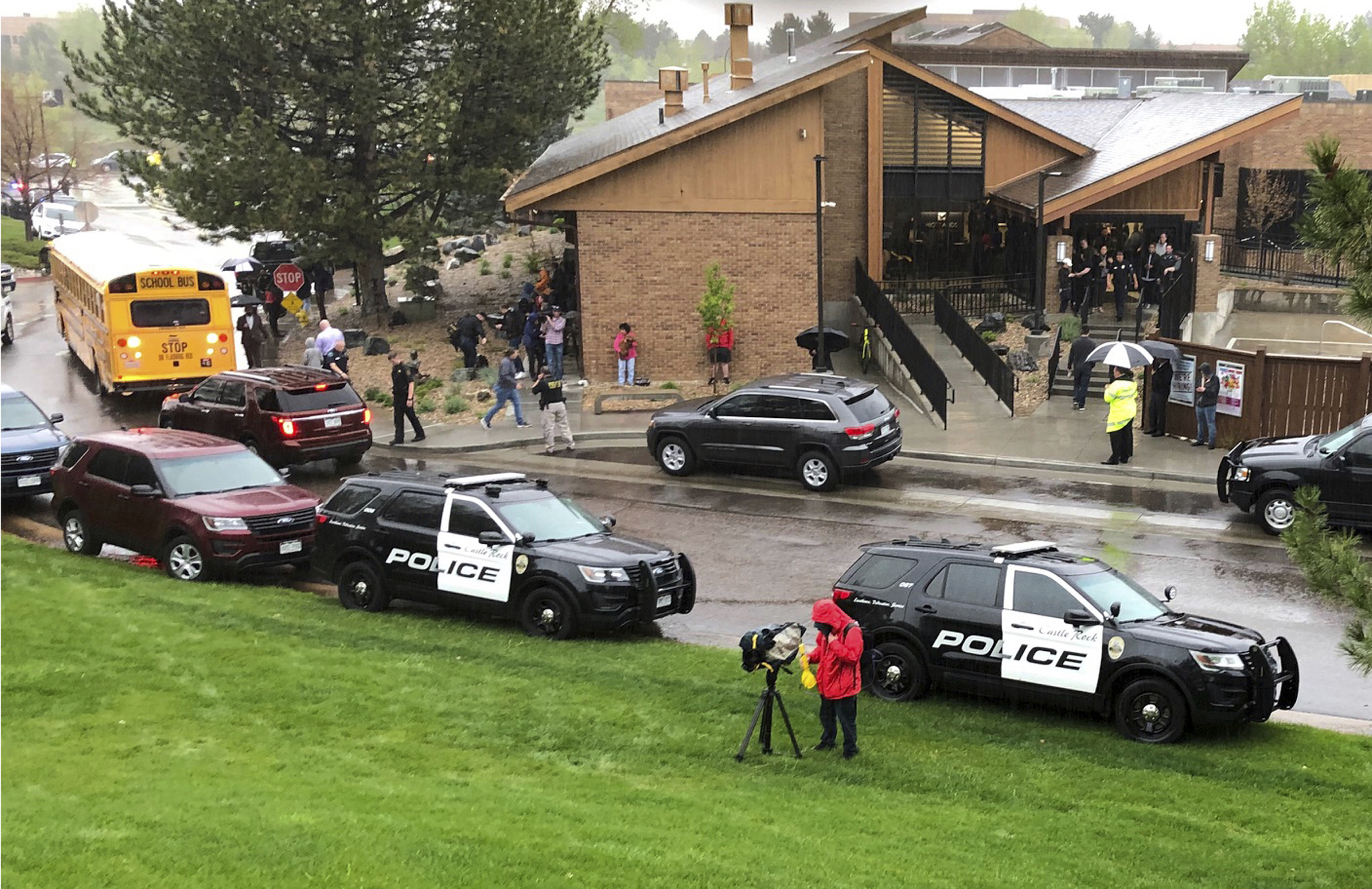 Should schools be prepared to attack a shooter while waiting for police to arrive? Police and others are seen outside STEM School Highlands Ranch, a charter school in the Denver suburb of Highlands Ranch after a shooting May 7, 2019. One student died and eight others were injured. (Photo by David Zalubowski/AP)

Pretend for a moment that you are scouting schools for your 8-year-old daughter. You want one with a rigorous curriculum enriched by a multitude of extracurricular activities. Most important — it has to be safe. It’s come down to two choices.

Where do you think your daughter would be safer?

After another school shooting just two weeks ago in Highlands Ranch, Colorado, the debate over keeping students safe swims once again to the surface. Both sides agree on steps that can preempt a shooter, but completely disagree when the subject changes to stopping a shooter.

State Sen. Phil Fortunato, R-Enumclaw, has repeatedly called for legislation allocating money to school districts to train school employees on the safe use of firearms in case of an armed attack at a school. State Superintendent of Public Instruction Chris Reykdal, a longtime educator himself, adamantly opposes the idea, stating, “I will not authorize, permit or distribute any resources to support efforts to arm teachers. State law is clear that our schools are gun-free zones for teachers and students.”

Instead, legislators introduced a slew of bills in Olympia this session that focused on hiring more counselors, training teachers and counselors to look out for worrisome signals and increasing emotional and mental health support for at-risk students. The Legislature and the governor enacted a bill to create school safety plans, threat assessment plans and other measures.

These are good ideas aimed at preempting or deterring an attack on a school. But, despite all the training, all the counseling, all the social media monitoring, the extension of risk-protection orders for dangerous juveniles, all the information sharing between cops, mental health professionals and school officials, the worst can still happen. And then what? Every school shooting going back to Columbine 20 years ago happened in a “gun free zone.”

That’s a reality Superintendent John Cerna grappled with in the Toppenish School District five years ago after the ghastly attack at Sandy Hook Elementary in Newtown, Connecticut. “What’s really critical is not arming our people, but making sure that our kids are safe,” he said last year.

He also said, “Is it really the school district’s job, our principal’s job, the vice principal’s job to give up their life for your children? Most people would say, ‘Yes,’ but it’s not in their contract. They have a family, too. So if you give them tools, which they can protect their staff and students with, this is what it’s all about.”

Cerna’s program allows administrators and directors to carry guns, but not teachers, which sounds like a good place to draw the line. In eight of the district's schools, there are 19 administrators carrying weapons. As with the air marshal program on planes, students don’t know which administrators; if someone wanted to target an armed guard, they wouldn’t know who to go after.

None of this was done on a whim. It took a year and a half to develop and implement the policy. Each of the administrators received and continues to undergo extensive firearms training on the range. They also receive classroom instruction, which includes safe firearms use and maintenance, and understanding the psychology of a shooter. Recertification happens annually, with a full day of additional training per quarter. Cerna believes his school district is now the most secure in the nation. And none of the concerns raised by critics — such as guns getting loose and armed administrators overreacting — has come to pass.

It’s tempting to simply say that schools should hire armed guards. But not all can afford one, and even if there is one, he or she might be on the other side of a large school or sprawling campus.

The eight schools in the Toppenish district are prepared to stop an armed attack, should it happen. Almost every other school in Washington is not.

When a mass shooting breaks out in a school, there are exactly two ways to react: The first is to call 911, lock the classroom doors, hide or shelter the students as best you can and wait for the police. If it takes two minutes for the cops to get there, a shooter with extra ammo can easily fire more than 100 bullets.

The second is to have a security plan in place that involves all of the above plus having someone firing back at the shooter from within the building.

It’s understandable that people associate guns with violence. But guns can also be used to stop violence. In some situations, it’s the only way. Why is it a virtue to ignore that reality?

Even in their personal lives, deep down, liberals know better than to advertise their vulnerability to an armed attack

I know plenty of right-leaning folks who have stickers on the doors or a window of their home advertising their membership in the NRA or announcing, “This house is insured by Smith and Wesson.” I also have many progressive friends who don’t own guns and would never own one. But no one has a sticker in the window announcing that they live in “a gun free zone.” Why would they want to publicly advertise their vulnerability to attack? They should think hard about that before advocating gun free zones in buildings filled with children.