Seattle Public Schools officials say a partnership with the Technology Access Foundation could help the district close academic gaps for students of color. 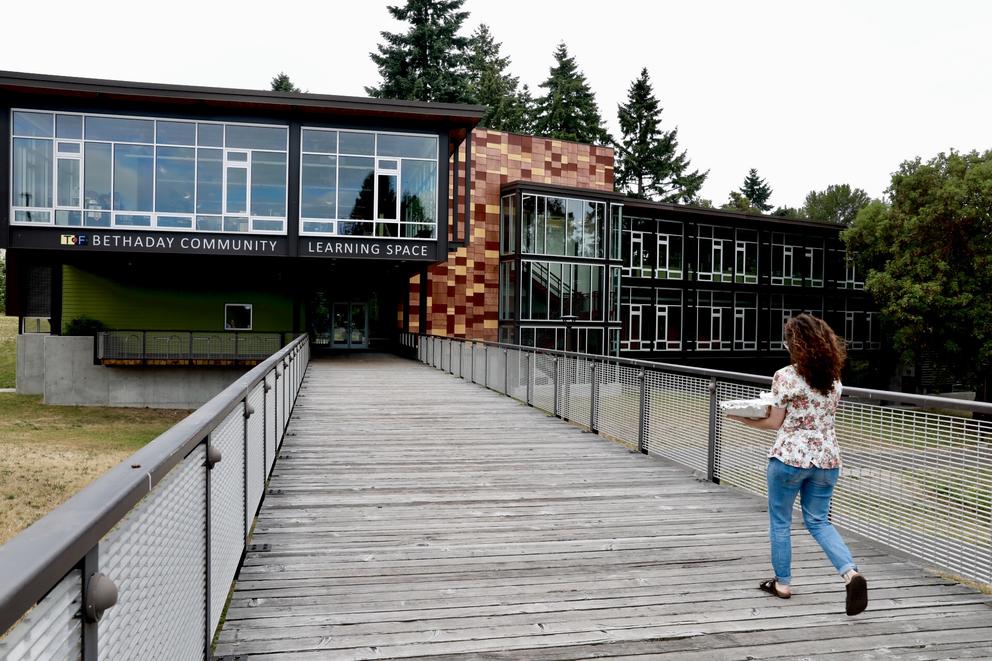 When leadership at the nonprofit Technology Access Foundation (TAF) first approached Seattle Public Schools about collaborating in the early 2000s, the prospect seemed hopeful. TAF had launched in the Columbia City neighborhood of Seattle in 1997 as a STEM-focused after-school program, with an emphasis on students of color. The program had demonstrated a 95% on-time graduation rate, with all graduating participants accepted to college.

But after nearly two years of planting the seeds for a partnership with nearby Rainier Beach High School, one fateful meeting in 2007 brought those negotiations to a halt. The message from most students, families and educators at the school was clear: TAF was unwelcome.

"I think there was some fear of TAF coming to Rainier Beach and it was seen as a takeover,” said Trish Millines-Dziko, co-founder and executive director of TAF. “At that time, what we realized is that there was a lack of trust [in the district] in the community.”

She added that the Parent Teacher Student Association at Rainier Beach eventually reached out to apologize, citing misunderstanding about the nature and intent of the program. But by then, Millines-Dziko had set her sights on working with schools south of Seattle. TAF began with Federal Way Public Schools and in 2008 created the TAF Academy, the first school in the state to be co-managed by a public school district and a nonprofit. The sixth to 12th grade program, now called TAF @ Saghalie, expanded in 2017 to serve an additional 400 students after originally serving about 300. TAF also hosts programs in Tacoma elementary schools.

More than a decade after the first partnership proposal fell through, Seattle Public School officials once again are exploring the possibility of a partnership with TAF that could bring Seattle its first public neighborhood school focused on science, technology, engineering and mathematics, or STEM.

The school, tentatively dubbed TAF Academy Seattle, could launch in 2020 and would serve only sixth grade students to start. The district would add another grade level each year thereafter until the program reaches grade 12. The intent of the program would be “to close the academic gaps experienced by students of color,” according to a memorandum of understanding between TAF and the district signed in May.

The program at TAF Academy Seattle is also envisioned to include project-based learning, mentorship from professionals working in STEM fields and partnerships with colleges.

While SPS currently operates two STEM-focused schools —  Louisa Boren K-8 and Grover Cleveland High School —  families must opt in to those schools. TAF Academy Seattle, however, would be assigned to students living within the attendance area of the school.

Although no official partnership agreement has been signed and district officials say they are still weighing options, Washington Middle School in the Central District is a strong candidate, Millines-Dziko told Crosscut. Engagement with families and staff around the possibility of housing TAF Academy Seattle at the school's campus is underway.

But some advocates have concerns about whether TAF’s curriculum, which places all students in a given grade level within the same academic program, could negatively impact students currently in the school’s advanced learning program.

“One of the issues is, how do we serve advanced learners?" said Melissa Westbrook, a Seattle-based education advocate and blogger.

Approximately 56% of children at Washington Middle School currently participate in the district’s Highly Capable Cohort (HCC) program for students identified as gifted. Children of color make up more than three-fifths of the school’s student body.

However, white students at Washington receive HCC services at the highest rate — nearly 85%. Educators and families have said the segregation of students by ability level, referred to as tracking, also has led to classrooms presenting as racially segregated. Some teachers already have begun integrating their advanced and general learning classrooms as part of a larger push to homogenize classrooms across the district.

Under TAF’s school model, students would not be tracked.

"Our model is designed for all levels and we have HCC students in Federal Way who do great in our model,” Millines-Dziko said. “We don't believe in tracking; we believe in kids learning together and teachers guiding them along the way.”

Westbrook added that while she is not against TAF coming to Washington Middle School and believes in the organization’s mission, she worries the district may already be set on moving forward with the partnership before eliciting meaningful feedback from the community.

"I think the main issue as is usually [the case] with this district is poor communication,” she said, “especially since poor Washington Middle School has had a terrible year. It's hard to believe they would just spring this on [families].”

Washington has grappled, among other problems, with issues surrounding an ongoing science teacher vacancy and outrage over the current school administration’s disciplinary tactics. Several parents, students and community members have aired complaints about school leadership at recent school board meetings. A notice was sent to families in early June that the school would be getting a new principal at the start of the 2019-20 school year.

Millines-Dziko said that while she understands the apprehension some may have about the prospective partnership, she urged the community to be patient.

“I would love people to give us a little bit of grace and let us work through this and have some level of trust that we are being transparent,” Millines-Dziko said. “There are a lot of people who feel they should be the first to know things, but everybody can't be first. I don't want a repeat of Rainier Beach.”

Laura Lehni, an eighth grade social studies teacher at Washington who has been a vocal opponent of academic tracking, said she was keeping an open mind about the potential partnership.

“As someone who has seen how tracking impacts our students negatively, if TAF is coming in and it means we'll no longer be tracking our students, that could be a good thing," Lehni said.

However, she cautioned that a STEM-focused neighborhood school could put students receiving special education services at a disadvantage, should the curricula not be adapted to suit their needs.

Additionally, Lehni raised concerns over the precedent that TAF set in Federal Way for teachers to reapply for jobs in their school buildings amid the rebranding process. While these educators wouldn’t be losing employment with SPS altogether if denied a position, they would need to find another one within the district.

"For us community is very important and part of the reason we chose to be at Washington,” she said.

Millines-Dziko emphasized that TAF intends to carefully consider the input of the community before moving forward with any official plans.

“What we want to do is get a full understanding of what families want from their kids,” she said. “Our model is student-driven so we also want to hear from the kids, too, but we're starting with parents. We want to create a culture that supports the kids.”