While the state Department of Ecology is concerned about meeting deadlines, the proposed solution from the U.S. Department of Energy is a nonstarter. 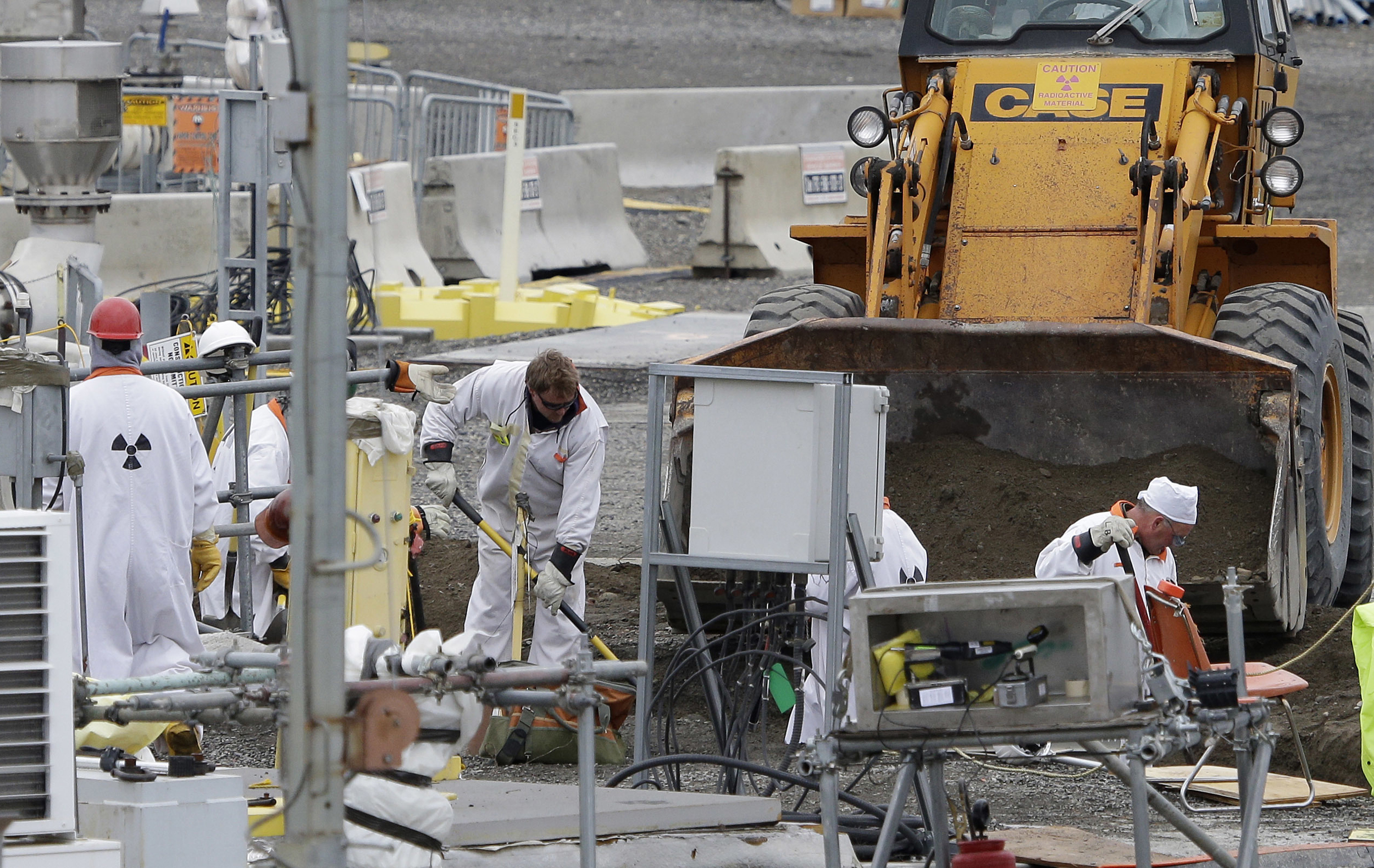 Workers at the 'C' Tank Farm at the Hanford Nuclear Reservation, near Richland, Washington, on March 6, 2013. (Photo by Ted S. Warren/AP)

The cleanup at the Hanford site has been a fraught affair. The effort to prevent contamination at the decommissioned nuclear production complex has eaten up decades, blown up budgets and, ultimately, failed to prevent some of the most destructive chemicals in the world from leaching into the Central Washington landscape.

Now, with a set of deadlines to contain the worst of the facility’s radioactive waste approaching, the U.S. Department of Energy wants to change the rules of Hanford’s cleanup in a wholesale manner. The idea is to drastically speed up work at Hanford by minimizing some of the engineering headaches that come with the disposal of harmful materials.

The state of Washington is angry about this, saying DOE is unilaterally rewriting how it will handle Hanford’s worst problem — the 56 million gallons radioactive wastes in the site’s 177 underground tanks — while ignoring any state input.

The dispute boiled over this week.

DOE announced Wednesday that it was entering into the Federal Register a plan to bureaucratically change what is classified as “high-level wastes” for much of Hanford’s tank materials, reclassifying some of the more harmful materials to “low-activity wastes” without physically changing the wastes.

A press release responding to the DOE action from the offices of Gov. Jay Inslee and Attorney General Bob Ferguson stated: “By taking this action, the administration seeks to cut out state input and move towards disposal options of their choosing, including those already deemed to be unsafe by their own assessments and in violation of the existing legally binding agreement. We will consider all options to stop this reckless and dangerous action.”

DOE also recently proposed changing the next four years of Hanford’s most complex cleanup plan on the fly.

Experts say the new plan is shaky, and the state has said that it might go to court to enforce the current legally binding timetables and established methods that DOE wants to change.

On May 29, Maia Bellon, director of the state Department of Ecology,  sent a letter to DOE to protest the federal government's plan to introduce a substitute technology to convert some of Hanford’s less dangerous radioactive wastes into glass. DOE officials believe the new approach would help the facility make a 2023 deadline, but Bellon voiced wariness about that plan and dissatisfaction with DOE’s progress in trying to meet key deadlines in Hanford’s cleanup.

Her letter became public on Tuesday.

In a statement issued Tuesday, DOE said: “We are aware of the letter and are working on responding to [the Department of] Ecology through the proper channels.”

Tom Carpenter, executive director of the Seattle-based watchdog organization Hanford Challenge, expressed concerns about the proposed new approach, saying DOE is “desperate for a Plan B.”

At the center of the conflict are Hanford’s underground waste tanks — arguably the worst chemical and radiological problem in the Western Hemisphere.

As Hanford manufactured plutonium in reactors from 1943 to 1989 for the nation’s atomic bombs — including the one dropped on Nagasaki, Japan, at the end of World War II — it created what added up to 56 million gallons of radioactive chemical wastes stored a few miles from the Columbia River in 177 underground tanks. Most of the tanks are single-shell; the remainder are double-shell.

The leaked contaminants have soaked down to the aquifer, which has transported the substances at different speeds to the Columbia River, where salmon spawning grounds and riverside cities are at risk. So far, milder contaminants have reached the river, which has diluted them. However, some chemicals and nastier radioactive contaminants, such as cesium and plutonium (which are linked to cancers), move more slowly through the ground, threatening the Columbia in a yet-to-be-determined time period with greater amounts that won’t dilute as easily.

Hanford’s master plan has been to pump the wastes from the single-shell tanks to the safer double-shell tanks. Complicating this is the fact that the wastes consist of at least 100 different chemicals and radioactive substances in unknown combinations that exist as fluids, salts, chunks and peanut-butter-like goop. The different substances and levels of radioactivity make it extremely difficult to produce chemical reactions to convert all of the wastes into materials that can be turned into glass, a process known as vitrification.

Through a complicated 1989 legal contract between DOE, the state and the U.S. Environmental Protection Agency, as well as a number of more recent court orders, Hanford’s approach has evolved.

Actually, there are two pretreatments facilities in play. The big one is supposed to separate the low-level and high-level wastes beginning in 2030. A second, simpler, small pretreatment plant is to chemically prepare existing low-level waste for vitrification in 2023.

The three main facilities have been under construction since the early 2000s — but progress has been erratic. The second, smaller pretreatment plant has been completed in recent years.

The overall project has been plagued with numerous cost increases and delays. Originally scheduled to be up and running by 2009 at a cost of $4 billion, the project has yet to finish construction and now has a price tag of at least $17 billion. The high-level radioactive waste plant is legally required to start processing waste by 2031, while the low-activity waste plant is required to start glassifying by 2023. The overall pretreatment plant is legally set to start in 2030.

A specialized smaller pretreatment facility solely for some low-activity wastes has been scheduled to begin work in 2023, along with the low-activity vitrification plant. The idea is to begin glassifying some of the easiest wastes as soon as possible — by 2023 — to create some momentum for the sluggish project.

Here is where the legal timetables fall apart.

In fact, DOE has sidelined much of the work on the overall pretreatment plant and the high-level waste facility.

Bellon’s letter also noted that DOE told the state in late 2017 that the feds have “80 percent confidence” that the smaller specialized pretreatment facility — the key to removing certain low-activity wastes from the jumbled material in the tanks — would be ready by 2024. That means the accelerated low-activity waste vitrification plant scheduled to open in 2023 likely won’t have the actual waste to process until 2024.

Bellon wrote: “In 2018, (DOE) made the unilateral decision to shut down the planned construction of the (smaller pretreatment) facility and shelved its design. DOE shifted its focus to design of a Tank Side Cesium Removal system to provide similar functionality. The scaled down, skid-mounted TSCR technology is intended to provide enough feed to begin (pretreatment) operations by 2023.”

In other words, DOE intends to find a double-shell tank with the right mixtures of low-activity waste in it and filter the wastes so the highly radioactive cesium is removed. Then the low-activity vitrification plant can convert the cesium-less wastes into glass in time to make the 2023 deadline.

Carpenter, who has led the Hanford watchdog and whistleblower-advocacy organization since the 1980s, is concerned about switching from the heavily studied pretreatment technology to the new cesium-removal technology for the small accelerated pretreatment plant.

“Where are the studies behind this?” he asked regarding the effectiveness of the cesium-removal technology. He noted that converting raw wastes — with numerous ingredients — into something that can be glassified is complicated and tricky. The final glass must achieve precise specifications for eventual burial. The proposed burial site is a manmade cavern in a Nevada mountainside that has been stalled since 2010 by  political machinations.

In her letter to DOE, state ecology head Bellon contends that DOE won’t be able to meet legal deadlines to empty all tanks by 2040 and complete vitrification of all the wastes by 2047. She also is worried that Hanford’s 28 double-shell tanks won’t have enough room to hold all the wastes pumped from the 149 single-shell tanks. Also causing problems is the fact that the state and DOE have not agreed on designs to be used in future extra double-shell tanks.

The federal government might not be done rolling out new plans.

Carpenter with Hanford Challenge notes there have been discussions in federal circles that DOE is considering filling the tanks with a cementlike substance called grout, which would encase the radioactive wastes in a type of concrete.

DOE considered this option in the 1990s, rejecting it for technical reasons in favor of the vitrification project that Hanford has been pursuing for the past 25 years. However, a 2017 General Accounting Office report noted grout is a cheaper option than it was in the 1990s. 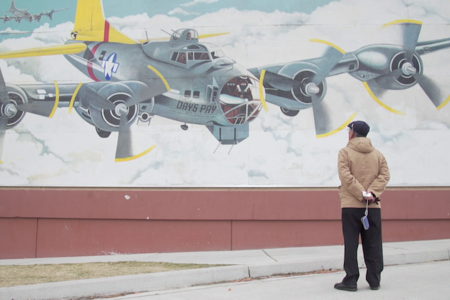 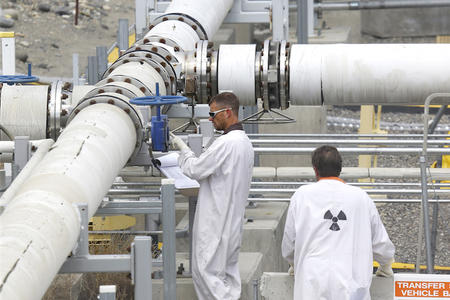