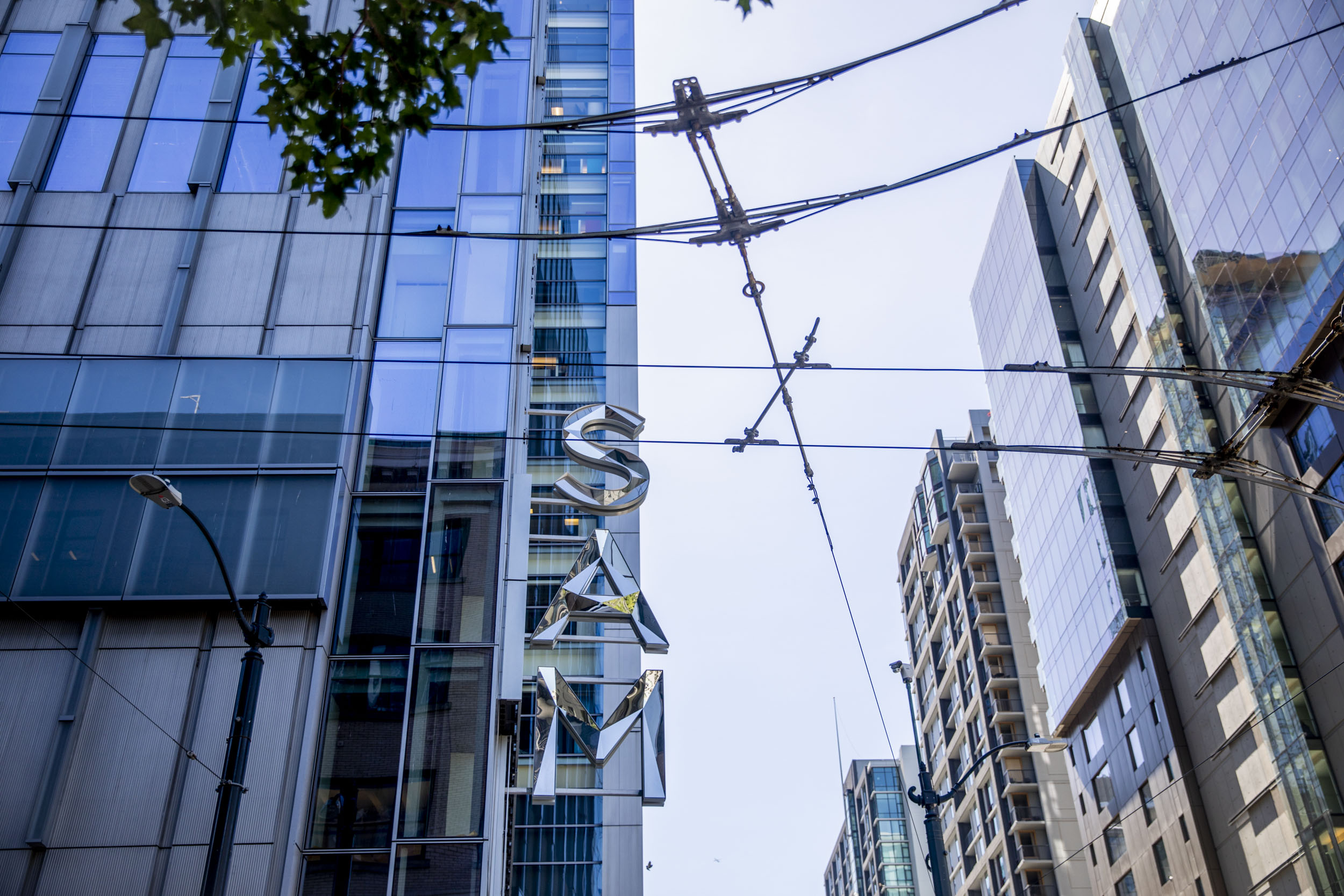 A Google spreadsheet that has gone viral nationally may come in handy as the security staff at the Frye Art Museum prepares to negotiate its first contract after overwhelmingly voting last week to form the Art Workers Union.

A growing number of workers in the arts and culture world, including one staffer at the Frye, are voluntarily and anonymously sharing their wages on the spreadsheet, which dropped last month. The document was originally created by Michelle Millar Fisher, an assistant curator at the Philadelphia Museum of Art, who told the Philadelphia Inquirer she was inspired by Kimberly Drew’s speech at the 2019 American Alliance of Museums conference. Drew explained that she increased the Metropolitan Museum of Art’s social media audience by 6 million new followers, but never made as much money as her predecessor — a white man.

The document is drawing in professionals in numerous roles at organizations ranging from museums to theaters and government offices that deal with the arts. The spreadsheet includes columns for people to disclose their employer, their role, department, city, starting and current salary, length of employment and more. The entries range in departments and roles, from curators, back-end workers, artists, directors, visitor services, fellows, IT, grant writers, librarians and janitors.

The movement highlights increasing national labor efforts tackling salary discrepancies and income inequity for those working in the arts. It’s not just the Frye taking a stand; workers at the Guggenheim Museum and the Brooklyn Academy of Music are also bringing awareness to salaries within art and culture organizations.

The document has more than 2,500 entries, although only 24 can be attributed to Seattle organizations, despite what is generally regarded as a robust arts scene in the city.

Organizations identified on the spreadsheet include the University of Washington’s Burke Museum and Henry Arts Gallery, Arts Corps, Artech, the Seattle Art Museum (SAM), and Seattle’s Office of Arts & Culture (OAC) — even though the government salaries at some, such as the Burke and the city arts office, are all publicly available online.

In the visual arts world, in particular, it’s understood that devoted security workers play a pivotal role in keeping priceless, symbolic and cultural pieces of art work safe from thieves. History has shown what can happen when security workers lack commitment to their roles, as The Isabella Stewart Gardner Museum in Boston learned when on March 19, 1990, a distracted security guard opened the door to thieves who carried away $500 million in art, marking one of the largest property thefts to ever occur.

John Edens, a security supervisor at the Frye Art Museum for the past 2½ years, said by phone that he entered his wages onto the spreadsheet.

The only security supervising role listed, attributed to an unidentified “art museum” in Seattle, shows a starting hourly wage of $14 an hour in 2017 and a current wage of $17.63.

“Like most people, I’m on there anonymously and now that there's a thousand different entries on it I think it’s a good practice,” Edens said, but did not explicitly confirm the $17 figure was his. “However, it highlights what a lot of people [know].”

Caitlin Lee, another Frye security employee, said a turning point was when the museum framed an obligatory minimum wage hike as a reward for their hard work.

“That was a slap in the face,” she said, adding, “they legally have to pay me more, so to tell me they're proud to give me a poverty wage was just kind of the last straw for me [and] made me start talking to my people who are struggling to survive,”

Twelve security staffers at the Frye began having “serious” meetings in March about unionizing. On June 18, the staff voted to formally create the Art Workers Union, a first of its kind in Seattle.

Those initial conversations surfaced details like that of a co-worker who postponed oral surgery in order to save for it. Another person, along with a spouse, was forced to move back in with parents. One staffer has a two-hour round trip commute every day because they can’t find affordable housing closer to work.

“While [the Google spreadsheet is] helpful, for us the best option we felt to move forward [was] to create something longer lasting ... a union,” said Edens, adding that he can only speculate as to why the document hasn’t been flooded with Seattle-area art workers.

In an email statement to Crosscut, the Frye said it’s “working to promptly coordinate a mutually agreeable date to begin contract negotiations in the coming weeks. We look forward to a productive discussion approached in good faith.”

When Erika Lindsay, a spokesperson for the city OAC, first heard about the spreadsheet, she began parsing through it for the Seattle salaries.

Lindsay, who before working at OAC worked at the SAM for 10 years and did contract work for the Frye, said she wondered whether Seattle art workers aren’t running to disclose their wages and salaries because of shame or fear.

“I don't understand how people can afford to live here on those salaries,” she said.

The average arts salary, according to calculations based on the 24 current disclosed entries, is $43,904. Crosscut could not independently verify all the salaries due to the anonymous nature of the form.

The document comes at a time when Seattle is facing the impacts of a homelessness crisis and income inequity. According to a study conducted earlier this year, a $72,000 salary is needed to live comfortably in Seattle.

The highest top salaries in Seattle on the document belong to a lead fabricator at an undisclosed exhibit fabrication company ($60,000),  an executive director at a performing arts organization ($65,000), an OAC arts program specialist ($76,009) and a collections manager at an unknown Seattle-area state history museum ($81,582).

“You’re not going to attract directors or curators if you’re not able to pay them,” she said.

Betsey Brock, the executive director of On The Boards, a local performance art company, said she shared the document on Facebook, hoping to encourage others to participate.

“As someone leading an organization and [who] cares about the arts ecosystem, understanding what people are being paid, what kind of benefits are being offered, the size of the organization and  their budget is important to stay competitive,” she said.

Security staff members at the Frye said they are only asking for a dignified wage.

“There’s often a claim that there’s simply not enough to provide its most essential staff a living wage, and I think because people love working for these institutions they’ve been willing to take on that weight for long periods of time, sometimes years, but at this point folks just aren’t buying it anymore,” Edens said.

According to the Frye's most recently filed 990, an Internal Revenue Service form documenting the finances of tax-exempt entities, the top five highest paid professionals at the museum make under $71,000. However, the document separately lists the $229,036 salary of CEO Joseph Rosa. It also shows the organization paid Nitze-Stagen, a property management and real estate development company nearly $206,000.

“They have millions of dollars in their endowment, they have property holdings — they have the money,” said Frye worker Lee. “They’re paying executives hundreds of thousand dollars. They're not going to go bankrupt giving us more than minimum wage and bus passes.”

The Seattle Art Museum is by far the most represented institution on the Google spreadsheet, with four employees anonymously disclosing their salaries, but one included only a starting salary.  A coordinator position listed a $41,000 salary, an art handler $40,435 and a visitor services officer clocked in with a $16.25 hourly wage, which roughly amounts to a $33,800 salary.

Comparatively, SAM’s most recent 990 for the 2016 fiscal year shows director and CEO Kimerly Rorschach, who is retiring and will be replaced by Amada Cruz in September, made $516,956.

In an email to Crosscut, Rorschach said the museum relies on local and national market data to determine salaries for similar positions in other fields. She added that the museum offers competitive benefits, including a merit pay program, retirement plans with employer contributions and match, ORCA card contributions for full- and part-time employees and health insurance for full-time employees.

“SAM is constantly working to meet the challenges of a competitive wage environment, with a low unemployment rate and the rising cost of living in Seattle,” Rorschach said.

The museum said it supports employees' rights to discuss wages and believes transparency is important, citing the museum's participation in four annual salary surveys conducted widely within the industry.

In an interview with Crosscut earlier this month, SAM's Cruz was cautious about the spreadsheet, noting it may not be representative in part because the salaries are not contextualized.

“The figures aren’t meaningful unless you look at the context,” she said. “New York City is an expensive place. … There’s such a supply of talented people who want to work in a museum [there that it] drives down the salaries — that’s just a reality of capitalism.”

by / June 11
Article continues below