Orcas: Call them by their names

As the killer whale population continues to suffer, we should declare their names with pride. Names are an invitation to care. 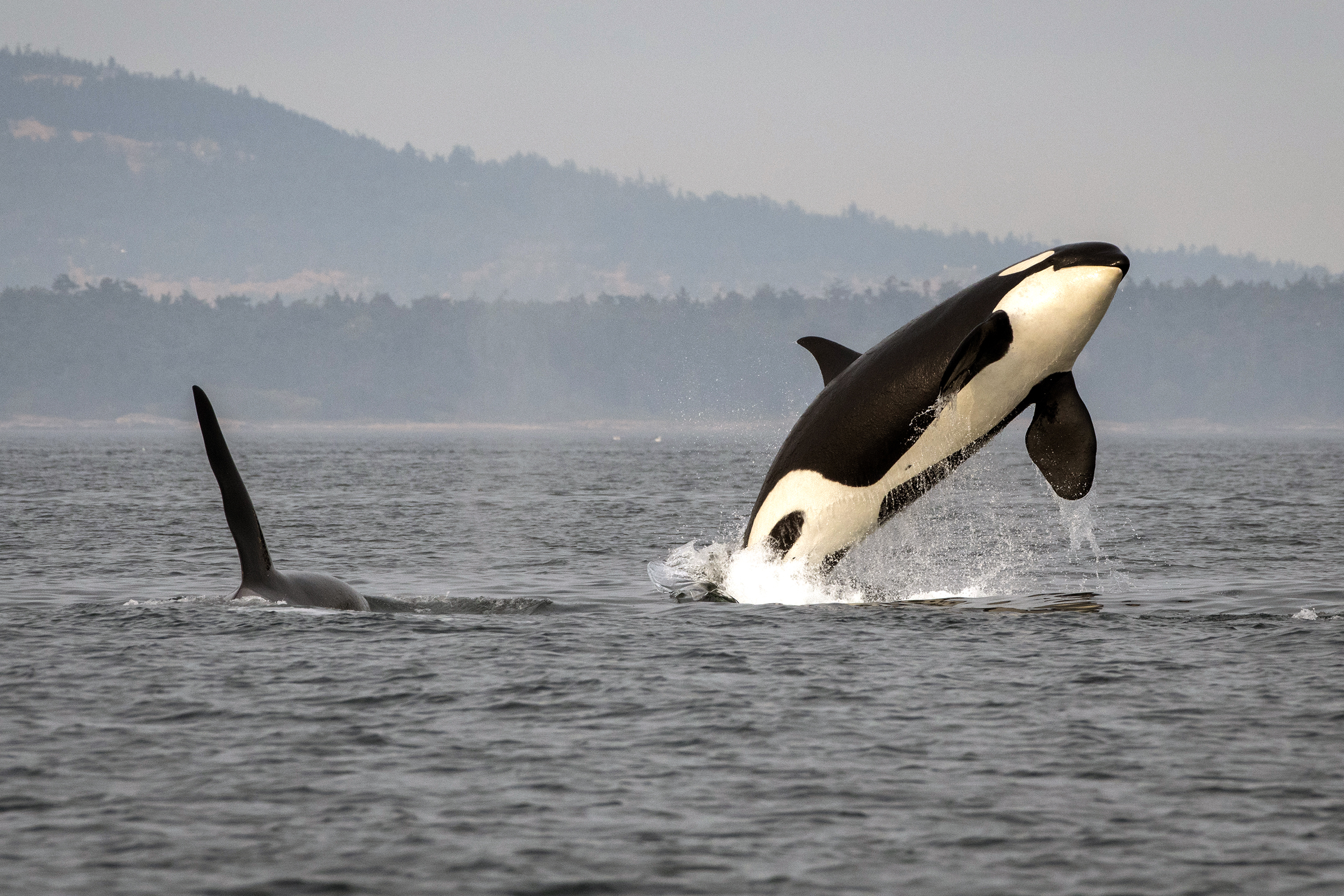 Here in the Pacific Northwest, media are reporting that the orca J17 is emaciated and likely dying. Orcas, or killer whales, are the icons of Washington state and British Columbia, and the population known as the southern residents is endangered because of a combination of factors including overfishing, damming of rivers, destruction of salmon habitat, pollution, climate change, ever-increasing marine traffic and a devastating decade where the whales were being taken from their homes and sent to marine parks around the world.

J17 is one of the remaining 76 endangered southern resident orcas, and she has a name: Princess Angeline. The 42-year-old grandmother — who should be able to live at least 40 more years — is one of the few remaining elders in this matriarchal community. Her  3½-year-old daughter, Kiki — one of the young females vital to the future of these orcas — is also in rough shape.

People who spend time around orcas quickly realize that they have unique personalities. Orcas display empathy, grief, altruism, curiosity, a sense of humor and virtually every other trait we like to claim as distinctly human. They are one of the only species on the planet where females regularly live beyond their reproductive years. The evolutionary theory behind this — the “grandmother hypothesis” — is that matriarchs are needed to pass on their wisdom.

The numbering system for orcas was created in the 1970s by Canadian researcher Michael Bigg to determine the size of the whale population along the Pacific Coast. The letter is the name of the pod; the numbers were originally based on the order in which the whales in the pod swam by his boat.

These two ecotypes don’t just have different diets, but different behaviors and languages. Bigg referred to them as having “different cultures.” Identifying the southern residents as a unique — and very small — community ended the orca captures that had decimated almost an entire generation.

Despite the numbering system, Bigg and his team still gave nicknames to some of the orcas. The idea of naming all the other orcas in the region came later and was intended to get the public to care about the whales.

Jane Goodall changed the world by naming the animals she studied. People who had never cared about apes quickly connected with stories about David Greybeard, Flo and Flint.

A few years ago, one of the most reviled humans on the planet was the American dentist who shot “Cecil” the lion in Zimbabwe. The month Cecil was killed, American hunters slaughtered 69 other lions in Africa that we know of. How much have you heard about the hunters who shot lions that didn’t have names?

Lab animals rarely get names. Organizations like Amnesty International fight to remind people that asylum seekers are names and not numbers. Names are an invitation to care.

The Whale Museum in Friday Harbor started an “orca adoption program” for the southern residents in 1984 to raise awareness and funds. The orcas were named for people, places, physical characteristics or behaviors they exhibited. Some names are dignified and some are silly because they were suggested by children.

Some of the more recent names have come out of consultation with local Indigenous communities. Princess Angeline was named after the eldest daughter of Chief Sealth, Seattle’s namesake. So was Kiki — short for Kikisoblu, her name in Lushootseed.

The Center for Whale Research in Washington (which continues to run the orca survey Bigg created) uses the numbers to track mortality rates and monitor family units. Because of the high death rates of young orcas, they don’t number new ones right away.

Starting on July 24, 2018, people watched with a mix of heartache and horror as an orca mother, Tahlequah, carried the body of her dead daughter for 17 days in what became known as a tour of grief.

Tahlequah’s daughter was a live birth. She survived less than an hour. She deserved a name.

When Tahlequah’s story was told, the media rarely reduced her identity to “J35.” And because she was seen as an individual with her own story, Tahlequah accomplished what a generation of researchers and environmental organizations couldn’t. She shamed governments in the U.S. and Canada into taking long-overdue action.

For over a decade, Washington has declared June “Orca Awareness Month.” This year, Gov. Jay Inslee, who is a Democratic candidate for president, declared June “Orca Action Month.” After announcing a $1.1 billion plan to facilitate orca recovery, it seems Inslee is hoping to ride a whale to the White House.

Canada’s federal government has also announced hundreds of millions of dollars in new programs that are, at least officially, about saving the orcas.

In both cases, the politicians inflated these tallies by adding any expenses related to anything on or near the ocean to the orcas’ tab. But there are significant measures in the mix relating to fishery closures, habitat restoration and improvements to underwater acoustics, making it easier for the orcas to hear and hunt.

Unfortunately, in Canada, it’s likely the motivation for these measures had less to do with saving whales than saving a multibillion-dollar pipeline expansion project that Justin Trudeau’s government approved Tuesday. In February, Canada’s National Energy Board (NEB) admitted that expanding an existing pipeline to ship more raw bitumen to China would result in “significant adverse environmental effects” to the southern resident orcas. Then the board declared the project should go ahead anyway. I’m not sure why the NEB has veto power over Canada’s Species at Risk Act, but it clearly does.

If I worked for the NEB, I’d be doing all I could to make sure no one ever referred to these orcas by name since no expert I’ve spoken to on either side of the border believes this population can survive “significant adverse effects.”

Researcher Alexandra Morton says, “If we lose the southern residents, it will be the first extinction where every individual’s name was known.”

There’s a beautiful, intelligent grandmother wasting away in the Salish Sea listening to the sounds of industry instead of newborns and — unless you’re a scientist — it’s not J17. Her name is Princess Angeline.

One real action we all can take during Orca Action Month is to learn those names — and we can stop waiting six months, as we usually do, to see if newborn orca calves survive and give the latest member of J-Pod a name.

by / January 16
Inside Crosscut 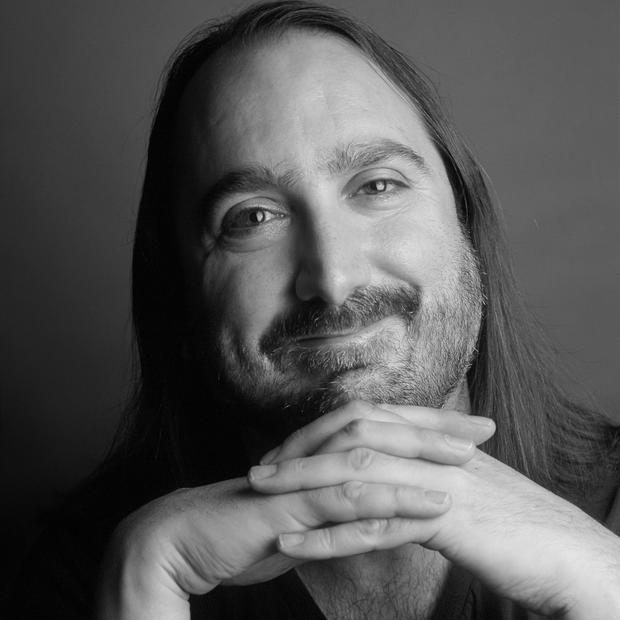 Mark Leiren-Young is the author of The Killer Whale Who Changed the World, director of The Hundred-Year-Old Whale and host of the Skaana podcast.