A nationwide study claims coastal states would need to invest more than $400 billion. Locals applaud the effort, but say the math and the method aren’t quite right.

One man takes photos as another pedestrian looks out at waves crashing against a seawall at high tide during a windstorm Dec. 20, 2018, in Seattle. (Photo by Elaine Thompson/AP)

A new report commissioned by the Center for Climate Integrity (CCI) claims coastal cities in the contiguous U.S. must invest at least $400 billion in seawalls and related barriers within the next decade, and install them by 2040 in order to protect public infrastructure from chronic flood damage resulting from a predicted rise in sea level.

In Washington, the minimum cost estimate for seawall needs by 2040 is $24 billion, for 1,651 miles of seawall. That makes Washington the seventh most costly state overall and the most expensive on the West Coast.

CCI Exec. Dir. Richard Wiles says Washington ranked high in large part because of its heavily populated inland shorelines, including Puget Sound. “In this respect Washington looks more like an East Coast state, with thousands of miles of tidal shoreline and a very large number of smaller communities and settlements in these tidal areas that need to be protected,” he says.

Washington is home to about 2,400 miles of inland marine shoreline throughout heavily populated Puget Sound, and 455 miles along the Pacific Coast, according to Washington Department of Ecology spokesperson Curt Hart. The construction recommended by CCI would exponentially increase the amount of seawall in the state.

“While there are very few seawalls along our outer coast, about 700 miles of Puget Sound’s shoreline is armored by seawalls, bulkheads and other structures,” says Hart. CCI has no relationship with Ecology.

The suggestion by CCI that Washington use seawalls to mitigate for climate change came as a surprise to some scientists and activists in the state. Many places, Washington included, are actively limiting and dismantling seawalls in light of their impacts on wildlife.

CCI appraised costs for seawalls under both moderate and severe (what many call “business as usual”) global warming models, as defined by the United Nations’ International Panel on Climate Change in 2014. According to the models, moderate warming would result in sea levels around the world rising 14 to 28 inches by 2100. The state-by-state seawall cost estimates were made based on the median projected sea level rise throughout each state.

For its study — “High Tide Tax: The Price to Protect Coastal Communities from Rising Seas” — CCI contracted Dr. Paul Chinowsky, an environmental engineer with the University of Colorado Boulder, and Sverre LeRoy, a climate scientist and lead analyst at CCI. LeRoy says the group used sea-level-rise projections based on tide gauge data at dozens of locations along the coast, a model pioneered by Rutgers researcher Dr. Robert Kopp. “It's massively different from one location to the next,” she says.

The estimates used by Chinowsky and LeRoy account for seawalls able to withstand so-called “one-year floods” — the type that are likely to happen in any given year, as opposed to larger, lower-probability “100-year floods.” The cost estimate deals exclusively with seawalls surrounding areas with public infrastructure — hospitals, airports, roads, etc. The authors consider private infrastructure implicitly accounted for, given that much of it sits adjacent to public roadways.

CCI claims to be the first to estimate coastal defense costs for individual states, counties and congressional districts. For instance, the study suggests King County spend $1.3 billion on seawalls; while Seattle specifically should spend $716.3 million.

Chinowsky says they evaluated the national coastline in 150-meter increments using GIS data from the National Oceanic and Atmospheric Administration.

“No one has bothered to even estimate what the core components of climate adaptation will actually cost,”  Wiles said on a call with media Wednesday following the release of the report, “and that's important because many of these basic adaptation measures need to be started today.”

“We have to start building these barriers now in order to get them in place everywhere that we need them, across the entire nation, by 2040,” he clarified in a follow-up email.

The Center for Climate Integrity is an offshoot of Canada-based think tank Institute for Governance and Sustainable Development. The group employs legal and science experts in pursuit of climate solutions, focusing on the price of these mitigation efforts and the equitable distribution of these costs.

For its Wednesday call, CCI lined up a series of speakers who discussed the difficulties of finding money for government aid in flood-prone towns. That underscored its position that polluting businesses should be on the line for sea-level rise planning.

“Communities are starting to engage [in emergent resilience planning] and in fact what we see is a lack of enthusiasm when the costs start to become clear to people; they just basically freeze,” says Brown University professor Curtis Spalding, an Obama-era Environmental Protection Agency administrator on the call.

Local experts say that while the study does start a conversation about handling climate change impacts in the present, the data and infrastructure choices it rests upon aren’t necessarily accurate or appropriate for Washington.

For one, Washington is a state with significant unpeopled coastlines. The study’s authors acknowledge that, because they looked only at areas that contain public infrastructure, the actual amount Washington might need to protect its coasts could be larger. “The decision was made to not include [things like wildlife refuges or national parks] on a consistent basis,” given that not all states have such significant natural public assets, Wiles says.

Also, a large portion of Washington coastline is outside state jurisdiction, including tribal communities like the Quinault Indian Nation (its location included in the study) and national parks like Olympic National Park (not included in the study). Getting a true feel for the financial need of shoreline defenses in the state, by the state, would require a huge effort, says Ecology’s Hart, because these places aren’t required to supply the state with a shoreline master program.

Regardless, “it's important that we start quantifying and trying to put an economic cost to climate change at a regional level,” says Dr. Heidi Roop, a climate scientist with University of Washington’s Climate Impacts Group. “I think that shifts the narrative and is an important contribution to thinking about what is it that we've set in motion through changing our climate?”

Roop is part of the Washington Coastal Resilience Project (WCRP), which produces the most up-to-date and extensive sea-level rise data for the state. CCI draws from Kopp’s work, but also incorporates data to reflect relative sea-level rise at 171 different coastal locations; that means it can account for rises and falls in land height that neutralize some sea-level rise.

Washington state has an unusually varied coastline, which will experience sea-level rise in equally varied ways. Roop notes that some places in the state are even projected to outpace sea-level rise until midcentury. “At Neah Bay the land surface elevation is actually going up … whereas in the Puget Sound, because of our geology and tectonic setting, we are actually sinking,” she says.

WCRP data show that under the moderate projections, “we're looking at somewhere around 5 inches” of sea-level rise in Washington state on average by 2040. “I think the state level for absolute sea level rise is closer to 1.4 feet by 2100,” says Roop, noting that the number is on the low end of CCI’s predictions.

The group claims that regardless of its sea-level rise numbers, whatever it’s recommending is only a baseline. “We're talking very little sea-level rise, not what city planners recommend that we prepare for. We should be preparing for 6 feet or more,” LeRoy says.

CCI’s use of seawalls as a  way to measure mitigation costs runs counter to recent state initiatives aimed at dismantling the barriers and other shoreline defenses.

“I don't know if it's a good proxy for the cost of adaptation. I can think of some cases where the damages due to flooding, in the absence of a seawall, could be comparable or greater than the expense of building a seawall. In the long run, on the other hand, I would expect ‘nonstructural approaches’ [like] buyouts and retreat would be less expensive,” says Roop’s colleague, Dr. Guillame Mauger, pointing to state-level restoration organization Puget Sound Partnership.

Recognizing the damage seawalls, bulkheads and other barriers present to marine habitats, Puget Sound Partnership has been actively seeking to limit new construction and to dismantle old seawalls.

“Adding new seawalls would be in direct contradiction with that goal and also with the Endangered Species Act, given the consequences for salmon habitat,” Mauger says.

Jennifer Griffiths, a habitat strategic initiative lead with state Department of Fish and Wildlife who works with Puget Sound Partnership, confirms that seawalls are in many cases not the best defense.

“In many cases a more natural, dynamic shoreline with an intact sediment supply will be more resilient under sea-level rise [in Puget Sound],” Griffiths says. “A gently sloping shoreline can absorb some flooding impacts and, if there is space, allows for the landward migration of the beach to adapt to rising sea levels.” What’s more, while seawalls already impact wildlife, “the negative impacts of [seawalls] on sediment movement, beach slope and other features are likely to be exacerbated by sea-level rise.”

Where seawalls are being restored, like in Seattle’s Elliott Bay, scientists are engaged in groundbreaking research to make them less damaging to marine habitats — but it will be years before there’s definitive data on what’s most effective.

CCI defends its choice to use seawalls as a measure on account of its decision to study the entire U.S, coastline.

“What we did was we used a measure that was consistent, the idea being that it would start a conversation to look at other options on top of [seawalls],” Chinowsky says, while recognizing many communities will seek alternatives to protect the same amount of mileage.

“I think the point is that the places we identified as the high-risk areas, while they may not use seawalls per se, [they’ll] have to do something, and there will be substantial costs that I think will be on par with what we've estimated here,” Wiles says.

Ultimately, “This is a good first blush,” Roop says, at appraising the cost of rising seas. “Planning for climate change has significant costs associated with it, but doing it now will save us in the long run. " 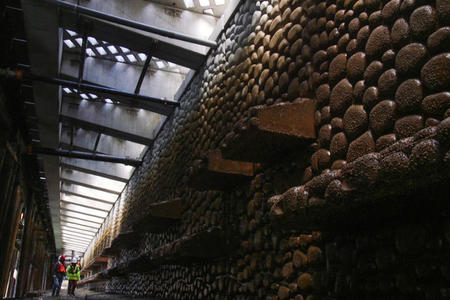 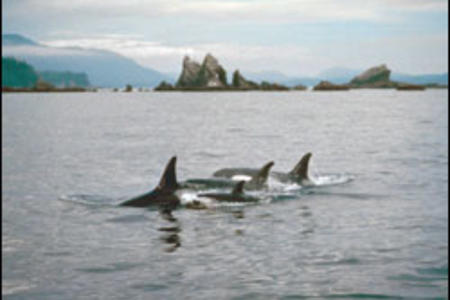 Iranian in America: Immigrants share their hopes, fears and frustrations

In the wake of a geopolitical crisis, 10 Seattleites talk about turmoil here and abroad.

The Pacific Northwest heritage blunders of 2019

From neglected gargoyles to noise assaults perpetrated by the Navy, this year has been a doozy.

Officials and others worry about the lack of Congressional approval for the attack or a plan from the Trump administration.

Facing climate upheaval on Washington's coast, members of the Quinault tribe take to the sea in the canoes of their ancestors.