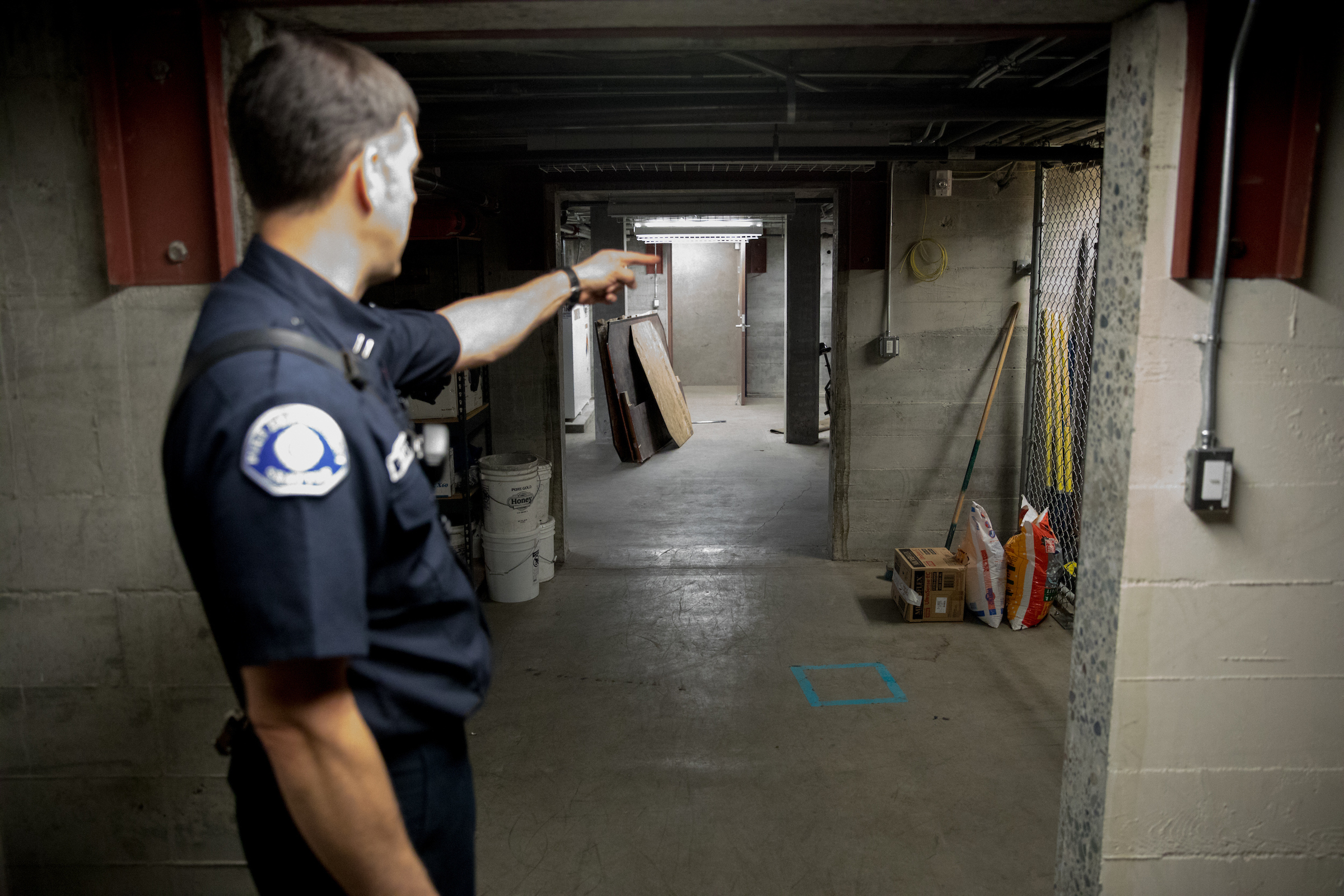 Seattle Fire Department Capt. Duncan Jewell gives a tour of the basement at Fire Station 31 in Seattle, May 1, 2018. (Photo by Matt McKnight/Crosscut)

A North Seattle fire station long suspected of causing illness in firefighters who work there was evacuated Monday evening, hours after potentially harmful mycotoxins, produced by mold, were found in parts of the building.

Based on the initial results of testing carried out by the Seattle Fire Fighters Union, Local 27, Fire Chief Harold Scoggins made the decision to move the firefighters out of Station 31 in Northgate — with the approval of Mayor Jenny Durkan.

“There is no evidence at this time that the potential presence of mold has had negative impacts on members based at Station 31, [but] we take these additional test results seriously,” Scoggins said in a memo to union members, obtained by Crosscut. “For that reason, we agree that the responsible next step is to temporarily relocate Station 31 resources. As we have with previous remodels of stations, we are initiating a temporary relocation plan for Station 31.”

Station 31 is notorious within the fire department, derided as the “cancer house” because of the large number of current and former Station 31 firefighters who have become sick with cancer or other serious illnesses. The union and members of the department first raised the issue in the early 2000s. A state Department of Health study found at the time that 119 people who worked at the station between 1975, when the station first opened, and 2003 became sick with cancer. However, firefighters in general are at an increased risk for cancer because of exposure to toxic, burning chemicals, which complicates efforts to lay blame on a specific building.

Union president Kenny Stuart said it’s not just cancer, but a range of other serious illnesses that have afflicted current and past Station 31 designees.

The story ballooned into something of a controversy in 2003, as firefighters accused then-Mayor Greg Nickels of not taking the issue seriously enough, even threatening to pitch a tent city outside the station in protest.

But if there is something in or near the building that is causing sickness, studies so far have not pinpointed exactly what. An environmental consultant agency that the city hired concluded in a 2006 report, “The building as a whole appears safe for general occupancy.”

Yet in the years after the initial controversy surfaced, as more firefighters became sick, department members continued to raise the issue.

In early 2018, Chief Scoggins agreed to partner with the Fred Hutchinson Cancer Research Center to further study the problem, reallocating $400,000 in the department’s budget to pay for it. The ongoing study is creating a comparison of cancer rates among Seattle firefighters who were at some point based in the station over the course of its 44-year lifespan and those who were not.

Kristin Tinsley of the fire department said the results of the study are expected this fall.

Local 27's Stuart said it’s possible the initial results of the test that resulted in the evacuation could finally shed light on the mystery of Station 31. “We’ve had this issue for 15 years and it’s just never really felt like it’s been resolved,” he said.

On Tuesday evening, a sign posted on the station’s window read, “This station is under construction.” No people or vehicles remained inside.

In a joint statement, spokespersons from the fire department and Durkan's office said Station 31's crew would be dispersed to four nearby stations.

According to the statement, past testing has "indicated the building is safe for the SFD members assigned to it, as the previous testing did not identify problems with carcinogens at the station. Similar testing in 2016 did not find the presence of mold and bacteria," but the mayor and the chief nevertheless opted to temporarily close the building "to protect the health and safety of all SFD members." ​​

Additionally, "Mayor Durkan immediately directed the Finance and Administrative Services Department to work in partnership with the fire department to conduct additional testing of the facility by a third-party company called NVL, which specializes in industrial hygiene," the statement said. "NVL is currently in the process of conducting testing at Station 31 for mycotoxins and mold spores. A second company called Kester will conduct additional testing of the facility specifically on Mycotoxins. Testing began on June 18, and will be a combination of surface and air sampling."

Stuart said he’s pleased so far with the response to the test results. “We’re committed to working with the mayor and the fire chief to identify hazards and eliminate them,” he said. “I’m very happy that they were immediately responsive to address the problem.” 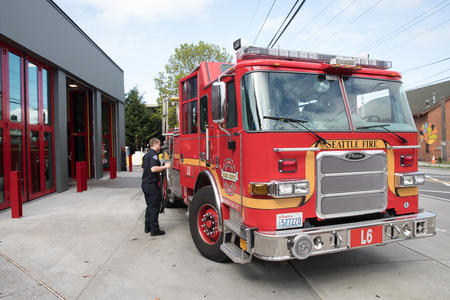