Seattle is a soccer town, so why aren’t we excited about the Women’s World Cup?

The U.S. Women's National Team is the best in the world. They deserve the support of a self-proclaimed soccer city. 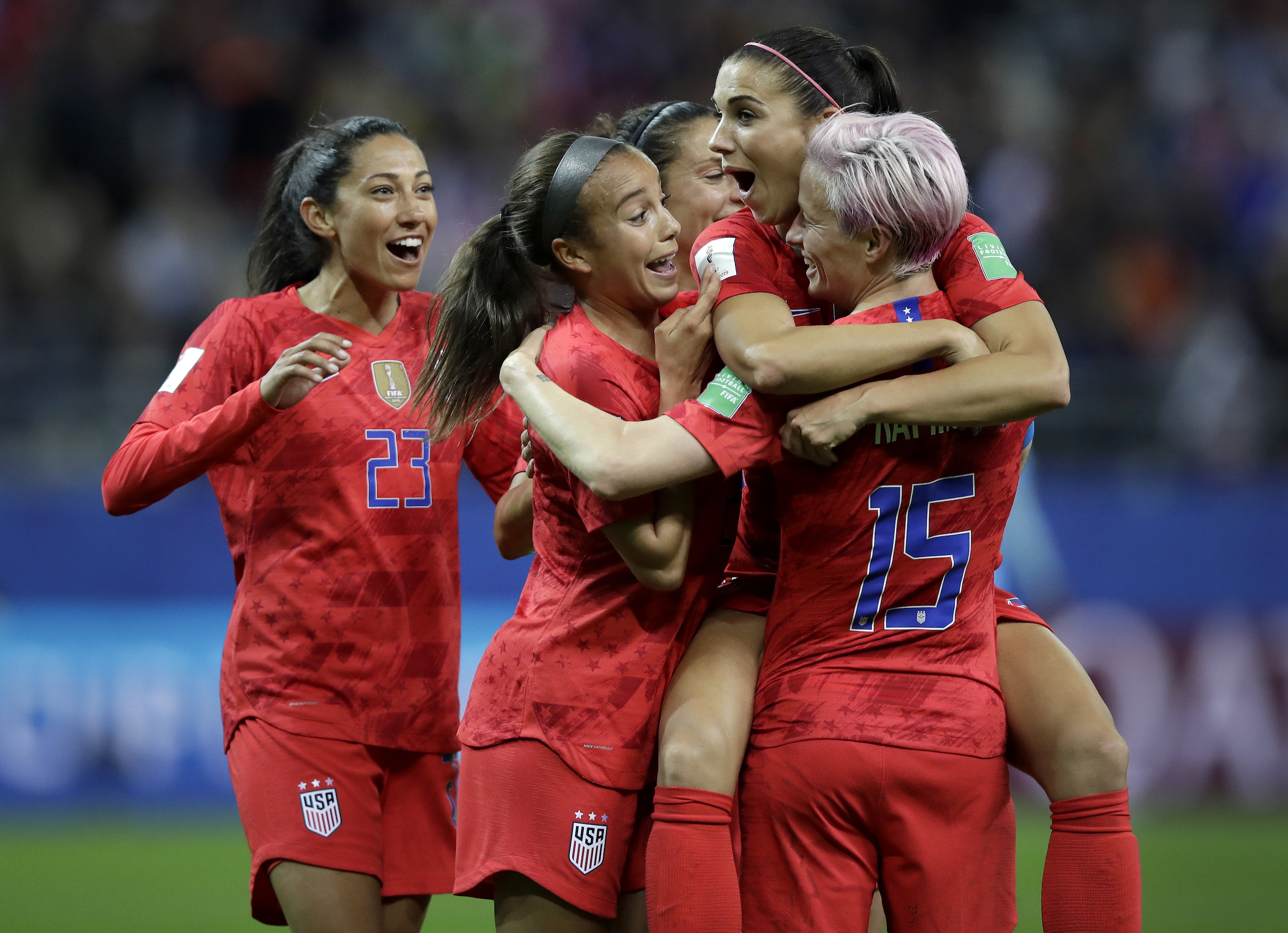 The FIFA Women’s World Cup is underway in France, where 24 teams are playing for the title of world champions. It’s the best tournament in the world and, lucky for us, the Americans just might win it again.

The U.S Women’s National Team is a force. Their odds of winning, at 7-4, are more than worth putting a few Benjamins on the line. They currently hold the title of world champs after beating Japan in the 2015 World Cup final, 5-2. They are the only country to have won the Cup three times. And since 2016, the USWNT has won 39 games, tied four and lost only three. Still, this will be the most competitive Women's World Cup we’ve ever seen. The caliber of play has radically improved since the first WWC, in 1991 (the U.S. won), as countries all over the world have started to invest more in girls' and women’s soccer.

This is the year that Seattleites, and the country as a whole, will come out and support our women’s team. Right?

We can only hope.

As a die-hard USWNT fan, I’m searching for watch parties at packed bars with bare-bellied men painted red, white and blue and cheers so loud they spill out onto the street and down the block. I’m longing for that collective inhale as we hold our breath in anticipation of a goal.

But in Seattle, I am met not with a measly flag, nor a faint cheer in this godforsaken city that proclaims itself a proud soccer town. Where, I wonder, are the fans convening to support the country’s best soccer team?

Hats off to The Stranger, which in the knick of time wrote up a short guide to the handful of locales dedicating screen time to the tournament. The Seattle Times has written briefly about hometown hero and Reign FC star Megan Rapinoe, but nary a list of watch spots in sight.

A Google search came up with a few advertised events for watch parties in the city, but a similar search for watch parties in Portland surfaces at least three local publications listing hot spots. In Seattle, one of the few U.S. women’s soccer-viewing destinations is Café Presse in Capitol Hill, a reliable home for international soccer fans and a particularly exciting spot, as it is French and so is the World Cup host country. Merci, Café Presse!

German and Irish bars Rhein Haus and Fadó will be showing the games, a good indication that if you find your way to other European bars in town, you’ll likely find the World Cup.

The second event listed on Google is also on Capitol Hill, at the co-working space The Riveter, where, in true Riveter-empowering-women fashion, you’re invited to watch the women’s team dominate and “learn about how they've changed the game to close the wage gap off the field.”

But why isn’t Alex Morgan’s face plastered against every bus in Seattle? Why aren’t there cheesy yet exciting commercials during every NBA Finals time-out? Where are the public viewing parties? And for the love of God, when will I see someone wearing a Mia Hamm jersey?

Let us pause to consider what this city might look like if the U.S. Men’s National team were heading to a World Cup in which they were predicted to win the whole thing. At a bare minimum, we’d see Christian Pulisic’s face everywhere.

This isn’t a void limited to the general public. When I bring up the World Cup in my circle of friends, all I get is crickets. Maybe I need new friends.

For longtime women’s soccer fans, this relative lack of enthusiasm compared with support for men’s soccer is disappointing but not surprising. Heck, you can look at Washington state’s professional team, Reign FC, to see that asymmetry playing out in our own backyard.

What does support for Seattle’s professional women’s team look like? In 2018, it looked like a little under 4,000 fans a game, with average attendance down 5.3% from 2017. Their stage? It was Memorial Stadium at Seattle Center, which is owned by the Seattle Public School district and which maintained a strict no-alcohol policy. Talk about a good night!

For comparison, the Seattle Sounders average over 40,000 attendees per game and play at CenturyLink Field — and you can get trashed on expensive beer!

Down the road in Portland, the Thorns have the highest average attendance in the NWSL, the women’s pro soccer league — almost 17,000 people in the stands every game.

With dwindling attendance and subpar facilities, Reign FC made the move from Seattle to Tacoma earlier this year to jumpstart the team’s status in the NWSL, as well as in the state. And, let’s not kid ourselves, they were also looking for a city that might actually show up for them.

“But the Reign came third in the league last year and I only like to watch winners,” you may argue. How American! This country loves winners and, by golly, does the USWNT know how to win!

The excuse that women’s soccer isn’t as entertaining or skillful as men's soccer is archaic and untrue. Lest we forget, the men’s national team didn’t even qualify for last summer’s World Cup.

On and off the pitch, these women have proved their worth as professional athletes deserving of admiration. In early 2019, 28 members of the USWNT sued U.S Soccer for “institutionalized gender discrimination.” Years of privately — and publicly — arguing for better treatment by their employers has inspired women’s teams all over the world to demand pay equity, too.

It’s a tough time to be patriotic about a country that separates migrant children from their families, passes draconian anti-abortion laws and denies the rampant effects of climate change. But if the U.S. isn’t exactly a beacon of hope and glory, the Women’s National Team sure as American pie is. From their fight for gender equity, their influence on women’s soccer and their spectacular quality of play, the USWNT is exactly what you should turn to for hope. They’ve worked hard for this spotlight. What better place for the city to give it to them than on the world stage?

Updated at 3:35 p.m. June 11 to include a photo from the USWNT's victory over Thailand. 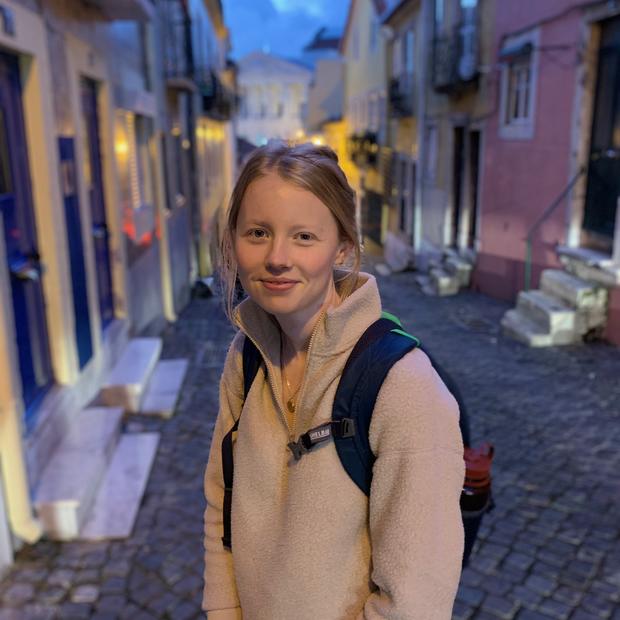 Annelise McGough is the growth and engagement editor at Grist.