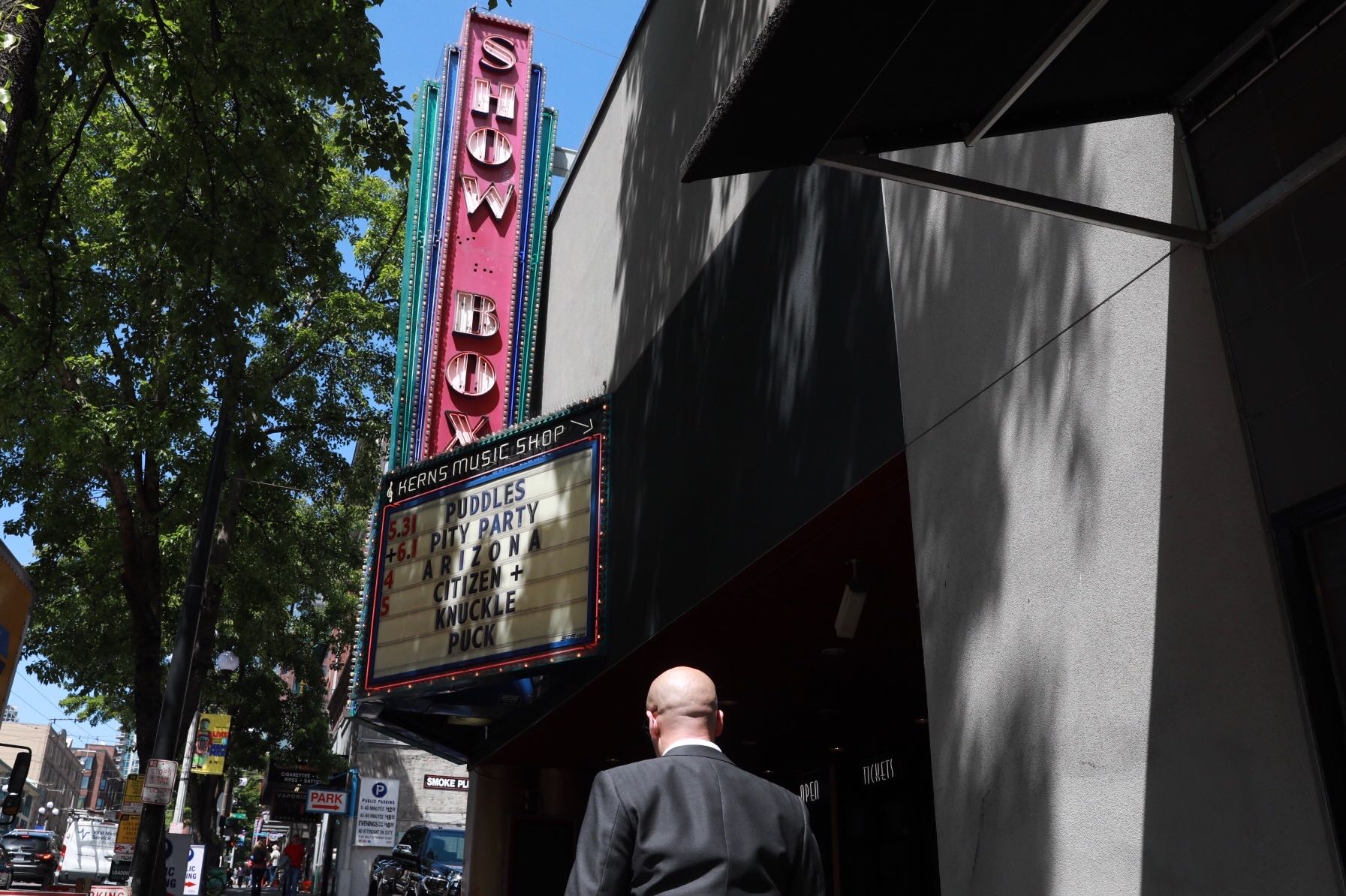 A Seattle City Council effort to preserve the storied Showbox ballroom was dealt an enormous setback Friday, when a judge threw out what he called a “de facto rezone” meant to protect the venue from redevelopment.

King County Superior Court Judge Patrick Oishi found that a council-backed temporary expansion of the Pike Place Market Historical District to include the 80-year-old venue amounted to an illegal zoning change. The Showbox, located across First Avenue from the market, had received protections from development in the time it was included in the 7-acre historical district.

Oishi nullified a city ordinance expanding the historical district, which the council passed after property owner Roger Forbes announced an interest in selling the Showbox.

“This was, for all intents and purposes, a de facto rezone,” Oishi said, ruling from the bench.

The building is still being considered for landmark status, but landmark protections are far weaker than those associated with the Pike Place Market. Landmark status protects only a building’s architectural characteristics; it provides no guarantee the space would carry on as a music venue.

As a result, the Showbox is once again open to redevelopment. There is no pending sale, but property owner Forbes is interested in unloading it. An ownership group from British Columbia expressed an interest last year in building a 44-story residential tower on the site, but that group has since backed out.

After the hearing, Forbes' attorney, John Tondini, said “all options are on the table” moving forward. But he said Forbes and his team would speak with the city first, and that they wanted to be “good citizens.”

Eugenia Woo of Historic Seattle, a preservationist organization that manages architecturally noteworthy buildings in and around the city, said she was disappointed by the ruling. Woo said, though, that her organization believes the best avenue for preserving the Showbox is to find a buyer interested in doing so. Historic Seattle has expressed interest in buying the property, Woo said, but has not had any offer seriously considered.

“We’re going to keep our conversations open with the property owner and their representatives as we always have, and we would definitely like to meet with them very soon to discuss Historic Seattle purchasing the property and saving the Showbox,” she said after the hearing.

Opened in 1939, the Showbox was a focal point for the “Seattle Sound” during the grunge years. Soundgarden, Pearl Jam, Mudhoney and a host of other bands played landmark sets at the venue. Local musicians, including Macklemore and Death Cab for Cutie, spoke up in support of the Showbox.

Councilmember Kshama Sawant promised to continue with an expansion of the market.

"This blatantly undemocratic, pro-corporate developer ruling says that elected representatives may not listen to and represent the interests of constituents," she said in an email. "The implication of such a ruling is that working people cannot be allowed to influence political outcomes in City Hall in the context of the disproportionate power and influence of real estate corporations and big business. This is unacceptable. However, this terrible ruling is not relevant to our upcoming legislation to permanently expand the boundaries of the Pike Place Market Historic Preservation District more comprehensively (including, but not only, the Showbox property). Our movement must redouble our efforts to win this comprehensive legislation in the next weeks.”

The Showbox saga began a year ago, when news broke that the venue would likely be sold and redeveloped. The city quickly extended the boundaries of the Pike Place Market Historical District to temporarily halt redevelopment, while seeking a permanent fix. City leaders hoped to find an alternative buyer or to permanently extend the historical district.

Forbes sued the city, alleging that the city was illegally downzoning a single property, a prime slice of real estate among downtown Seattle’s towers. He sought over $40 million from the city. Oishi did not award any money Friday.

Addressing the judge, Assistant City Attorney Daniel Mitchell countered that this was not a rezone because there were no applications for a rezone, nor had any permitting been issued for the building’s redevelopment. He said the Showbox building was unique in its location and cultural value, and therefore should not be compared with other buildings.

Oishi forcefully rejected all of the city’s arguments. Besides ruling that the historical district expansion was an illegal zoning change, he said he owner’s right to equal treatment under the law had been violated. The judge was careful to say his ruling was no reflection on his, or the attorneys for Forbes’, love of music.

In his mind, they were not.

The city may appeal the ruling to the state Court of Appeals. A spokesperson for the City Attorney’s Office said in an email, “We’re evaluating our options and need to confer with our clients before determining what’s next.”

Meanwhile, the city’s options for preserving the space have been severely restricted, narrowed to finding a buyer that wants to continue the lease with AEG Live, the corporation that operates the venue, or some other manager interested in maintaining the Showbox as a venue. The city Department of Neighborhoods is due to release a study of the impact of permanently expanding the Pike Place Market. 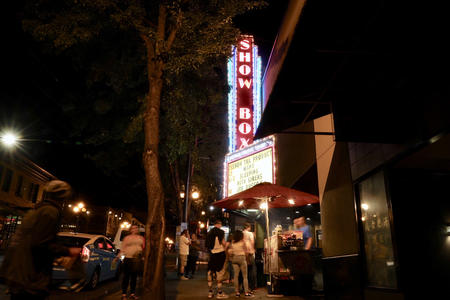 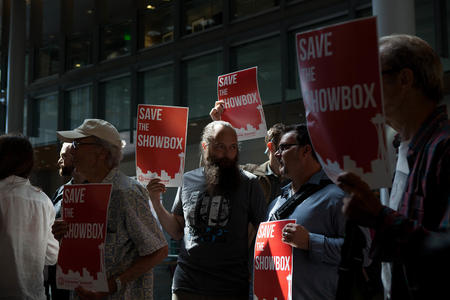