Trump's trade deal is good for WA farmers. Here's why 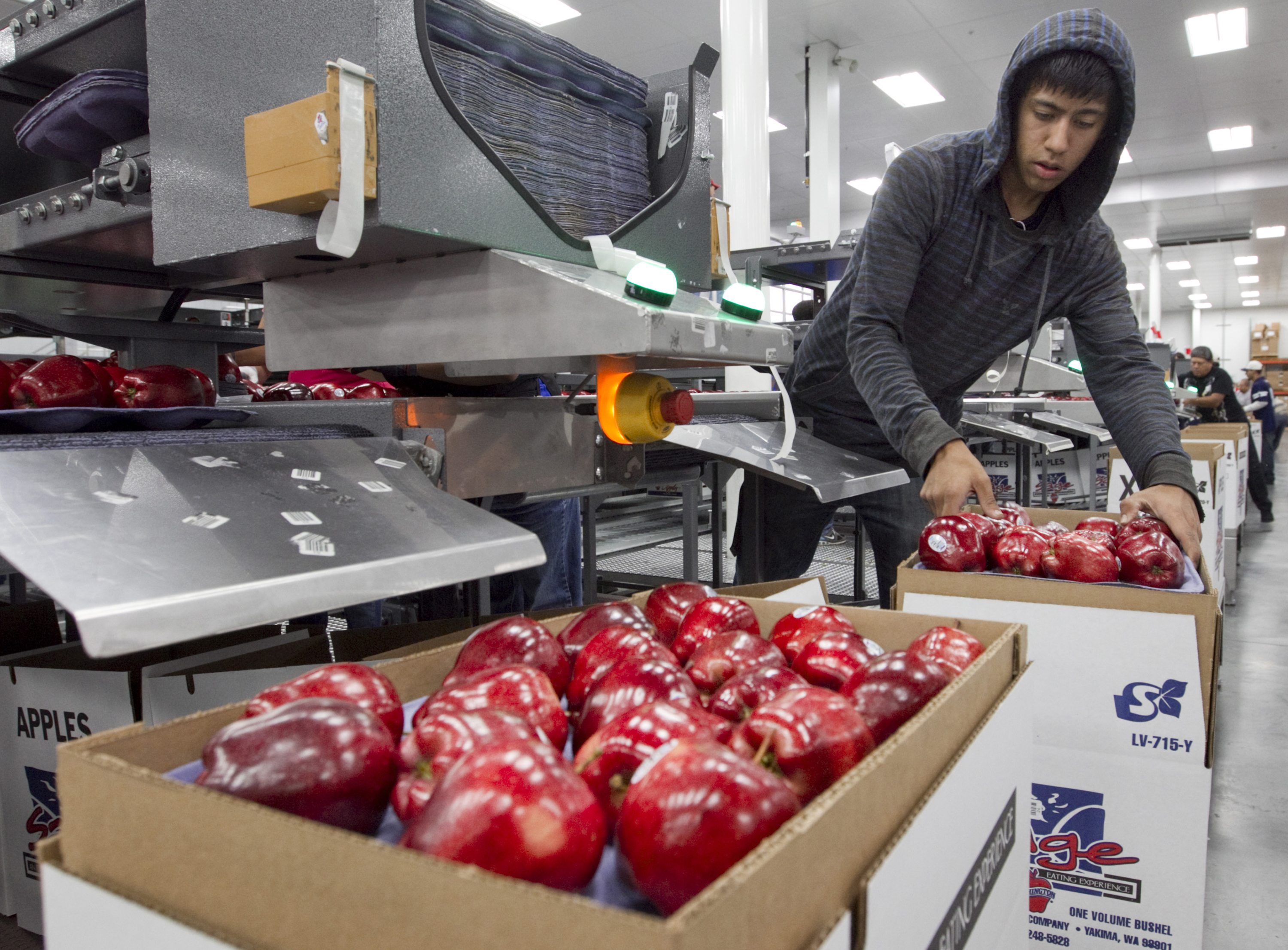 When I served as Washington state’s director of agriculture, I had the opportunity to travel overseas to discuss and encourage trade agreements for our agricultural goods. I spoke with producers across the state about the benefits of accessing international markets. As a farmer and business owner myself, I experienced firsthand the negative effects of unfair trade policies, and I took pride in being able to help provide producers with an export market for Washington state that benefits our economy.

It isn’t hard to market Washington’s high-quality products. With over 300 commodities, we export some of the best products in the world. With 40 percent of our state’s workforce tied to international trade, it is hugely important to establish bilateral agreements that do not put an undue burden on our agriculture industry.

We have at least two big opportunities to secure better trade agreements, with China and with our neighbors, Mexico and Canada.

China is Washington state’s top export market, but our trading relationship is not without its disadvantages. For decades, China has taken advantage of the United States. Canada and Mexico, our other two largest trading partners, have also operated under an antiquated deal that disadvantaged the United States. For the sake of Washington agriculture, we must come to fair agreement with all three.

Securing these agreements requires the art of negotiation, and President Donald J. Trump has proved he is not afraid to engage.

The North American Free Trade Agreement (NAFTA) was a long-standing, outdated agreement that did not address several key elements of a healthy trade relationship between the U.S., Canada, and Mexico. Seeing the shortfalls, President Trump set out to renegotiate the agreement and bring it into the 21st century — and he succeeded.

The United States-Mexico-Canada Agreement (USMCA) was signed last year by President Trump, Mexican President Enrique Peña Nieto and Canadian Prime Minister Justin Trudeau. Now, it is up to Congress to ratify the agreement, so our farmers can begin to reap the benefits.

Mexico has voted to improve its labor laws, and the U.S. tariffs on steel and aluminum have been lifted. These two factors, which Democrats have cited as reasons to hold up the ratification of the USMCA, are no longer issues.

Ratifying the USMCA would give Washington farmers desperately needed relief. Washington’s exports to Canada and Mexico totaled $11.3 billion in 2018. The lack of a trade agreement, recent tariffs and overall uncertainty in the agricultural community have caused our state’s exports to fall alarmingly. The new agreement would maintain the duty-free market access for U.S. agriculture products, including the wine industry, and would further advance access for U.S. dairy in Canada. Most important, it would give our producers a sense of certainty that is severely lacking right now when it comes to international trade.

The federal International Trade Commission predicts the USMCA will add $68.2 billion to the U.S. economy and create 176,000 new jobs. This additional strengthening of the United States’ already-booming economy solidifies our ability to negotiate with confidence.

On the other side of the world, trade negotiations continue in China.

Our trade relationship with China is unmatched. While we can and should attempt to supplement our export market with other international markets outside of North America, it is imperative that we reach an agreement with China — and fast.

President Trump is working to level the playing field like no other president before him. Farmers and producers, especially in Washington state, where specialty crops like apples and cherries reign supreme, are feeling the short-term effects of these trade negotiations. However, when I speak to producers in Central Washington, their support for the president is strong. They understand that he is working toward a long-term solution that will create a fair and beneficial trading environment with the United States’ most impactful trade partner.

While President Trump plays hardball, the administration has not forgotten about the producers. The U.S. Department of Agriculture has released two separate trade aid packages to ensure farmers can continue operating throughout the negotiations. Agriculture Secretary Sonny Perdue visited Central Washington last year to hear about the difficulties our farmers were facing, including the impacts of retaliatory tariffs, and he returned to Washington, D.C., to act.

The trade aid package delivered relief to the thousands of agricultural producers impacted by China’s retaliatory tariffs, but it did not originally include sweet cherry producers. Washington’s sweet cherries are iconic, but they are highly perishable — leaving them particularly vulnerable to export delays and, you guessed it, tariffs. I worked with Secretary Perdue and his staff, as well as Sen. Maria Cantwell, to ensure that Northwest cherry producers were able to access this relief.

I recognize this is not a long-term solution. Washington producers feeling the pressure of retaliatory tariffs cannot survive on a trade aid package alone — no matter how large. They don’t want government Band-Aids. They want access to strong, fair international markets.

Yes, it’s true that our farmers rely on China for exports, but China also relies on us. It is in everyone’s best interest to deliver a fair-trade agreement between our two countries.

Some lawmakers have argued that we should focus on resolving our trade disagreements with the Chinese before addressing an agreement with our neighbors to the north and to the south. I disagree; I think we should do both.

Tariffs of any kind make producers nervous — and rightfully so. However, President Trump understands that tariffs are a powerful tool, and if the recent threat to Mexico is any indication, he has proved that they can be effective.

As recently as last week, the administration had threatened Mexico with a 5 percent tariff in exchange for taking responsibility and acting to mitigate the crisis at our southern border. While I believe border security and economic trade agreements are separate issues, the threat paid off. Mexico agreed to increase the number of troops at the border, provide resources and education for asylum seekers, and work with the U.S. to curb the increasingly large number of migrants crossing — or attempting to cross — into the United States.

I have called on my colleagues in the U.S. House of Representatives to ratify the USMCA as soon as possible, and I remain confident in the president’s ability to secure a fair-trade agreement with China. Washington’s farmers and producers are tough and resilient, but they are suffering. I will continue to represent their interests, as I work in Congress to ensure we can continue to export our goods to thriving international markets. Washington agriculture depends on it. 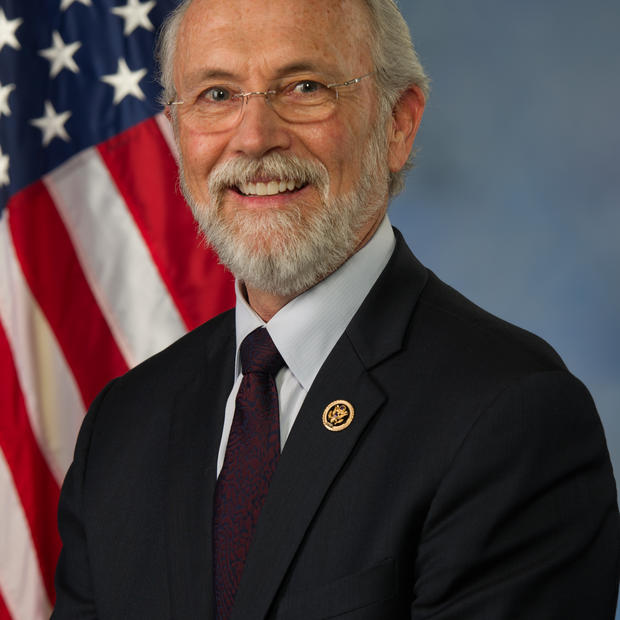 Congressman Dan Newhouse is a lifelong resident of Central Washington and represents the 4th Congressional District.