U.S. tribes are being left out of talks over the Columbia River's fate. Why?

The U.S. and Canada are renegotiating a 60-year-old treaty that dictates usage rights for the river.

All the water that flows through the Columbia River and its heavily dammed tributaries originates from a watershed the size of France, one that stretches into both the United States and Canada. Much of that water comes from the north and all of it drains into the ocean just south of Washington state. Along the way it creates energy, fuels economies, feeds ecosystems and, if it isn't managed, risks flooding communities.

Which is why, in 1964, the two countries signed a binational treaty that has since governed the river and its many functions. Some of those provisions are scheduled to expire in 2024, the same year either country would be allowed to terminate the treaty. And while neither country has signaled it would take that step, the two nations began meeting in May 2018 to modernize the agreement.

The pace of negotiations — which consist of closed-door talks between the governments and occasional town halls hosted throughout the Northwest — is as slow as a lazy day on the river and likely to stretch over several years. The issue at the center of the discussions has been the future of the “Canadian entitlement” — an annual energy allotment that the U.S. pays to Canada in exchange for releasing water from upstream reservoirs to maintain hydropower in the States and prevent downstream flooding. The entitlement’s monetary value varies with power prices, but has been estimated at as high as $335 million annually.

Environmentalists and indigenous groups, meanwhile, would like to see more water flow through the Columbia to support healthier fish stocks, a goal that might be achieved if so-called “ecosystem-based function” is added as a pillar of the modernized treaty.

That regional concern has received minimal attention in the talks thus far, but that may have changed last week when the U.S. State Department hosted a Canadian diplomatic delegation in Washington, D.C., for the seventh round of talks. Unlike in the previous six rounds of talks, representatives of the Ktunaxa, Syilx/Okanagan and Secwepemc Nations, the three First Nations living in the upper Columbia basin, joined the Canadian side of the table — a domain previously dominated by diplomats from Ottawa and the British Columbia provincial government.

The landmark inclusion, first announced in April, was hailed as a watershed moment in Canadian reconciliation. “We are confident that we can continue to contribute positively to these negotiations and help realize the First Nations’ goals for meaningful outcomes … that are of critical importance to our nations and homelands,” the nations said in a statement.

Canadian Foreign Affairs Minister Chrystia Freeland welcomed the new parties to the negotiations in an April statement. “By working together, we will ensure that negotiations directly reflect the priorities of the Ktunaxa, Okanagan, and Secwepemc Nations — the people whose livelihoods depend on the Columbia River and who have resided on its banks for generations,” she said.

The Canadian decision renewed hope for U.S. tribes that their multiyear demand for a seat at the negotiating table would be met. Thus far, there are no signs that will happen.

“We have no plans to change the general composition of the team,” a State Department spokesperson told Crosscut following Canada’s announcement. “We value the tribes’ expertise and experience and are consulting with the tribes throughout the negotiating process.”

Tribes have expressed their disappointment, but have shown restraint in their criticism as they continue to serve an advisory role before and after each round of negotiations.

“The U.S. team needs to follow suit with Canada and also invite tribes to participate,” Rodney Cawston, chair of the Confederated Tribes of the Colville Reservation, told Crosscut last week. U.S. chief negotiator Jill Smail visited the Colville reservation on May 21, and Cawston pressed his case once again, but has yet to receive a final decision. A State Department spokesperson told Crosscut the presence of First Nations observers at last week’s talks did not change Foggy Bottom’s mind. “The U.S. negotiating team structure is based on how we determine we can best meet our foreign policy objectives,” the spokesperson said.

The difference between the Canadian and U.S. approaches to the Columbia River Treaty are all the more frustrating for Cawston, given the seemingly arbitrary nature of the international border that runs between his reservation on the south side and that of the Sylix/Okanogan, who are close relatives of the Colville. That relationship, he hopes, may push the tribal position in the negotiations from the Canadian side, even if U.S. tribes remain on the sidelines.

“We can’t be on both sides of a negotiation, but we have met with First Nations officials and I really believe in the heart of Canadian First Nations that we have common goals and interests,” he said. “We all want to see fish passage above Chief Joseph and Grand Coulee dams — they all want that as much as I do. The geographic border isn’t our border. That border was imposed and put us on two different sides of a negotiation team.”

Ottawa’s decision, which brings more perspectives of those living near the river to the Canadian negotiating team, also highlights for many regional observers how much the other Washington is controlling a long-term decision with significant impacts for the future of the Pacific Northwest.

In addition to Smail, the State Department diplomat, the U.S. negotiating team includes representatives from the Bonneville Power Authority, which administers hydroelectric power generated by dams along the Columbia, and the U.S. Army Corps of Engineers Northwest Division. None of the seven states impacted by the treaty is participating, even though the states were heavily involved in the original talks, with four senators serving as observers. Meanwhile, every round of talks the U.S. hosted has been held in Washington, D.C., except for one round in Portland. By contrast, Canada has hosted every round of its talks in different locations throughout British Columbia. The eighth round of talks, in September, will be in Cranbrook, where Columbia tributaries the Kootenay and St. Mary’s rivers meet.

Over a year into the process, close observers like Greg Haller of Portland-based conservation group Pacific Rivers are dissatisfied with the top-down, D.C.-led approach since Smail took over as chief negotiator in 2017. “The negotiation is being handled very poorly,” he told Crosscut, citing Smail’s decision to close a working group of scientists, engineers, tribes, and maritime industry representatives. That group was modeling different scenarios of river flows to provide actionable information for U.S. negotiators following a regional recommendation issued in 2013. Seattle City Light signed on to that document, indicating that if the recommendations were reflected in the modernized treaty, it would save the utility $9 million to $11 million per year in what it buys from the Bonneville Power Authority.

“That’s not how people in the Pacific Northwest are used to having decisions made about their resources,” he said.

Barbara Cosens, a law professor at the University of Idaho who edited a book on the treaty, concurs that the fate of such a vital source of energy and economic development should not be decided by a distant capital. “It’s not only a break with the trend towards increasing public involvement and transparency in decision-making, it’s a break with what was happening in the Pacific Northwest even before that trend,” she told Crosscut, citing the heavy state involvement in the original talks. “Even if everything the negotiators do is true to recommendations from the region, it does not give the perception of good faith.”

“We are addressing ecosystem benefits in negotiations with our Canadian colleagues and seeking greater coordination with Canada on the appropriate quantity and timing of water releases to help support a healthy ecosystem, as well as opportunities to improve ecosystem cooperation for the benefit of fish and wildlife in both countries in ways that appropriately balances this with other benefits,” the State Department spokesperson said. “All of us have a shared interest in maintaining a sustainable ecosystem.”

Others who have been involved since the regional recommendations were drafted at the beginning of the decade are comfortable with D.C.’s role in the driver’s seat.

“The State Department represents all of us in international negotiations,” Kristin Meira, executive director of the Pacific Northwest Waterways Association, a Portland-based trade group for river-borne commerce, told Crosscut. “There is strong Northwest representation and we feel confident in the team that’s been assembled.”

Despite the continentwide gap between the Columbia River and the halls of power where its future may be decided, Cosens is confident that some measure of local consensus exists — and that the negotiators would be foolish to ignore it.

“The bulk of people in the basin want to continue having a cheap, noncarbon source of electricity and they don’t want Portland to flood, but they want to see some changes in flows that would help salmon,” she said. “The modeling showed that those things can happen.” 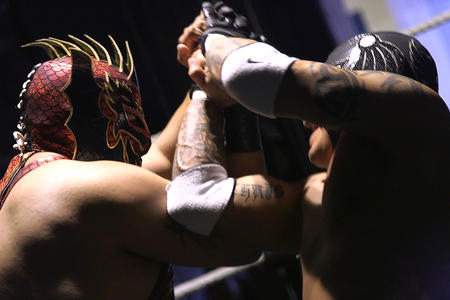 Tribes worry a Canadian mine could poison Washington salmon

Across the border in British Columbia's Skagit River headwaters, a proposed open-pit mine has drawn protests from Native tribes, environmentalists and politicians.

The Pacific Northwest heritage blunders of 2019

From neglected gargoyles to noise assaults perpetrated by the Navy, this year has been a doozy.

Washington's rain isn't just gloomy — it's creating landslides that cut off rural communities. And as the climate warms, scientists warn they could get more frequent.