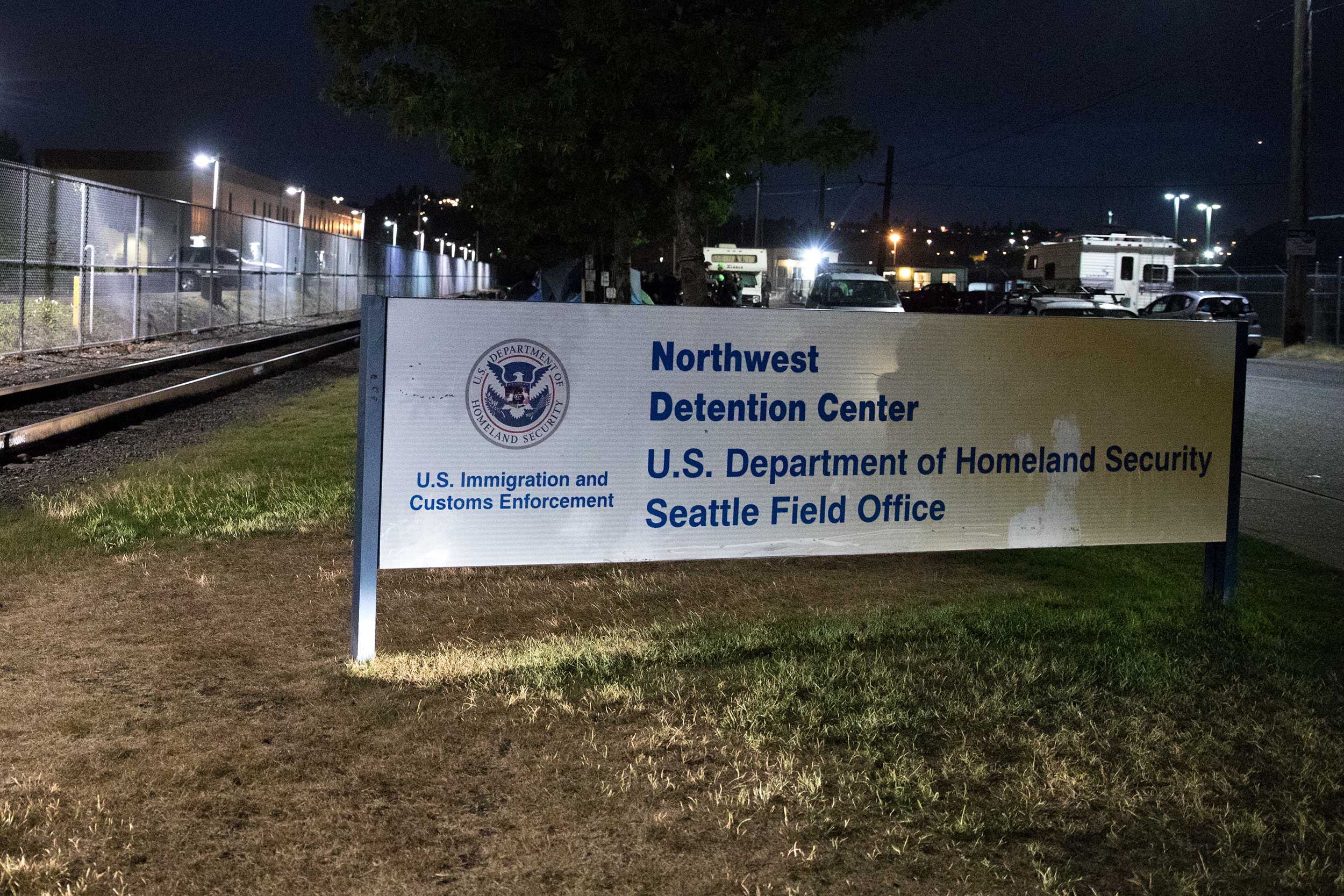 Days after police fatally shot a man at the Northwest Detention Center in Tacoma, a city commission that focuses on immigrants and refugees has sent the mayor and city council members a letter criticizing what it referred to as a lack of “urgent, clear, and effective solutions” with regard to immigrant detention in the city.

The letter, sent Monday by the Commission on Immigrant and Refugee Affairs to Mayor Victoria Woodards and Tacoma City Council members, refers to the commission’s hopes “for a just and inclusive society,” before stating that “this past weekend’s police-involved shooting and loss of life at the Northwest Detention Center rip at those hopes.”

“We can no longer be silent on the issue,” the letter continues. “From day one, this commission has identified immigration detention as one of our top priority issues, yet we have struggled.”

“The facility’s very presence endangers the lives of workers at the facility, law enforcement officers, community members, and, of course, the detainees who suffer every minute of every day within its walls,” says the letter, which was signed by the commission's chair Jefferson Mok, as well as vice chair Diana Parra.

The 11-member commission, more than half of whom supported sending the letter, made a number of recommendations “to reduce the practice of immigration detention.”

The commission sent the letter after police shot and killed Willem Van Spronsen of Vashon Island early Saturday morning. According to Tacoma police, an employee at the facility called for help after spotting the 69-year-old Van Spronsen near the facility and holding a rifle. Police said he was also armed with incendiary devices, which he tossed at vehicles and buildings, causing one vehicle to burst into flames.

According to The Seattle Times, before the fatal confrontation, Van Spronsen sent letters to friends “just saying goodbye.”

The Pierce County Medical Examiner’s Office has classified Van Spronsen’s death a homicide. The cause of death was multiple gunshot wounds, said the medical examiner’s office.

Van Spronsen's death has made national headlines, in part because it came at a time of heightened tensions resulting from planned national raids by Immigration and Customs Enforcement, or ICE. Few immigration arrests have been reported so far, however.

The commission was created in 2017 as a response to an executive order from President Donald Trump that would have banned people from seven Muslim-majority countries from traveling to the United States. Courts halted that order, though a revised version was later upheld. The creation of the commission was seen as a compromise following calls for the city council to designate Tacoma a sanctuary city.

In its letter to city leaders, the commission asks for an increase in the expense of detaining “human beings while reducing the public expense.” The commission argues the private company that runs the facility, GEO Group, should be saddled with the costs of running the more than 1,500 bed facility — not taxpayers.

It also calls on the city to do more to improve the health conditions at the detention center and “provide clear and accessible pathways for detainees and their representatives to comment on their treatment.”

Immigration advocates have long accused GEO Group and ICE of mistreating detainees at the facility by not providing adequate medical care and food.

In 2017, Washington state Attorney General Bob Ferguson sued GEO Group, the second-largest private prison provider in the country, for violating Washington state's minimum wage law, paying its workers $1 per day or, in some instances, with snacks and extra food.

In meetings with community members, city officials have repeatedly pointed to pending lawsuits as an obstacle in increasing oversight of the facility.

Last year, for example, GEO Group sued over a city council ordinance that hampered the expansion of the Northwest Detention Center.

In what some advocates argue is a sign of the region’s continued lack of commitment to the defense of immigrants, Pierce County Councilman Derek Young sought approval last month for putting $100,000 of county money toward refugee and immigrant legal services over the next six months. The effort fell short on a 4-2 vote. Tacoma's current commitment to immigration defense is $25,000 per year for two years.

Last week, Woodards helped lead the passage of a resolution by the Conference of Mayors called the Dignity for Detained Immigrants Act, though the move was largely symbolic.

Woodards has not yet responded to the commission’s letter, though staff confirmed she had received it and plans to release a statement. Calls and emails to Woodards and city council members requesting comment were not immediately returned.

In a statement about Van Spronsen’s death released Tuesday, Woodards said “a thorough investigation into the facts of this case will take time.”

“We are partnering with other agencies in this work, including the Federal Bureau of Investigation,” she wrote. “Regardless of the circumstances, every loss of life in our city is cause to grieve.”

“Our strength as a community, however, lies in our ability to come together, to engage in open and honest communication, and to support one another throughout difficult circumstances.”