On building immunity against the temptations of war

As the U.S. once again lurches toward an unnecessary war, this time with Iran, we must remember our past mistakes risking the lives of tens of thousands of soldiers under false pretenses. 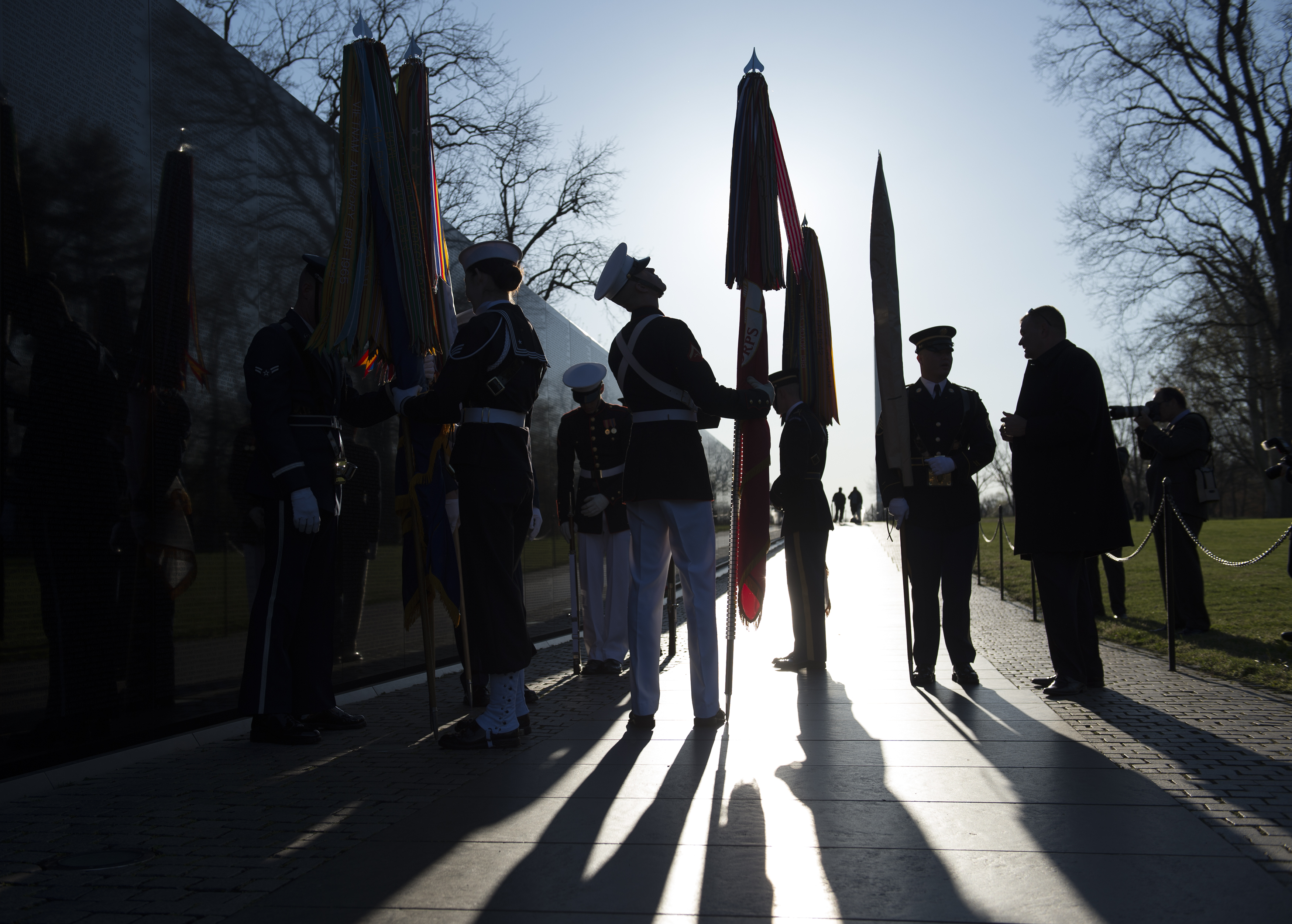 Color guard members arrive before a wreath-laying ceremony at the Vietnam Veterans Memorial in Washington, D.C., to mark the 50th anniversary of the Vietnam War, March 29, 2016. (Photo by Molly Riley/AP)

I believe war, violence of any kind really, is proof of failure. There are so many options to pursue before sacrificing lives. I have, however, come to accept the need for national defense systems by recognizing how Nature has built them into the basic structure of our bodies.

Consider the immune system, specifically antibodies. These little warriors are there to fight off anything that tries to harm or kill the body. They patrol the bloodstream in constant surveillance against threats. When no threat appears, they keep vigilant watch but remain neutral. Once an immune system detects an actual invader it either will  neutralize it or surround it so it can be handled by other parts of the immune system. Think of it as the military force of the body.

It’s vital that antibodies learn to differentiate between a thing that will harm the body and another thing that will not. Early in their existence, in their immaturity, they see everything they don’t recognize as something to be attacked. With each new encounter, they learn what is an actual threat and which effective treatments to deploy.

Every once in a while, though, they will misread the situation and attack a perfectly healthy cell. Worse, they will begin an attack on an unhealthy cell then go rogue and keep killing until they destroy healthy, as well as diseased, cells. So begins an autoimmune disease. Rheumatoid arthritis, lupus, inflammatory bowel disease, multiple sclerosis and HIV/AIDS each result from antibodies gone wild. They turn the body against itself with a raging war that will eventually result in death. These antibodies have not learned, and their refusal to learn eventually destroys the body. Health, life itself, requires the proper regulation of antibodies and related immune system.

I believe life is an extrapolation of itself. The patterns it holds on the micro level, it holds on the macro; one organism’s macro may well be another’s micro. It’s by applying that principle I can accept the need for defensive systems in society. Yes, we need individuals who are willing to work in concert to preserve us. But what, exactly, does that mean?

Our Constitution’s preamble clearly states one of the nation’s purposes is to “provide for the common defence.” Article 1, Section 8, of the Constitution gives Congress — the representatives of The People — control over when and how the military is used, thereby protecting us from the executive branch’s potential dictatorial use of the military to bolster its political or other self-serving agendas. The military is to serve the citizenry.

Nonetheless, using the legalistic sleight of hand that is the Patriot Act, augmented first by false tales of nuclear proliferation by Iraq and now accusations of aggressions by Iran, the executive branch of our national government has undercut the power of The People’s representatives who have, themselves, become so preoccupied with feeding their fundraising habit they have developed moral cataracts and ceded their power.

As, once again, the executive branch finds an excuse for war, this time with Iran, and we contemplate asking tens of thousands of young women and men to give us their lives, don’t we have the responsibility to ensure we’re not wasting their existence, again, as we did in Vietnam and have done with the never-ending wars in Iraq and Afghanistan? What parameters do we use to determine when and how our societal antibodies ought to be deployed? Nature’s example seems to tell us lack of oversight will end in the death of any remaining vestiges of our civil society. We have seen it throughout history: Pinochet, Pol Pot, Idi Amin, Mussolini, Hitler and, of course, George W. Bush have preyed on unfounded fears to use the military as a tool to consolidate political power with the resulting degradation in quality of life for all but a few of the citizenry.

Yet here we are again, contemplating sending our societal antibodies in pursuit of a shadow. All of Europe tells us Iran has abided by the agreement to dismantle its nuclear weapons research, but the U.S. president, who dismisses reports from national security experts about Russian interference in the 2016 elections, suddenly puts full credibility into supposed reports of Iranian aggression. Echoes of lies about the Tonkin Gulf incident and the attack on the USS Maine reverberate in the current stories, and the media repeats them without investigation, again. And again a president surrounded by sycophants with tunnel vision for war sees what he wants to see. The gaslighting begins.

We repeatedly have drawn and redrawn artificial lines across the face of our planet to designate where some people should be and others shouldn’t. We make up and rewrite the rules as we go along and use the military as enforcers of those arbitrarily chosen rules. Ten years later, we ask another generation of antibodies to enforce a completely contradictory rule. One administration tells the Navy to blockade the waters surrounding Cuba while another removes the ships and encourages free trade. Vietnam was our dire enemy at the beginning of my life and is one of our strongest trading partners as I near the end.

The big question: Have the antibodies themselves learned from the past mistakes? Will the military, led by the Joint Chiefs and Pentagon staff, allow themselves to be drawn into unnecessary battles or will they do what others in the current administration have done: simply ignore the illegal orders they receive from the White House? Will they remember the very basics of their oath to protect the country from foreign and domestic threats or send another generation to their deaths in a misunderstanding of their duty? 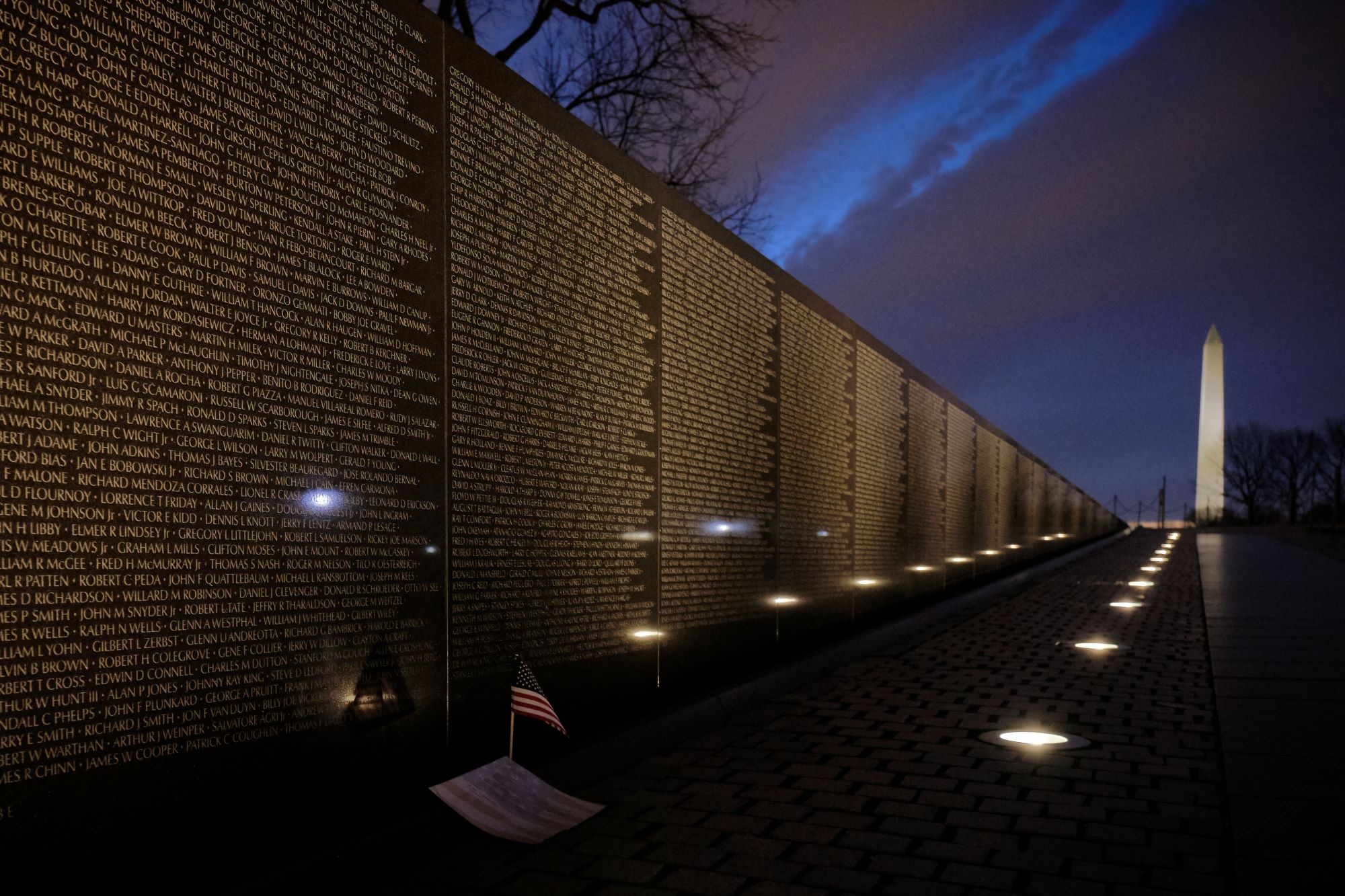 The Vietnam Veterans Memorial, foreground, and Washington Monument, background, are seen in this general view at dawn, March 11, 2019, in Washington D.C. (Photo by Mark Tenally/AP)

The Vietnam Veterans Memorial, foreground, and Washington Monument, background, are seen in this general view at dawn, March 11, 2019, in Washington D.C. (Photo by Mark Tenally/AP)

Each year, on Memorial Day, the Fourth of July and again on Veterans Day, our governments, local and national, make a big show of commitment to those who stand on the front lines of our defense while never once acknowledging what dishonest damage has been done to them, their families and communities. At no time has George W. Bush asked forgiveness from the Gold Star Iraq war families for sending their loved ones to war on the basis of faked evidence. Never has the U.S. government apologized to Vietnam veterans for using the lie of Vietnamese aggression to draw our country into a war it couldn’t win. In fact, no U.S. administration has ever apologized to the Vietnamese people for the broken promise that created a false division in their country. Will we apologize to the Yazidi people for leaving their peace-loving culture unprotected in the midst of our unnecessary war? Will we betray the Kurdish Peshmerga the same way we abandoned Ho Chi Minh after World War II, with equally disastrous results?

This year our supposed Commander-In-Chief and his staff add insult to injury. While an average of 20 soldiers/veterans take their life by suicide each day, the Trump administration wastes millions on meaningless pomp and circumstance.

I’m grateful for every life willing to give up the privileged, serene comfort endemic of our country to stand between us, between me, and real threats. From that gratitude, I believe there needs to be severe consequences for any public official, elected or not, who creates, perpetuates, or obfuscates false narratives that lead to war.

To those of you who have served then later discovered that your life and the lives of your colleagues, family and friends were used in pursuit of false goals, let me be the first to apologize. I deeply value your service, but I value your lives more and will do all I can to ensure this doesn’t happen to your children and grandchildren.

On this Fourth of July, let’s all pledge allegiance to democracy, and to you who risk your lives, by actively supporting and voting only for candidates who treasure your existence and see your deployment as an absolutely last resort, by using whatever voice and platform we have to demand proof war is inevitable, by withholding whatever resources we have from any media, public/private organization or group demanding less. After your service, let us promise to fight for every local resource to reintegrate you and your loved ones into society. We will not gaslight your experience of war. We all are part of the same body. Your health and mine are inextricably linked, even if death do us part.