Few officers say they would recommend working for the Seattle Police Department, a problem for the mayor's efforts to grow the force. 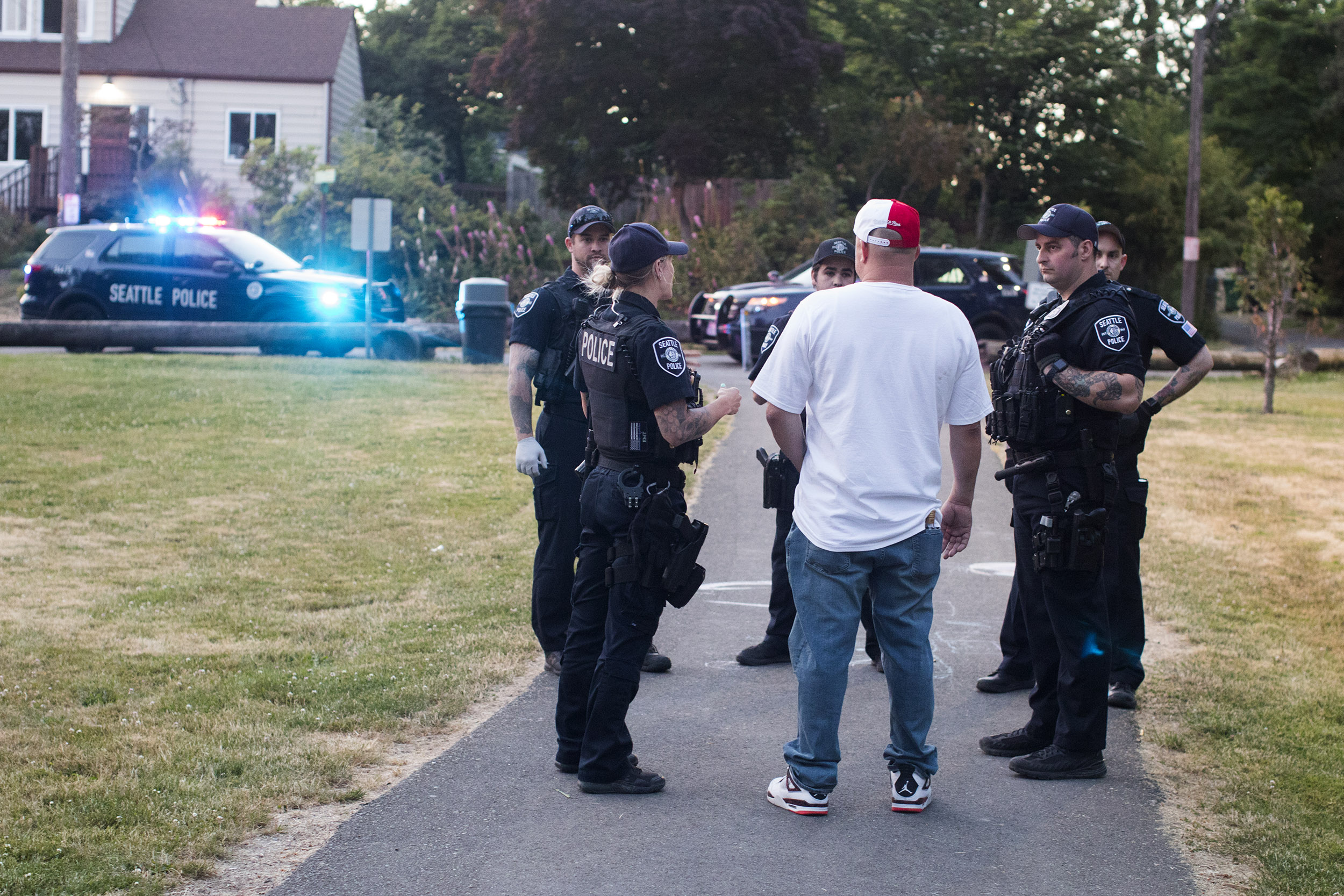 In an effort to better understand the challenges facing recruitment and retention in the Seattle Police Department, Mayor Jenny Durkan’s office distributed a survey in March to what officials called a representative sample of employees within the department.

The results, obtained by Crosscut through a public records request, are bleak.

Of the 76 officers, detectives and sergeants who responded — comprising about 6 percent of the total force — just 10 said they would refer friends or family to work for the department. Those who said they would not recommend working there often punctuated their answers with scathing language. “Hell no,” answered one officer. “Never!” said another. “Absolutely not,” replied several others.

In response to a question asking what was good or bad about working for SPD, many of the officers echoed recent public comments from former officers and public safety advocates, as well as in exit interviews, first reported by KUOW.

In the mayor’s survey, officers faulted the Seattle City Council, the mayor’s office, the prosecutor’s office, the department’s internal investigations unit and media for making their job more difficult than it already is and for not appreciating or supporting their work. Some complained about the increased scrutiny borne out of a 2012 federal consent decree. And still others said the rise in homelessness has contributed to making their jobs more difficult.

“Due to the political climate in the city of Seattle of not supporting law enforcement and the level of scrutiny in the city towards police, this is not a pleasant place to work,” said one officer.

“The culture is toxic, morale is low and you can make just about the same amount of money at other departments,” answered another.

The written survey is one piece of a larger effort from the mayor’s office to maintain and grow the size of the force. Despite promises from multiple mayoral administrations and budget allocations approved by the city council to add officers, SPD shrunk by 41 officers in 2018 — the first year to see a net decrease.

The city is scheduled to deliver a full slate of 12 recommendations for improving recruitment by late summer/early fall. Kathryn Aisenberg, who has spearheaded much of the city’s ongoing research into recruitment and retention, declined to disclose any specifics on the recommendations. But she said the proposals would focus on examining how to open up entry points into the department, convert people who may work in other roles in the city or department into officers and get current officers to tap into their networks of family and friends.

In the meantime, the city has drafted a set of preliminary recommendations, which include expanding recruitment beyond traditional career fairs; streamlining hiring; projecting more positive stories of success within the department; ensuring that accountability systems are not having unintended consequences; and offering more vocal support from city leadership.

Last fall, the Seattle City Council ratified the first new contract for officers since 2014, making them the best paid in the state. In March, Durkan secured a $15,000 signing bonus for officers. Both moves could increase recruitment.

Recruitment and retention struggles are not specific to Seattle. Tina Walha, the city of Seattle's director of innovation and performance, said the city’s issues fit into a national context. Officer exits are peaking right now across the country, as those hired in the 1990s with money from a controversial federal crime bill retire.

“Communities across the country are struggling with police recruitment and retention,” Walha said.

But Seattle faces its unique challenges as well, as reflected in officer complaints about the city council and specific systems of the Seattle Police Department. “There was certainly a faction [of officers] who were very hurt by what they perceive to be a lack of support from leadership,” Aisenberg said.

Aisenberg said the department is losing new officers who transfer to departments within 100 miles of Seattle, a frustrating and expensive problem, considering Seattle already has invested in those officers’ training.

Most prevalent among officer complaints is that they do not feel supported or appreciated, a refrain that has become familiar among Seattle’s more conservative media outlets. Some officers cited remarks made by Councilmember Kshama Sawant in 2017, calling the police killing of Che Taylor a “brutal murder” and the result of “racial profiling.”

“Command staff, Office of Police Accountability, Force Review Board all appear to discourage good police work by always condemning it and never commending it,” said one employee.

Officers also frequently say they felt as if prosecutors in the city would not charge their cases, although few pointed to specific instances.

Those who responded to the survey also frequently complained about SPD’s Office of Police Accountability, which investigates internal and external complaints and recommends discipline, if necessary.

The perception is that officers can do no right in the eyes of OPA. “You are discouraged from working, and OPA critiques your every move,” said one officer.

OPA Director Andrew Myerberg said the office is required to evaluate and possibly investigate any incoming complaint. “This is the case, regardless of our opinion at the outset, as to whether misconduct actually occurred,” he said. “We comprehensively investigate each of those cases, but that does not equate to being overzealous.”

Myerberg added, however, that the process could be improved. “In fact, OPA is actively driving several initiatives intended to reduce unfounded complaints, re-empower supervisors, increase transparency in decision-making and improve officer morale,” he said. “OPA also is active in making policy recommendations to ensure that officers are operating under clear guidelines.”

For some officers, their answers to what they liked least about working at SPD were simple. “Almost everything,” said one.

To shape the recommendations that are due later this year, the qualitative survey of officers has been paired with a quantitative look at who’s leaving and when. Aisenberg said a team from the city brought the results back to the police precincts and has been working with department staff to land on final recommendations.

“From that process we garnered over 1,000 ideas from our officers,” she said.

According to an SPD spokesperson, the department has so far this year lost 45 employees to retirements, resignations or lateral transfers and has hired 43 new recruits and student officer.