The politician's sensibilities flow from Wilcox Family Farms, a 110-year-old institution situated in the shadow of Mount Rainier. 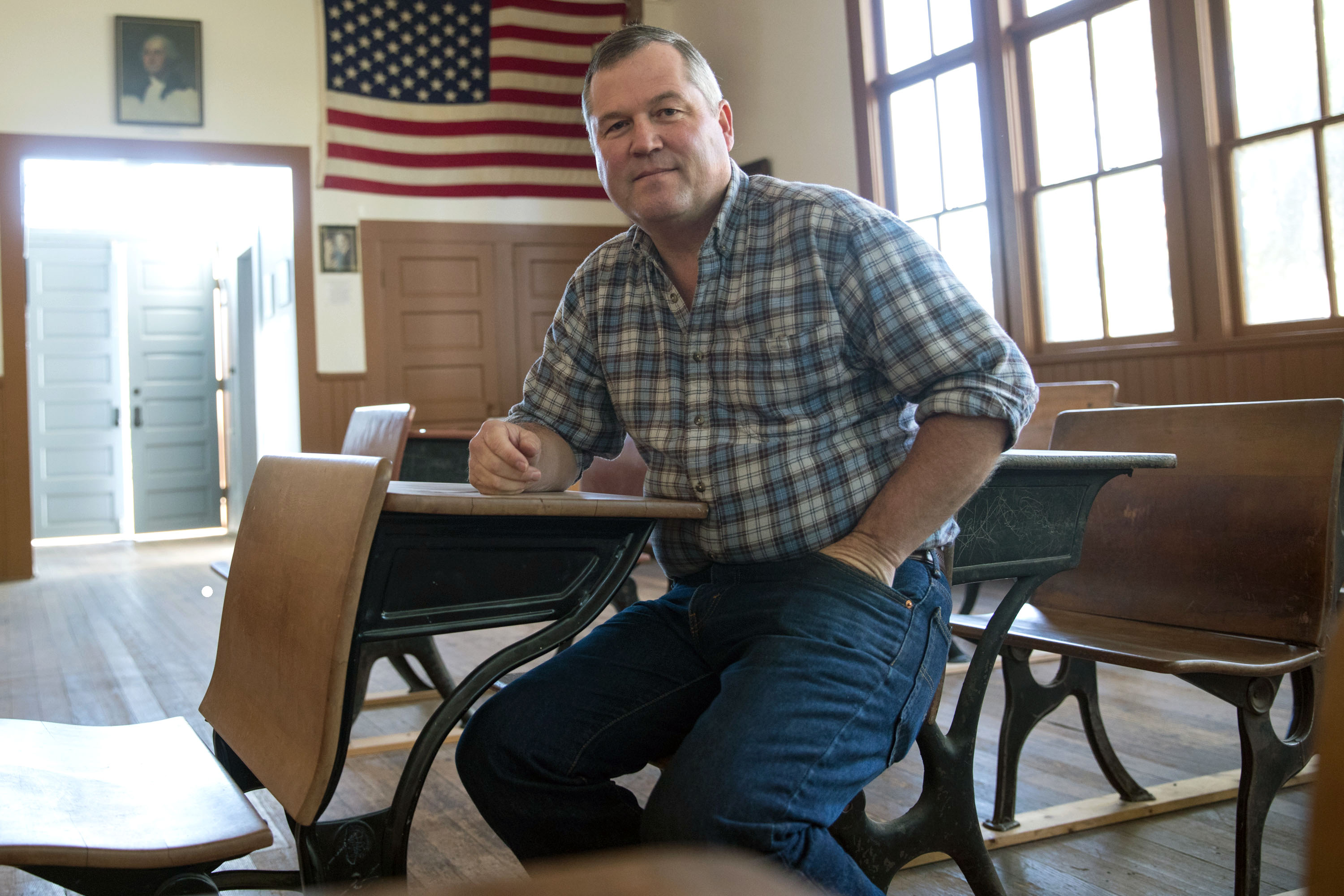 Washington state’s 2nd Legislative District covers a wide swath of rural Pierce and Thurston counties. It includes at least two famous points of frequent New Age interest: the summit of Mount Rainier, which has been called a “saucer magnet” for its history of UFO sightings, and J.Z. Knight’s Ramtha School of Enlightenment in Yelm, featuring channeled teachings from an ancient entity. But on the ground it seems like a place anchored in part by both innovative and hardworking pragmatists.

One such nexus is the Wilcox Family Farms, about 60 miles outside of Seattle between Yelm and Eatonville. It sits above a valley overlooking Harts Lake, which lies between the farm and the Nisqually River flowing from Rainer’s flanks. Across the valley are forest and the looming 14,411-foot top of our stoic volcanic peak. The farm complex covers some 1,600 acres. It’s an idyllic spot, yet hard won by five generations of the Wilcox family.

In mid-July, the Wilcox family celebrated its 110th anniversary with tours and a catered dinner in an old chicken house, now an events center and a Wilcox farm museum. As one person asked at the event, how many businesses in our region are that old? Given that we live in the land of the new, a region that largely embraces change, the Wilcox outfit is notable. I’m reminded of a chapter in the great Northwest writer Stewart Holbrook’s 1952 book, Far Corner, in which he describes areas of the region where “the frontier lingered.” This is one such place, an embodiment of settler culture and grit.

It is also a place of influence. J.T. Wilcox, a fourth-generation family member, is an elected Republican state representative of the 2nd District and currently serves as House minority leader in Olympia. He grew up on the farm where he still lives, punching the clock, he says, since age 5. He used to run the farm business, but that is now left to younger generations. Every September he hosts a salmon feed with fish purchased from the nearby Nisqually Tribe. It’s a gathering of influential Republicans and supporters from around Western Washington. At last year’s event, after typical red-meat remarks from candidates like Susan Hutchison and Dino Rossi bashing Seattle, Wilcox steered clear of such talk, emphasizing instead that politics is about values. “[I hold] the values you see around you … rural, traditional American values,” he said.

At left, Wilcox enters the Fire House Museum. At right, family photographs are seen on the walls within. (Photos by Matt M. McKnight/Crosscut)

At left, Wilcox enters the Fire House Museum. At right, family photographs are seen on the walls within. (Photos by Matt M. McKnight/Crosscut)

He comes by those honestly. His great-grandfather, Judson Wilcox, came to Seattle during the Klondike Gold Rush, tried his hand at prospecting, and decided instead to go into the retail business and run a downtown haberdashery. But in 1909, amid one of Seattle’s greatest growth spurts, Judson and his wife, Elizabeth — a daughter of Seattle — spurned life in the big city for this vast acreage in remote Pierce County. Their new farm had neither plumbing nor electricity. And it was not a short jaunt from Seattle. In the horse-and-buggy days, it was still essentially frontier.

The farm has become a family shrine to family farming. One wonders if the Wilcoxes have ever thrown anything away. Indeed, one might conclude the family carries a hoarding gene, except that everything is well organized. The farm has been in the poultry business since 1920 and was in the dairy business for decades, but sold off that operation in 2008 to focus on eggs. But it looks as if every tool, tin, old wagon and household possession has been kept, labeled and displayed. The original 1909 farm house still stands, a veritable time capsule kept just as they left it when Judson and Elizabeth died in 1970. The house has been maintained and is occasionally opened to visitors who can see the farm kitchen, living room, bedrooms, library — and even Elizabeth’s wedding dress from the 1900s. The walls are covered with family photos. If you want a picture of 19th century people farming in the early 20th, this is it.

The acquisitive preservationist impulse has extended more broadly, too. On the property stand a museum related to the history of the local volunteer firefighters and the original Harts Lake one-room schoolhouse, which was relocated to the farm and restored. The property also has multiple homes where members of the family live. The residential and events areas of the farm feel a bit like a country village, though without the faux theme park sensibility.

A chief challenge, beyond the family artifacts, has been keeping the business going. On an earlier farm tour, J.T. Wilcox told me, “Every generation has been within six months of losing” the farm. “Every generation has had to rebuild it.” The Wilcoxes have had to adapt to survive, through war, depression, changing markets, supplier bankruptcies, evolving standards. They have also innovated: selling precooked eggs, packaging their own milk, going organic, and installing mobile, solar-powered chicken coops. A 1958 Seattle Times story marveled that Wilcox farm employees worked a regular 40-hour week like the rest of us, and declared the Wilcox farm of J.T.’s grandfather’s era “a thing of order and beauty.”

Some transitions were hard. J.T. describes the decision to sell off the dairy operation, which he ran, as “really painful.” He grew up a dairy farmer, he says, but eggs have won out. Today, the Wilcox operation — which extends to several Western states and processing facilities — supplies organic eggs from almost exclusively cage-free chickens, readily seen pecking away in the Wilcox fields.

The family extols the virtues of family, hard work and stewardship. Early on, J.T.’s father, Jim, joined with Billy Frank Jr. — the legendary tribal leader and fishing rights activist — to help restore the Nisqually River and its watershed. Their partnership has been referred to as “the handshake that changed history.” At the time, other farmers were hostile or reluctant to join with the tribe. Jim also has served on the Puget Sound Partnership’s Leadership Council; J.T. is an advocate of salmon restoration and describes himself both as a conservative and a conservationist. “As those who live on the river, we believe in private property,” he says, “but you can’t put the next guy down river out of business.”

J.T’s values flow from this place. As a politician, he’s not likely to mean-tweet, but more likely to share a morning country walk through the valley mist with his dogs. He’s tough but also even-keeled and respectful of the opposition. Last year, as the legislative session opened, he paid public tribute to longtime Democrat House Speaker Frank Chopp, a welcome relief from partisan hatchet jobs. He told me he had learned two key lessons in politics. “Life and politics are very cyclic,” he said. “Never burn bridges.”

The second lesson sprung from managing a piece of timberland on the Wilcox property. There’s a small lumber mill on the farm with which J.T. can cut wood to his family’s needs, like supplying daughter Kate with materials she uses to make beautiful lodge-style furniture. “I can pile up results at the end of the day — not like in politics,” he says of the wood. But tending the forest where the wood comes from is also important. “It’s cool to be doing something you can’t personally benefit from but future generations can. … Thirty acres of pine and maple will mean something to them.” It’s a good way to think about policy and legislation.

If the Wilcoxes have managed to thrive amid change, the same cannot be said of everyone in the district. The area is rural, but not an agriculture center. Rural jobs are few, the small towns are struggling, he says. Wilcox wants to improve the life and economy of rural areas where many people have been on the losing end of trends for the past generation. He sponsored a bill that focused on studying and preventing high suicide rates among agricultural workers; Gov. Jay Inslee signed it into law last year. Still, frustration has put a chip on some shoulders. Traveling in rural areas, I’ve heard complaints that city folk seem to think the rural countryside should be managed for the enjoyment of urban residents, rather than meeting the needs of the local population.

Wilcox doesn’t seem to be burdened by the same concerns. And he understands the opportunity urban prosperity represents. even if he can be frustrated by Seattle-centric politicians. Costco has been a major Wilcox egg buyer since the mid-1980s, a turning point for the business. The farm also supplies peeled organic boiled eggs to high-tech corporate lunchrooms up and down the coast. A member of the fifth generation — who is rejoining the family business after a five-year stint working for Amazon — and other young family members are studying for business degrees. Urban prosperity helps keep Wilcox Farms thriving while ag land and family farm survival remains an enduring struggle.

In Olympia, Wilcox sees himself as a writer of budgets, a kind of chief financial officer whose job, in the minority party, is to birddog the majority and fight for fiscal restraint. He admits at one time he’d sniffed around a possible run for governor, but that was before his current job running the House GOP caucus, which he says is not unlike running a family business. He worries that one party holding power at the state level, as the Democrats have done with the governor’s office since the 1980s, is bad in principle — power corrupting, after all. “If the GOP had been in charge for a generation I’d probably be a Democrat,” he once told me. That’s a sign of a pragmatist rather than an ideologue, someone who seeks political balance, stability and greater efficiency. It’s a stance more understandable when you see what the Wilcox family has accomplished over a century of farming in the shadow of Mount Rainier. 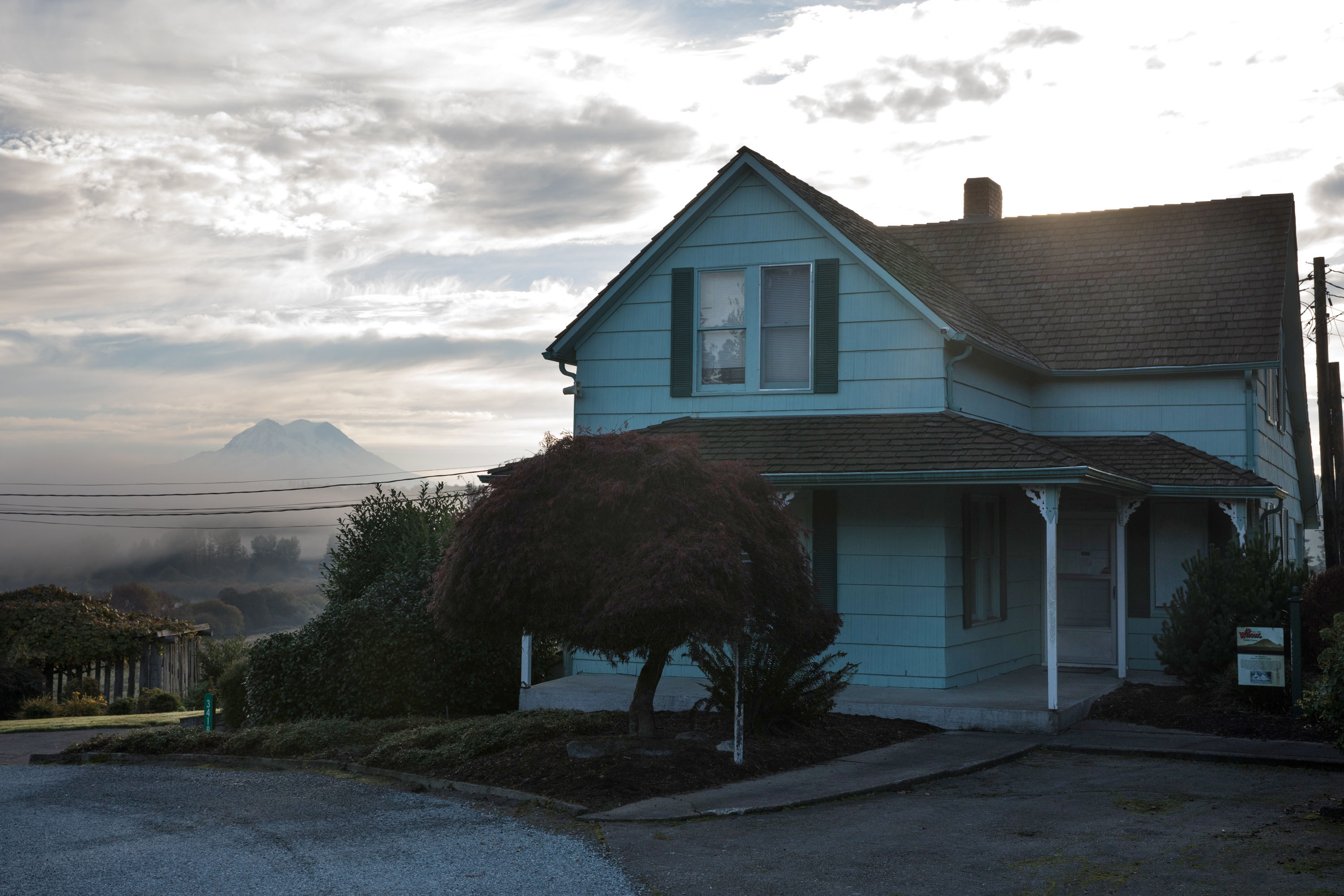