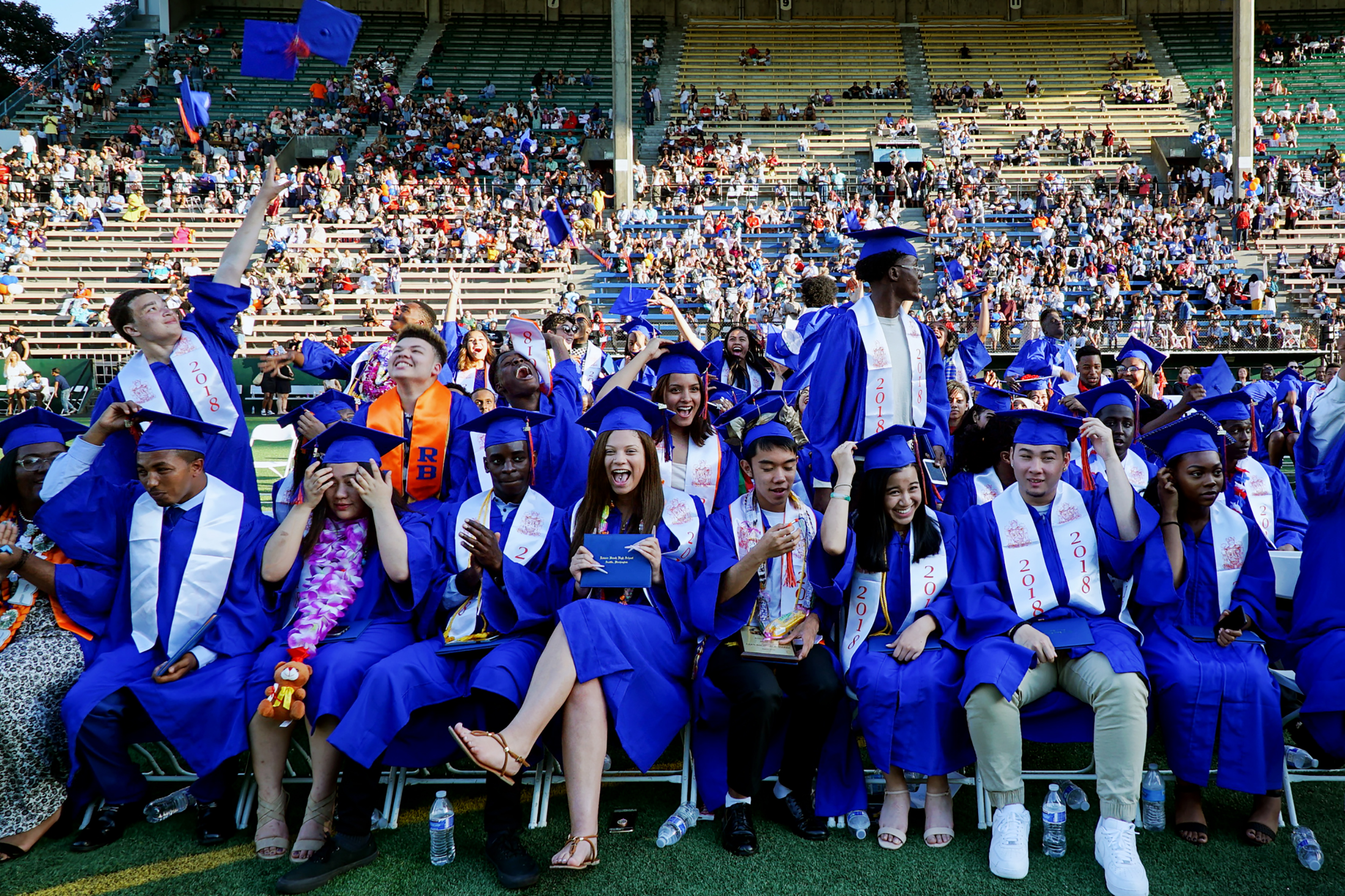 In this 2018 file photograph, graduates of Rainier Beach High School's Class of 2018 celebrate at the end of a commencement ceremony at Memorial Stadium in Seattle. (Photo © Susan Fried)

When it comes to graduation rates, Washington state’s high schools aren’t making the grade. According to data released by the U.S. Department of Education earlier this year, 79.4% of students in the state graduated on time during the 2016-17 school year, compared with the national average of 84.6%. That places the Washington 44th in the nation for on-time graduation.

But that number could be inaccurate.

A string of recent reports issued by the Office of the Washington State Auditor shows that at least 18 of Washington’s 295 public school districts have failed to comply with federal graduation data-reporting requirements, potentially affecting the data’s accuracy.

Advocates and experts tend to agree that graduation rates are an important indicator when it comes to evaluating the performance of public K-12 education systems. This data is especially important as policymakers and educators have increasingly emphasized holding schools to account for preparing students for success, rather than viewing student outcomes as the result of perceived shortcomings of children or their families.

“The fact that the auditor is following how schools are reporting graduation data is really critical because having good, reliable data is a cornerstone in improving outcomes and graduation rates,” said Katie Gustainis, spokesperson for Stand for Children Washington, a nonprofit education advocacy group. “It's what helps educators implement solid interventions and understand where to allocate resources.”

The reports, which review graduation data-reporting compliance during the 2017-18 school year, point to poor record-keeping practices by several school districts. Among the offenders were Seattle, Bellevue, Renton and Puyallup schools, the four of which serve a combined total of more than 116,000 students.

At issue is how students who have transferred in or out of high schools are factored into graduation-rate data. The districts in question failed to properly confirm and document such cases.

Under the Every Student Succeeds Act (ESSA), local education agencies must obtain official written documentation verifying the placement of students who have transferred to another school or educational program where they are expected to acquire a high school diploma or equivalent. Additionally, the status of high school students who have emigrated, died or are incarcerated must be confirmed.

This record-keeping and reporting is crucial, considering it dictates whether a student remains in a four-year graduation cohort, which is tracked at the state level beginning a student’s ninth grade year. As students come and go, the data is adjusted to more accurately reflect how many students are falling through the cracks on the road to graduation.

"Students don't become dropouts overnight,” said Paige Kowalski, executive vice president of the Data Quality Campaign, a Washington, D.C.-based education data advocacy group. “It's a process. The point of the four-year adjusted cohort rate is to capture which students are entering your system in the ninth grade and how many of them graduated.”

Some states, including Washington, have opted to also track five-year graduation cohorts to measure how many students take an additional year to graduate.

To be clear, the audits don’t definitively say how the noncompliance impacted the state’s graduation data — just that it could have. But it stands to reason that designating students — who may have actually dropped out — as confirmed transfers could have artificially boosted graduation rates. And by reporting students who actually were on the graduation trail as having dropped out, rates could have been falsely lowered.

The series of audits were prompted by a directive from the U.S. Office of Management and Budget that state auditors take a closer look at schools’ compliance with federal graduation reporting mandates, said Adam Wilson, spokesperson for the Office of the Washington State Auditor. He added that the auditor’s office is consulting with the Office of Superintendent of Public Instruction (OSPI) to further discuss what is expected and needed of schools when it comes to graduation-data reporting.

“If districts concur with the audit finding, we work with them to determine how they will correct the issues moving forward,” said Amy Harris, OSPI’s director of federal fiscal policy in an email statement to Crosscut. “If they disagree with the audit finding, we ask that they provide us with documentation to support their determination, and we work with them from there.”

Reasons for the widespread noncompliance outlined in the audits include school personnel's lack of awareness of record-keeping requirements and districts' inability to furnish relevant records at the time they were audited.

However, Kowalski maintains that the state shares an equal — if not greater — responsibility to ensure that local school agencies are gathering and presenting good data.

“It's important to be thoughtful about what [OSPI] can do to help districts better report data,” she said. “A family is not required to tell a district they're leaving, and it's not really their job to tell a district where the student is going. States should be able to identify where students have gone, if they’re still in the state, because they have a statewide longitudinal data system.”

The U.S. Department of Education launched the Statewide Longitudinal Data Systems program in 2005 to help state education agencies connect preschool, K-12, postsecondary and workforce data in one comprehensive system. This is intended to help states track the long-term, collective success of their educational institutions.

Meanwhile, Stand for Children is slated to partner with five school districts across Washington beginning in August to further aid educators in implementing successful data collection and analysis practices. 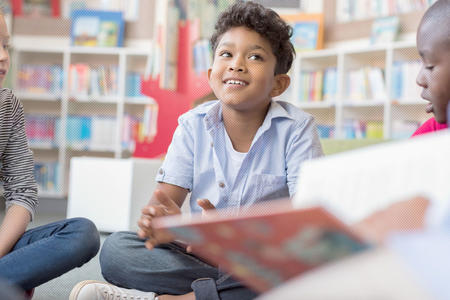 by / May 24 /
Article continues below