As more of her colleagues join her call for an impeachment inquiry, the Seattle Democrat says the process is already underway. 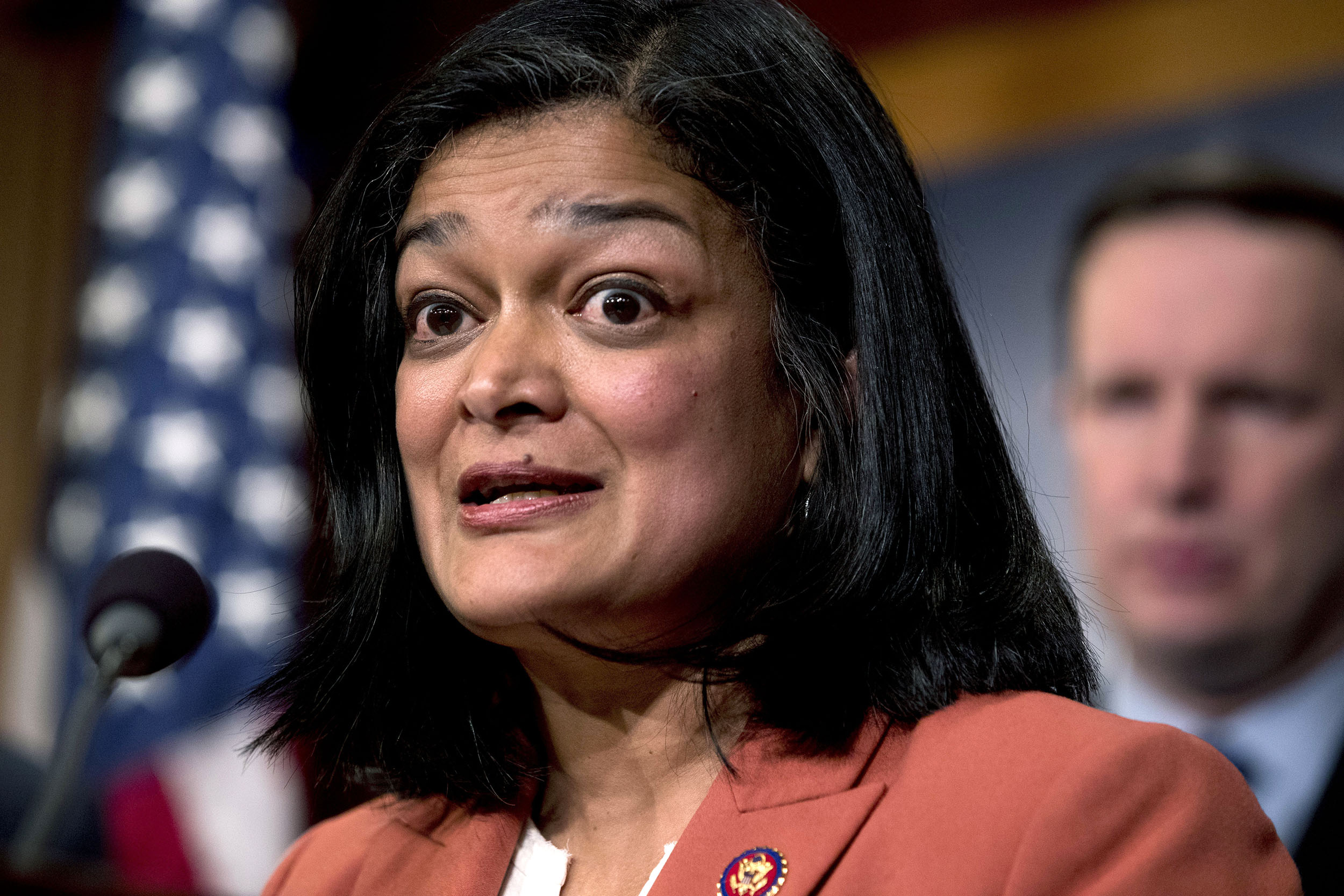 In this Jan. 30, 2019, file photo, Rep. Pramila Jayapal, D-Wash, speaks at a news conference on Capitol Hill in Washington. (Photo by Andrew Harnik/AP)

Five more of Washington’s members of Congress came out Sunday in support of an impeachment inquiry into President Donald Trump. But to U.S. Rep. Pramila Jayapal, who back in May became the first member of Congress from Washington state to call for such an inquiry, those proclamations came a little after the fact.

That’s because to leading Democrats on the House Judiciary Committee, including Jayapal, an impeachment inquiry is already underway and has been since Friday. That’s when members of the committee petitioned a federal judge to unseal secret grand jury materials from former special counsel Robert Mueller’s investigation into election interference. In doing so, the committee members declared they were already “investigating whether to recommend articles of impeachment.”

So why the flood of House members calling for an impeachment inquiry to begin two days later?

Margaret O’Mara, a University of Washington history professor, said impeachment is rare enough that it is natural there may be some confusion about how to proceed. “Although there have been two impeachment proceedings in modern memory – Nixon and Clinton — the process itself is very rare,” O’Mara wrote in a text message Sunday. “Which, with the muddiness of the constitutional definition of impeachment, contributes to the general confusion about when, where and how to move forward.”

O’Mara added that circumstances surrounding the impeachments of former presidents Andrew Johnson, Richard Nixon and Bill Clinton “were all three wildly different from one another ... which makes clarity even harder to attain.”

In search of clarity, Crosscut spoke to Jayapal about what the words “impeachment inquiry” mean, and what’s happening in the House when it comes to investigating the president’s conduct. Jayapal and three other members of the House Judiciary Committee recently published an article in The Atlantic headlined, "Why we're moving forward with impeachment."

This interview with Jayapal, which took place by phone late Sunday evening, has been condensed and lightly edited.

What’s the difference between a formal impeachment inquiry in the minds of members of Congress, versus what is already happening or has already been initiated?

It is a little confusing because I think a lot of people thought — including me, by the way, several months ago, before I really started to look into what the Constitution says, what history says — that you needed a formal vote of the House to start an impeachment inquiry or investigation. There is really no such thing as an "inquiry," technically, but a process of impeachment.

To utilize the Article I powers (of the Constitution), I think a lot of people thought you had to have a full vote of the House. But that is not actually accurate. And so, what happened on Friday is the petition that the House Judiciary Committee submitted to the court ... that formally stated that we intend to consider now whether or not to recommend our own articles of impeachment. Without a lot of fireworks or anything, it is sort of the formal start of the House declaring that we are in this process of investigation. And that has been approved by Speaker Pelosi. ... She has given the green light for those papers, which were filed with House counsel... That would not happen without her approval, obviously. So everyone is on the same page.

The House Judiciary Committee has formally begun the process of investigating this situation, which will also include consideration of articles of impeachment and whether or not to recommend those to the House for a full vote. That means that we have really full authority to get all the information that we need so we can have the investigation.

So, when House Speaker Nancy Pelosi says she wants to gather more material before making a decision to move forward with impeachment, that’s not in conflict with what you are doing?

No. People are seeing that as being in conflict. But that’s actually what the inquiry or investigation is. It is gathering all the materials to make sure that we have a really strong case. And if for some reason we don’t, then we don’t have to recommend an impeachment vote to the full House. But if we do, that would obviously be the next place that we would go. ... So when Pelosi says we won’t go forward unless we have the strongest possible case, what she means is now we’re in the investigation phase, we’re going to get all the information we need, we’re going to call the witnesses to us to testify, we’re going to get the grand jury materials and also that we are no longer limiting ourselves just to the Mueller investigation, the Mueller report.

Do you feel like the Judiciary Committee is already doing an impeachment inquiry, then?

Yes, Friday was the day that marked that. When we submitted to the court our papers that said we are using our full Article I powers ... those sentences were incredibly important because that was saying to the court we are in a new day, that the Mueller hearing was an inflection point, and that we are now officially invoking our Article I powers of the Judiciary Committee and as the House of Representatives. So it doesn’t need to go to a vote to start the process. And this has happened before, by the way ... judges have been impeached without a floor vote.

So there is a difference between launching the actual impeachment proceedings, versus an inquiry?

No. They’re the same.

They’re the same. We in the [Atlantic] article, we called it “the impeachment process.”

It had seemed like the speaker had been more reluctant previously. But now she has signed off on launching impeachment proceedings, essentially, is what you’re saying?

So, when the House votes on articles of impeachment, that’s essentially the indictment or the charges against the president. Then it goes to the Senate, which holds the trial, which then decides whether or not to hand down a conviction?

Yes, exactly. You wouldn’t be able to go impeach the president without those articles of impeachment. That would have to happen if this were to move forward. And that’s why we called it a process in our article.

I asked the local members of Congress who sent out statements Sunday, “What do you mean by impeachment inquiry?” It wasn’t exactly clear.

It’s good they’re calling for it.

What [Sen. Patty Murray] called proceedings, some people call an “investigation,” and some people have called an “inquiry.” But all of it is about the House saying and the Judiciary Committee saying we are invoking our highest Article I powers … and we are invoking those highest powers now, as of Friday. 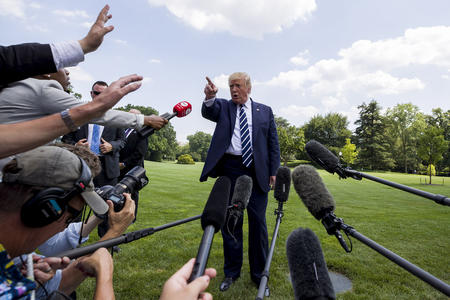 Five more Democrats from Washington state joined the call over the weekend. What's prompted their change of heart?

Five more Democrats from Washington state joined the call over the weekend. What's prompted their change of heart?