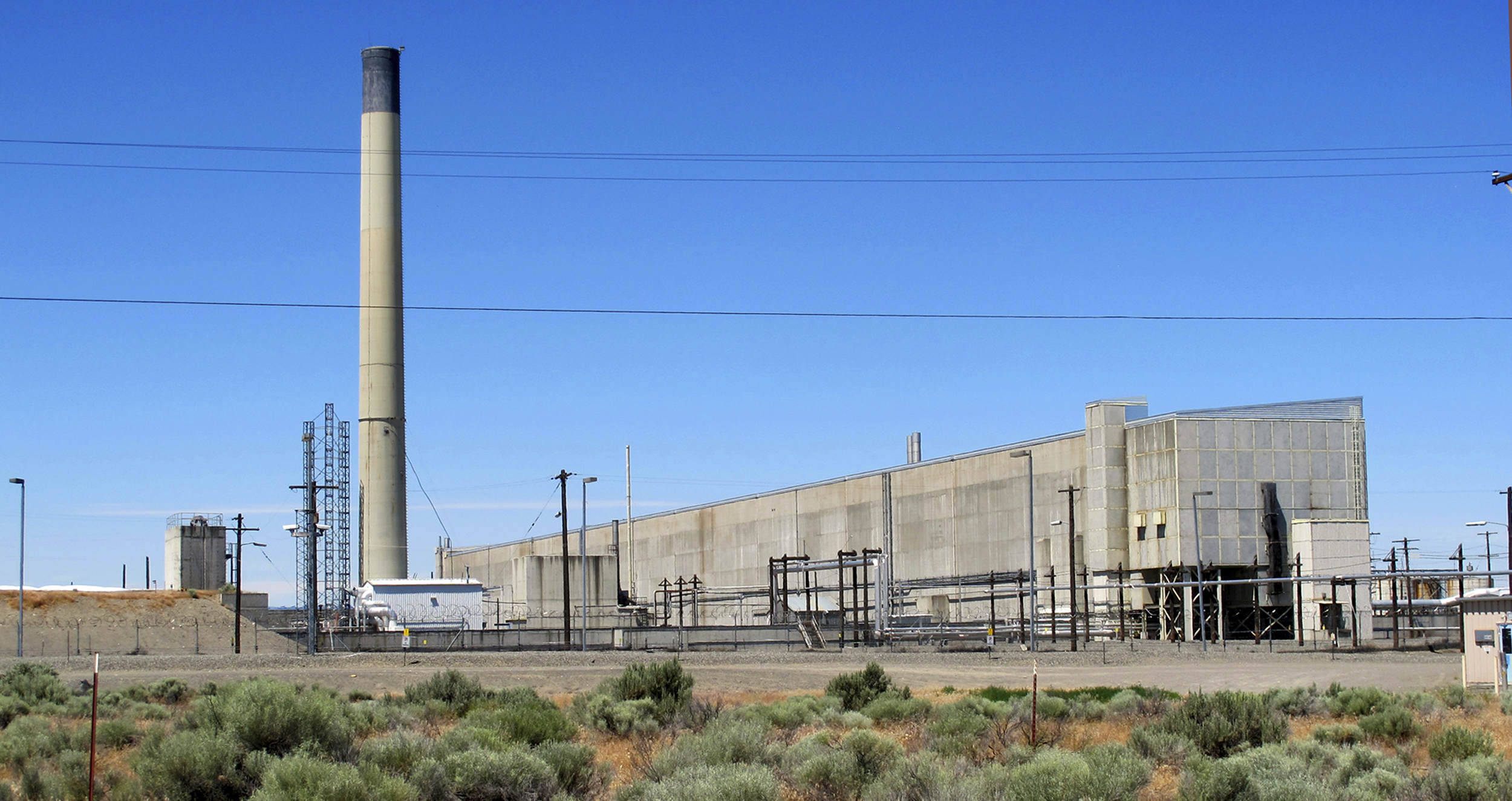 A U.S. Department of Energy plan to reclassify much of the high-level radioactive waste at the Hanford Nuclear Reservation, near Richland, Benton County, is being met with resistance in the U.S. House of Representatives.

In June, U.S. Rep. Adam Smith, D-Bellevue, introduced an amendment to the fiscal 2020 National Defense Authorization Act that would forbid the Department of Energy from reclassifying an undetermined amount of Hanford’s 56 million gallons of high-level radioactive wastes into less dangerous “low-activity” wastes without treating it — unless it received permission from Washington’s governor. The full U.S. House might vote on the amendment later this week

Smith’s amendment originally addressed all states with DOE complexes holding federal high-level radioactive wastes. But that language is being changed this week to narrow the amendment’s focus just to Washington, said members of Smith's staff.

The amendment came in response to a June 10 announcement by the DOE that it would reclassify much of the wastes at Hanford, and at its sites in Idaho, South Carolina and New York. Prior to that announcement, Smith, Sen. Patty Murray, D-Wash., and Sen. Maria Cantwell, D-Wash., wrote to the DOE, noting concern about the proposal to reclassify wastes in the manner proposed.

Murray spokesman Michael Brewer said of the senator: “She believes it’s critical that the Department of Energy be transparent and clear with residents in and around Hanford about their potential waste disposal decisions, and will continue pushing the department to do so.”

Washington Gov. Jay Inslee also opposed the proposed reclassification, and his office worked with Smith’s staff on the amendment. “Our office is actively engaged on this and appreciate Congressman Smith’s leadership in opposing this dangerous rule and holding DOE accountable for the Hanford cleanup,” Inslee spokeswomen Jaime Smith wrote in an email.

In June, Inslee and Washington Attorney General Bob Ferguson issued a joint press release opposing reclassifying Hanford’s waste.  “By taking this action, the administration seeks to cut out state input and move towards disposal options of their choosing, including those already deemed to be unsafe by their own assessments and in violation of the existing legally binding agreement,” the press release stated. “We will consider all options to stop this reckless and dangerous action.”

Smith is chairman of the House Armed Services Committee and the chief sponsor of the 2020 National Defense Authorization Act. Consequently, his amendment has a good chance of surviving the Democrat-controlled House. However, it is difficult to gauge the amendment’s chances in the GOP-controlled Senate.  Smith’s staff declined to speculate on the likelihood that the amendment would make it through Congress.

Hanford manufactured plutonium in reactors from 1943 to 1989 for the nation’s atomic bombs, including the one dropped on Nagasaki, Japan, at the end of World War II. In the process, it created what added up to 56 million gallons of radioactive chemical wastes stored in 177 underground tanks a few miles from the Columbia River. Most of the tanks are single-shell; the remainder are double-shell.

All 149 single-shell tanks are beyond their design lives and at least 67 have already leaked more than 1 million gallons into the ground, waste that will slowly seep to the river. The 28 newer double-shell tanks are also at the end of their design lives. The inner shell in at least one has sprung a leak, and that tank is now out of commission, leaving 27 other double shells.

Hanford’s cleanup is governed by a complicated, constantly changing 1989 contract involving the DOE, the state and the U.S. Environmental Protection Agency, as well as a number of more recent court orders.

DOE missed a 2015 deadline to begin designing new double-shell tanks, and the contract allows the state of Washington to order the feds to start that work. The state recently did order the DOE to start design work on new double-shell tanks because the current ones are almost full, according to a document that the state sent to the feds on June 25. The state wants that design work 60 percent complete by 2022, according to the order.

A new double-shell tank is estimated to cost $100 million and a group of six tanks would take five to seven years to build, according to the Tri-City Herald.

Leaked contaminants have soaked down to the aquifer, which has transported the substances at different speeds toward the Columbia River, where salmon spawning grounds and riverside cities are at risk. So far, milder contaminants have reached the river, which has diluted them. However, some chemicals and nastier radioactive contaminants, such as cesium and plutonium (which are linked to cancers), move more slowly through the ground, threatening the Columbia in a yet-to-be-determined time period in amounts that won’t dilute as easily.

Hanford’s master plan has been to pump the wastes from the single-shell tanks to the safer double-shell tanks. Complicating this is that the wastes consist of at least 100 different chemicals and radioactive substances in unknown combinations that exist as fluids, salts, chunks and peanut-butter-like goop. The different substances and levels of radioactivity make it extremely difficult to produce chemical reactions to convert all of the wastes into materials that can be turned into glass, a process known as vitrification.

Actually, there are two pretreatment facilities in play. The bigger one is supposed to separate the low-level and high-level wastes beginning in 2030. A second, simpler plant would chemically prepare existing low-level waste for vitrification in 2023.

The three main facilities have been under construction since the early 2000s — but progress has been erratic. The second, smaller pretreatment plant was completed in recent years.

The overall project has been plagued by numerous cost increases and delays. Originally scheduled to be up and running by 2009 at a cost of $4 billion, the project has yet to finish construction and now has a price tag of at least $17 billion. The high-level radioactive waste plant is legally required to start processing waste by 2031, while the low-activity waste plant is required to start glassifying by 2023. The overall pretreatment plant is legally set to start in 2030.

A specialized smaller pretreatment facility solely for some low-activity wastes has been scheduled to begin work in 2023, along with the low-activity vitrification plant. However, that smaller plant appears on track to be ready by 2024. The idea is to begin glassifying some of the easiest wastes as soon as possible — by 2023 — to create some momentum for the sluggish project.