'The dread lingers': What it's like to mourn for El Paso from Seattle

In the aftermath of the tragedy, we longed for the strong community of our Texas hometown. 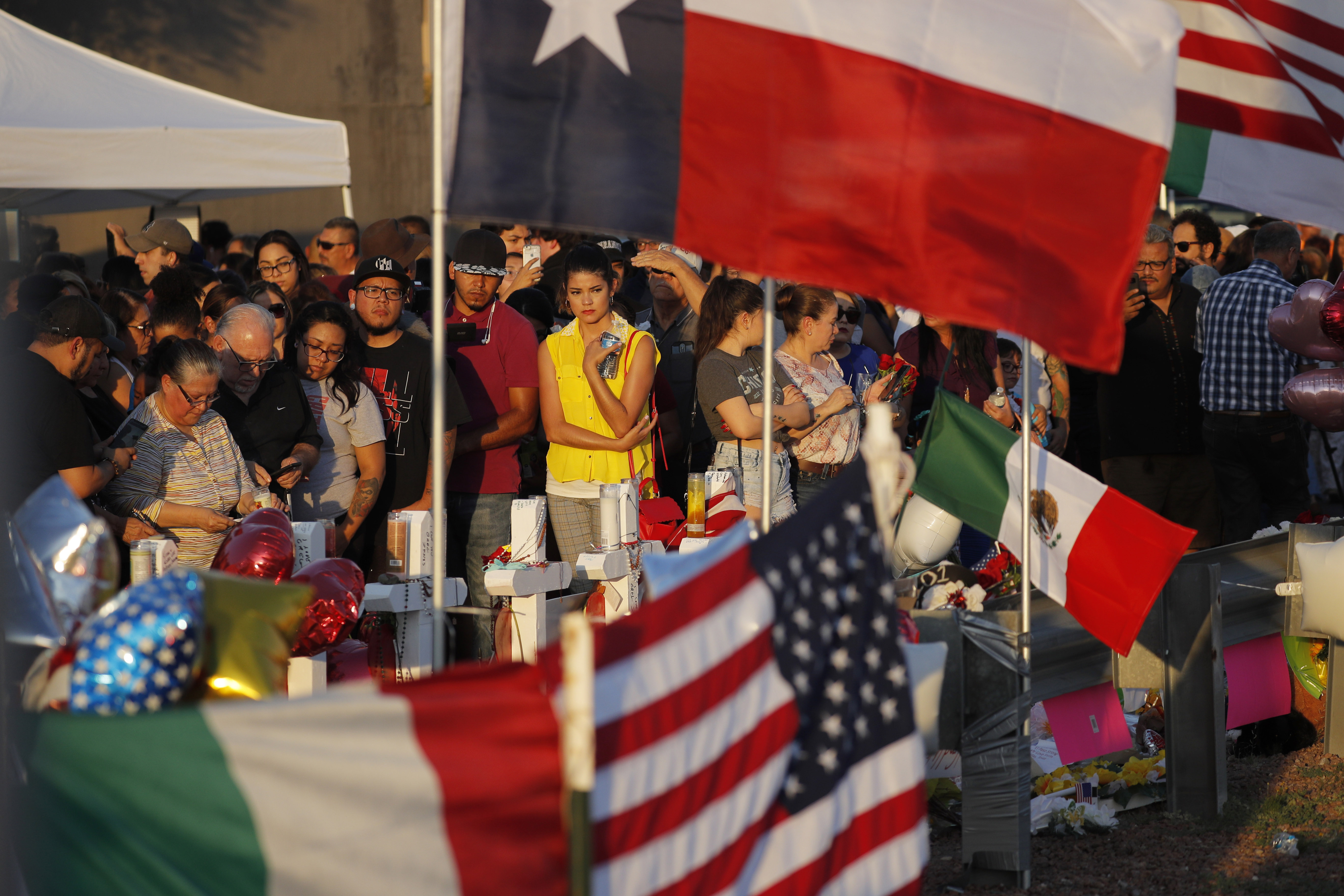 People visit a makeshift memorial at the scene of the El Paso, Texas, mass shooting, which occurred at a shopping complex, Aug. 6, 2019. (Photo by John Locher/AP)

My heart dropped when I saw the words “active shooter” and “El Paso” in the same sentence. I began the dreaded task of calling and texting loved ones to make sure they were safe after the mass shooting, an act that has become a sad and beguiling tradition in America.

From Seattle, all I could do was follow online. Social media was immediately flooded with suspect news reports and horrifying videos from inside the Walmart, where a shooter gunned down 22 people and wounded 25 more. The old cliché crosses your mind, I can’t believe this happened in El Paso, knowing damn well that in the United States it can happen anywhere at any time. The dread lingers as you begin to think about all the times you shared a meal at the Red Lobster across the parking lot from Walmart because, to many Mexican American immigrants, that’s the fanciest place one might celebrate a milestone.

I feared for my family. I called my parents and had to explain what happened. I checked in with my sister; she was fine but scared. After a brief feeling of relief, my thoughts turned to my extended family, my friends and my neighbors: “I know they don’t live near there, but what if they needed to pick something up on the way to a get-together?”

For those who have never been, El Paso is arguably the largest small town in all of America. Like the yucca plants that dot the landscape, the roots run deep. People tend not to leave; generations build lives there, many with family members living across the border in Juárez. Everyone I reached out to had their stomachs in knots. Even after you know your family may be safe, you fear that your friends and neighbors could be among the casualties. A friend of a friend is family in El Paso. They’ll always ask you how your tía is doing.

The city is home to one of the largest percentages of Latinx people in the country. Growing up in West Texas can be brutal. In the summer, for months on end, the heat regularly reaches above 100 degrees. Normal spring days can be abruptly ruined by sandstorms. But the people stay, despite the harsh climates, because of the close-knit community they’ve built.

Since our move to Seattle last year, my wife and I have tried to recreate the life that surrounded us in Texas. In our short time here, we have done our best to build a sense of community. We frequent Lower Queen Anne’s Plaza Garibaldi because we love to be able to speak in Spanish and catch up with everyone in the family-run restaurant. A fellow Texan, Mariela Camacho, runs the pop-up bakery Comadre Panaderia that participates in many events to help Latinx communities in Seattle and back home. On the Monday following the shooting, Comadre was part of a pop-up at the Dynasty Room to raise money for RAICES, the Texas-based organization helping immigrants detained at the border. Unfortunately, we didn’t have the heart to go after our somber weekend.

Despite the friends you make, you still feel isolated and guilty being so far from home. My wife, Nicole, recalls feeling completely alone after returning to work last Monday. “One thing that sucks about living in a place with a passive culture is that it’s so easy to feel alone. I know for certain someone would have checked up on me or offered to eat lunch with me had I been in Texas,” she told me. The “Seattle Freeze” is a common excuse for this city’s notorious reticence to connect, but in times like these, there is a longing for a tighter community.

Amid the fear and anguish I feel is an overwhelming sense of guilt and selfishness. I feel terrible not being closer to home. I beat myself up for not caring more about other communities in pain. My connection to El Paso is part of why I am heartbroken, but perhaps I haven't grieved enough for the victims in Gilroy and Dayton. Has the nation’s nonstop gun violence exhausted our ability to mourn?

Eventually my mind considers the rhetoric that has made my fairly quiet, mostly boring hometown a political talking point. Statistically ranked as one of the safest cities in America, the city and the people that cross the border daily were now being called dangerous. People trying to find opportunity were maligned simply for coming from somewhere else. Like many people in El Paso, I too come from “illegal immigration.” We all share similar stories. Most people ignore the rhetoric because it simply isn’t true. Everyone in El Paso is connected to someone who is undocumented. It always has been that way.

Every Saturday and Sunday thousands of people cross over from Mexico, legally, for the sole purpose of shopping in El Paso. While many stop at the shops lining the main streets downtown, or at bulk stores near the international bridges, still others head  toward Cielo Vista Mall and all the nearby brand-name retailers to maximize their shopping experience. Many shop for themselves and their families, but some travel from as far as the Mexican states of Durango or Sinaloa to buy goods they can sell in their city, the cheap prices at El Paso’s Walmart always a draw.

The attack has shaken the city to its core. As expected, when the names began to trickle out, it was no shock that some of the victims were Mexican citizens. Regular people doing their weekly shopping. As the summer draws to a close, families doing back-to-school shopping were there when the shooting began.

The attacker’s motivations were clear. There are Mexican Americans in the Dallas-Fort Worth area where the shooter came from. But the racist rhetoric spewing from the upper realms of our debased political culture, about El Paso and so-called “invasions,” apparently resonated. The killer drove to El Paso from a Dallas suburb and chose his destination deliberately to maximize Mexican casualties. I had made that same godforsaken drive a hundred times. Denton to El Paso, a 640-mile stretch through the Permian Basin, sand on both sides of Interstate 20 as far as the eye can see. It was the worst drive, but the family, friends and chile relleno burrito waiting for me made it bearable. It’s hard to fathom making that drive with a heart full of hate. 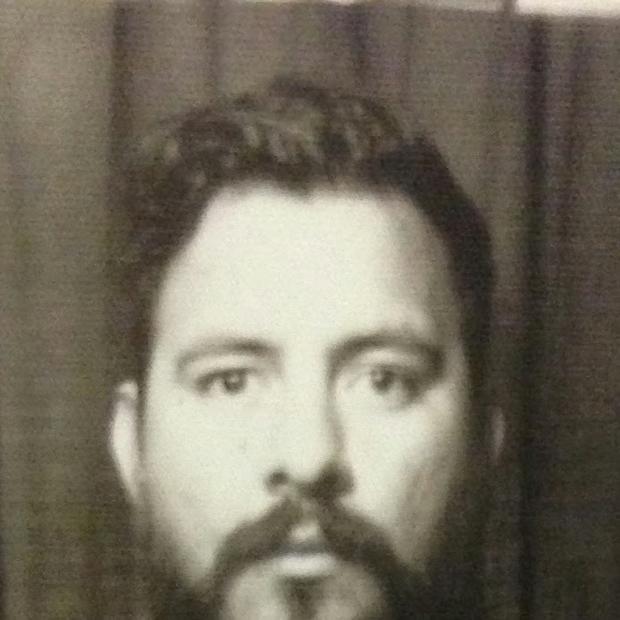 Alberto Perez is a freelance writer based out of Seattle.