Students and parents advocated for a minimalist, districtwide dress code after they say some students were unfairly targeted by school-level dress codes. 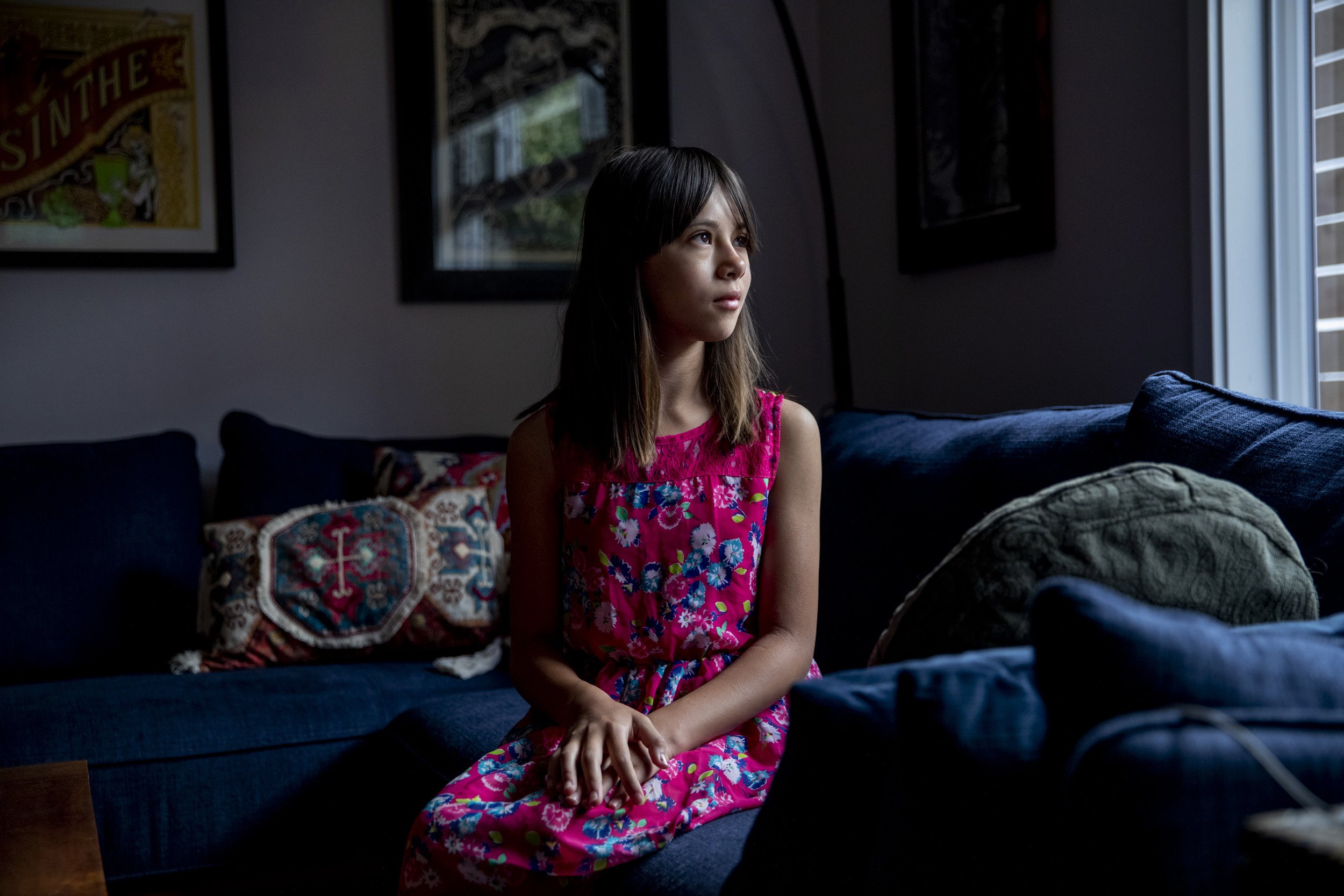 Eveline Ishisaka, 10, in her Greenwood home on Aug. 15, 2019. In March, Eveline was "dress-coded" — found in violation of her school's dress code — for wearing the dress pictured. (Photo by Dorothy Edwards/Crosscut)

When Toshiye Ishisaka’s daughter, Eveline, got home from school that day in March, the child seemed confused. The 10-year-old, who attends school in northeast Seattle, was shocked at an interaction she’d had in her classroom earlier that day.

Eveline relayed to her mother that her fourth grade teacher, who had taken time out of class to reiterate the school’s dress code policy, had singled her out as being in violation. The offending garment: a floral, midlength dress with roughly 2-inch-wide straps.

“I think Evie knew right away that it was wrong, that the school should have no purview to police her body or her expression,” Ishisaka said. “She was really surprised that the students were called ‘distractions.’ ”

Riled by the incident, Ishisaka proposed changes to the dress code policy at her daughter’s school. In April, the school's administration adopted a new dress code in line with suggestions Ishisaka proposed, which were aimed at eliminating bias toward girls and impeding lost instructional time because of one’s attire.

The change helped children at Eveline’s school, but Ishisaka soon learned that the issue was far-reaching. She set out to prevent other students in the district from having similarly humiliating experiences.

“I had my immediate need to remedy the school's dress code,” Ishisaka said. “What I didn't realize at that time was each school in the district was allowed to set their own code. … In allowing individual-level discretion, school by school, there's so much room for bias and it's really inequitable at its core.”

Ishisaka and student advocates got to work pressuring Seattle Public Schools to set a districtwide dress code. By July, their work had borne fruit; the Seattle School Board unanimously adopted a dress code policy to be applied at all schools, which goes into effect in September.

The new code was crafted to prevent gender and cultural bias in its enforcement. Under the new policy, students are required to wear a top and bottom – the only stipulations being that “private parts” are covered – and shoes. Clothing carrying sexually suggestive, libelous, violent or criminal messaging is off limits.

While the new dress code prohibits any new school uniform policies, three schools that already had uniforms will be permitted to keep them going into the new academic year.

Supporters of the change contended the old rules led to female-presenting and genderqueer students being disproportionately policed for dress code infractions.

“We’ve been talking about school dress codes for-freakin’-ever,” Seattle School Board President Leslie Harris said just before the decisive vote. “I am so sick of taking emails and rabid phone calls about folks whose daughters have been sent home because they're wearing yoga pants or their bra strap is showing.”

The policy, though largely informed by a resolution Ishisaka wrote on behalf of the Seattle Council PTSA, was also influenced by the input of students. Teens from Garfield High School’s sexual assault awareness club were especially vocal in advocating for a more inclusive dress code policy after what they described as a string of unfair incidents of “dress-coding” — finding someone in violation of the dress code — in May 2018.

“One random day in May, the administration just decided to start dress-coding people,” said Azure Savage, an incoming senior at Garfield. “Everybody was outraged that this started happening.”

Savage, who identifies as a transgender boy and uses they/them pronouns, raised concerns to the district’s legal counsel that people identifying as genderqueer have been especially susceptible to dress-coding. This, they said, is a result of perceptions that one’s clothing is out of alignment with one’s assigned gender.

“It became clear to myself and a lot of students that the dress code was being unequally enforced because of racial bias and gender discrimination,” Savage said.

Isobel Lamola, also a student at Garfield, echoed Savage’s sentiments. The 16-year-old said that when she was a student at Asa Mercer International Middle School, she observed biased dress code enforcement, which led students to protest.

“There was a day where we all decided to break the code together and it was really empowering,” she said. “That’s kind of when my attention was brought to the issue.”

The new policy also safeguards against hairstyle discrimination. With several stories of Black children being disciplined for braided and locked hairstyles surfacing in recent years, Ishisaka said it was also critical to add protections against racially biased dress code enforcement. School board director Scott Pinkham, who is Native American, also pointed to his personal experiences with being forced to cut his hair to play high school sports.

Advocates for the new policy successfully pushed to limit the circumstances under which students can be pulled from class because of their attire. Going forward, students can be removed from class only if their clothing presents a “substantial disruption to the educational environment,” creates a health or safety hazard, or is a factor in another offense, such as bullying or harassment.

It is less clear when staff can address a student’s dress code violation in front of their peers. Ishisaka raised concerns about how the policy would be communicated to staff and implemented come September.

For Savage’s part, they said they were more in favor of eliminating dress code policies altogether. However, they were satisfied with the policy the school board ultimately adopted.

“I mean I was happy about it, but I still stand by the fact that I don't think there should be a dress code, period,” Savage said. “But I'm glad that the dress code got changed the way it did, and I think it's a good step in the right direction.”