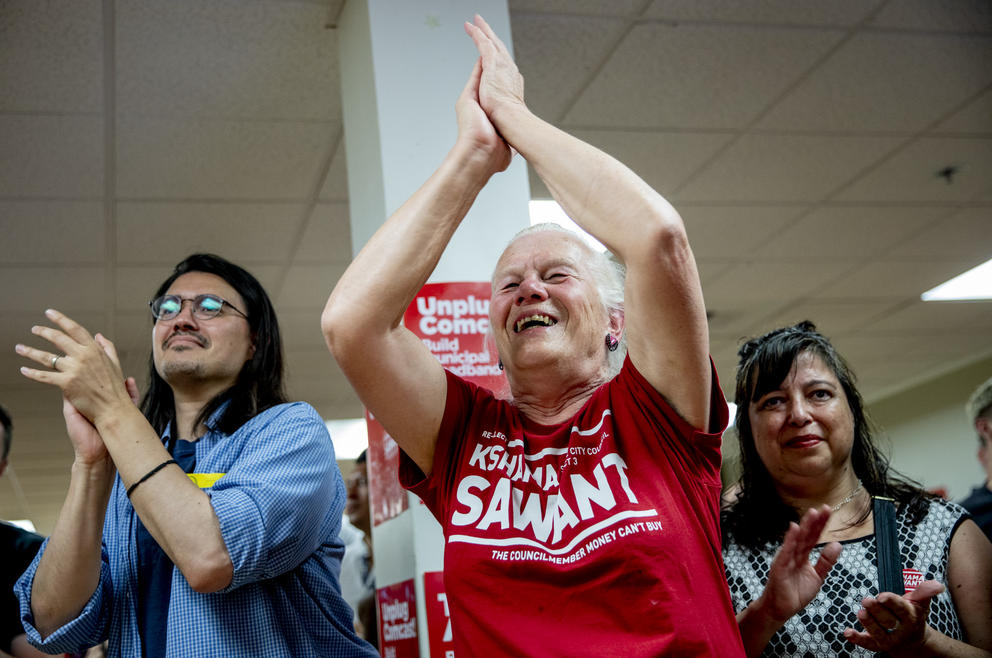 After months of anticipation, the stage has been set for a general election fight over the fate of the Seattle City Council. And based on the results of Tuesday’s primary election, most voters will be presented with two distinct visions of how the city will move into the future.

While there are still ballots left to be counted, the top two candidates who will advance to the general were clear in all seven city council races. Candidates backed by the Seattle Chamber of Commerce will advance in every race. At the same time, so too will some of this year’s most left-leaning candidates, including two who identify as socialist.

It is still possible that this will be the change election some have anticipated, but anxious observers must wait three more months to find out.

The biggest surprise of the night may have come from Larry Gossett’s race for reelection to the King County Council. The longtime member and hero of local activism currently is trailing a young challenger, Girmay Zahilay, who won over 50 percent of the vote. Gossett has suddenly become the underdog in a race he easily has won for years.

At the same time, the results of the city council vote left open the possibility for a number of future upsets. The three Seattle City Council incumbents running for reelection — Debora Juarez, Lisa Herbold and Kshama Sawant — will all advance to the general election. However, none of the three gained a majority of voters, meaning they must fight for additional votes to keep their jobs.

Mayor Jenny Durkan told Crosscut that these results should make the three nervous. “I can’t think of an election where no incumbent was over 50 percent,” she said by phone following the release of the first batch of results at 8:05 p.m. “I think it tells you that no incumbent can count on winning in November. … This is a change electorate.”

The primary election is, in some ways, the culmination of a debate that began in early 2018 over taxing big businesses to fund housing and homeless services. With the aid of some well-placed political consultants, the momentum generated by opponents to the tax — which the city council passed, then quickly repealed — easily morphed into a broader effort to elect a new slate of council members.

What followed was over $2 million in independent spending — much of it pushing for ideological change to the left-leaning council — that is unencumbered by campaign finance limits and has blasted through records set in previous years.

More generally, homelessness has been by far the biggest issue on voters’ minds. While knocking on doors, nearly every candidate has been met with the question: What are you going to do?

In the end, none of the 50-plus candidates running for Seattle City Council exceeded the 50 percent margin. As a result, the evening’s outcome was a kind of Rorschach test — either proof that cries for change were overblown or results that should make incumbents nervous.

In contrast to Durkan, Councilmember Lisa Herbold was optimistic about her 47 percent, which could grow as late ballots are counted in the coming days. “To be honest, I didn’t think the returns were going to be this good,” Herbold said. “I expected the negative campaigning to have a bigger impact.”

At Councilmember Kshama Sawant’s rally in the Central District, news of the socialist incumbent’s lead was met with cheer. Sawant gave a rousing speech to her adoring fanbase, chastising the PACs that have spent heavily against her and cast her as divisive. She framed the night as a repudiation of that spending and language.

But with just 33 percent of the vote, Sawant comes out of primary night the most vulnerable of the incumbents. “A world in which Kshama Sawant is at 33 percent in early ballot returns is a pretty rough result,” said political consultant Ben Anderstone. Sawant's lackluster performance so far suggests many people have changed their minds about her since her last election in 2015, he said.

“When you see that kind of cratering of a candidate, there is substantive opinion change happening there,” Anderstone said. “She probably should be honestly at least at 45 percent to be in an even remotely strong position.”

Sawant will face off against Egan Orion, the Chamber’s preferred candidate. He won just 23 percent of the vote, meaning he too has a lot of work to do between now and November. But Orion was excited, nevertheless. “Our message is taking hold and catching fire,” Orion said as he addressed a crowd at Rachel’s Ginger Beer shortly after 8 p.m. “It looks like we are going through to the election in November.” Referring to Sawant, Orion said: “The results tonight do not look very good for the incumbent at all.”

In District 4, Alex Pedersen — a onetime aide to former Councilmember Tim Burgess — was easily besting his opponents with 45 percent of the total. He has run hard on a message of incrementalism and “accountability,” a more moderate message in Seattle politics that appears to have resonated. “Voters have high expectations for a council member who's going to be very responsive to what's going on in their community,” he said during his election night party. “Whether it's safe streets, safe parks, a council member that returns their phone calls and emails and understands their neighborhood well.”

Pedersen will face Shaun Scott, a former campaign organizer for U.S. Rep. Pramila Jayapal and a member of the Democratic Socialists of America. Scott’s share of the vote could grow in the coming days as late-arriving ballots are counted, but he’ll nevertheless have a steep hill to climb. Still, he expressed excitement for the coming race.

“I think we’ve been facing Alex this whole time, and I think he’s been facing us this whole time, and I think some other campaigns got in the way of a showdown between two very clear and distinct visions for the city,” Scott said, celebrating with a cigar. The results throughout the city, including in District 4, were emblematic of a divide between progressive candidates who organize well and more business-friendly competitors that have "more money than God," he said.

In District 2, Tammy Morales, who missed a seat on the council by a few hundred votes in 2015, took a commanding lead over her opponents, recording 45 percent of the vote. She said the results were evidence that people are not delivering a repudiation of the city council’s recent leftward swing.

“These results say to me that at least in this district people are rejecting that whole premise and attempt to divide our community,” Morales said. “I think it’s clear the people of District 2 aren’t going to get duped by this corporate political elite message. It also shows that the strategists behind that message don’t know a damn thing about this district if they really thought that was going to be effective.”

Morales will face Mark Solomon — one of two candidates endorsed by Durkan — who is running to improve the response to homelessness and public safety. In Tuesday's interview, Durkan took credit for Solomon's second-place finish. “Three weeks ago, the numbers that I saw publicly, he was in fourth,” Durkan said. “Now he’s in a comfortable second. Mark Solomon is very much in line with that district.”

Meanwhile, an endorsement from the Stranger may have proved helpful in races with a large number of candidates — Dan Strauss in District 6 and Andrew Lewis in District 7 each won the paper’s support and each took comfortable leads over some of their well-funded opponents. Strauss will face former Councilmember Heidi Wills, who is attempting a return to the seat after being swept out during the “Strippergate” scandal of the early ’00s. And Lewis will face former Seattle Police Chief Jim Pugel — a “progressive cop” who has supported police accountability measures.

The most resounding victory of the night came in the form of a property tax for libraries — to fund maintenance and longer hours, and to eliminate late fees. The tax hike was winning with a nearly three-quarters majority. In a tense and divisive election, Durkan pointed to the levy as a point of unity. “For me it’s very uplifting that there’s still core values that the majority of Seattle agrees on,” she said. 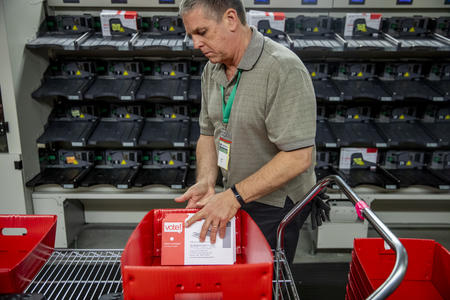 The first few days of ballot-counting from the Aug. 6 primary election have brought clarity to some crowded races.

by / August 6 /
Article continues below

The first few days of ballot-counting from the Aug. 6 primary election have brought clarity to some crowded races.