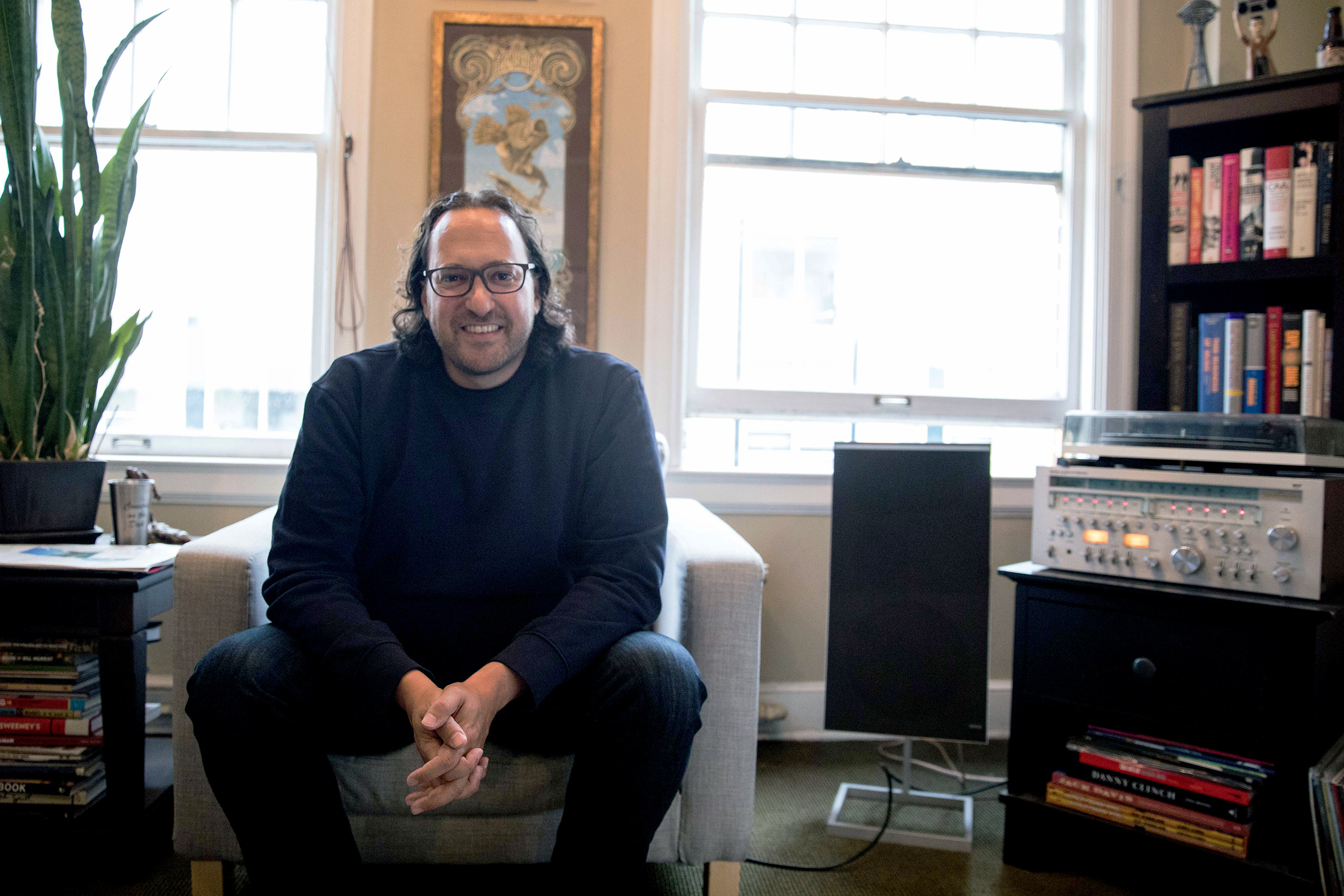 On a warm day late this spring, Adam Zacks was sitting behind his desk in an office above the Paramount Theatre, but his imagination was off in the groove of a music and arts festival called “Thing ” — which doesn’t actually become a real thing until next week.

But months before the start of the two-day festival at historic Fort Worden in Port Townsend, Zacks was worrying about the kind of things that music promoters worry about: weather forecasts, transportation, housing and even what the backstage dressing room signs will look like.

“This is sort of a conceptual thing,” Zacks says of the first inaugural Thing, Aug. 24-25. “We are planning to make as many things as we can ‘analog.’ We can’t go back in time, but we’re trying to do things like eliminate tacky vinyl signs. We’ve hired a painter to hand-paint everything on wood. We hope that adds up to an environment that is uncommon.”

Thing is also not just about music. There’s a literary stage, dance and film events. If you want a local template, imagine the early Bumbershoots, where literary and art events were on equal billing with music. The name came after Zacks heard a speaker at his daughter’s graduation talk about the early European concept of “Ting,” the root word for “thing,” which is a gathering of the tribes to resolve feuds.

“That spoke to me as a way to address the general upheaval and the daily dread in the world,” he says. What Zacks is attempting to do is remake the very idea of what a music festival is.

Local music fans got it immediately. The Thing Festival is sold out, except for two-day tickets.

Ticket sales are one thing, but Zacks also cares that Thing works onstage. He’s already had an uncommonly successful career as a promoter, with Seattle Theatre Group and with Sasquatch!, a festival he founded and ran for 17 years at the Gorge, where it drew thousands each Memorial Day.

Sasquatch! ended in June of last year, when Zacks announced it wouldn’t return for 2019. This mirrored a music industry trend: Over the past few decades, there have been so many music festivals that some have started to fold. The Fyre Festival, a disaster that inspired two different documentary films, is often cited as the indication that things went too far.

In the Northwest, Portland’s MusicFestNW, B.C.’s Pemberton and Seattle’s Upstream all ended. Meanwhile, a bevy of new smaller music festivals — called “boutique” festivals in the industry — have sprung up.

Pollstar, the concert trade paper, ran an article earlier this year that confirmed this trend. “We are seeing more and more festivals enter the landscape each year,” said CAA agent Lindsey Myers, “and at the same time, more and more festivals go away.” The “boutique and artist-curated festivals” have “seen the largest amount of success,” according to Myers. This is what Zacks is shooting for.

With Sasquatch!, Zacks had a reputation for booking up-and-coming stars and local bands on his mainstage early in the day — decisions that he felt were as important as the headliners each night. “Adam really is a curator, and not just a booker,” observes Barbara Mitchell, a Seattle music publicist.

To Zacks, the comparatively smaller size of Thing is an appeal. “It’s a great luxury booking an event that holds 5,000 people a day,” he says, “as opposed to 30,000. You can make artistic decisions based on quality. The downside is you have to be more selective, and every artist choice is really important.”

Who is playing at Thing? Zacks has curated a lineup of four-dozen bands, a handful of literary acts (Lindy West), a dozen comedians (Todd Barry), a variety of actors (Natasha Lyonne, John C. Reilly), a movement class (Kate Wallich), a live reading of the film An Officer and a Gentleman (which was filmed in Port Townsend), a variety of art installations and a bunch of other events that don’t look like the typical music fest fare.

The bands at the top of the poster include Violent Femmes, Jeff Tweedy and Kurt Vile. Not a single one has had a Top 40 single. Thing’s poster — hand-lettered — may offer a key to understanding why this festival is different: the font sizes for the names are roughly the same. “Napoleon Dynamite Live,” a reunion of the actors in the movie, is the same size as alternative rock band “Parquet Courts.” Zacks says he was inspired in part by an old Bumbershoot poster “where it wasn’t clear who the headliner was.”

In doing this, Thing goes completely against the style of huge festivals like Coachella, where the font size and formulaic bookings have become so predictable there are multiple websites of “parody” poster memes. (Example: “That one band from that commercial.”)

Zacks is instead “zigging while others zag,” as KEXP said of Thing in April. He says his inspiration was Fort Worden itself, particularly the old military bunkers, which looked sonically interesting to him. (Thing takes place, for the most part, above ground.) He liked the site enough that he organized a trial Modest Mouse show last summer.

Thing, as a concept, is also a reaction to the things that Zacks didn’t enjoy about Sasquatch!, as the music industry evolved, and so did talent, with certain acts demanding to control details like font sizes.

“Ten minutes before we were to announce our lineup, an act said, ‘If you don’t increase the size of the font and change the color, we’ll cancel,’” he recalls. “[And] he ended up canceling later anyway!”

With Thing, font sizes are mostly egalitarian. Zacks has attempted to “future proof” his lineup by not focusing on bands that might be hot when booked, but whose careers have faded by the time they get to the stage. In that way, and with the inclusion of a variety of artistic genres, Thing mirrors some of the initial plans for Woodstock in 1969, which was billed in an early flyer as an “Aquarian Exposition,” where crowds would “love roaming around our bazaar.” That was also the original Bumbershoot concept, the idea of a vaudeville show.

Chris Porter booked Bumbershoot for years, and now helms the Hardly Strictly Bluegrass Festival in San Francisco. He likes what Zacks has sketched out with Thing, and he knows the challenges, including weather. “Now festivals in the West don’t just have to be concerned with rain,” he says. “They have to be more concerned with wildfires and the smoke from them.”

The weather is beyond Zacks’ crystal ball but if he can’t control that, he can at least fine-tune his lineup, which is what he was still doing in the spring as he discussed Thing.

His biggest worry the day we spoke was how long it will take to do the live read of the An Officer and a Gentleman script. This is not something you’ll be hearing at Coachella this year, or any year, but it’s also a key to understanding what Thing might be.

“Thing,” Zacks explains, “is about my inclination to support the underdogs.” For Adam Zacks that might mean booking an edgy alternative rock band like Orville Peck, or it might be reading the script of a 1982-era film.