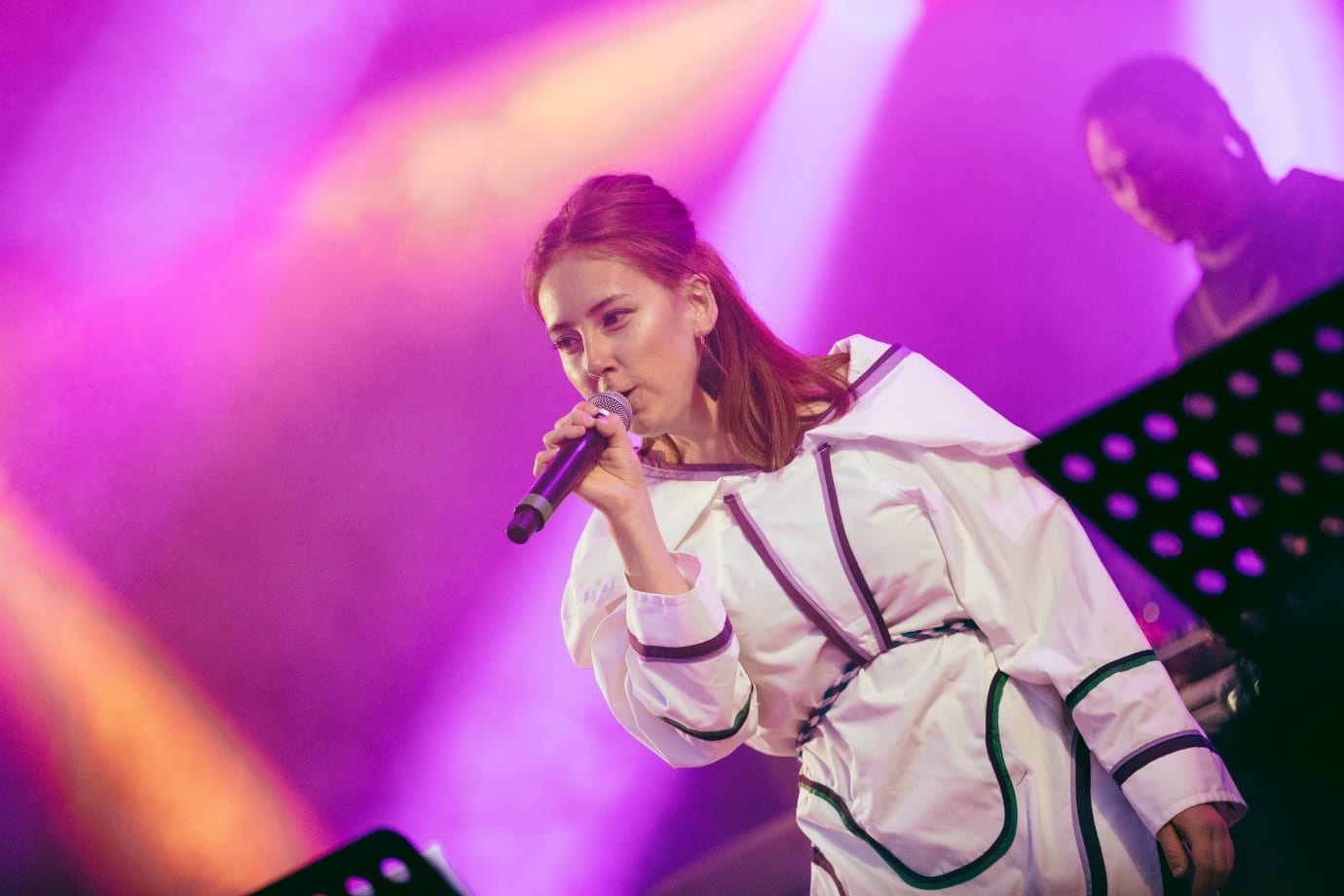 As climate change becomes ever more tangible, we’re seeing more books, more talks, more dire warnings from experts. In this installment of Penny University at Town Hall, nonexperts take the floor for a discussion of how to approach this global crisis. Participants are asked to imagine themselves as a “Climate Crisis Response Team,” suddenly put in the position of tackling a climate emergency. Guided by prompts and questions from several team leaders — including series founder and longtime Seattle arts supporter and cultural activist Anne Focke — the group will need to make quick decisions after establishing the highest priorities. What’s the best use of time, money and policy? The clock is ticking and the planet awaits your wisdom. -B.D.

Scientists alert us that global warming is melting glaciers and endangering wildlife in the Arctic region. But what about the human cultures that inhabit the area of the Arctic Ocean, and parts of Alaska, Finland, Greenland, Iceland, Canada, Norway, Russia and Sweden? Seattle’s new National Nordic Museum hosts the first annual Nordic Sól, featuring many events demonstrating the culinary, social, ecological, cinematic, musical and athletic aspects of the chilly region. The festival opens Thursday night with “PechaKucha: A Changing Arctic - Culture, Community, and Climate,” an evening of short, informative presentations on the Arctic by scholars, scientists, artists and community leaders. On Friday, you can dance to the beats of young indigenous music-makers from several nations during the “Circumpolar Hip Hop Collab.” Saturday and Sunday, those who preregister (for free) can partake in a demonstration of Inuit Games (aka Arctic Sports) from top Arctic athlete Kyle Kaayák’w Worl. And Saturday evening’s “Night at the Nordic” bash includes an artisan marketplace and a fashion show, along with mead and beer tastings and samplings of favorite regional dishes. Who could resist a nibble of hákarl, a fermented shark treat from Iceland? –M.B.

If you go: National Nordic Museum, Aug. 22-25, times and prices vary per event.

It doesn’t take much tweaking to turn Giuseppe Verdi’s 1851 opera into a reflection of the Me Too era. The plot of Rigoletto (which Verdi plucked from the provocative Victor Hugo play, Le roi s'amuse) depicts the travails of an enabler for a lascivious monarch. And it tracks, moment by moment, the ways women are alternately fetishized and crushed in the upper echelons of perverse male society. By aiding and abetting his lustful boss, the hunchbacked court jester Rigoletto enrages the fathers and husbands whose daughters and wives have been kidnapped, raped and destroyed by a king every bit as sexually ruthless as, reportedly, film mogul Harvey Weinstein or financier (and alleged sex trafficker) Jeffrey Epstein. But in the opera, what goes around, comes around. Rigoletto gets a comeuppance as ugly as his sin: the abuse of his lovely, virginal young daughter Gilda – an only child whom he has tried to protect by essentially locking her away (another kind of oppression).

The Seattle Opera delivers the riveting tale, saturated with menace and impending doom, and Verdi’s gorgeous music, in an unflaggingly forceful staging by Lindy Hume. The setting and costumes are modern-day, with shadowy lighting where creepiness is called for, and with girlish pink pajamas signaling Gilda’s innocence. But Hume avoids cliché updates (no one whips out a cellphone, for instance). Instead, she trusts the (regrettably) timeless power of Hugo’s story, and the brutality of the cynical masters-of-the-universe court, to convey the tragedy. In the second of the two casts, baritone Giuseppe Altomare brings a morally complex dimension to the title role, and as Gilda, Soraya Mafi is luminous and poignant. Both are superb singers, as are the other principals. And word on the alternating cast? They’re just as good. –M.B.

Despite its dominance in the Seattle glass-art sphere — thanks to legions of Chihuly devotees — blown glass isn’t the only glass game in town. Kiln glass (aka glass fusing) is a technique that involves layering panels, chunks, thin strips and ground-up bits of colored glass on top of each other, then putting the whole puzzle in a kiln and heating it until all parts fuse and form into one piece. Like a layered cake, individual elements are still visible, but the unexpected textures can result in pieces looking more like plastic, felt, wax or bone than glass. In the new exhibit Emerge/Evolve, Bellevue Arts Museum showcases some of the best new kiln glass from around the world. The 32 works on display include those by 10 award winners from the 2018 Emerge/Evolve kiln-glass competition held biennially by Bullseye Glass Co. in Portland, OR. The surprising array might just change the way you see glass. -B.D.

48 years after Bumbershoot’s debut as the “Mayor’s Arts Festival” on the Seattle Center campus, a new Northwest music, arts and literary (plus one magician) festival debuts in Port Townsend this weekend. Called simply, Thing, the festival is the brainchild of Sasquatch! founder Adam Zacks, who in an interview with Crosscut contributor Charles Cross says this boutique festival “is about my inclination to support the underdogs.” (Read the full interview here.) The lineup — curated with an eye toward an intriguing mix, rather than red-hot trends — includes old-school faves such as Violent Femmes and DeLaSoul, plus local up-and-comers like Seattle-based siblings The Black Tones and Swinomish Reservation-raised Black Belt Eagle Scout. And if you’re out there among the bunkers, don’t miss the live reading of An Officer and a Gentleman, the 1982 movie filmed in Port Townsend. Richard Gere and Debra Winger not included. -B.D.

The Head and the Heart at Pike Place Market

It might not have the wow factor of the Beatles playing live atop the Apple Corps HQ in 1969, or even Mudhoney playing live atop the Space Needle in 2013. Nonetheless! It’s definitely going to be a good time when Seattle-born band The Head and the Heart plays a “homecoming” show from the roof of the Pike Place Market this weekend. The indie-folk band got its start at Conor Byrne Pub in Ballard, and skyrocketed to wider fame with several infectious, tambourine-shaking hits, including “Rivers and Roads.” Sure, the band has a new album out (Living Mirage), but here’s hoping their promoter has given them this sage advice: When you’re rocking out on top of a historic landmark, you’d do best to “just play the hits!” -B.D.

Intiman Theatre closes its summer season with this award-winning 2007 play by Eisa Davis. Set in 1955, the story is about a Black, 18-year-old foundling named Bulrusher with mystical powers, who lives in the predominately white Northern California town of Boonville. Through her revelatory relationship with Vera, a newcomer her age from Alabama, Bulrusher learns about the burgeoning civil rights movement, life outside of her burg and about what it is to love and be loved romantically. Valerie Curtis Newton, who has so ably brought us the Seattle premieres of many plays by Black female writers, directs the Pulitzer Prize finalist script with a cast featuring Ayo Tushinde, Charles Leggett and Allyson Lee Brown. –M.B.

If you go: Intiman Theatre at the Jones Playhouse on the UW campus, through Sept. 14. Advance tickets $15-$50; free walk-up tickets available one hour before curtain. 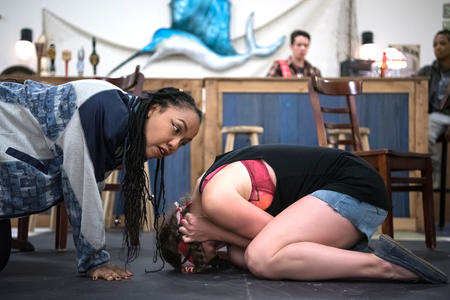