Climate change got you down? There's a word for what you're feeling

I lived through Hurricane Katrina and mourn what was lost. Now, in a land vulnerable to wildfires, I fear for my new home in the Pacific Northwest. 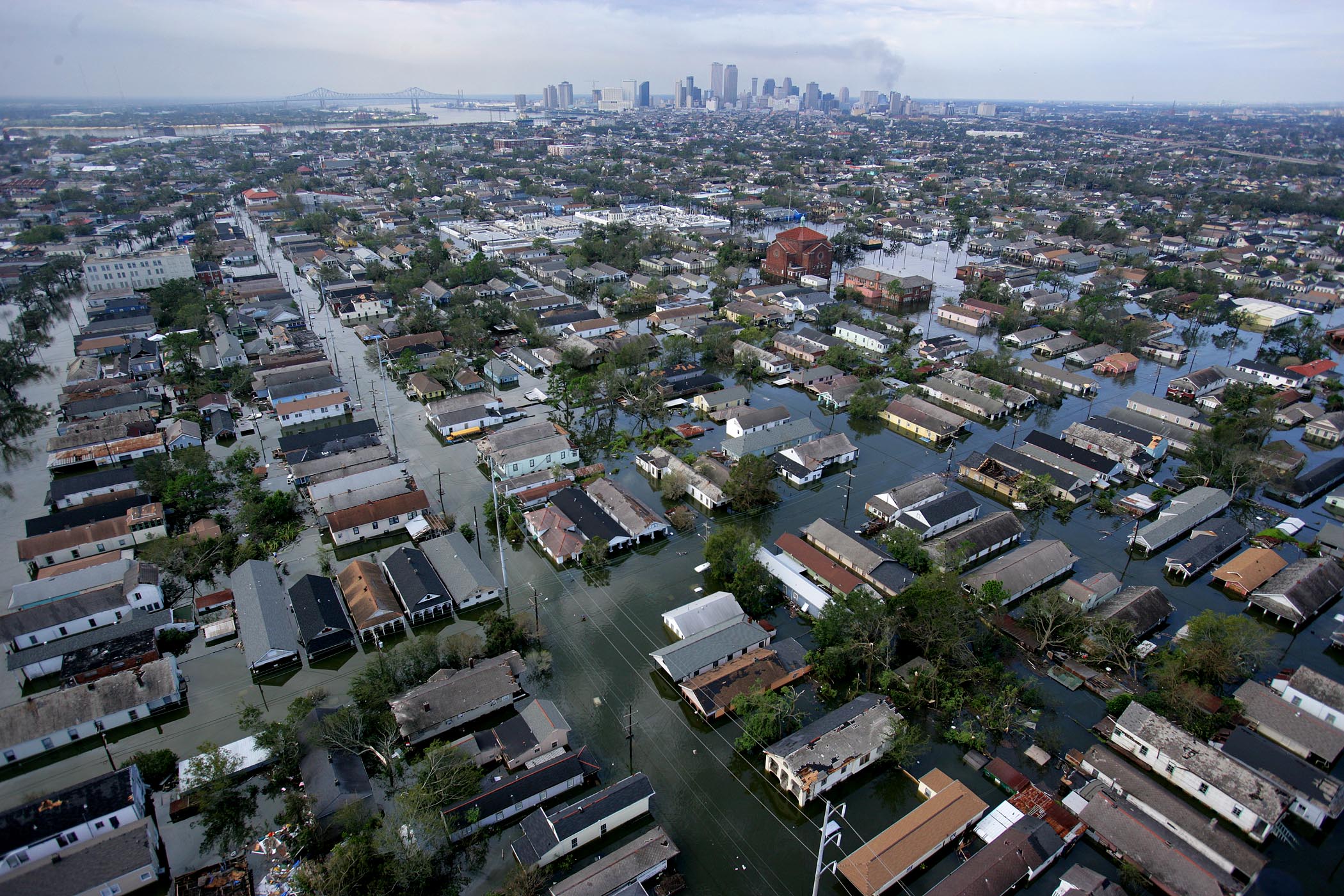 For the past 14 years, the end of summer has arrived like a burden, heavy with the anniversary of when my life, and so many others’, was split in two. Anyone affected by Hurricane Katrina is party to dual lives: One before the waves crashed in and left mud and mildew in their wake, before homes were marked with X’s by rescue crews, before our neighbors fled — and one after.

I could never really capture this feeling with words. It was a complicated mix of sadness, fear, misery, despair. But none of those words quite cut to the core of the sensation.

When I discovered the term for environmental anguish, in a National Geographic write-up, it felt like a diagnosis. I read the definition over and over again. “Solastalgia, a form of mental or existential distress caused by environmental change.” The word itself also reflects the duality of the feeling. Solastalgia is a combination of Latin’s solacium, meaning comfort, and algia, a Greek root for pain. The pain of losing the comforts of home.

New Orleans today stands strong. But I am homesick for a place that exists only in memory, a place before. Now, in my mind, there are two worlds existing at once. The things that stood before Katrina and the things that remained after. The things that were lost forever and the things we fought to keep. When the wind stopped and the water receded, we went to work. We sifted through what was left, determining what could be salvaged. We weren’t just repairing our homes. We had to rebuild our stores, our schools, our hospitals. There was no “back to normal.” A new normal had to be forged. And we continue to fight to preserve what we hold dear in what feels like a losing battle against coastal erosion — something that is also encroaching on the shores of the Pacific Northwest.

I have developed a deep love for my new home in Seattle, where I’ve lived the past four years. Late last summer, when I awoke to red skies, thick layers of ash on cars and a burning smell hanging in the air, I couldn’t help but fear what could come next. Because I have seen what can come next. I’ve lived through summer in Louisiana, Hurricane Season. Now, it feels like this time has been reclaimed in my new home as Wildfire Season. Just as Louisianans wait for tropical forecasts, Washingtonians have been waiting for wildfire news, wondering if this year will be better than the last.

This summer has been comparatively cool and wet, but that doesn't mean we're safe yet. It can be hard to forecast future storm and fire seasons. But after seeing the devastation of a natural disaster, you can’t rule out the possibility of the unpredictable. The fires will likely be back. They may disrupt our daily lives again, as they did last summer. The nature we revere in the Pacific Northwest could be altered; our favorite natural wonders, vistas and trails could easily become separated into pre- and post-fire existences. If not solastalgia in the immediate sense, it's a looming solastalgia, an encroaching solastalgia.

Many factors contributed to the destruction following Hurricane Katrina — from a lack of federal support to man-made miscalculations. But scientists are still examining how climate change played into the natural disaster. There’s no straightforward answer, but factors like sea level rise and warming Gulf waters, which affects the scale of hurricanes, have clear connections to global climate change.

As our climate situation becomes increasingly dire, the country is beginning to experience emergencies that grow to more catastrophic levels with each passing season. There are unprecedented winter storms, floods, heat waves and, of course, wildfires.

No one is exempt from nature. We can no longer outrun or avoid climate change based on geography. Instead, I fear for two cities, both sitting on the cusp of climate-related disasters. Gulf waves crash closer and closer to New Orleans, leaving a receding shoreline in their wake, and wildfire smoke gets thicker in Seattle as blazes burn throughout my new home state.

Solastalgia. There is finally a word. Something to describe an indescribable feeling. While there is a feeling of camaraderie and acceptance in finding a description to share with others who have felt the pain of losing their environment, the reason for the word’s emergence in our vocabulary is also a warning.