'I'll always be Lightning Bill': A lookout reflects on 29 seasons of smoke and fire

When Bill Austin started as a fire lookout, he was one of three watching over the Methow Valley. Today he's the last one. 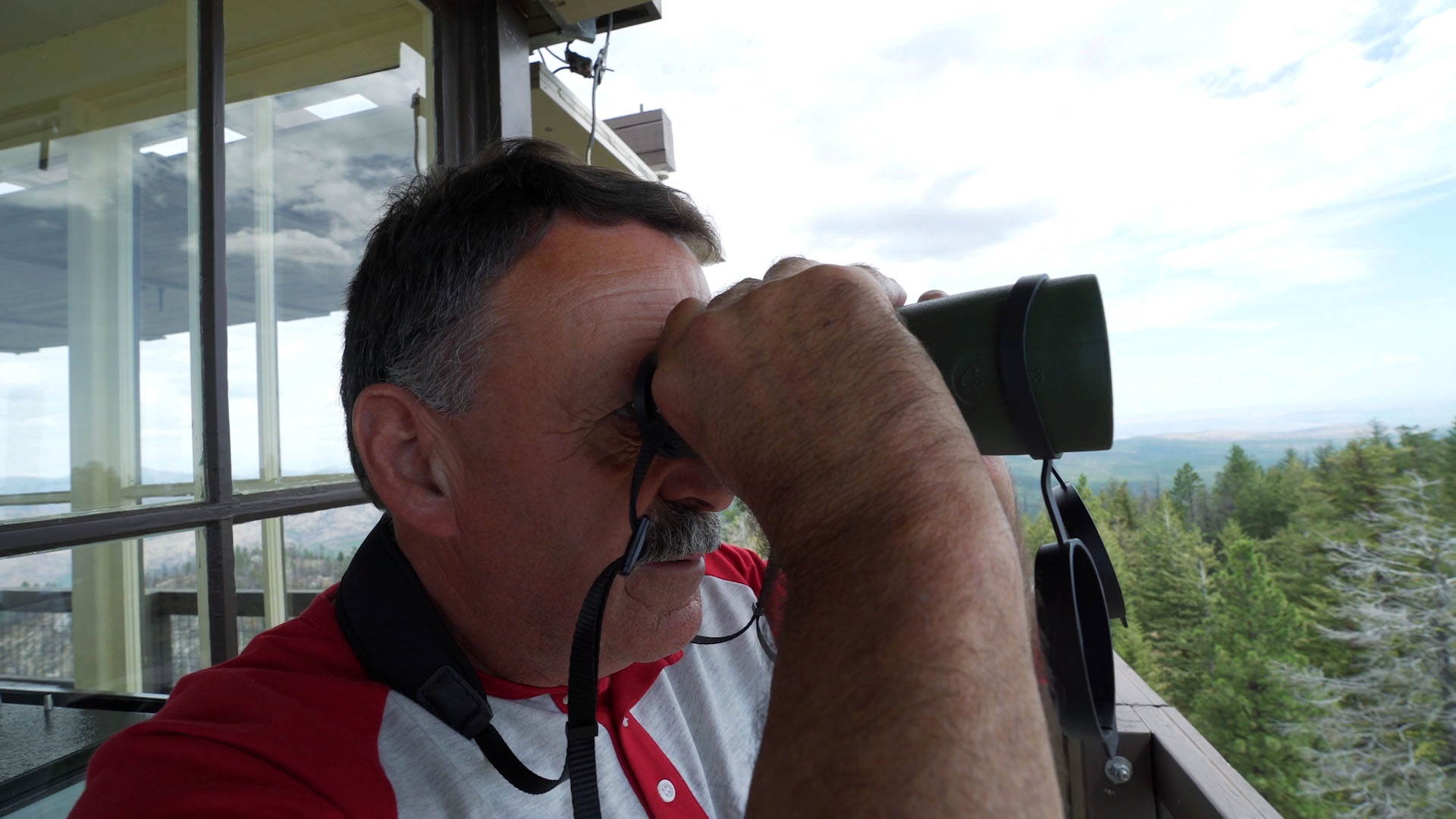 Fire lookout Bill Austin looks for smoke through his binoculars from his tower on Leecher Mountain. Austin wakes just before sunrise and checks the surrounding valley every 15 minutes for smoke. If he sees fire, he uses his Osborne Firefinder to determine its location before reporting it to Wenatchee over the radio. (Photo by Beatriz Costa Lima/Crosscut)

Bill Austin never thought he'd be the last fire lookout in the Methow Valley. For 29 seasons, Austin has scanned the surrounding mountaintops for fires — most recently atop 5,008-foot Leecher Mountain, outside of Twisp.

When he first started, there were two other fire lookouts who scanned the Methow Valley. But over the years the Okanogan-Wenatchee National Forest and Washington as a whole have seen a reduction in staffing of lookout towers. Today, the Okanogan-Wenatchee has only four staffed towers, with four others empty but ready if a fire breaks out.

Austin is known throughout the Methow and beyond as "Lightning Bill," a nickname he earned because he's thrilled by the lightning strikes that sometimes hit the towers he staffs. After spending 20 years atop Goat Peak, he earned a following of visitors who tackle the popular hike. Although he was moved to the Leecher Lookout roughly 45 miles away, fans still make the journey to pay him a visit. Though his job comes with long stretches of solitude, Austin says he's never bored: He never tires of learning more about the land around him. When he's not looking for fires, he spends his time entertaining his visitors, painting and playing the ukulele.

Although he misses Goat Peak, Austin's lookout career has come full circle: Leecher Lookout was the very first tower he visited with his father at age 6. On that trip, he decided he wanted to be a forest fire lookout — a job he says he hopes to continue for many more years.