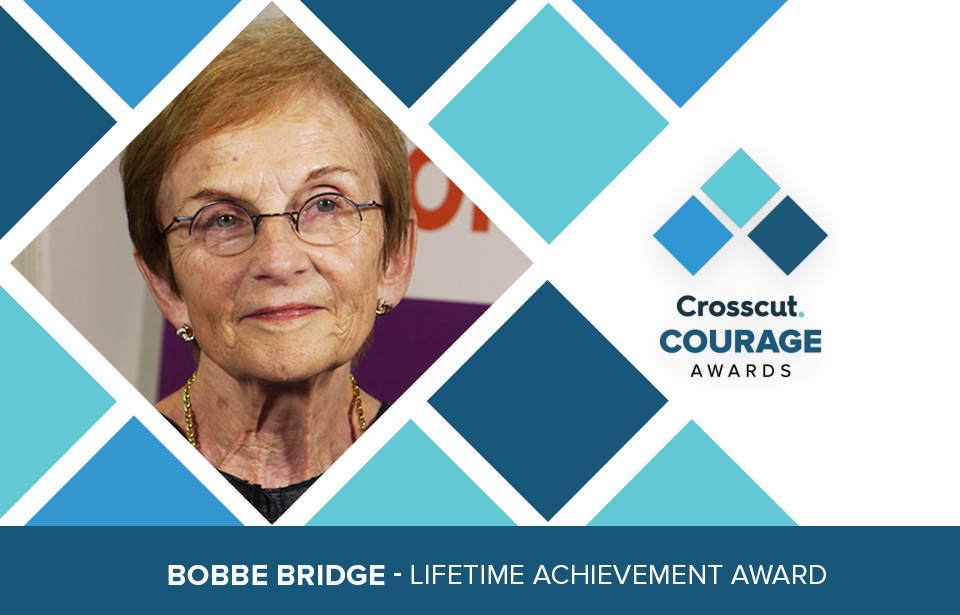 Retired Washington state Supreme Court Justice Bobbe Bridge was in graduate school studying political science in the late 1960s when she began to understand just how unfairly teens were treated in the juvenile justice system. Those under 18 had few rights and no formal representation. Most were presumed guilty even before their cases were heard, sending them through a revolving door of incarceration, the mental health system, and homelessness. Children of color fared even worse.

“I got a real sense of the haves and the have-nots,” Bridge said. “Kids were at the bottom of the chutes. They were treated like pieces of property.”

This sense of injustice followed Bridge through law school at the University of Washington, during 14 years as an attorney at a law firm, and into the third branch of government where she served for 10 years as a King County Superior Court judge and eight more as a state Supreme Court justice. Through the decades, she was heartened by reforms made to the juvenile justice and child welfare systems meant to guarantee young defendants were treated fairly in court. She championed efforts to bring young people to the policy-making table. She appreciated new laws that allowed people convicted as juveniles to have their records expunged, freeing them to apply for college loans and secure housing.

But Bridge was still bothered by what wasn’t happening in the juvenile justice or the child welfare systems.

“Neither system was working to advance the majority of kids into successful adulthood,” Bridge said. “They weren’t focusing on what really works.”

So she decided to do something about it.

Bridge will be honored for her years of youth advocacy with Crosscut’s 2019 David Brewster Lifetime Achievement Awards. Seats and tables for the Courage Awards breakfast can be purchased here.

‘We developed this by talking to kids’

Eying retirement in 2005, Bobbe Bridge had a lot to look back on. She was midway through her second term as a justice on the Supreme Court. While she loved the work, she was looking for other ways to contribute. Around the same time, the MacArthur Foundation was selecting a number of sites for their Models for Change program — including one in Washington State. 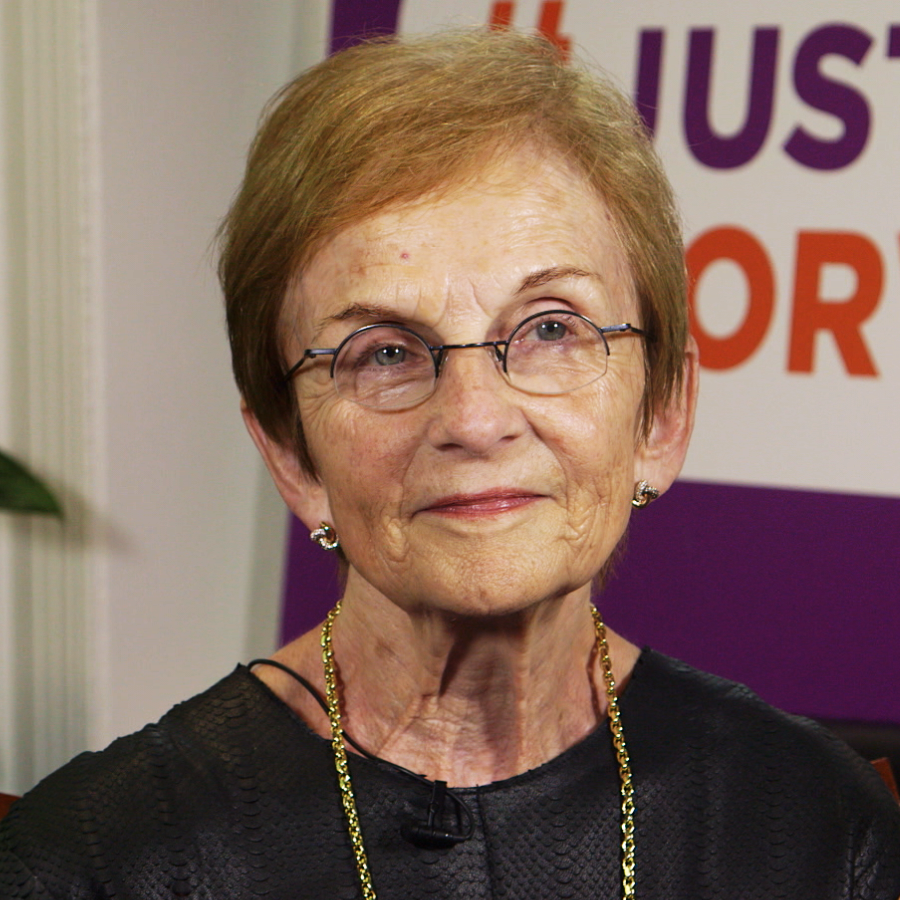 The foundation was offering $10 million, five-year grants to agencies willing to examine ways to improve the juvenile justice system. The timing was serendipitous. Bridge put together a team, formed the Center for Children and Youth Justice (CCJY), and got the grant. She resigned her judgeship shortly after to develop the nonprofit.

The goal of CCJY is to keep criminally involved children out of Washington’s juvenile justice system through reform of the juvenile justice and child welfare systems, Bridge said. What sets the center apart from other agencies doing similar work is its focus on solid research and data-driven practices.

“People are doing really good work,” she said, “but they just don’t have the time to look at that macro data and diagnose a successful case.”

An example of one of CCYJ’s proven programs is a guide created for professionals, volunteers and caregivers who work with LGBTQ youth in the state’s care. CCYJ’s Protocol for Safe and Affirming Care seeks to ensure LGBTQ youth are served fairly and respectfully. A lack of understanding can have dire consequences, Bridge said; if a LGBTQ-identifying youth is placed with a foster care family with conflicting religious values, for example, the child is at high risk for running away.

The guide, which is now being piloted by 10 agencies around the state, was created after conversations with people involved in all aspects of the system — including youths affected by the new protocol. It is the result of surveys, data analysis and, above all, listening.

“We developed this by talking to kids,” Bridge said. “They told us what worked and what didn’t.”

Making change by changing the minds of a program’s creators, executors and users is never easy, but many of Bridge’s boosters say her ability to gain consensus is exactly what elevates her above other advocates.

“It’s hard getting everyone in a room together and aiming towards the same goal,” said Hathaway Burden, an associate with the Seattle law firm Garvey Schubert Barer who was mentored by Bridge while in college and eventually came to work for her at CCYJ.

“To have concrete action plans and a vision shared across departments and systems that all work very differently is a real challenge,” Burden said. “She’s the only person who can do that.”

Bridge was instrumental in introducing an early intervention program in King County that focuses on improving the lives of very young children, between infancy and 5, who were entering foster care. The program, called Supporting Early Connections, used a team approach that included education and representation for parents, and regular reporting by the child’s guardian with a focus on meeting developmental milestones. The court stood at the center holding everyone accountable.

Like all of CCYJ’s programs, scientific research guided it. It incorporated studies of the effects of trauma on the infant brain, which helped inform the type of psychotherapy provided to the children and their parents. The program was a big success, with substantial improvement of the mental health of participating children and huge gains in reunification rates.

CCYJ modeled the program on a Miami-Dade County effort, but took it a step farther by adding a parent support person to the team. The result of this additional counselor, according to a 2011 report, was a nearly 90 percent completion rate of the 10-month program by parents, compared to 50 percent in the Florida program.

Burden credits the program’s success to Bridge’s ability to bring parents, guardians, and state child welfare agents to the table to affect change, something that’s not always easy when dealing with public agencies already doing a lot with very little.

“Justice Bridge’s ability to get buy-in is so important,” said Burden. “Otherwise these programs are hard to get off the ground.”

Praise across the board

Accolades for Bridge are not hard to come by. State Supreme Court justice — and fellow Courage Award winner — Mary Yu worked alongside Bridge when both were judges with King County. She praises Bridge for her devotion to youth, her willingness to put in the hard work on the bench, and her positive approach to her work at CCYJ.

“A lot of people would say, ‘No, not right now, we don’t have the data,’” Yu said. “Bobbe starts with ‘yes’ and then finds a way to support that.”

Bridge and state Supreme Court Chief Justice Mary Fairhurst have been friends for years, and both worked closely on the court before Bridge’s retirement. Fairhurst has admired Bridge’s smarts and dedication to her job, both during her time on the Supreme Court and as head of the CCYJ.

“You only have to meet her to know she’s a dynamo,” Fairhurst said, remembering how Bridge would delve into discussions when the court conferenced after cases. “She always meticulously prepared her notes before arguments. She’s a person who is very effective, and also funny and quick-witted.

“You want to have colleagues who are well-prepared, engaged and interested. Bobbe was all that and more.”

Retired, but not slowing down

Bridge officially retired as the founding president and CEO of CCYJ in January, but her plate is still full. She serves on community and public agency boards, including YouthCare, the UW School of Law’s Washington Leadership Institute, the King County Children and Youth Advisory Board and the YWCA Seattle King Snohomish. She’s also on the advisory board for Seattle Girls’ School, the Women’s Funding Alliance and UW’s Evans School of Public Policy and Governance, and chairs the advisory board for the university’s honors program. She is a member of the oversight board for the Department of Children, Youth and Families, and sits on the National Advisory Committee on the Sex Trafficking of Children and Youth in the United States.

Burden, for one, worries that Crosscut’s “Lifetime” Achievement Award might give Bridge the wrong idea.

“I hope she doesn’t take that as a sign that she’s done!”