Near and far, Tacoma's natural gas plant is bad for human health

The climate will not be the only injured party if the LNG project is completed. 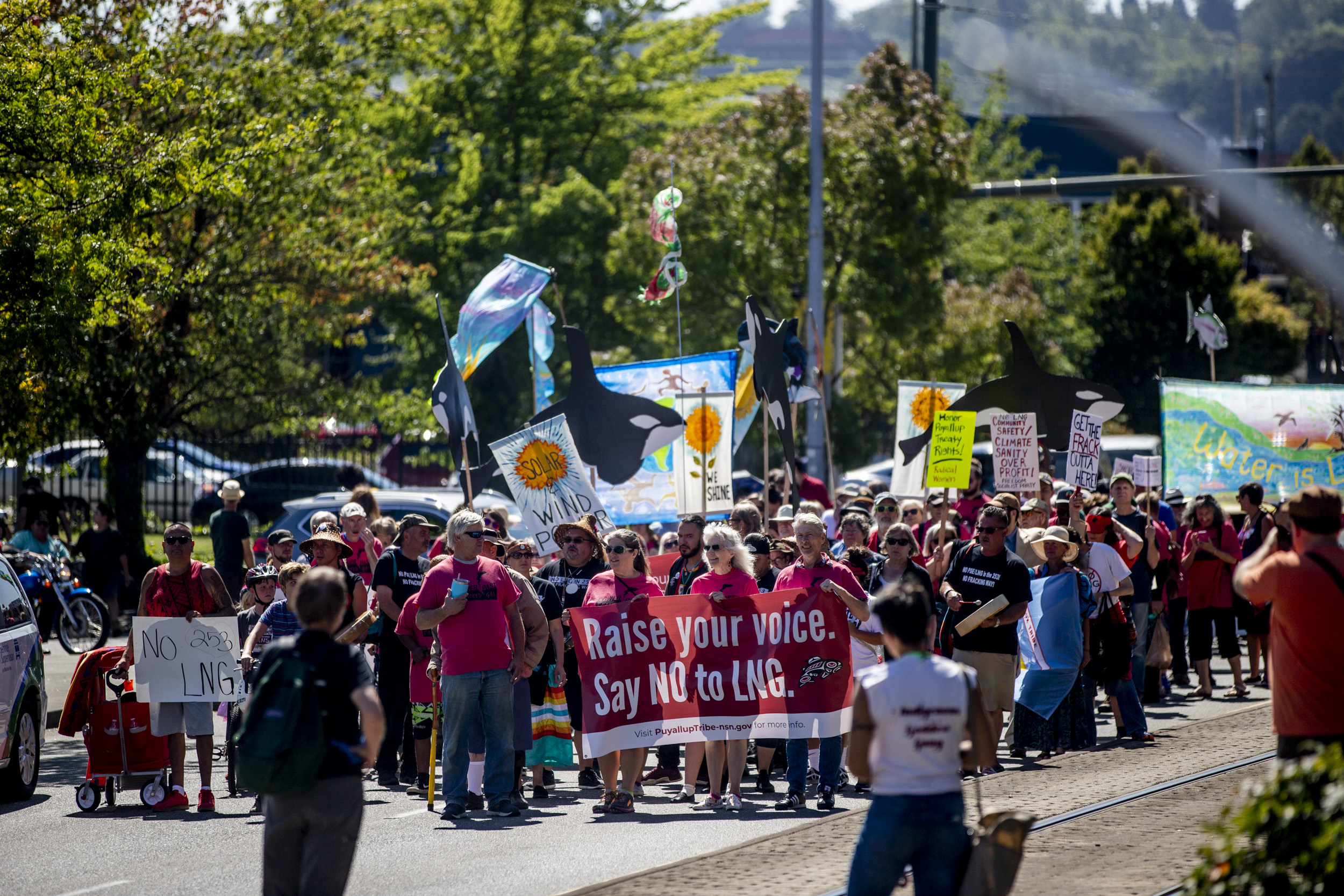 In the summer of 2017, Brian Derfler, a third-generation farmer from Farmington in northeastern British Columbia, couldn’t sleep. In an interview, he spoke of his experiences with fracking near his farm, including deafening midnight flaring and constant drilling noise, poor air quality, intrusive truck traffic and stress over crop losses from soil degradation. He was also keenly aware of the broader implications of expanding the liquefied natural gas (LNG) industry: “What they’re doing here is affecting our health directly, but it’s going to affect your climate,” he said.

Despite research indicating that fugitive methane emissions from fracking are a leading contributor to the climate crisis, Puget Sound Energy (PSE) continues to promote LNG as a cleaner “bridge fuel” and is advancing its plans for an LNG plant on the Tacoma Tideflats. Environmental reviews note that the gas would be sourced from western Canada, where over 85% of LNG is produced by fracking. Yet, as Derfler’s story suggests, this project is not just bad for our climate; it will result in serious health and safety risks to communities across the West Coast.

As health care professionals in British Columbia and Tacoma, two areas inextricably linked by this proposal, we are deeply concerned about its implications for human health.

Research on the health impacts of fracking, mostly done in the past decade, is highly concerning. A recent review of nearly 700 studies revealed associations with worse air pollution in 87%, water contamination in 69%, and other public health hazards in 84%. On the ground in Dawson Creek, B.C., family physician Dr. Ulrike Meyer witnessed an unusually elevated incidence of glioblastoma, a deadly brain cancer, and unexplained neurological symptoms in patients who lived near fracking wells.

Though fracking itself is banned in Washington state, the infrastructure required by the Tacoma LNG project will create significant safety hazards, including the threat of explosions and fires. A 2014 Washington state explosion at an LNG project in Plymouth, Benton County, forced hundreds to evacuate and injured first responders. Recently, uncovered safety studies by the city of Tacoma predicted potential impacts up to 12.6 miles beyond the facility should an accident occur. Furthermore, the Northwest Detention Center on the Tacoma Tideflats, where over a thousand migrants are detained, has no evacuation plan.

Despite opposition from the Puyallup Tribe and Gov. Jay Inslee, the Puget Sound Clean Air Agency, a public health agency whose mission is to protect the Puget Sound region from air pollution and climate change, issued preliminary approval in July for the last permit required for this project. Yet the agency’s analysis used inaccurate science to account for the impacts of methane, and relied upon inadequate safety and environmental studies. These flaws have been repeatedly addressed by the Puyallup Tribal Council and over 80 organizations who oppose the project.

In B.C., Hereditary Chief Smogelgem of the Fireweed Clan of the Wet’suwet’en Nation similarly decried the effects of disruptive LNG pipeline development through his traditional territories, saying, “The liquefied fracked gas industry has been a menacing threat to our people since it was first being considered more than 15 years ago.”

Health professionals across our region likewise oppose this project. In June, Oregon and Washington Physicians for Social Responsibility released a research report detailing the specific risks to health and safety posed by the Tacoma LNG plant and other major fracked gas infrastructure projects proposed in the Pacific Northwest. The Canadian Association of Physicians for the Environment is also poised to release a policy paper on fracking and its potential health consequences this fall.

Meanwhile, an independent review commissioned by the B.C. government in February pointed out the glaring lack of monitoring and study of fracking’s health risks within the province, including increased seismic activity and groundwater contamination. Of note, the toxicologist who presented to the panel stated that we are “profoundly ignorant about what is going on.”

The local risks to human health by the proposed Tacoma LNG facility, and the potential cumulative effects on climate change from expansion of its infrastructure on the West Coast and beyond, are far too great for it to proceed. We must heed the advice of  health organizations that are calling for a transition away from fossil fuels — including natural gas — to renewable energy. We urge Puget Sound Clean Air Agency to uphold its mission to protect public health and the environment and put a stop to this project. 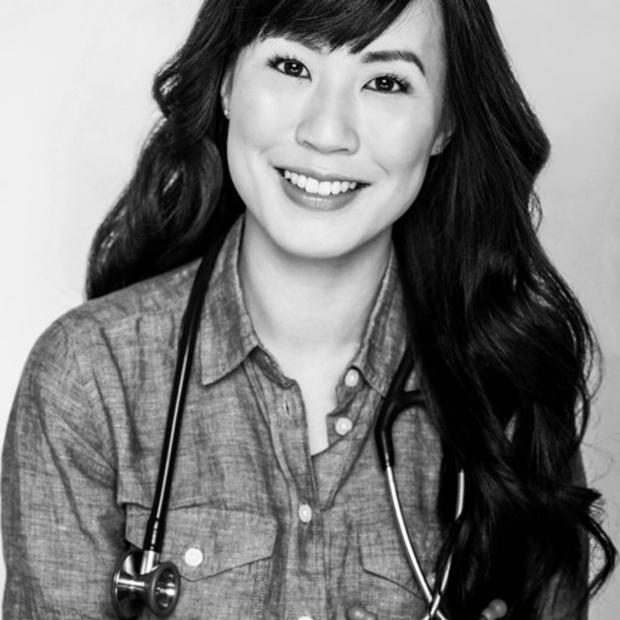 Dr. Melissa Lem is a family physician in Vancouver, BC and a board member of the Canadian Association of Physicians for the Environment. 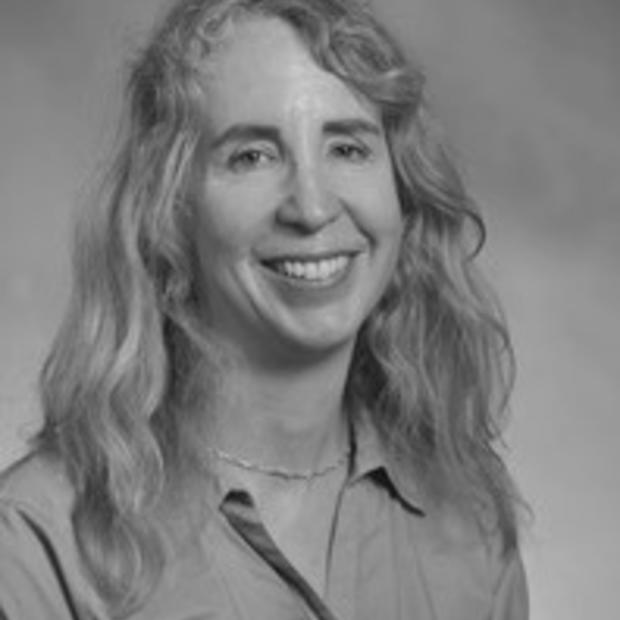 Maia Syfers is a nurse practitioner and member of the Vashon Climate Action Group and Washington Physicians for Social Responsibility.