Bellingham Public Schools and the case for fostering citizenship, not individualism

Noncitizens and citizens alike deserve a civic education. Our democracy depends on it. 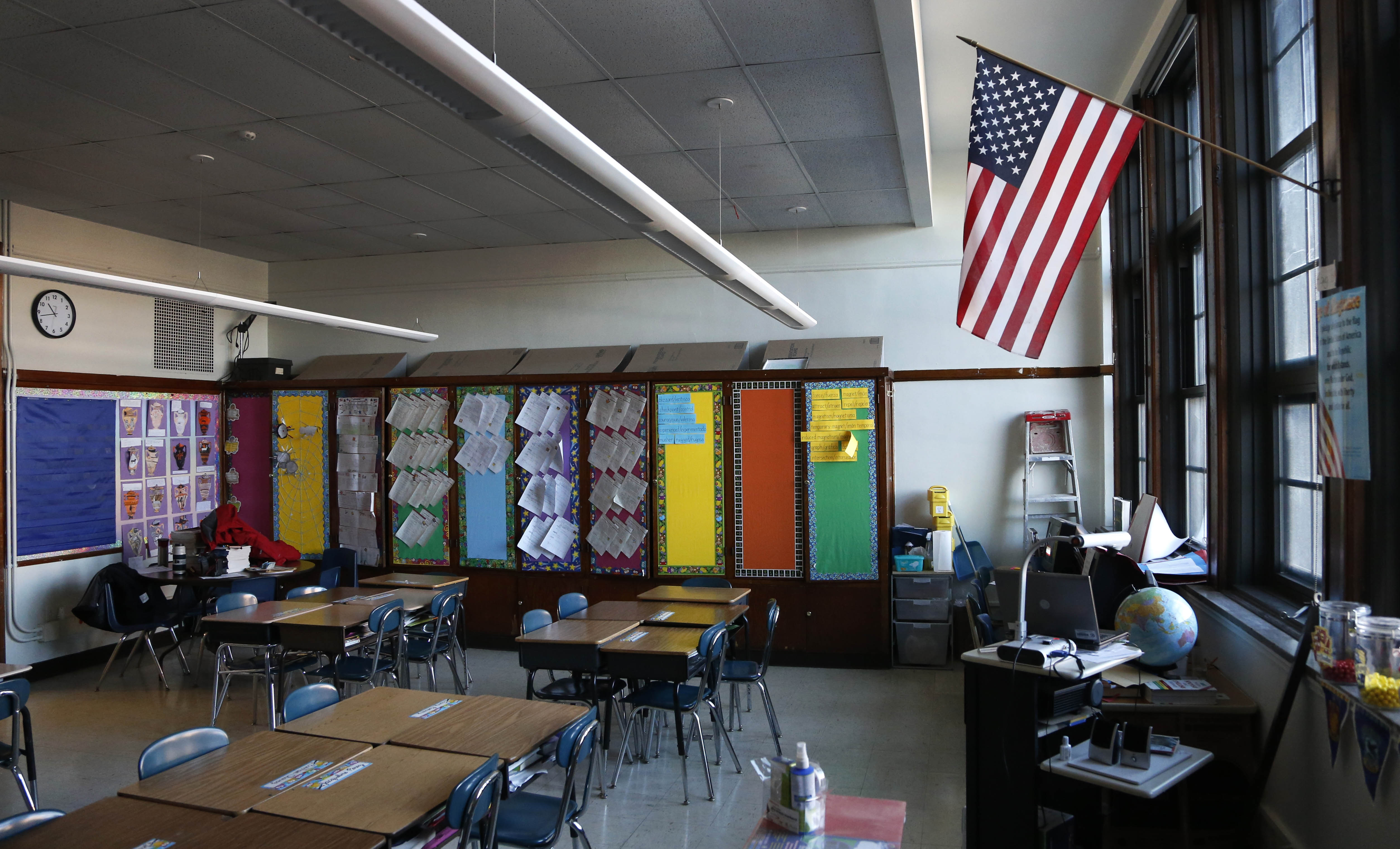 Unlike a monarchy or an empire, in the United States, the people are sovereign, and they must be prepared to exercise their sovereignty with wisdom and care, writes Johann Neem. (Charles Rex Arbogast/AP)

The Bellingham Public Schools system recently amended its guiding document, the Bellingham Promise, by removing the word “citizen” and replacing it with “individual.” No longer do the public schools aspire to foster “honest and ethical citizens who act with integrity” because, in the words of Superintendent Greg Baker, “We heard concerns from our community that the word ‘citizens’ could be misinterpreted, and that some may think we are excluding students and members of our community who are not U.S. citizens.” From my perspective, however, removing the word “citizen” is an abdication of the public school system’s responsibility to the people of Washington and the United States: to prepare young people to be part of our democracy.

I say this as an advocate of public schools. In my scholarship and public writings, I have argued that we must support a broad education for all young people. My 2017 book, Democracy’s Schools: The Rise of Public Education in America, explores how and why Americans agreed to tax themselves to educate other people’s children. It documents the transformation of education from a private, familial responsibility into a public good. I have argued in various public venues about the importance of public schools.

Educating citizens is not the only purpose of public schools — but it is a fundamental one. The word “citizen,” far from being erased, should be included in the first line of every public school’s mission statement. It should be the first thing young people see when they walk into school in the morning.

No other word can capture the fact that a democracy is a form of government in which the people are sovereign. The word that the Bellingham Public Schools chose, “individual,” does not convey the same meaning as “citizen.” There are individual virtues, but the very premise of civic education is to help people understand themselves as part of a polity to which they have obligations. Civic virtues provide a check on individualism. Moreover, because citizenship is fundamentally political, the phrase “community member” is little better than “individual.” Community members have many roles, of which being a citizen is one. One also can be a member of lots of communities; the word “citizen” is a reminder that, because we live in a democratic country, Americans have specific duties that come with popular sovereignty.

The importance of educating citizens justifies the collection of taxes to support, and the use of law to compel, young people to attend schools. That’s because we all have a stake in ensuring that the next generation has been prepared to be effective, ethical participants in our democracy. Unlike a monarchy or an empire, in the United States, the people are sovereign, and they must be prepared to exercise their sovereignty with wisdom and care. I need not add how important that is today. Those denied civic education have long understood its importance. African Americans in South Carolina, gathered for the Colored People’s Convention in 1865 as the Civil War drew to a close, stated the stakes plainly: “Knowledge is power, and an educated and intelligent people can neither be held in, nor reduced to slavery.”

Civic education empowers all of our students to take part in public life. Citizenship is not just about legal status, as Superintendent Baker seems to suggest. Otherwise, native-born children would not need to be prepared for their civic duties. Their birth would be sufficient. A citizen needs certain capabilities (such as the capacity to think critically, write well and use numbers), a broad knowledge of the world (achieved through a liberal education) and specific ethical commitments (such as patriotism, respect for difference and a commitment to put the common good ahead of one’s own interests). The founding generation of our country referred to these as civic virtues.

I have long admired Baker’s commitment to equality and social justice, and I still do. However, in this case, the Bellingham Public Schools’ effort to be inclusive threatens the basic mission of public education.

Because the amendment has noble intentions — to be more welcoming to noncitizens — it’s worth considering whether that case has merit. There are four categories of noncitizens in the schools. First, there are legal immigrants, who have moved to the United States and are on the road to citizenship. These are future citizens of the United States. For these immigrants (I was one, through elementary school), citizenship education is not exclusive, but inclusive and indeed a testament to America’s openness to immigrants. It is proof that we are welcoming people into the nation.

Second, there are people here who are visiting or temporary. They might be diplomats’ children, or the children of workers, or students with temporary visas to the U.S. These children are visitors and guests who are in our public schools, just as American children abroad would be when attending other countries’ schools.

The third category consists of migrants who have made asylum, refugee or other legally recognizable claims and are awaiting hearing dates or other administrative processes. They are often granted temporary permission to enter the U.S. while their cases are evaluated. If they gain permanent legal status, their children are or will become Americans, and thus are no different than other legal immigrants. Indeed, one presumes that people fleeing terrible conditions and given the opportunity to become Americans would embrace the opportunity.

Those in the fourth, and most difficult, category are non-native-born children of people in the country without legal authorization. For humane and practical reasons, American law ensures that all children are educated. Children are only children once, and to deny a child an education is unjust and cruel. These children also require a civic education. In some jurisdictions, noncitizens are allowed to vote. But citizenship is not just about voting. It involves participation in community associations (such as the PTA and other voluntary groups), attending protests and being prepared to advocate one’s cause before others. Nobody benefits when any student is denied an education that prepares them for political participation. In addition, given that many of these children belong to families that are hoping for a pathway to citizenship, they ought to have access to the same kind and quality of education as other young people in our country.

At a time when many of our leading policy makers have lost sight of the public purpose of schooling, focusing instead on producing profitable workers, it is vital that we, as citizens, assert that public schools have more important purposes. We have public schools because we recognize that, in a democracy, we have a responsibility to each other. We recognize that all young people need to be prepared to participate in public life. Young people are not just future workers, and they are not just individuals. They are citizens in a democracy. Democracies are fragile and they cannot survive if young people are not taught to think of themselves as responsible for the common welfare. Educating citizens is as important today as it has ever been. 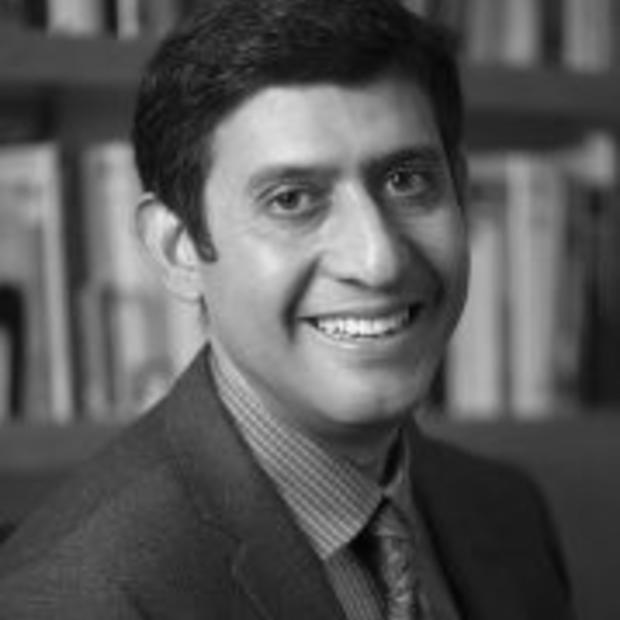 Johann Neem is a professor of history at Western Washington University.