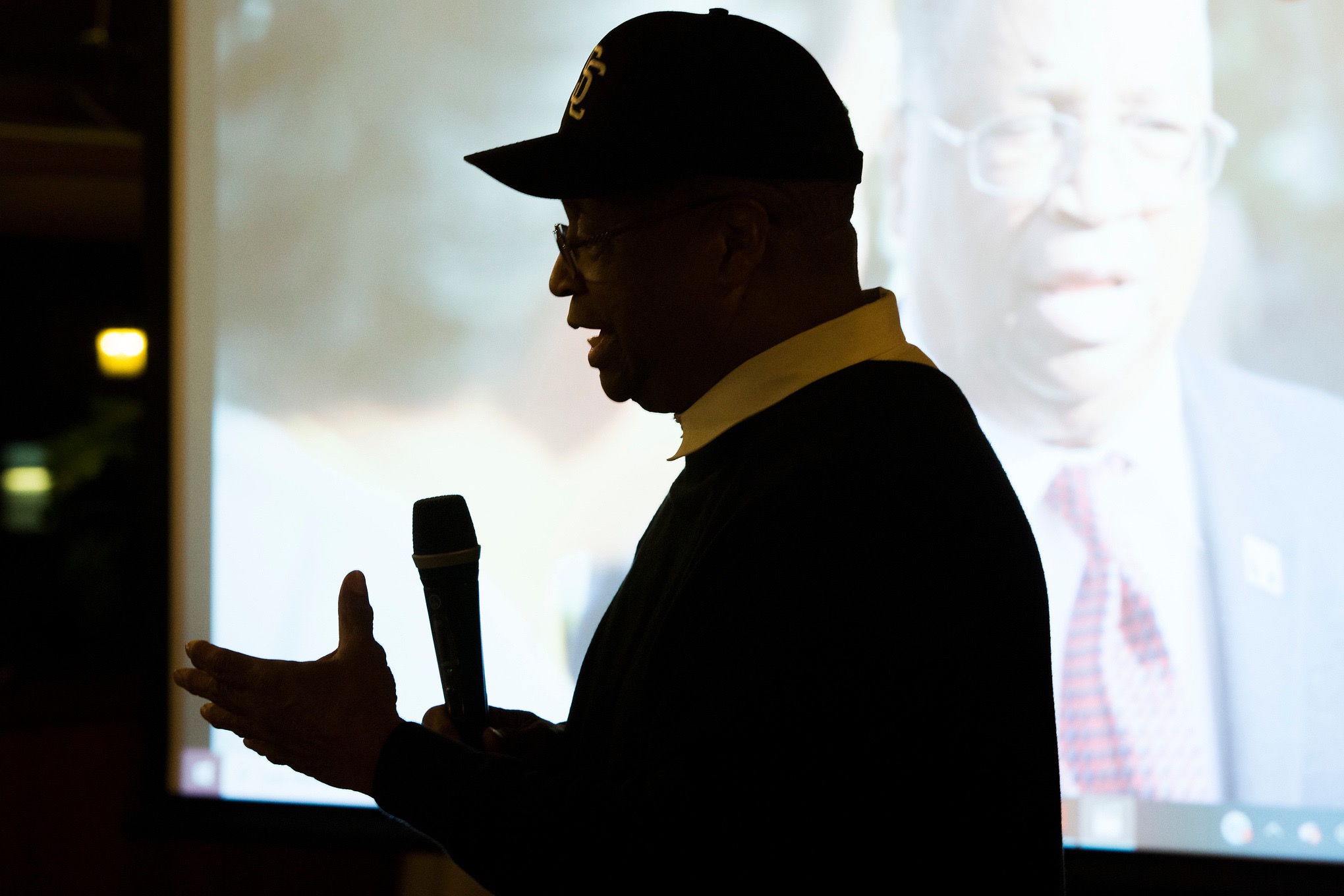 King County Councilmember Larry Gossett is silhouetted against one of his campaign videos as he speaks during a reelection fundraiser at Pier 57 on the Seattle waterfront, Oct. 18, 2019. (Jason Redmond for Crosscut)

Larry Gossett talks often about his years as a cultural revolutionary. As a founding member of Seattle’s Black Panther Party and co-founder of the University of Washington's Black Student Union, Gossett organized sit-ins to fight for Black empowerment in the late 1960s.

Fifty years later, Gossett is a veteran member of the King County Council, with an office in the same downtown Seattle building where he once was jailed for staging a sit-in protest at Franklin High School.

But despite Gossett’s status as a renowned civil rights leader, that office might not remain his for long. After 25 years on the King County Council, Gossett, 74, faces the very real possibility of losing his seat.

In this year's primary election, Gossett garnered only 37% of the vote in the county council’s District 2, which encompasses the Central District, Capitol Hill, Beacon Hill, the Rainier Valley, Seward Park, Skyway, the University of Washington, Ravenna and Laurelhurst.

Since then, Gossett has been campaigning with renewed urgency, working to close that considerable gap before the Nov. 5 general election.

Zahilay, 32, is a lawyer who co-founded a nonprofit to mentor kids from disadvantaged backgrounds. The son of Ethiopian refugees, he was born in Sudan and moved to the United States when he was 3. Like Gossett, Zahilay also graduated from Seattle’s Franklin High School — albeit more than four decades later.

The two men talk about some of the same issues on the campaign trail: Fighting the forces of gentrification that are pushing people of color out of their longtime neighborhoods. Reducing youth incarceration. Building more affordable housing. Expanding public transportation to get people to and from work while fighting pollution, which both men acknowledge disproportionately affects communities of color.

Yet Gossett seems exasperated at times when the political similarities between him and his opponent are pointed out. Sitting in the Starbucks on the 40th floor of downtown Seattle’s Columbia Tower, drinking a venti tea, the veteran politician said the key difference between him and Zahilay is simple.

For all his years of political experience, however, Gossett said he didn’t foresee the crushing results of the August primary.

“I was surprised — a little embarrassed,” Gossett recalled. In all of his past elections, he has never received less than 80% of the vote in the general election.

Clearly, 2019 was going to be a different fight.

“You know what surprised me most?” Gossett said. “The areas of my district where I won.” He proceeded to tick off some of the whiter, wealthier neighborhoods in his district.

That made the primary results even more shocking to him, he said. “I got killed in the Central Area where I’ve been living all my life. Killed in Montlake. Beat in the University District … but I won in Laurelhurst, the rich area. I don’t know how to account for that.”

Since the primary, Gossett said his campaign has increased its voter outreach efforts, including conducting more door-to-door canvassing to get his message out.

Seeing that Zahilay was performing well among millennials, Gossett said he has been focusing more on “frequent voters who are a little older,” but who perhaps sat out the primary election.

Then, there’s been a new social media push, he said. “I got some people who started putting a lot more stuff on there about me. I had never done that before, for any race. Facebook, Instagram — come on, I never had that. What’s that other one, Twitter? They put me on all that stuff.”

Still, Gossett says, it will be hard to catch up to the social media campaign that Zahilay has built over the past several months.

“I’ve only been doing it since Aug. 6, 2019 — I’m being real with you,” Gossett said. “Because the previous 12 years I never had a soul in the world run against me, so there wasn’t any need to go out and talk to the voters.”

Zahilay declined in an interview to directly criticize Gossett’s policy positions, or Gossett’s individual performance as an elected official.  He acknowledged that he and Gossett seem to care about many of the same issues.

Gossett, for instance, recently introduced a proposal to explore anti-displacement measures, such as inclusionary zoning that would set aside a certain portion of new developments for affordable housing. That’s something Zahilay talks about frequently on the campaign trail.

Gossett also said he is working on a Green New Deal for King County to try to implement new environmental policies. Fighting climate change is similarly a key a priority for Zahilay.

However, “For me, it is about what hasn’t gotten done,” Zahilay said this week.

“If we are looking at the Central District and South Seattle and Columbia City and seeing the mass gentrification that we’ve seen, we haven’t done enough,” Zahilay said. “The things I am proposing haven’t been done yet — or it hasn’t been enough.”

On environmental issues, for instance, Zahilay noted that the county reduced its greenhouse gas emissions by only about 1% between 2007 and 2017 — far short of the pace needed to meet the county’s goal of a 25% reduction by 2020.

“For me, it’s not just about experience. It’s also about this moment and the future, and how we’re going to tackle these big challenges of this new era,” Zahilay said.

Gossett, though, insists that experience and perseverance have been key to some of his biggest wins over the years. One of those was successfully lobbying the state to rename King County after Martin Luther King Jr, he said.

The state’s most populous county was originally named after William Rufus DeVane King, a former U.S. senator and vice president who owned enslaved people. The county council passed a resolution to rename the county for the slain civil rights leader in 1986, prior to Gossett’s time as a council member.

But, starting in 1999, Gossett went to the state Capitol to push lawmakers to officially approve the change at the state level. After six years of pressure, he said, they finally did.

“We wore ‘em down,” Gossett recalled. “Girmay, who have you worn down?” 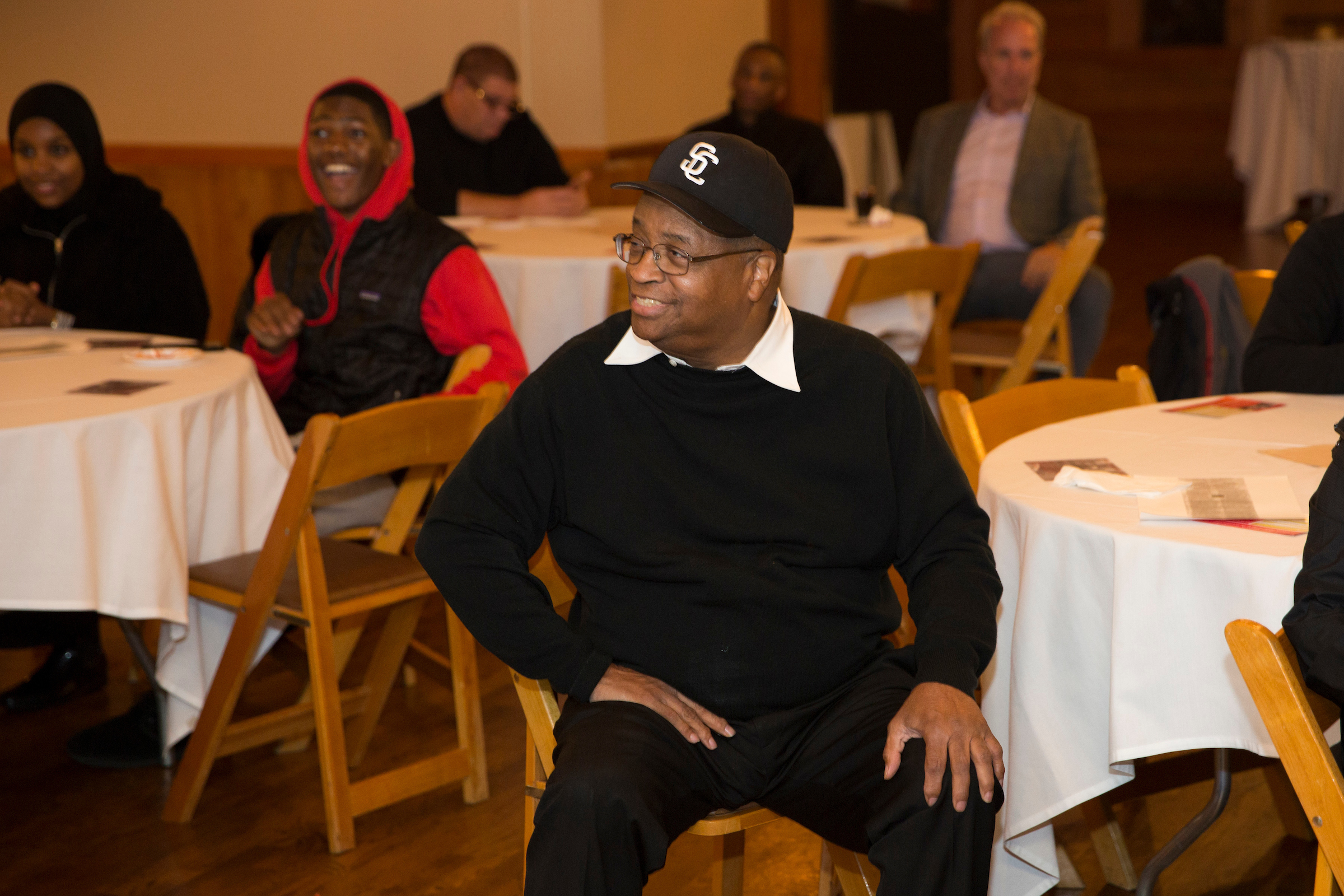 At campaign events this past weekend, Gossett and Zahilay drew somewhat different crowds.

A group of 18 people gathered at Pier 57 on the Seattle waterfront Friday evening for a fundraiser to support Gossett. Several were longtime supporters who once lived in the Central District or South Seattle, but have since moved outside of the district.

Invariably, they were full of stories of the ways Gossett has helped the community.

“Larry has always been the people’s champion — we call him with everything, and he shows up,” said Bethea, who grew up in Columbia City and now lives in Renton.

Speaking of Zahilay, she said, “I don’t know if we will be able to do that with this young man.”

A handful of high school students were also at Friday’s event supporting Gossett, though not all of them were of voting age. One student, Jaeden Thomas, said he respects Gossett for his work in the community and plans to vote for him based on that history. Thomas, a senior at Franklin High School, said he will turn 18 later this month.

Meanwhile, Zahilay’s campaign reported that about 90 people came out Saturday despite some rain to knock on doors for the first-time candidate.

State Sen. Joe Nguyen, a Democrat who was part of that group, said Saturday’s turnout speaks to Zahilay’s ability to inspire people — something Nguyen said is crucial for making change happen in politics.

Nguyen said he appreciated the work Gossett has done in the past, but that it was time for someone new to enter the picture.

Cathy Allen, who has previously worked as a political consultant for Gossett, said several people have contacted her — apologetically — to say that they aren't voting for him this time around.

Privately, many people question whether it is even possible for Gossett to win the race at this point, she said.

Some of that is beyond Gossett’s control, said Allen, who called her former client a “legend” and “one of the most decent people you will ever meet.”

“There is a built-in bias against old people,” Allen said. “We are living in a time when change is valued highly, and same-old, same-old is not.”

At the same time, Allen said Zahilay “has been an excellent campaigner” compared with Gossett.

“He’s outworked him, out-raised him, out-liberaled him,” said Allen, who works with Democratic candidates.

One of the clearest areas where Zahilay has positioned himself to the left of Gossett is on the county’s new Children and Family Justice Center, which includes a new juvenile detention facility. Zahilay has said he would have voted not to go forward with the new youth jail, and instead would have sought to direct that money toward diversion programs, as well as smaller, community-based facilities.

As the number of jailed kids declines further, it wouldn’t make fiscal sense to have multiple small detention facilities to house so few of them, said Gossett, noting the need for each facility to have 24-hour surveillance, staffing and monitoring.

In early 2015, Gossett voted with the council majority to move forward with the larger, centralized facility, which voters had previously approved in 2012. Zahilay says he would have voted against building the facility.

In most policy areas, however, there’s “not a dime of difference in their ideologies,” said Republican political consultant Randy Pepple.

Even so, because Gossett is the longtime incumbent, he has to answer for all the problems that have persisted under his watch, such as community displacement, a lack of housing affordability and homelessness, Pepple said.

“The incumbent has to defend that — the challenger does not,” Pepple said. “It really is kind of a ‘what have you done for me lately’ response from the voters.”

Reflecting on the race back at the Columbia Tower, Gossett said he thinks he underestimated how much some of his district has changed. That includes failing to recognize the number of new people who have moved into District 2 in recent years — people who might be less familiar with his past civil rights work, or his work on the county council.

Gossett said he recently had tried to recruit candidates who are younger, but who are experienced enough that he would be comfortable having them replace him on the council. “It didn’t work out,” he said, adding he didn’t know enough about Zahilay to step aside and endorse him earlier this year.

For now, Gossett said he is hopeful he can win another four-year term. That’s all he wants, he said.

After that, he wants to retire and write his memoirs about his time as a community organizer and politician.

“I want to finish my memoirs before I go to the happy hunting grounds,” he said, glancing with a smile toward the sky.

With that goal in mind, Gossett said, “Four more years is enough.” 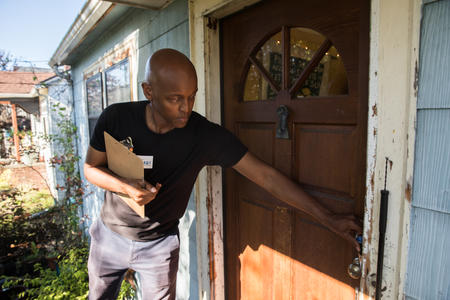