Coastal tribes in WA are working to escape rising sea levels. A bill in D.C. could help

In Washington, coastal tribes have long labored to relocate. Potential access to federal aid could be the key to mitigating climate disaster. 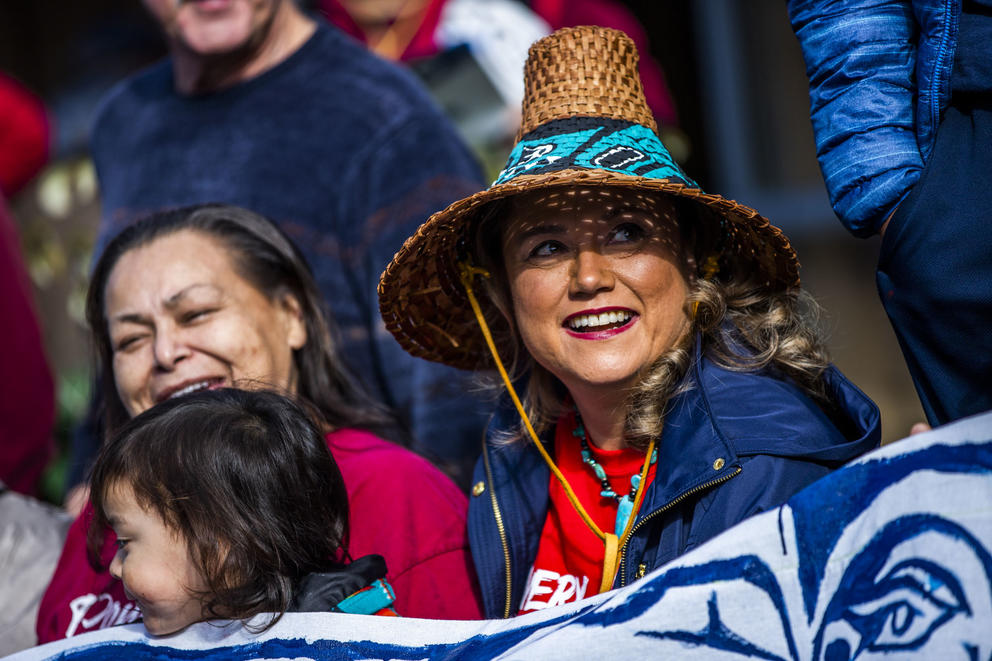 Update: The Tribal Coastal Resiliency Act was passed by the U.S. House of Representatives on Dec. 12. If approved by Senate, the measure would allow the Department of Commerce to award grants to Native tribes to restore, preserve and protect tribal land and water systems. A recently published documentary by Crosscut shows how one community is struggling to remain on ancestral lands as the climate changes. Watch the 30-minute film.

For the Native tribes that have historically lived along Washington’s Pacific coast, the threat of rising waters is real and imminent. As a result, many must grapple with the forced relocation of entire villages to higher ground before their homes are submerged.

“We’ve been advocating for our coastline, our relocation, for quite some time,” Quinault Indian Nation President Fawn Sharp says. “Not only raising the issue of the expense of relocating two entire villages, but the impacts on our coastline.”

Other tribes, like the Makah and Hoh, have similarly spent years scrambling to figure out how to pay for these moves. In response, U.S. Rep. Derek Kilmer, D-Gig Harbor, has sponsored a bill that could get tribes better access to funding for relocation and other efforts that mitigate rising sea level and climate change threats. Sharp testified in support of the bill before national legislators last July.

She says relocation costs for the Quinault could range from $65 million to $100 million. Although the tribe has been aware of the need to move for years, the Quinault began formal discussions in 2014. Relocation for both the villages of Taholah and Queets remains in the early stages. Construction has just begun for the first building at Taholah’s new location, while construction has yet to break ground in Queets. Taholah’s Generations building will house both its Head Start program and senior services center, providing a haven for some of its most vulnerable community members.

“We are geographically classified now as living below sea level,” Sharp said during her congressional testimony. “I’ve had to declare four states of emergency at the Quinault Nation.”

Kilmer's bill expands on the existing Coastal Zone Management Act, which was passed in 1972 to encourage oceanfront states to develop coastal zone management plans with aid from federal funds. As the law currently operates, states can petition the federal government for aid, but tribes must petition states to do so on their behalf. Kilmer says that this bill would allow tribes to seek aid as the sovereign nations they are.

The bill was unanimously approved last week by the House Natural Resources Committee at a time indigenous activists are loudly advocating for more climate action in Washington state. A carbon fee initiative buoyed by Sharp gained large support from state tribes last year (although it was ultimately unsuccessful), and the fight against the development of a liquefied natural gas facility in Tacoma has been led by Native voices. Just last week, Native protesters camped out at the state Capitol demanding that Gov. Jay Inslee declare a climate emergency.

“This [bill] has been a few years in the making,” Kilmer says. “And it stems from the fact that I represent a number of coastal tribes that have been … challenged from the standpoint of more severe storms, sea level rise, flooding, not to mention tsunami threat, and are in need of some help to address those challenges.”

While there are other ways that tribes could potentially seek funding — Federal Emergency Management Agency pre-disaster mitigation grant program is an example — Kilmer says they’re still at a disadvantage. Funds like FEMA’s are broad and when funds must be spread nationally, Kilmer says the scope of its effects can be limited. “So it’s sort of a drop in the bucket,” he says.

Kilmer is optimistic about the bill’s path forward. Having received bipartisan support so far, it has the potential to “move with a limited amount of debate,” he says.

For Sharp, whose presidency has had a particular focus on climate change, the bill is a move forward for both relocation efforts, Native-led climate action and indigenous sovereignty as a whole. Independence from the state is necessary, she says, especially since tribes are more in tune with their own issues than legislators. She’s currently running for president of the National Congress of American Indians, where climate issues, she says, will “absolutely” be a main focus.

“There’s no question that we’re facing a global crisis,” Sharp says. “Tribal nations have been a leading voice, whether it’s rallying the world at Standing Rock or in our area, mobilizing folks, tribal and nontribal citizens, around crude export projects, coal projects, all up and down Washington’s coastline.”

With Native voices at the forefront of climate issues, she foresees a growing tribal leadership within the movement as a whole.

“Tribes will be uniquely positioned to lead, not only in this country, but globally … to advance a very aggressive, effective, strategic and inclusive climate agenda, which is what’s minimally necessary at this point,” Sharp says. “There’s no question that tribal nations play a central role.”

Dorothy Edwards is a staff photojournalist at Crosscut. Find her on Twitter and Instagram or email her at dorothy.edwards@crosscut.com.