Durkan, Morales, and why "socialist" shouldn't be a dirty word

The mayor's decision to deride the District 2 city council candidate was both unusual and misguided. 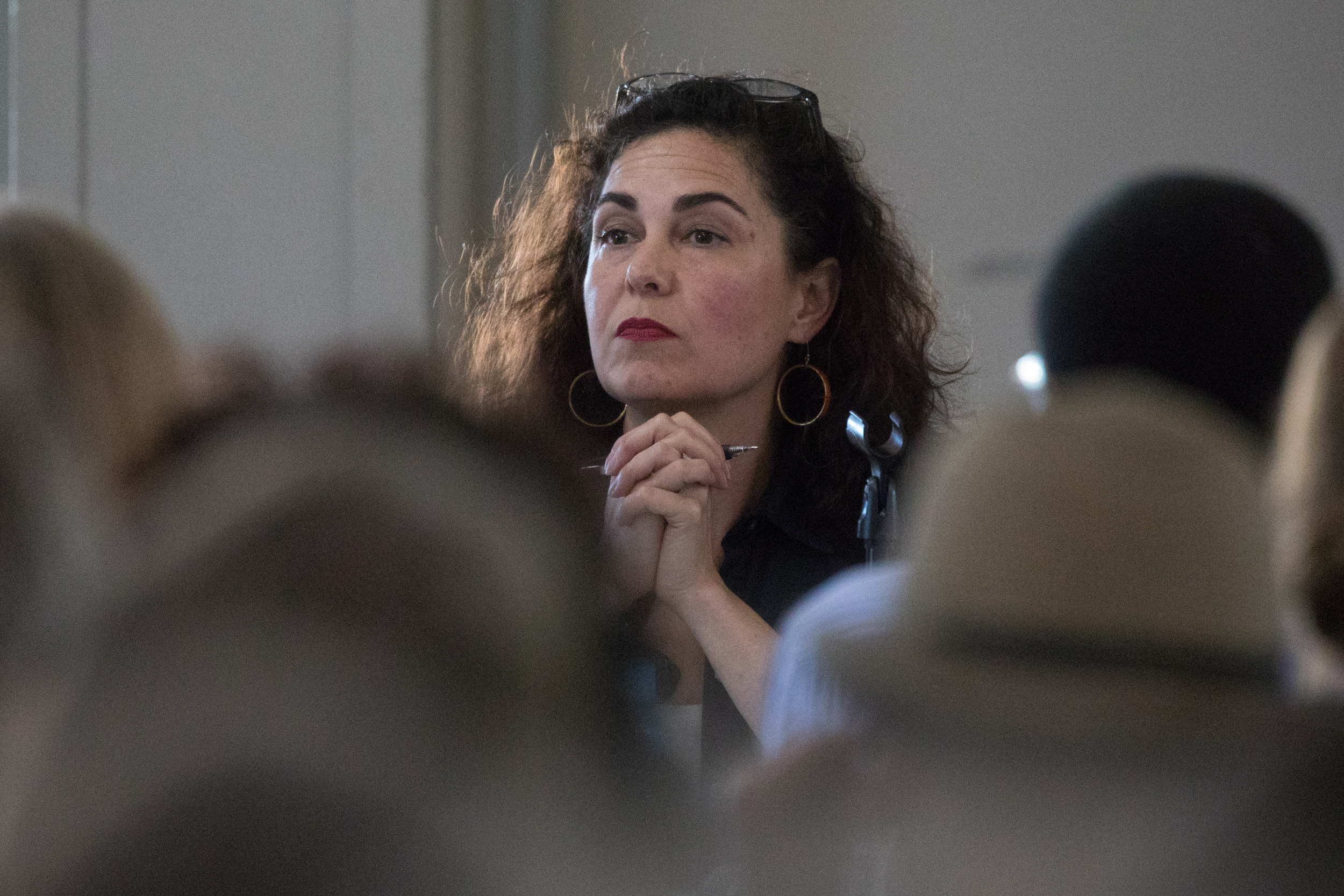 Early in the election season, when Mayor Jenny Durkan slammed Tammy Morales as a socialist who “would cause more division” in Seattle, the city council candidate said she was surprised and disappointed.

Those aren’t the words I would have used to describe my reaction to Durkan’s comments. Morales is a touch more diplomatic than I.

Then again, I’m not the one running for office in a pseudo-progressive city whose moneyed gentry and big business interests are flexing to maintain sway over the future of Seattle’s most powerless. The homeless and people of color — we’re all just getting in the way of “progress,” which feels a lot like clinging to the status quo.

“I don't know her personally,” Morales said of Durkan over coffee at the Beach Bakery in Rainier Beach. “We've met a few times at different community meetings. So to see what felt like a very personal attack against me was surprising. And honestly disappointing. To be accused of being divisive with a tactic that was itself so divisive was kind of surprising.”

Durkan sent the remarks on her personal email to friends and supporters, endorsing Mark Solomon, who’s now facing Morales in the Nov. 5 runoff to replace Bruce Harrell. Durkan also included a reference to former city council candidate Ari Hoffman, whom she described as a “rigid conservative.”

The mayor used to live in District 2 — my district, which includes the Chinatown-International District, Georgetown and southeast Seattle. A last-stand mentality pervades down here. It’s where nonwhite and LGBTQ communities have been pushed, as swaths of the Central Area and Capitol Hill have been flipped through gentrification to become part of Seattle’s Great White North. Self-determination is a running theme among nonwhites, here and nationally, and Morales’ brand of progressivism seems to better resonate with such sentiment in District 2.

Morales and I discussed the Durkan comments in the wake of Amazon’s same-day delivery of another gut punch — boosting its contributions for city council races to an unprecedented $1.45 million. Guess what? Morales won’t be receiving a penny of that — she’s taking democracy vouchers and isn’t big business’ type anyway — but Solomon will.

The Amazonian influence-buying in my hometown reeks of the paternalistic bent of another place I reside, more and more reluctantly. In the lily white world of conservation and organized recreation, legacy operations and brands constantly are buying off and appropriating the agendas of fledgling organizations of color, even in the realm of diversity, equity and inclusion. The power dynamic makes it possible while at the same time it maintains that dynamic.

Seattle’s business interests and the political firewall being constructed around them, Morales said, “are not interested in candidates who are willing to talk about the need to shift the way our economy works so that it serves working families better.”

“We have to just take a stand and say we're not going to operate under this system anymore,” she added. “It doesn't serve us well. It's unjust, it's not equitable. We have to make sure that we are talking in a big way about shifting power in this city. That scares people, and that's too bad. That's what it's going to take. We have to shift economic control of this city away from corporations and back to the people who live here.”

If this sounds socialist, I say bring it on. The S-word is increasingly used as a disparagement, particularly in national politics, but also increasingly here in Seattle, as Durkan’s attack on Morales suggested. The fact is, socialism historically has provided a haven for nonwhites and other marginalized communities.

Left to our own devices, human beings, especially in a capitalist society, too infrequently demonstrate an instinct for protecting our most vulnerable. Government programs feel radical and too interventionist by those monopolizing power and resources because it forces them to share what they perceive as a zero-sum pie. Meanwhile, government feels like a last resort to many just trying to survive and pursue the liberty and happiness referenced in the Declaration of Independence.

Left to our own devices, human beings, especially in a capitalist society, too infrequently demonstrate an instinct for protecting our most vulnerable.”

Morales isn’t afraid to admit that she joined the Democratic Socialists of America, whose ranks include Rep. Alexandria Ocasio-Cortez of New York. But she did so to explore humane policies that have long existed in Western Europe around issues like health care and housing. She says she hasn’t taken a deep enough dive into socialism to label herself a true follower.

“[Durkan] meant [calling me a socialist] as an insult and I didn't take it as an insult because I know that I am extremely progressive,” Morales said. “There are many ways in which I am probably pretty close to being a socialist. What stops me from that completely is that I can't imagine what it looks like to have like no private ownership. The ultimate goal [of socialism] is the state running everything and nobody's done that successfully.”

Even if Durkan did not mean to slight Morales, I wonder about the political strategy of a mayor weighing in on a city council race. It doesn’t feel customary. And it feels risky, given that she may end up trying to work with someone she just worked against being elected.

To test this instinct, I rang up Norm Rice, who’s not just Seattle’s only Black elected mayor (Harrell was acting mayor in 2017), but the former mayor I know best. He didn’t recall if he ever endorsed a council candidate, but said doing so was “unique.” He added that, if a mayor found a candidate in sync with the mayor’s goals, objectives and beliefs, that mayor shouldn’t shy from an endorsement.

Rice said the bigger minefield was working with a council whose members mostly are elected by districts and, therefore, run on more narrowly focused issues. “The dynamics of today’s council races are challenging,” Rice said, “and it’s going to be hard to put it all back together.”

Durkan, who also endorsed District 5 incumbent Deborah Juarez, may have been rushing to the side of Solomon, someone with whom she had a past when she was a U.S. attorney and he worked with the Seattle Police Department. But her political instinct otherwise was misguided. Morales fell only 425 votes shy of unseating Harrell in 2015. With Harrell choosing not to run again, Morales was, at worst, the favorite in the 2019 field and, at best, the presumptive winner.

In beating six other candidates, Morales collected 50% of the vote in this year’s primary. The community organizer and former Seattle human rights commissioner also has the backing of progressive heavyweights like U.S. Rep. Pramila Jayapal, D-Seattle; state Sen. Rebecca Saldaña, D-Seattle;  and Nikkita Oliver, plus the King County Democrats. It’s beginning to feel like Durkan may have held open the door for the wrong person.

“To start off a relationship in that way is troubling,” Morales said. “My commitment is to make sure that I'm representing the people of this district and their priorities. If it means that I have to push back against the mayor, that's what I'll do. But I think it serves us all better if we can work through conversations that I'm sure will be difficult but acknowledge that the outcome that we're looking for is for our neighbors to be served better.”

Despite the strain, there is hope: They’re both women, obviously, in a city run by women; they both claim the mantle of progressive Democrats, and they both agree that they don’t agree with many of each other’s policy stances. It’s not necessarily the recipe for BFFs, but bold alliances have been formed around a lot less.