After years of sticking with the sport, female players are thriving — and helping turn the state into a hockey hub.

Growing up in Ontario, Jenn Wood wanted to play ice hockey. But she wasn’t allowed to play on the boys teams, and girls teams didn’t exist. By the time her son started playing hockey in the Seattle area in 2005, teams were co-ed but girls weren’t showing up.

“He didn’t have a single girl on his team for the first five years,” said Wood, whose younger daughter shared the family’s love of the sport. “So I realized that would have to change when my daughter started to play.”

Wood began recruiting. Starting in 2011, she created an all-girls team to play in tournaments for kids younger than 8 years old. Soon that one team expanded into four, which became some of the first all-girl beginner tournament teams in the state.

She wasn’t the only one who saw a need. Thanks to other parents and coaches like Wood, girls ice hockey has had a growth spurt in recent years. And now, with a National Hockey League team on its way to Seattle in 2021, that growth is likely to continue. The city is primed for a boom in puck passion. With season tickets selling fast and arena construction underway, a rise in youth hockey participation is all but guaranteed. But whether that spark of interest will address the ongoing disparities between support for girls and boys hockey remains to be seen.

Boys interest in hockey surged in the late 1990s, resulting in an increased demand for ice time. Coupled with a drop in girls signing up, this meant the all-girl teams in existence at the time fell by the wayside.

Then in 2002, a group of parents looking to make a place for their daughters founded the Western Washington Female Hockey Association.

As Wood’s tournament teams grew (and grew up), they joined the WWFHA. This was part of the plan from the beginning with those first 8-and-under teams. Immersing girls in hockey early set the stage for the older teams in the future, she said.

“When I started making [7-and-under and 8-and-under] teams, some people thought I was crazy,” she said, “and I said I wasn’t. I was creating a [14-and-under] team for seven years from now. You have to have a pipeline or the program is going to die.”

The WWFHA has gone on to form several of the first full-time girls teams in the state. The association eventually had enough girls to form three in-house teams who could compete against each other, creating the first all-girl hockey league in the state. Whether playing locally, or in Canada, the WWFHA teams, all called the Washington Wild, haven’t had to play against coed teams in three years, according to WWFHA President Kelly Goscinski. 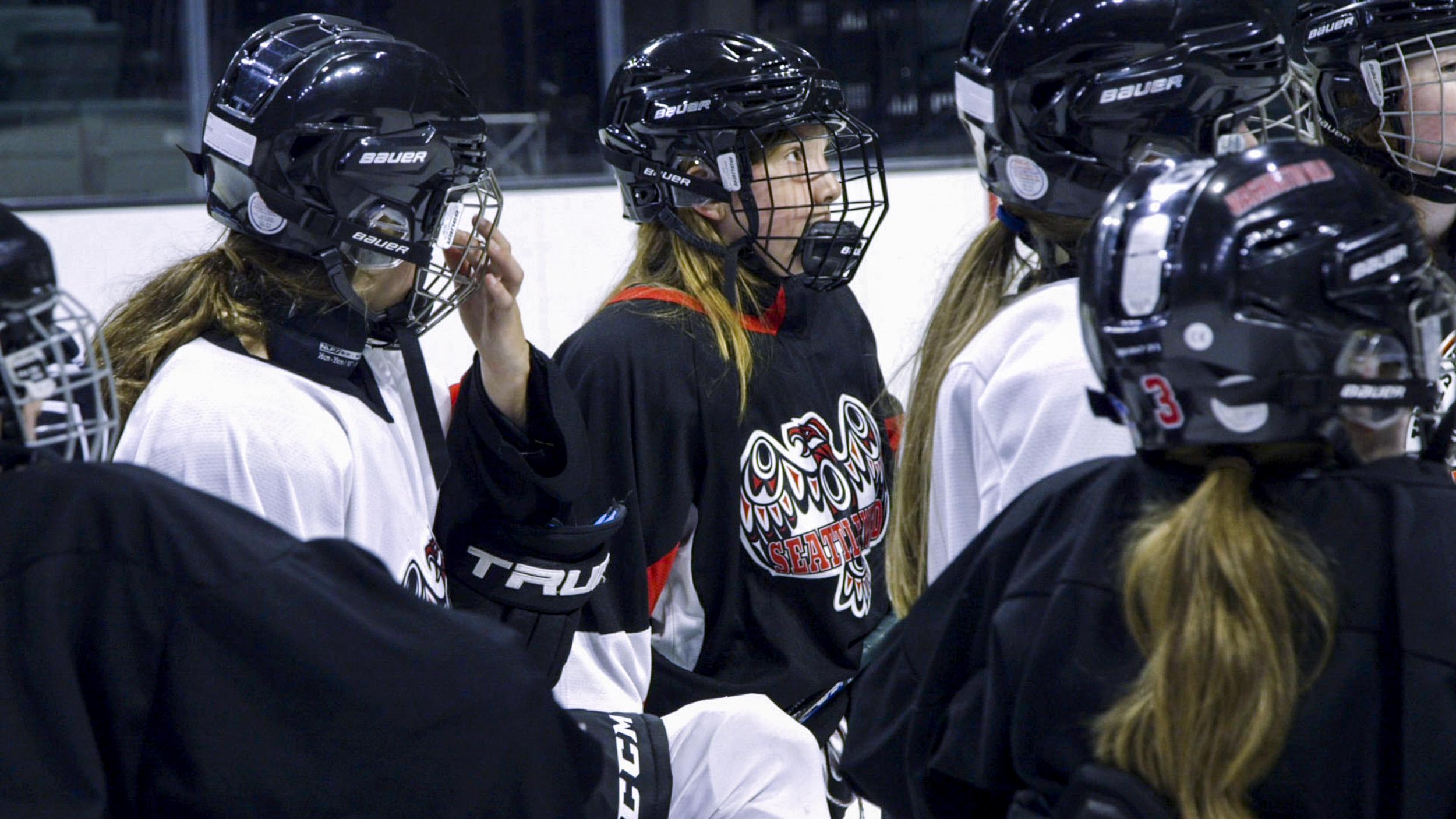 Mackenzie Demoors, 11, listens as her coach gives instructions for the next exercise during practice in Everett, Washington, on Monday Sept. 16, 2019. Demoors plays on one of the Washington Wild's under 12 teams. The Wild are part of the Western Washington Female Hockey Association, the only association in the state dedicated solely to girls' ice hockey. Many of the Wild’s teams travel to Canada to play in the Pacific Coast Amateur Hockey Association to be able to play other all-girl teams. (Beatriz Costa Lima/Crosscut)

The girls’ game has since taken off as the WWFHA has grown and two of the state’s nearly 20 coed programs have made room for all-girls teams as well, Goscinski said.

Local coed hockey association Seattle Juniors started its own all-girls teams five years ago, while also hosting clinics for girls who want to learn to play. Players from Tri-Cities and Yakima have made the trip to practice and play with the association's all-girls team, the Lady Admirals, said Seattle Juniors coach Jim O’Brien. He noted that the teams play in the coed league while also playing girls tournaments throughout the season.

He said each girl is able to choose whether they’d like to play on coed teams or the all-girls teams; it’s a personal choice. But he sees advantages for both boys and girls when playing in coed leagues.

“What we found is that by playing coed hockey the girls are challenged more. They have to play harder and faster and stronger,” he said. “I think the boys, after a girl beats them, I think they understand pretty quickly that girls can play this sport well.”

O’Brien said Seattle Juniors is currently made up of roughly 20% to 30% girls, but that the association’s goal is to reach a 50-50 split. He said every youth hockey association in Washington should have someone dedicated to building girls in the sport.

“It makes the association better and stronger because I think it serves the community better,” he said.

Goscinski said WWFHA wants to make sure that all girls have the option to choose between coed and all-girls hockey. She hopes to push back on the idea that girls have to play coed to be better hockey players.

“Girls hockey is a viable sport at every age group,” Goscinski said. “Again, that's super individualized, but there's still that kind of outlook that my daughter is not going to be as competitive if she doesn't play with the boys. And we're trying to change that outlook just by showing that, yes, our girls win banners. Our girls go up and they fight. And they get upset when they lose. And it's just as competitive, it's just as aggressive.”

Goscinski added that while these other associations are also working on girls programs, “they haven't quite gotten to the level yet where we can have consistent interactions ... enough to satisfy all the girls that play in the region.”

Women's sports are ascendant and the Seattle area presents a microcosm of the successes and struggles that women experience in the athletic arena. In the latest edition of Crosscut's Focus series, we explore the growth and development of professional women's sports in Seattle, as well as the victories and challenges faced by the women who have chosen to make sports a center of their professional lives. Read all of the stories here.

Wood continues to develop girls hockey in the area, currently spearheading the beginners and girls hockey at Sno-King Amateur Hockey Association, and working with several other associations to increase women’s participation in the sport.

She stressed the need for not only girls teams, but female coaches so the players can see someone who looks like them on the ice, and imagine that they could one day be in their skates.

Wood recalled a time sitting with a young player she coached who said she couldn’t be a coach when she grew up because she wanted to be a mom. Wood told her that she was both mother and coach. “I said you can do both and it blew her mind,“ she said. “If they haven't had female role models, they don't see it as something they can do long term.”

Goscinski, Wood, and O’Brien all predicted that girls hockey will continue to grow in Washington. With more ice rinks on the way and more programs dedicated to girls hockey, Wood said this is the first time girls hockey isn’t “subject to the whims of boys programs.”

A campaign to bring a professional women’s team to Washington could mean even more role models for young players. Zoë Harris, a local hockey fixture and former University of Washington men’s hockey coach, started the “NWHL to Seattle” campaign this year with former Olympian Kelly Stephens Tysland as its spokesperson.

In the meantime, Wood is focused on creating an official Washington girls league with programs all over the state. That way, players don’t have to travel to Canada to play competitive hockey, and they can stay in the same organization through their entire hockey career.

“I'm trying to help create a sustainable and healthy program,” Wood said. “I don't want any other little girl to be told there's no place to play hockey.” 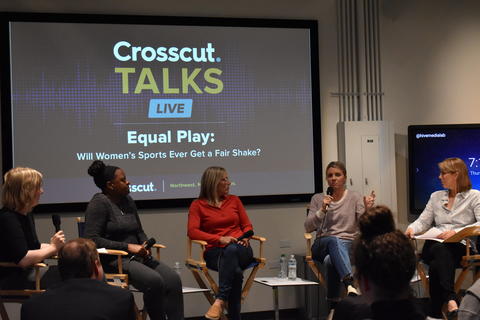 Will women’s professional sports ever get a fair shake? 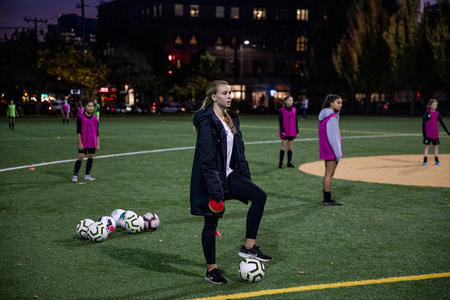 The region is poised to lead the way in electric flight thanks to an ambitious partnership between MagniX and Harbour Air.

Our photojournalists reflect on the photos that resonated with them this year.