But no one knows yet how to pay for it. 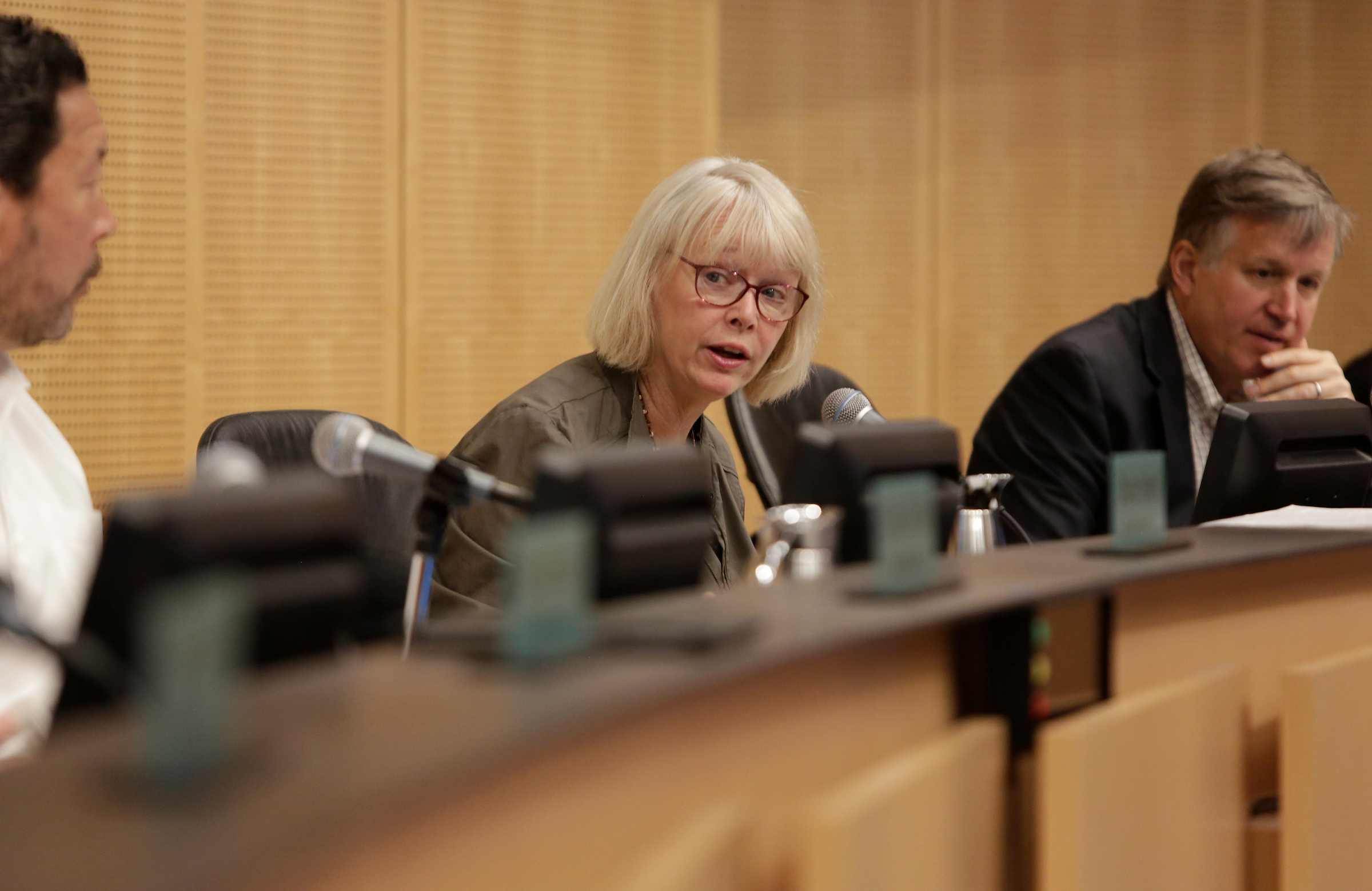 Councilmember Sally Bagshaw is pictured during a Seattle City Council meeting of the Finance and Neighborhoods Committee in Seattle, May 11, 2018. (Jason Redmond for Crosscut)

Despite one national pundit’s declaration that “Seattle has figured out how to end the war on drugs,” city officials, advocates for criminal justice reform and members of King County’s law enforcement community worry that Seattle’s darling alternative to arrest is being suffocated, as its budget lags behind growing caseloads.

In response, a full majority of the Seattle City Council is proposing radically increasing — even doubling — the budget of the Law Enforcement Assisted Diversion program, which aims to keep low-level offenders out of the courtroom altogether.

Four council members — Mike O’Brien, Kshama Sawant, Teresa Mosqueda and Lorena González — are separately proposing increasing the budget for Seattle’s LEAD program by $4.72 million. That would more than double its 2019 budget of $4.58 million, made up of funding from Seattle, King County and a landmark court settlement. It’s also exactly what LEAD representatives told city officials would represent a “serious” investment in closing the gap between capacity and need.

The five proposals represent a majority of the nine-member council and signal broad support for expanding the program.

The question, however, is how to pay for it. So far, council members have proposed somewhere near $40 million in budget adds, Bagshaw said Monday. She chairs the council's budget committee. Any new funding will mean cuts elsewhere, making competition steep. “I know there is a lot of support on this council [for LEAD] … and I also know we have a limited budget,” Bagshaw said.

Born out of a partnership between advocates from the public defender community, prosecutors and police officers, LEAD has existed for nearly a decade. While post-arrest diversion programs are fairly commonplace, LEAD was radical in its efforts to move the actual point of diversion up to the time of arrest. Rather than having to face a courtroom, drug users, sex workers and other low-level offenders would be offered connection to a case manager.

The goal is to reduce crime by finding alternative paths out of the criminal justice system for people who are likely to reoffend.

“These cases come to the court and the jail not because we’re the best option, but because we’ve already been built,” King County Prosecutor Dan Satterberg told the council earlier this month. “We have to build something else if we expect a different result.”

The results have been promising, with one study finding significant reductions in recidivism. Support among current and would-be elected officials is near unanimous.

LEAD is officially considered an “evidence-based” practice, but it became one “under circumstances where case managers carried a caseload of about 25 clients,“ Daugaard said. ”It is not an evidence-based intervention when they carry roughly twice that, which is what we’re approaching.”

If approved, the additional $4.72 million would allow LEAD to take on about 1,400 clients, up from its current load of about 750, staff say.

The capacity issues were made real in the minds of council members when they recently learned that the Seattle Police Department stepped up arrests of sex workers on Aurora Avenue, as first reported by Crosscut. The arrests were a departure from what had been the largely accepted practice of prearrest diversion, and Capt. Mike Edwards said they were partly a result of an inability of LEAD to accept lower priority referrals.

The proposals to increase LEAD’s budget come as the question of public safety and repeat low-level offenders has become a major point of debate in City Hall and on the election campaign trail.

The goal of LEAD is to reduce crime. But while it enjoys broad support, many business owners and advocates want the city to take immediate action in tandem with the slower process of LEAD.

Some members of the council earlier expressed skepticism of some of the proposals, especially the one involving probation. “I continue to have concerns about the mayor’s proposal to continue to double down on probation particularly for this population,” said Councilmember González.

But Bagshaw expressed support for the new probation as something that would work in tandem with LEAD. “This is not just the chase the person around with an ankle bracelet and put them back in jail when they fail to appear,” she said.

Additionally, in a letter sent to the council Friday, a large number of businesses and residents called on the council to approve Durkan’s proposals. “The dysfunction of our criminal justice system has a significant impact on small businesses, residents, workers and visitors across our city,” they wrote. They added, “These strategies, including probation, should be funded in the 2020 budget and then evaluated upon implementation.”

The council’s finalized budget asks are due Wednesday, at which point members must haggle over what gets funding and what doesn’t. The final budget is expected to get a vote in late November.