A mother shares the story of her son lost to suicide, while Native organizations work internally to fight the epidemic. 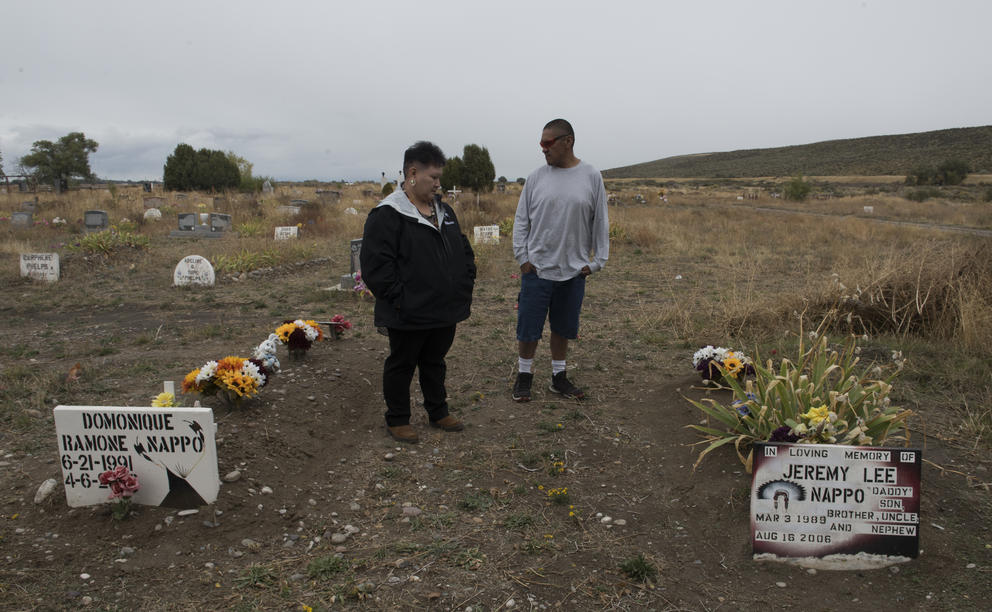 Willeena George, left, with her husband, Paul Frank, visit the graves of her sons, Domonique Nappo and Jeremy Nappo, at the Gibson Cemetery on the Fort Hall Reservation in Fort Hall, Idaho. (Bill Schaefer for Crosscut)

When her counselor told her she had a call, Willeena George’s stomach fell. She knew it must be important for the officials at the Idaho prison where she was being held to let her take it.

It was the police, calling to notify her of her 16-year-old son’s suicide. Domonique Nappo had died in his grandfather’s house on the Fort Hall Reservation in Idaho.

George’s counselor let her use a computer to write Domonique’s obituary. She was given a brief furlough to attend his funeral. When she returned to prison, she slept only three or four hours a night, ate only enough to stay alive, to keep going.

Her grief was all-encompassing. She dropped out of her treatment program. She went to weekly counseling sessions, but didn’t have access to traditional methods of healing, such as smudging and sweat lodges.

After she was released, life didn’t get any easier. She only wanted to be with her family. It was as if her life ended. She tried to drink herself to death.

George, a 49-year-old member of the Shoshone-Bannock Tribes, says that while suicide has long been prevalent in Indian Country, the dialogue necessary for healing and prevention isn’t yet there. And as long as suicide is answered with silence, she says, there is no room to move forward.

George still has Lloyd, her eldest. She remarried. But those lost never leave her. She spent six months in rehab in Seattle, and has now celebrated her ninth year of sobriety. She returned to Fort Hall one year ago and works in suicide prevention and awareness, giving presentations in schools, highlighting warning signs and how to find help.

She is one of many Native people leading their communities in suicide prevention, combating suicide rates that are disproportionately high and continue to climb.

A 2019 Centers for Disease Control and Prevention report tracking suicide from 1999 to 2017 showed suicide rates among Native people increased by 139% for women and 71% for men, contrasted against an increase of 33% for the wider population.

The Yakama Nation is working to change those trends and has a robust behavioral health services department. One of its projects is Native Connections, a federally funded program that focuses on reducing suicide and substance abuse rates, and improving mental health, of Native youth.

Nocona Abrams, a project coordinator with the program, helped host a suicide awareness event in September that drew more than 600 people. Most were Yakama Nation youth. Attendees experienced the release of 424 butterflies, symbolizing transition and resilience. Abrams says the connection with nature and wildlife is especially important for healing in Native communities.

“We know that Native Americans have this connection with animals, so we thought that bringing something live like the butterflies brings back that connection between Natives and the animals,” says Abrams, a Yakama Nation member. “Transition and resilience are important in the grief process following a completed suicide, and this butterfly release element was … used as a chance of healing for some people.”

The increase in suicide in Native communities hasn’t necessarily translated into a wider conversation, Abrams says. Suicide is difficult to discuss, she says, especially because those communities are very interconnected.

“Pretty much everybody on the reservation seems to be aware that suicide is something that plagues our people,” she says. “I feel like that’s something that a lot of people aren’t really comfortable talking about.”

Suicide is complex and complicated, but Abrams says the history of Native peoples can lead to intergenerational trauma, which sees trauma experienced in one generation passed down to the next. That isn’t always obvious, she says, which makes it harder to diagnose.

“They don’t even realize that maybe that’s why they’re feeling suicidal or depressed,” Abrams says.

A Pacific Northwest effort called THRIVE, Tribal Health — Reaching out InVolves Everyone, works to bring healing and awareness. It’s a suicide prevention project from the Northwest Portland Area Indian Health Board, a nonprofit serving all 43 tribes of Washington, Oregon and Idaho.

Celena McCray is a project coordinator who has been with THRIVE for almost five years. She says Native youth are especially at risk, which the group tries to reach on age-appropriate digital platforms. One of its online resources is a list of recommendations on how to respond to concerning social media posts, such as threats of suicide or self-harm.

A perceived need to keep up “with the rest of the pack” contributes to anxiety and depression among Native youth, McCray says. The school stress can be exceptional for Native youth, who may have to fight hard for culturally relevant programs in their high schools and colleges.

When there isn’t a space on campus to openly pray to nature, or where it may be socially uncomfortable, that adds to the already high anxiety of attending a university away from home, she says.

“If you go to a school and there’s no way of connection with your culture, it’s hard to excel within [that] space,” she says, “especially if you’re among an entire population that doesn’t understand your culture.”

McCray, who is Navajo, says there’s also a proud sense of individuality within Native communities that, when reclaimed, can help with mental health. She emphasizes the importance of a holistic, culturally grounded approach to mindfulness, in slowing down and recognizing the identity of Native Americans as a people. 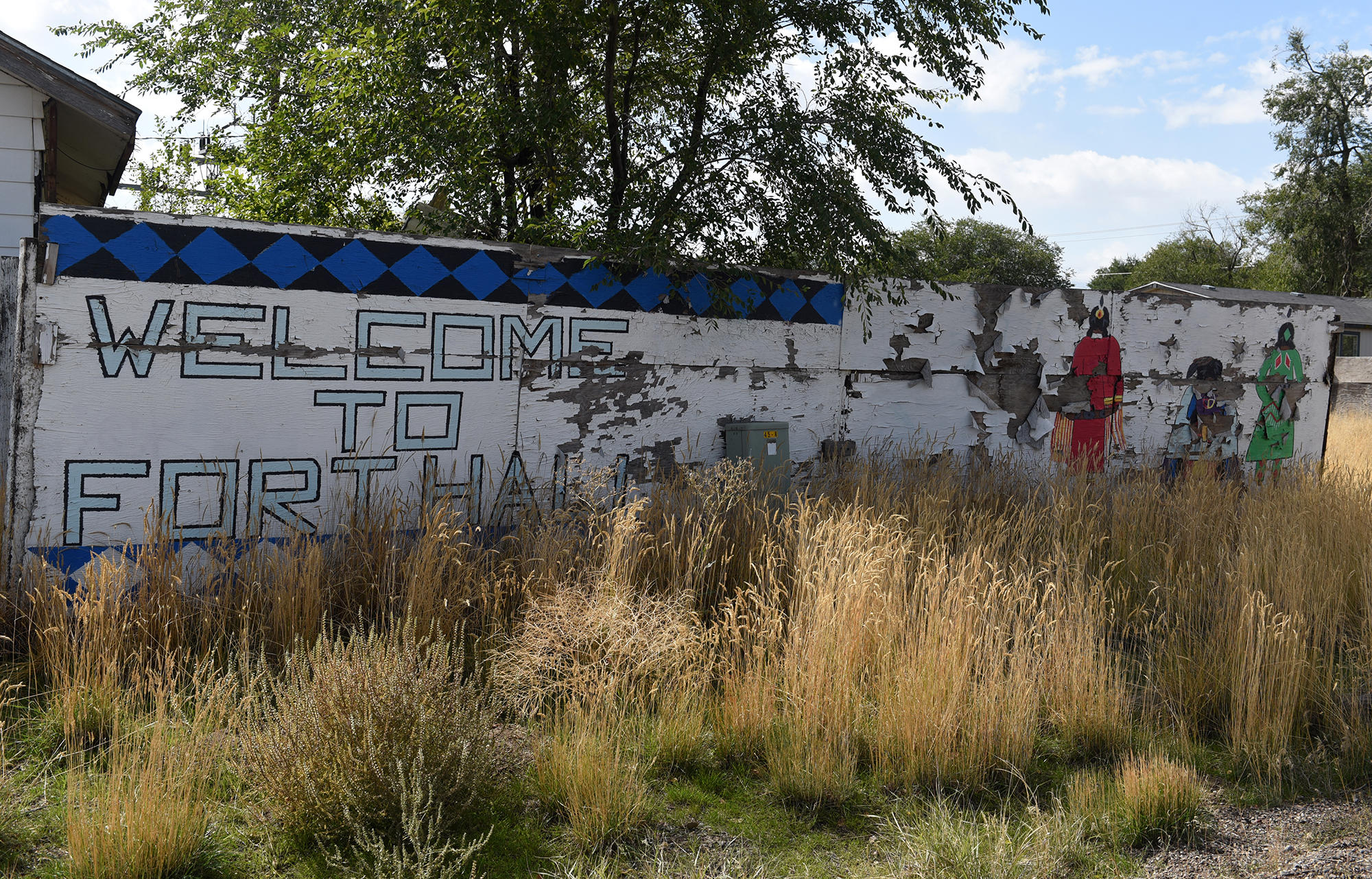 One part of that sense of identity are Two-Spirit people, who are especially important to McCray. Native Americans use Two-Spirit to describe a more fluid gender identity, sexual orientation or gender role.

“We need to re-honor and re-identify some of the things that was stripped away from our culture in previous years and previous historical traumas,” she says.

Talking about suicide within many Native cultures can carry more than the general stigma that often hampers discussions of mental health. In Native communities, McCray says, conversations about suicide can be deemed as culturally inappropriate.

Suicide can mean different things for different tribes, so McCray adjusts trainings to recognize terminology or behaviors toward suicide can differ.

“The culture aspect of that is ... what you say is something you may wish on yourselves … so if you talk about it, then it will come,” she says. “We’re really making sure that we educate and bring awareness … that if you do speak about suicide, it’s more of the awareness, and not necessarily bringing it on somebody.”

George says talking about suicide can invite shame on a family, which is why she advocates for suicide awareness and prevention so strongly in Native communities. She wants her story to encourage others to reach out for help, instead of maintaining a culture of silence.

“Talk to someone about it. Don’t hold it in,” George says. “To those of you who have thought of taking your own life ... I am more than willing to reach out my hand and help you, even if it’s just to listen, even if you just want to cry. I am here.”

Although the work is emotionally pressing and can bring flashbacks of her son, Domonique is the reason George continues to dedicate herself to destigmatizing suicide in Native communities.

Remembering Domonique, George recalls his affinity for attending proms on the reservation. It didn’t matter if he had a date. He’d be there, smiling against the balloon and star-filled backdrops, in a snappy suit and bow tie. Other teens flocked to him. The goofball on the verge of adulthood could often be found surrounded by girls.

George had no idea Domonique had depression, that he’d been struggling since the death of his older brother Jeremy. The weight of his father and uncle taking their lives took a toll on his mental health.

It took George eight years to return to the place where the memories of her sons’ deaths are so strong.

Domonique didn’t roll his eyes at spending time with his mother. They enjoyed the sights and smells of the outdoors together, attending powwows, watching Jeremy’s basketball games. They shared a sense of humor that often led to giggling fits. Remembering him is not easy for her, but she doesn’t want his death to be in vain.

“The grief is never-ending to me. It’s going to be forever,” she says. “But my focus is to help others and let them know that there is help out there.”

The National Suicide Prevention hotline is available 24 hours a day at 1-800-273-8255. For social media materials on Native suicide prevention and awareness, the Northwest Portland Area Indian Health Board provides them here. THRIVE’s resources, including information on trainings and clinical models, can be found here. 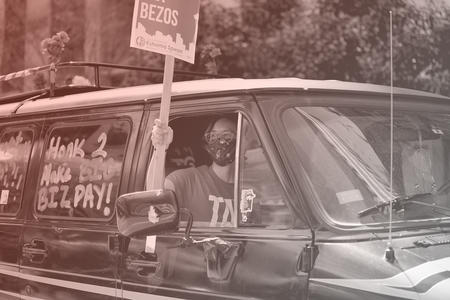