Firefighters have long suspected the station has been making them sick. 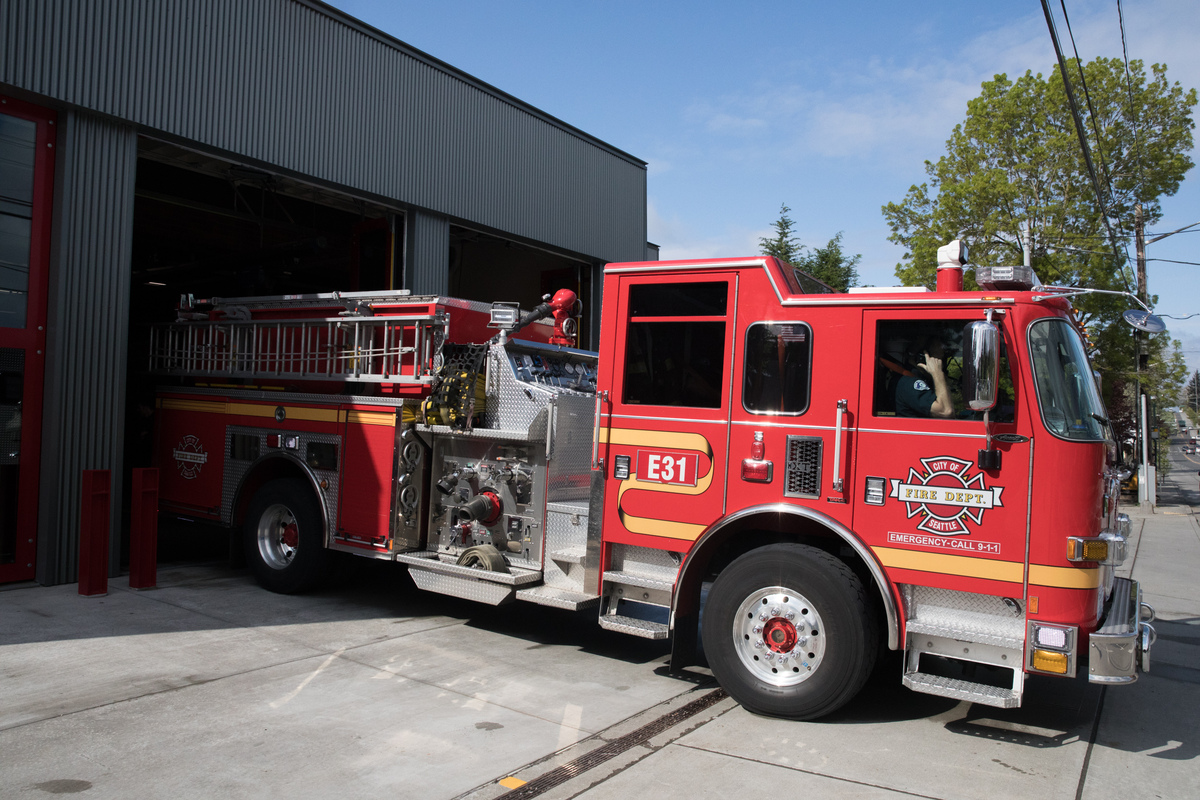 For nearly two decades, Seattle firefighters have complained about a North Seattle station they suspected was making its crews sick. Now, tensions surrounding the notorious Station 31, also known as the “cancer house,” may soon come to end.

On Friday, Fire Chief Harold Scoggins announced the department’s plans to tear down and replace Station 31, pending Seattle City Council approval. It’s a move firefighters have wanted since at least the early 2000s. While the decision resulted from a number of factors, including a lack of space at the Northgate facility, recently recommended environmental improvements tipped the scale toward a full replacement.

“Mold and other health and safety concerns led us down this road, but as we got inside the building we really started to understand the challenges with the facility that really opened up our eyes to a number of other issues and concerns,” Scoggins told reporters Friday.

Firefighters in general are at an increased risk of cancer because of their exposure to certain chemicals, but crews have come to believe there’s something particularly harmful about Station 31. Although several environmental tests did not turn up a smoking gun, a state Department of Health study found that, between 1975 and 2003, 119 crew members became sick with cancer.

“There is something wrong with that station,” said Kenny Stuart, president of Seattle Fire Fighters Union, Local 27.

What’s unclear is how the rates of illness compare with overall rates of cancer among Seattle firefighters. In recent months, the fire department has been working with the Fred Hutchinson Cancer Research Institute to determine whether Station 31 is an outlier. Scoggins said Friday the institute would continue that work. The results are due in early 2020.

Built in the 1970s and renovated in the early 2000s, the station has been a point of tension between firefighters and city leadership for years. In 2003, firefighters accused then-Mayor Greg Nickels of not taking the matter seriously, even threatening to pitch tents outside of the station.

The most recent flare-up came last June when fire department leadership evacuated the station after preliminary testing conducted by Local 27 showed trace amounts of possibly harmful mycotoxins, produced by mold. The firefighters have been operating out of four nearby stations ever since.

Since the relocation, response times in the area have dipped below department standards.

Scoggins said Friday that the department had conducted its own tests and also found traces of mold. However, mycotoxins are not uncommon in the moist Pacific Northwest. And while mycotoxins can cause cancer, no link has been established between cancer rates and what the union and the department found in their testing.

Regardless, the city decided it was worth the effort to replace the station, which already was due for some upgrades, separate from environmental concerns, according to the department. It is one of the busiest in the city and has added crew members — including an additional aid car — to respond to the growing North Seattle population, said Scoggins. Additional environmental upgrades, recommended by a third-party consultant, pushed the department to request a new station.

“Already understanding that the fire station was too small for the fire department’s needs now, it just didn’t make sense for us to do one-off fixes rather than addressing the overall problem of building a fire station that met the fire department’s needs for the next 50 years,” said Chris Potter, chief operating officer of the city’s Department of Finance and Administrative Services.

Station 31’s crew members will shortly move into an “interim” station made up of tents and trailers. Kamaria Hightower, spokesperson for Mayor Jenny Durkan, said this year's changes have been budgeted for. "The City anticipated this possibility, having set aside funds for a temporary relocation to address immediate need specifically in this budget," she said in an email. She added that the city's long-term plan for capital projects included the possibility of needing a new station.

The next step involves finding a site for the new station. The department then must go to the city council to request funding for purchasing the site and constructing the station. It will likely be a number of years before firefighters move into a new station, said Stuart, the union local's president.

Cost will depend on the site. A new station recently built in West Seattle cost $18 million to build.

"The City will be working with Council and stakeholders in the coming year on financial resources as well as identifying a new location," said Hightower.