Seattle progressives need to get smart on crime

The city has scaled back prosecutions of low-level crimes — for good reason. But without scaling up diversion programs, a backlash is inevitable. 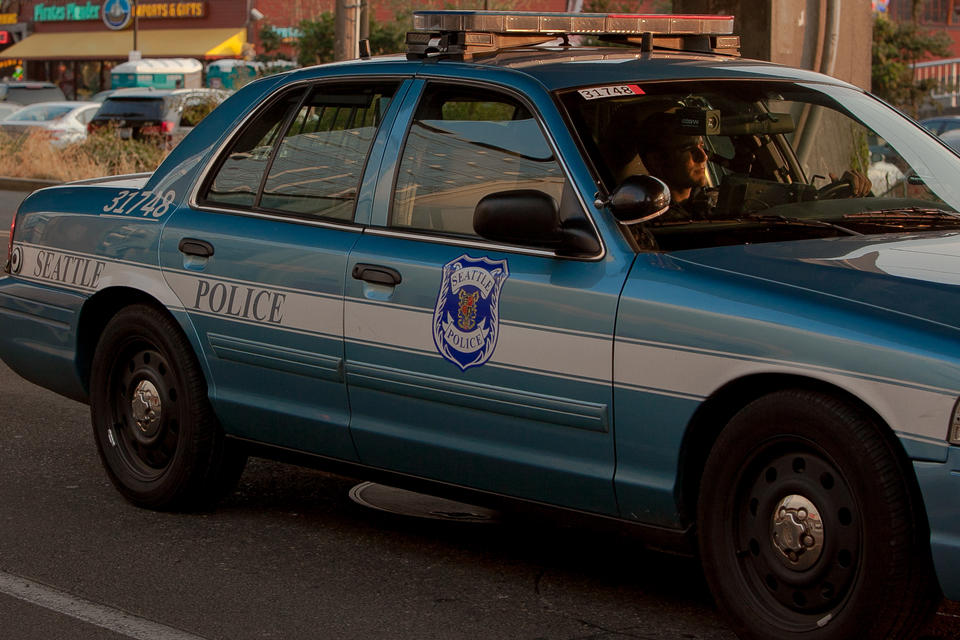 Over the past decade, Seattle's approach to low-level crime has shifted significantly, a result of pressure from criminal justice reform movements and one informed by research suggesting that prosecution and incarceration are neither effective at changing behavior nor an efficient use of public resources.(Jovelle Tamayo for Crosscut)

This month opened with a media flurry revealing deep and sometimes alarming disagreements over how to understand and respond to people, usually poor people, who break laws.

At the same time, Seattle city budget discussions surfaced divisions over how to deal with “prolific offenders,” a small population of individuals who cycle in and out of jail (and the subject of an earlier report by Lindsay). Mayor Jenny Durkan’s proposed budget includes what journalist Erica Barnett called “untested new programs inside the criminal justice system,” leading some Seattle City Council members to question why the city wouldn’t instead choose to expand proven programs like Law Enforcement Assisted Diversion (LEAD) that reduce recidivism while helping people to stay out of that system.

It also emerged that Seattle police have returned to the practice of arresting sex workers on Aurora Avenue, abandoning the “Nordic model,” which focuses instead on the people who purchase sex. While the main reasons given for the shift were an uptick in street-based sex work, complaints from neighbors and businesses and LEAD’s limited capacity, Deputy Chief Mark Garth Green also defended the arrests with the surprising opinion that some of these women “choose to do what they’re doing” and enjoy it.

That same week, Heidi Groover of The Seattle Times reported stark racial disparities in who gets cited and punished for fare evasion on Link Light Rail, as Sound Transit faces mounting pressure to reform its approach to fare enforcement. (Full disclosure: I am involved in this advocacy through my work with the Transit Riders Union.) Groover also tweeted a startling internal email exchange from the time of the February snowstorm. Ken Cummings, head of public safety with Sound Transit, argued against suspending fare enforcement during severe weather, opining that homeless people who take refuge on the trains “elect not to go to shelters or warming centers” because they don’t want to follow the rules. “People do not change until the pain of staying the same outweighs the pain of changing,” he wrote.

That was all in the first week of October.

Whatever one thinks of the Lindsay report, it’s hard to avoid the suspicion that its release was timed to whip up soft-on-crime anger during the final month of the city council elections; the Seattle Times Editorial Board wasted no time using the report to pump its slate of candidates, and I have an email in my inbox from CASE, the political arm of the Seattle Metropolitan Chamber of Commerce, tending in the same direction. The sentiments expressed by Garth Green and Cummings were less calculated and, we can hope, are not shared by the institutions that employ them.

At the same time, these are people in a position to influence public policy, and their comments add to the sense that we’re seeing a resurgence of harsh attitudes about crime and punishment — attitudes that Seattle seemingly was moving away from, to national acclaim, having recognized them to be misguided and harmful. Those of us dismayed by these developments would do well to try to understand them.

It’s tempting to be dismissive. After all, as Seattle Times columnist Gene Balk reported during the tempest surrounding KOMO’s “Seattle Is Dying” special this year, crime rates have actually dropped precipitously since about 1990. That goes for property crime as well as violent crime. Even allowing some weight to the argument that people have simply stopped reporting crimes they know will go unaddressed, the overall trend is dramatic. People feel it, too. A Crosscut/Elway Poll released this week suggests that 93% of Seattle residents feel safe in their neighborhoods, something you might not guess if you spend a lot of time on Nextdoor.com. But low-level crime is still a problem; people whose homes or cars are broken into and business owners whose wares are stolen or premises vandalized have real grievances. Moreover, the perception of rising crime persists, attributable perhaps to our increasingly media and social media saturated lives, amplified by a healthy dose of NIMBY anxiety. We pooh-pooh this perception at our peril, since it is apparently growing strong enough to power a political agenda.

Understanding this, it is tempting to take a gloomy view on the recent turn of the crime debate. We can hear in it the echoes of an ugly national discourse and mood: The homeless and poor are to many in Seattle what immigrants are to Trump, conveniently vulnerable scapegoats on whom to visit punishment for the greater sins of others. Could we be entering a long, dark age of reaction? I hear this a lot. No doubt there is some truth to this picture, though I don’t believe that last part. But it’s far from the whole story, and to the extent that it’s true, it doesn’t leave progressive forces much to do but hole up and prepare to be a besieged minority. Instead, it’s worth considering what we have done poorly and could do better.

Over the past decade Seattle’s approach to low-level crime has shifted significantly under pressure from movements for criminal justice reform and informed by a growing body of research showing that prosecution and incarceration are often neither effective at changing behavior nor an efficient use of public resources. Of course, this shift has not been nearly as fast or as complete as prison abolitionists would like — we’re still building a youth jail — but looking back at the three-term tenure of “Seattle’s own Giuliani,” Mark Sidran, or his softer successor in the City Attorney's Office, nightclub-busting Tom Carr, the establishment has come a long way. When Holmes took over in 2010, he stopped prosecuting a slew of minor crimes, including possession of marijuana or drug paraphernalia, driving with a suspended license and sitting or lying on sidewalks and in public spaces. Seattle also avoided building a new adult jail eight years ago with a resolve to develop robust diversion policies. These were real steps away from the criminalization of homelessness and poverty, mental illness and addiction.

Over the past decade, Seattle has taken real steps away from the criminalization of homelessness and poverty, mental illness and addiction.”

Does merely backing off — letting people who commit low-level crimes more or less go on their way — lead to better human and social outcomes than vigorous prosecution? Many will argue yes; many others will say no. But what everyone should be able to agree on is that this, by itself, is not a politically viable strategy, at least not for long. In a time of deepening social crisis, with many people connecting dots, justly or not, between visible homelessness and petty crime, simple neglect invites a backlash. If you’re going to deny the victims of harmful behavior the visceral satisfaction of retribution and affront many people’s ingrained or ignorant beliefs about behavior change and the deterrent power of punishment, you’d better be able to explain what else you’re doing to make things right and why it’s superior.

That means, first of all, that we have to actually be doing something else instead. We have to be investing in diversion programs and community-based alternatives to incarceration. The LEAD program grew out of recognition of this fact. “The approach of the Sidran era was indicted by the crime rate and street disorder of that era,” says LEAD co-designer Lisa Daugaard, a newly minted MacArthur fellow. “LEAD started during the period of peak arrests, because there was universal frustration that it wasn't working.  Business and neighborhood groups were fed up and looking for another answer.”

LEAD has proved immensely successful in creating goodwill for a third way response to disorder and low-level crime; what hasn’t materialized is a commitment to scale this and other programs to the level of a robust citywide response. Reform must also be accompanied by skillful communication and public education, articulating a more logical approach to public order and public safety. Otherwise, Daugaard explains, “it’s this unforced error of allowing all that energy to drift to the side of nostalgia for a set of responses that were horrible for all concerned when they were in play 10 years ago.”

None of this is easy, and no elected leader or administration is going to make enough of a dent in four years that their enemies can’t make crime an election issue if they really want to. But there’s no need to give them extra ammunition. As it is, we shouldn’t be surprised that business groups are seizing this opportunity to advance their political interests by stirring up the simmering grievances of their own members and part of the public. It’s the same strategy they used last year to kill the “head tax.”

Our progressive city council members have their own opportunity this fall to start making things right. The mayor’s budget treats LEAD as another social service provider, barely covering rising costs. By funding LEAD for rapid expansion, the council can decide to start treating it as a real alternative to the criminal-legal apparatus that eats up so much of the city’s budget. Then, next year, the new city council, Durkan and Holmes should convene local community experts to make a serious plan for “justice reinvestment.” They must finish plans to bring LEAD to scale. At the same time, they must build out other elements of community-based care that can lessen unnecessary reliance on police and courts: peer support for people in the sex trade, promising community-based approaches to youth violence, removing pointless barriers to reentry after justice system involvement and supporting survivor-led alternative approaches to accountability for some more serious offenses.

Building these new approaches means redirecting resources and reducing the scope of the old system; all of this can be done through thoughtful planning with the city's unions, so workers now engaged in the old paradigm have municipal employment security even as the criminal-legal sector sees profound transformations. It’s time for city leaders to step up and show that Seattle is serious about decriminalizing homelessness and poverty.