My parents fled Vietnam for the U.S. and achieved the American dream. Trump's decision to significantly limit the flow of refugees could hurt people like my family. 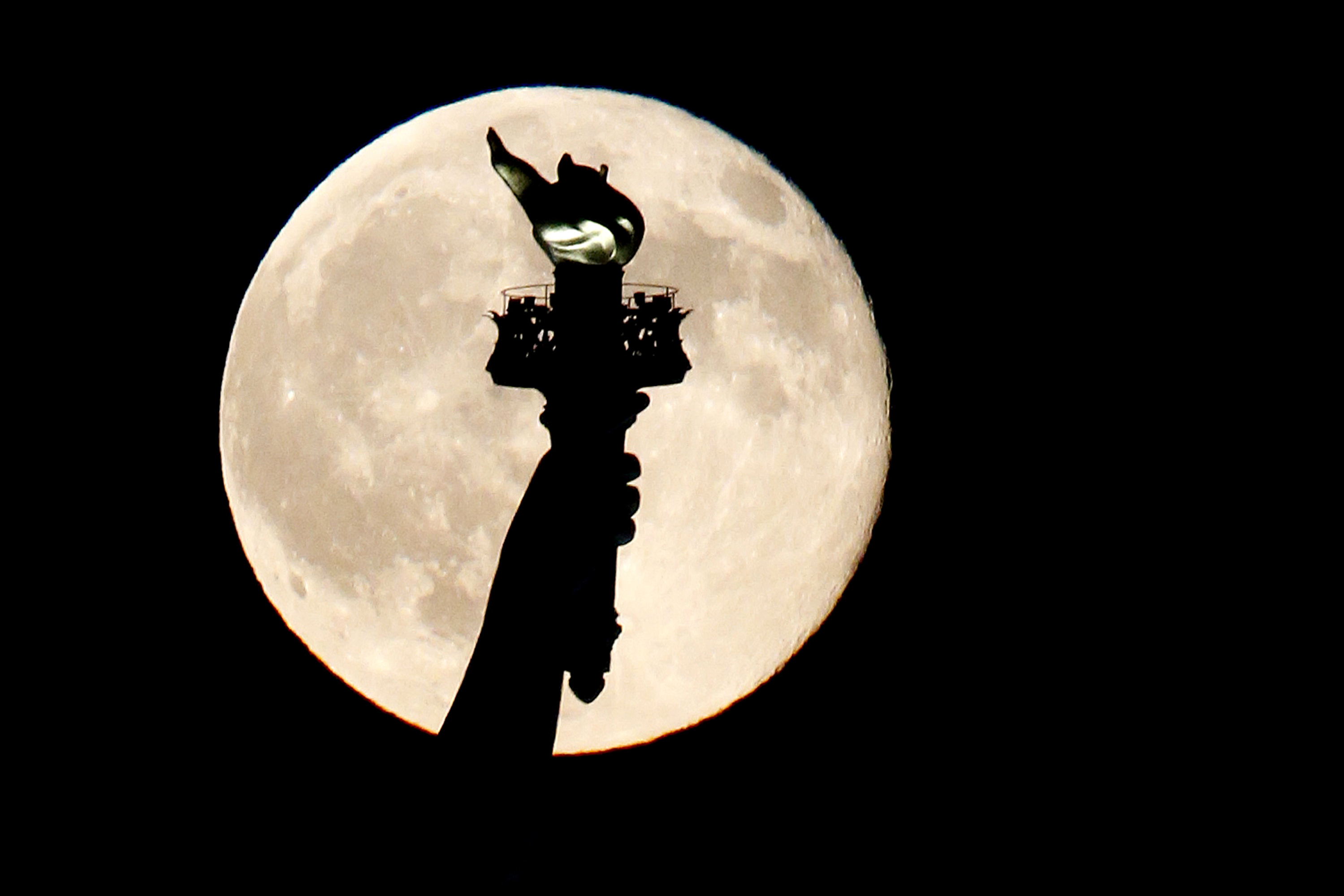 The U.S. has a long legacy of welcoming refugees, who in turn raise the nation's economic and cultural impacts around the world. A 2017 nonpartisan report found that 43% of Fortune magazine’s top 500 U.S. companies were founded or co-founded by immigrants or children of immigrants. Meanwhile, refugees start businesses at a higher rate than nonrefugee immigrant business owners — 13%, compared with 11.5%. (Julio Cortez/AP)

The Trump administration’s decision to drastically cut the number of refugees accepted into the United States critically harms not only our identity as a generous nation, but also our economy. I know, because I arrived in America as a refugee; now I’m the CEO of a Seattle-based education company. My family’s history is not unique. It is integral to America’s story. From the Pilgrims of 1620 to displaced Bahamians of today, refugees and migrants have brought with them the dynamism that fuels our economy and makes our country great.

I was just 3 weeks old when my parents fled Vietnam in 1979. They risked their lives crossing through Khmer Rouge-controlled Cambodia to reach a refugee camp in Thailand. We spent nearly two years in the camp waiting to come to America — a nation founded by people fleeing persecution and seeking opportunity. In 1981, First Baptist Church in Broken Arrow, Oklahoma, sponsored my family as refugees. With the help of the Broken Arrow community, my parents embraced the American dream, raised six American children and built small businesses that created jobs and contributed to the local economy.

With only $5 to their names, my parents landed in Broken Arrow with my sister, who was born in the refugee camp, and me (I was born in Soc Trang, Vietnam). They spent the next 35 years relentlessly chasing the American dream. They started small businesses that created jobs, joined the church community, where they made close friends, and became proud Americans.

My father, who had been a Vietnamese military officer and Chinook helicopter pilot, first found work as a mechanic repairing airplane parts. My mother managed convenience stores, and my father helped after his day job. As soon as we were old enough, my siblings and I worked in the stores after school and on weekends. We mopped floors, stocked refrigerators and learned to ring cash registers so that my parents could take naps on makeshift cots in the backrooms. My mother saved and began investing in Oklahoma real estate.

Although my parents have reached retirement age, they continue to expand their small real estate business in Oklahoma. They imbued their children with their unyielding gratitude to a community and country that accepted them as poor refugees and gave them opportunities to succeed.

The first in my family to go to college, I graduated from the University of Tulsa and later earned a Truman Scholarship and U.S. Department of State Fellowship to attend graduate school at Yale University. My master’s degree focused on refugee law, and I worked at Yale Law School’s Immigration Clinic, where I had occasion to represent individuals seeking asylum.

In 2004, I joined the U.S. Foreign Service and served as a diplomat in Vietnam, Pakistan and Iraq. During these tours abroad, I interviewed Afghan migrants at the U.S. embassy in Pakistan and worked alongside Iraqi translators at the U.S. embassy in Iraq who, at great personal risk, supported U.S. troops and later sought refuge in America. One Iraqi colleague was murdered doing so before he could reach the promised land of America. I worked in the Department of State’s Bureau of Population, Refugees, and Migration and contributed to a Migration Policy Institute report reviewing the U.S. Refugee Admissions Program.

My personal and professional experiences reinforced my fervent belief in two things. First, our generosity toward refugees helps define who we are as a country. Second, refugees have continuously repaid that generosity as the next generation of Americans who serve in the military; become doctors, lawyers and teachers; and create new businesses.

The statistics tell the story of refugee and immigrant entrepreneurship. In 2017, the Center for American Entrepreneurship, a nonpartisan policy and advocacy organization, found that 43% of Fortune Magazine’s top 500 U.S. companies were founded or co-founded by immigrants or children of immigrants. The number grows to 57% when considering the top 35 U.S. companies. The Ewing Marion Kauffman Foundation, a nonprofit, private organization, reported that immigrants, while comprising only 13 percent of the population, represent 30% of new businesses in 2016. Meanwhile, refugees, a subset of immigrants, start businesses at a higher rate than nonrefugee immigrant business owners — 13%, compared with 11.5%. Refugee-owned businesses generated $4.6 billion in income in 2015. Far from being a toll on the economy, refugees and immigrants are critical drivers of it.

Refugees and immigrants have always been an underappreciated secret to America’s success. Each wave revitalizes our country and makes it stronger. Refusing refugees will weaken us both at home and abroad. Broken Arrow opened its arms and gave my family the opportunity to rebuild, flourish and live the American dream. I like to think that Broken Arrow benefited from my family’s contributions, too.

I left the U.S. Foreign Service to pursue a career in education. After spending a couple of years teaching high school in Washington D.C., I founded a business to help students apply to the right colleges for them. As this business expanded, I saw an opportunity to use the internet to help foreign students learn English. Today, I live in Seattle and focus most of my energy on building Lana Learn, a technology startup that connects these students with American teachers.

I will continue to speak out on these types of un-American policies, which reduce the number of refugees to the United States. I will work to grow my business to support the economy and create U.S. jobs, and to build a community where we can all pursue our own dreams in this land of opportunity. This is the America that my family fought to come to, and it is the America that I wish to leave to my children. 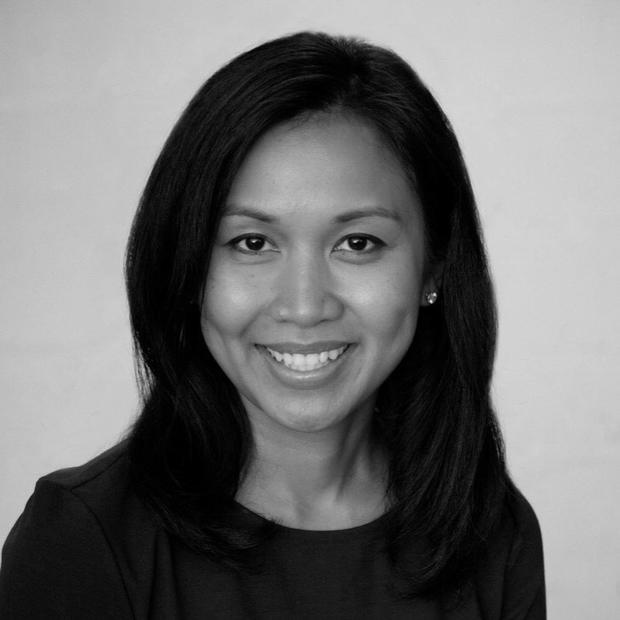 Tina Tran Neville is a refugee and a former teacher and U.S. diplomat. She is the CEO of Seattle-based Lana Learn.