As the effects of a state ban on some e-cigarettes settle in, an industry that has grown accustomed to big changes contends with another. 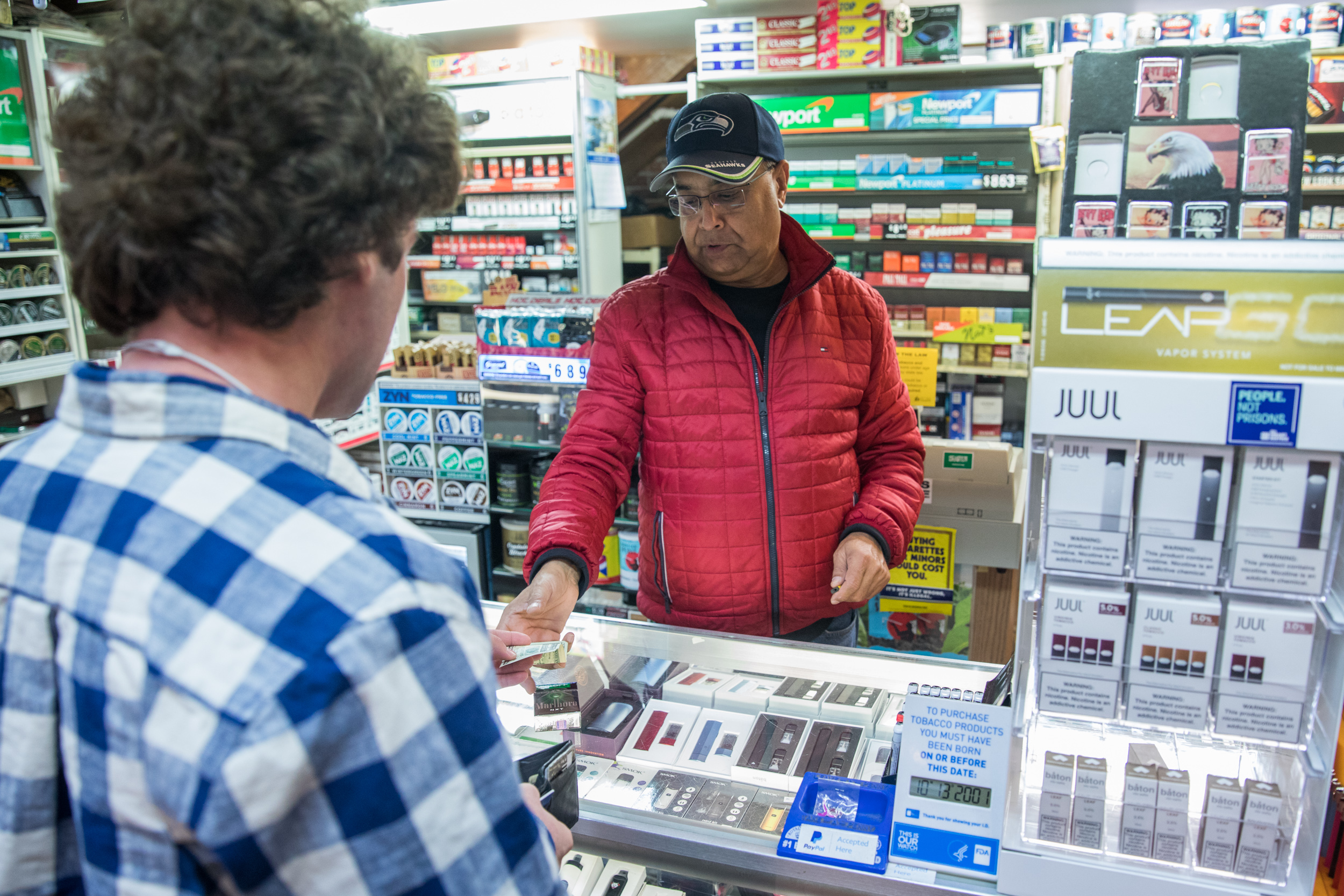 Mustafa Choudhary, owner of Broadway Smoke Shop in Seattle's Capitol Hill neighborhood, sells a pack of cigarettes to a customer. "I'm forced to throw away $10,000 worth of vaping products," Choudhary says. He estimates that 40% of his shop's business comes from vaping products. "This is going to kill my business," he said. "I have no unemployment insurance or retirement, and I signed a new five-year lease on the space this year." (Matt M. McKnight/Crosscut)

“They are the front people for the purveyors of death and addiction.”

That’s how Rep. Gerry Pollet, a Seattle Democrat, recently described local smoke shop owners that have opposed Gov. Jay Inslee’s move to temporarily ban flavored e-cigarettes, a move that went into effect on Thursday. The shop owners are frustrated to be losing the sale of some of their most popular products because of what they see as a misguided solution to the severe lung disease found in nearly 1,300 people nationwide, including seven in Washington, leading to 26 deaths as of Oct. 8.

“They’ve made a choice to go into an industry that is based on addiction,” said Pollet, who has advocated for stronger vaping regulation for years. “Will there be a shakeout? I’m sure there will be.”

Some stores are already bracing for the effects. Mustafa Choudhary, the owner of Broadway Smoke Shop, which has been open for over 20 years, said that about 80% of his profitable items will be affected by the ban. The popularity of those products has skyrocketed in the past five years, he said. In that same time period, he saw cigarette sales cut in half, in his estimation, because of state restrictions that have amounted to one of the most stringent smoking bans in America.

Under a voter initiative passed in 2005, smoking is prohibited in buildings, public vehicles and places of employment. This includes areas within 25 feet of doorways and ventilation openings.

Another longtime smoke shop owner said flavored e-cigarettes are what most people buy, with cigarette sales declining 40% at his store since the start of the vaping boom. He expects a ban to effectively cut off half his business.

All of Choudhary’s other products, including hookah, cigars and even smoking accessories — now widely available in cannabis shops — have also gone down in popularity in recent years. Vapes have served as a backstop. But now, he said, there’s a good chance he’ll go out of business after putting his life into it.

Vapes have served as more than an economic Band-aid for Choudhary. A former chain-smoker, he switched to vaping in recent years. Without it, he said, he may be led back to his old habits. Choudhary argued: “I don’t think the government should push people to go back to smoke cigarettes.”

Recently, Choudhary said, people have come into his store, worried that they will have to switch back to cigarettes to satisfy a need for nicotine. “I’m not gonna tell them, ‘Go back to cigarettes,’ because I don’t smoke myself,” he said. “So I don’t want to give anybody idea to go back to cigarettes. I might go out of business, but that’s the problem.”

Pollet said he is working on legislation to introduce next year that would permanently ban flavored e-cigarettes, include ingredient reporting requirements in flavors and ban menthol in cigarettes, which, he said, still attracts new smokers.

There are about 4,000 vapor retailers across Washington state, about a quarter of which are in King County, according to the state Liquor and Cannabis Board.

Choudhary and other shop owners are annoyed at what they see as the wrong solution. Instead, they think politicians should be going after devices with tetrahydrocannabinol (THC), the high-producing ingredient in marijuana, and other cannabinoids, devices related to the recent spate of lung disease in cases found in almost every state, according to the Centers for Disease Control and Prevention (CDC).

While the CDC says no single product or substance has been linked to all the lung-injury cases, the agency’s latest findings suggest products containing THC play a role in the outbreak. Among 573 patients, about 76% reported using products with THC in the three months before the onset of disease symptoms; 32% said they used such products exclusively.

“The THC stuff they’re putting into these on their own, of their own choosing, they’re too young to go buy it, so they buy it from Frank down the street that makes it in his basement that probably isn’t doing it very well,” said one vape store owner, who declined to be named.

Two brothers and their mother were recently charged in Wisconsin for running what police said was one of the country’s largest illegal vaping manufacturing businesses. One police official said, "They were able to uncover 31,000 filled cartridges with THC oil," according to NPR.

The Washington state order, approved by the Department of Health last Wednesday, includes a ban on flavored vaping products with THC.

With basically all of his products set to be banned, the vape store owner said his business is quickly trying to transition into a regular smoke shop in hopes of keeping it alive. But he is frustrated that stores like his are going to feel the effects of the ban the most while, the owner argued, the companies behind the products get off relatively scot-free.

“The vape stores that are just strictly vape stores, they aren’t like a smoke shop or they don’t do other things. It’s just the vape. They’re the ones that are gonna go down right away because we’ve got all our eggs in that basket,” the owner said.

Sarah Ross-Viles, director of the University of Washington’s Tobacco Studies Program, said that while she supports the governor’s move, it misses the big picture of how Washington and other states have normalized companies that promote these products. She points to the example of how the state only this year raised the age of purchase for tobacco and vapor products.

“It took us years to raise the age to 21 in Washington in part because our state ... [thought] it couldn’t afford to lose the revenue of teenage smokers,” Ross-Viles said.

Altria, one of the world's largest producers and marketers of tobacco and cigarettes, contributed over $110,000 to both Republican and Democratic campaigns and committees in Washington state from the beginning of July to the end of August, according to Public Disclosure Commission filings. Pollet brings up that statistic often to show the lasting influence of tobacco companies in Olympia.

Washington received an estimated $552.6 million in revenue in fiscal year 2019 from taxes and settlement payments made under a 1998 agreement most states reached with major tobacco companies, according to the Campaign for Tobacco-Free Kids. But the state is spending only a fraction of what the CDC recommends on tobacco prevention.

“It’s about the people try something and they find out it’s better than cigarettes and they want it. Period,” said another smoke shop manager. “It’s not about lung disease. It’s not about all this bullshit. People been dying for years and years from cigarettes; no one ban cigarettes. Why? Cause they control it. It’s all about the money.”

Ross-Viles said the youth vaping rate really started to dramatically rise with the onset of Juul Labs, an e-cigarette company founded in 2015 that fashions itself as an aid for cigarette smokers looking to quit. It has been widely criticized for a marketing campaign that's said to target teens and young adults. Altria owns 35% of Juul.

Statewide evidence from the Department of Health appears to bear out this correlation between the overall rise of Juul and increases in youth vaping.

While flavor-only vaping went down among 10th graders between 2016 and 2018, use of products containing nicotine rose by nearly 20%, according to the survey.

The U.S. Food and Drug Administration sent a letter to Juul Labs last month, saying the company has a “continuing responsibility to take action to address the epidemic of youth use of your products, some of which appears to have been a direct result of your product design and marketing campaigns.”

A vast majority of those recently stricken with the lung disease are under 35 years old, with 15% under the age of 18, and 21% between 18 and 20, according to CDC data.

Bailey Brent, manager at Pure Vapor in West Seattle, called the ban on flavored juices, which make up 80% of his store’s sales,  “pretty ridiculous.”

“It’s gonna shut most people down for sure if the ban stays in place,” Brent said.

For now, vape sellers like Choudhary also have to worry about a new tax levied on their most popular products. All vaping devices using sealed disposable containers face a state tax of 27 cents per milliliter of solution and 9 cents for open systems. The revenue from the law, approved before the sudden lung injury outbreak, will go toward the Andy Hill Cancer Research Endowment Fund and support tobacco prevention efforts.

Choudhary said he feels like the state is hitting him from both sides and practically running him out of business.

“Why they collecting the tax from me and then after that they’re gonna ban it?” he said. “What am I going to do? Throw it in the garbage?” 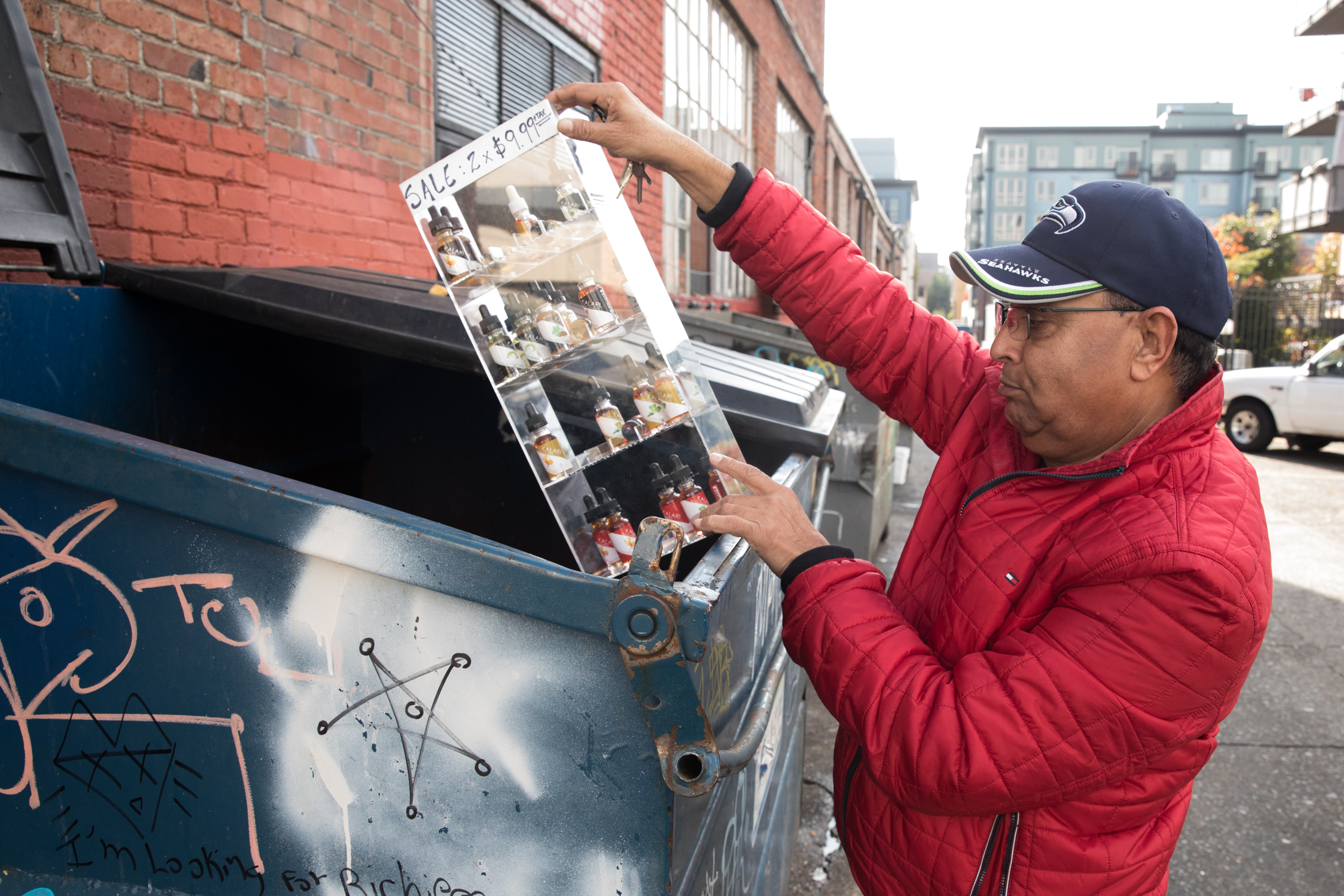 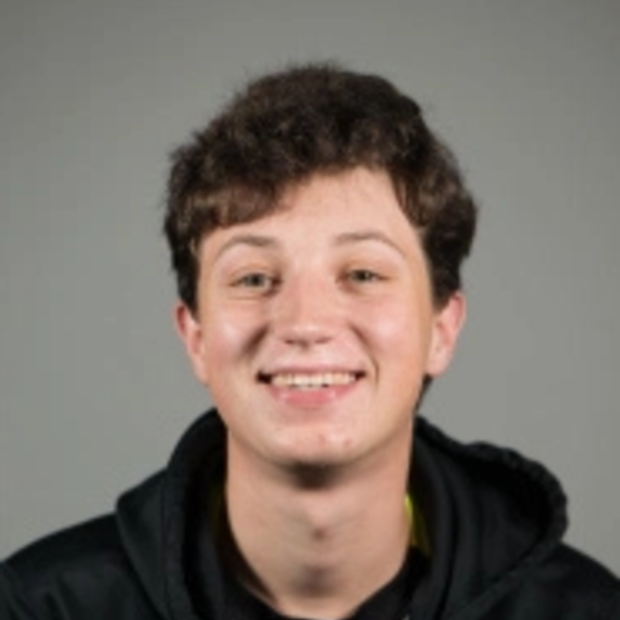