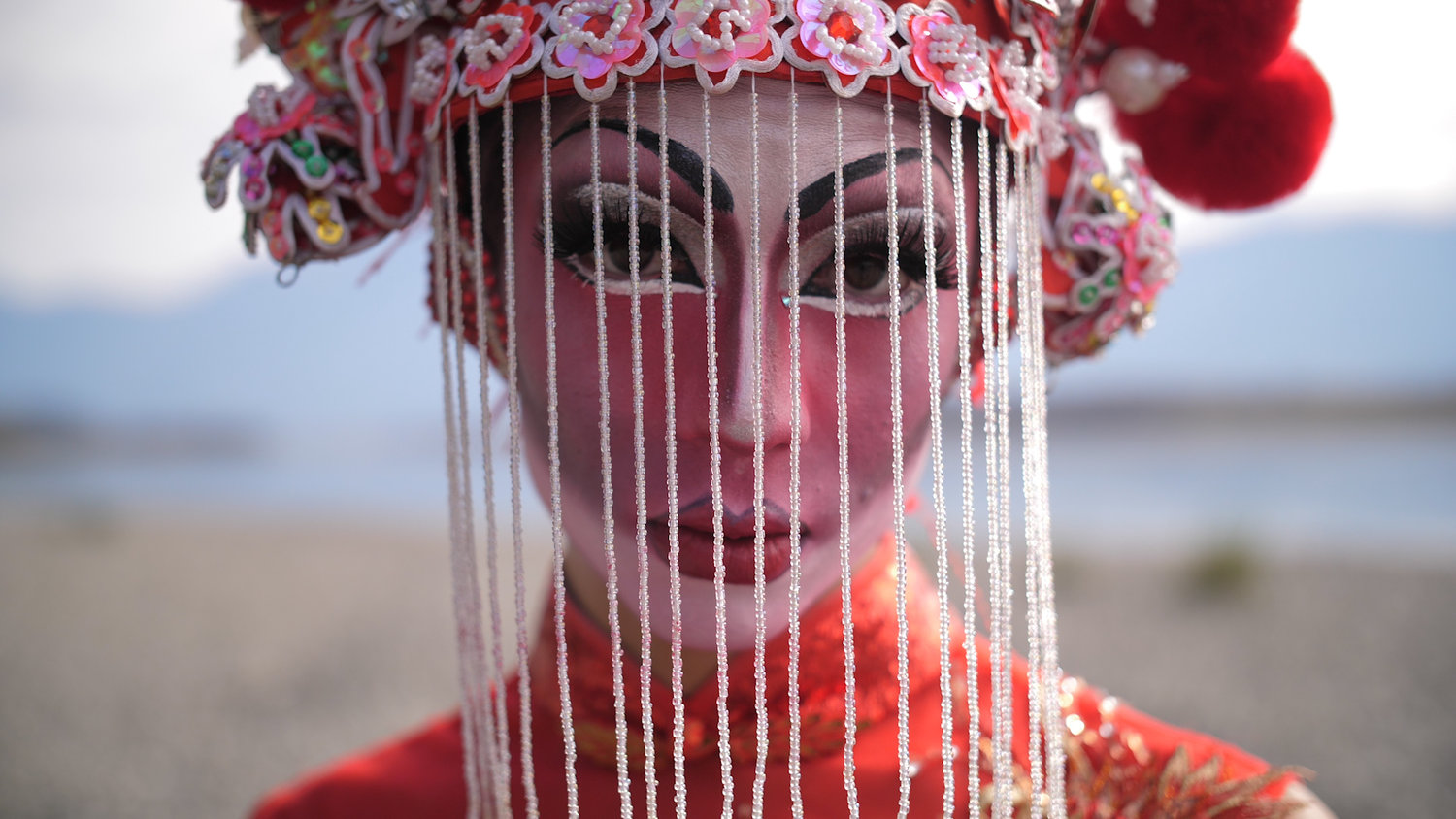 Pioneer Square might have the oldest art walk, but it isn’t the only one in town. The Capitol Hill Art Walk (monthly, every second Thursday) is always a bustling affair, with the bonus of plenty of options for creativity-enhancing beverages along the way. This week’s event includes a gorgeous show of work by self-taught painter Josie Morway at Roq La Rue Gallery. Her spectacularly detailed, hypercolored birds also hint at human interference in the natural landscape. At Ghost Gallery, a group show of work focuses on endangered moths and butterflies — depicted in delicate embroidery, surreal paintings and small sculptures. Continuing the theme of animalia, painter Baso Fibonacci has a show of his street-style wild animals at 12th Avenue Arts. And at The Factory, a multimedia extravaganza by Seattle artist Mary Anne Carter, who sums up the many funny, clever facets of her creative life up as Mary Anne Carter is Tooo Much. –B.D.

If you go: Earshot Jazz Festival through Nov. 6. Times, locations and prices vary.

The 50th anniversary of the Stonewall Riots this year had many reflecting on the history and future of LGBTQ+ rights, and Seattle Queer Film Festival — the largest LGBTQ+ film festival in the Pacific Northwest — is no exception. Now in the festival's 24th year, this edition takes the Stonewall Riots as its (loose) point of departure to look back and ahead. The festival’s opening night documentary film Sid & Judy traces the (love) life and legacy of actress and LGBTQ+ icon Judy Garland, whose funeral was held on the same night of the riots. Also on view are more than 150 recently released queer movies and documentaries, including local films Good Kisser and Seattle’s QTPOC Music Scene, documentaries on choreographer and AIDS activist Ian Horvath, Stonewall, the “state of Pride” and LGBT refugees, plus a record number of films from Latin America. Look out for the deeply romantic Portrait of a Lady on Fire, which nabbed multiple prizes at the Cannes film festival, as well as End of the Century, a poetic, time-jumping portrait of a brief romantic encounter. –M.V.S.

Beauty standards are beastly, especially for women. For people of color, the implications become even more loaded and complicated. Where Beauty Lies, a new exhibit at the Wing Luke Museum of the Asian Pacific American Experience, examines how beauty standards have manifested in different Asian communities — and how local artists and creatives have obeyed or rebelled against them. Videos, archival photos, artifacts and interactive installations present both historical and contemporary takes on the topic, including a “Times Square”-style room of movie posters featuring Asian stars, a history of Vietnamese nail salons and how they were a source of empowerment for refugee women and an old-school salon chair with a hairdryer bubble that’s also a sound installation with audio messages about beauty. Locals sharing their personal stories include Aleksa Manila (a Filipino drag performer), Moliza Wong (who has operated Hair Skill Design on Beacon Hill since the 1980s) and journalist Lori Matsukawa (crowned Miss Teenage America in her youth). Throughout, visitors are encouraged to reconsider restrictive notions about what is beautiful. –B.D.

Byrd Ensemble: Monuments of the Renaissance

Byrd. William Byrd. The 16th-century English composer is the namesake of the Byrd Ensemble, but the Seattle-based choir sings all manner of Renaissance polyphony — a word that means “many voices.” Polyphony is usually sung a capella, and is vocally demanding, with each line requiring careful shaping and intonation. The Byrds are a close knit group; many of them have known each other since singing as youth. Director Markdavin Obenza trained in the Northwest Boychoir but learned multi-voice singing in the Compline Choir at St. Mark’s Cathedral under Peter Hallock. After hearing the famed Tallis Scholars perform in 2001, Obenza decided to spend his life singing and recording the form. This young, contemporary group performs 300-year old music (mostly set to sacred text) with startling virtuosity, and the genre has become increasingly popular with younger audiences — perhaps because, as Davin says, “People are attracted to its peaceful quality and see it as an opportunity to unplug from their digital lives.” And the music really soars when sung in the right space. The Byrd Ensemble wisely chose St. James Cathedral as the setting for the season opener, and will add voices for the 40-part Spem in alium (Hope in any other), by Thomas Tallis, considered by many to be the greatest piece of early English music. –Stephen Hegg

The brand new Burke Museum makes its big debut this weekend — in a highly visible new building (a glass-and-wood stunner by local starchitect Tom Kundig) at highly visible location (the corner of 45th and 15th in the U District). Also highly visible: the archaeologists, zoologists and other scientists no longer confined to the basement or behind closed doors. The new “transparent” design means researchers work in plain view, behind tall windows with hand-lettered signs explaining exactly which tiny detail they’re digging in to that day. But just as they say at the zoo, please don’t tap on the glass! And it’s not just ancient history on display. The new Burke also will showcase pieces by contemporary Native American artists, whose work complements and draws from the huge collection of Indigenous artifacts. Look for artist RYAN! Feddersen’s (Okanogan/Arrow Lakes) huge mural in the open stairway, depicting a hieroglyphic language she created based on artifacts in the museum. In the Northwest Native Art Gallery, artists reflect on the meaning of artistic heritage — from Betty Pasco (Suquamish), whose woven blanket incorporates traditional Salish iconography, to Alison Marks (Tlingit), who shares a formline take on the Fremont Troll, a figure that struck her as a child upon arriving in Seattle from Alaska. There’s plenty to celebrate at the opening festivities, which extend through Indigenous People’s Day. (Read our sneak preview.) –B.D.

With klezmer-style music, Yiddish songs and folk dancing, and a nimble cast of seven actors playing many characters, the Seattle Repertory Theatre’s production of Paula Vogel’s Tony Award-nominated Indecent honors a prescient century-old drama with the vivid storytelling techniques of modern theater. The extended one-act spins out in concentric circles from “God of Vengeance,” a daring play by Yiddish writer Sholem Asch about a Jewish brothel-keeper and his innocent daughter, who falls in love with one of the female prostitutes working for her father. We follow Asch’s work from its rocky birth and popular reception in Europe, to its scandalous 1923 Broadway premiere — which was shut down by New York police on the grounds of “indecency.” We also get to know Asch, his dedicated wife and the immigrant actors who risk their reputations to appear in the show.  And we look ahead, poignantly, to a performance of “God of Vengeance” in a Polish ghetto during the Holocaust. Performed with gusto, rich in humor and emotion, Indecent is unusual and fulfilling fare for the Rep’s Bagley Wright main stage. –M.B.

Donald Byrd: The America That Is to Be

Ever since he started making dance, choreographer Donald Byrd told Crosscut in July, “it didn’t matter what my body looked like in the real world; it only mattered when I was on stage.” Over a 40-year career, Byrd (who has led Spectrum Dance Theater since moving from New York to Seattle in 2002) has created over a hundred works of socially and politically engaged, audience-poking dance for his own companies in New York and here, as well as for famed groups such as the Philadelphia Dance Company, Pacific Northwest Ballet and Dance Theater of Harlem. His satirical 1991 The Minstrel Show (1991), which invited the audience to come up with racist and sexist “jokes” as part of the performance, won the prestigious Bessie Award. But his accomplishments aren’t all in the past. In July, he won the Doris Duke Award (with an unrestricted grant of $275,000). This year he’s creating two major commissions — one for the Alvin Ailey American Dance Theater, one for Pacific Northwest Ballet (on view in November). Having recently turned 70, he’s at work on a memoir. And this weekend, the Frye Art Museum opens a retrospective of his work as a groundbreaking dance maker and thinker. Donald Byrd: The America That Is To Be takes a bird’s-eye view, as it were, showcasing his long history of addressing social justice with archival performance footage, photos, memorabilia and live performances by Spectrum dancers. –M.V.S. and B.D.

In each small picture box on a vintage, sepia-tinted collotype, a pigeon stretches its wings just a tad more, seemingly ready to fly out of view. In another, a horse lifts its hooves as if to gallop out of the frame. With his images of animals and people midmovement, 19th-century photographer Eadweard Muybridge wanted to grasp the minute details of motion and what it means to keep moving. That’s why Gail Gibson included three Muybridge works in Photo Finish, the last-ever exhibit in the G. Gibson Gallery space. After 28 years in the gallery business, Gibson will move to an online and by-appointment-only model this fall, so it’s not an end, she says. “We’re just changing gears so that we're moving forward.” Calling Photo Finish a “best of” wouldn’t be wrong, but the phrase doesn’t quite capture the world-class work Gibson has gathered here, with pioneering photographers and masters of black-and-white such as Marion Post Wolcott, Imogen Cunningham, Ansel Adams, Manuel Alvarez Bravo and many more. Gibson also makes sure to highlight contemporary photography by local gallery artists, such as Daniel Carrillo and Eirik Johnson. –M.V.S 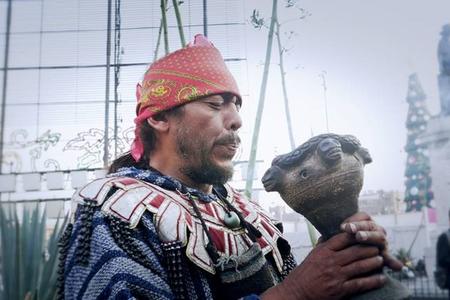 Meet the local director making his premiere at the Seattle Latino Film Festival. 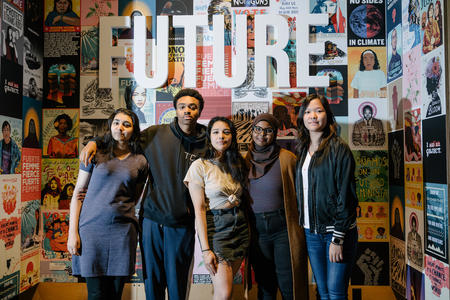 From posters to protest marches, local youth activists are focused on the future

Meet the local director making his premiere at the Seattle Latino Film Festival.

From posters to protest marches, local youth activists are focused on the future