A call for ballot clarity from an unlikely part of Washington

Crosscut Central Washington reporter Emily McCarty tells us what she found in rural, conservative Garfield County where seniors could lose critical transportation in the wake of I-976. 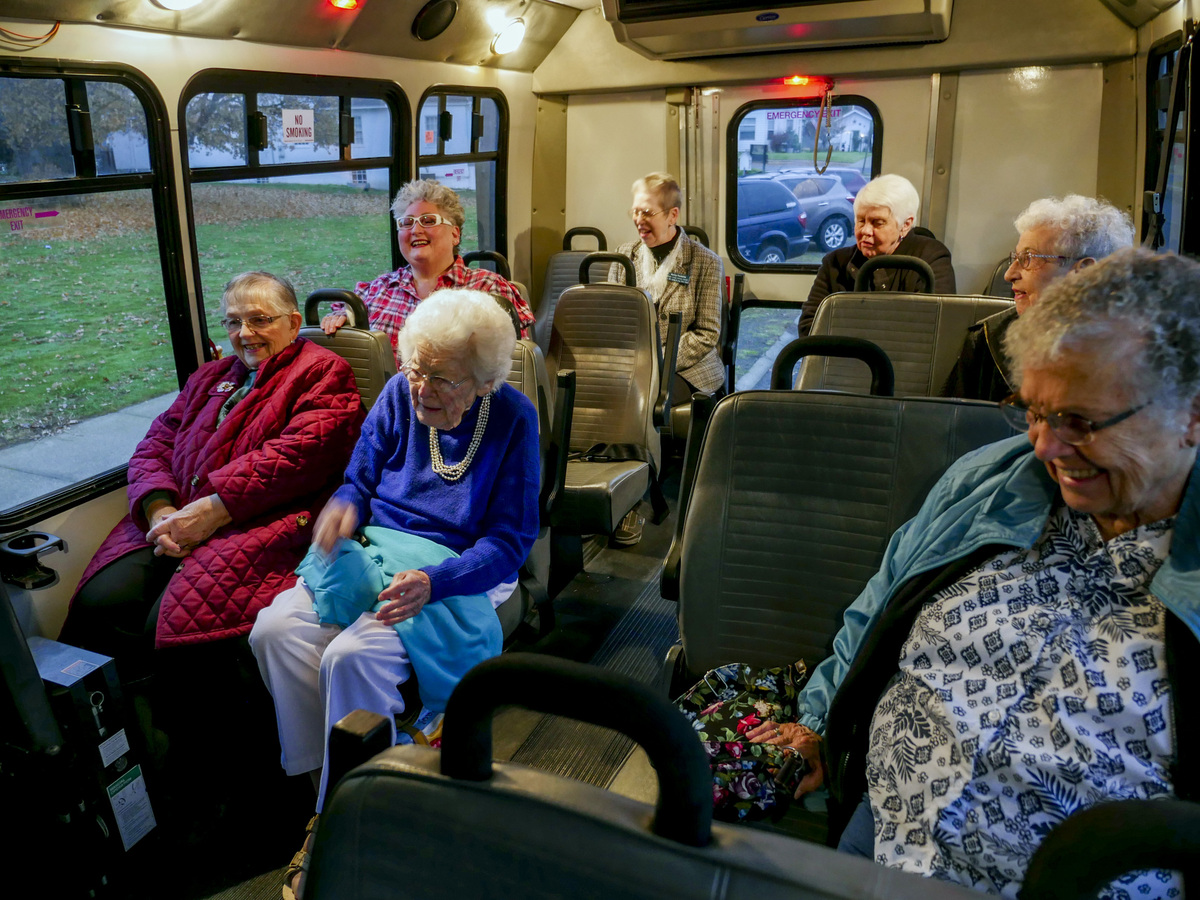 Garfield County Transportation Authority, in the state's least populous county, has joined in the lawsuit with eight other plaintiffs against I-976. They are the only ones in eastern Washington who have climbed aboard so far, and possibly have the most to lose on their shoestring transportation budget. (Emily McCarty/Crosscut)

I woke up before sunrise to catch the 6:45 a.m. bus with Louise Munday in the Garfield County town of Pomeroy. She’s four years from her 100th birthday and lives alone, except for one very yappy dog. She sat on her walker with the door open, peeking through her screen door for Gene, the bus driver, to arrive.

He came right to her door, helping her slowly wheel her way toward the bus’s disability ramp. Everyone on the early morning ride was a senior citizen, which reflects Pomeroy’s demographic profile: more than one-third of the population is over 60.

The future of Munday’s early-morning ride is now up in the air, following the recent passage of I-976, which reduces car tabs to a flat $30 across Washington, cutting into state and local transportation budgets.

All of the Garfield County officials I talked to still weren’t sure of the ramifications of I-976. They were hesitant to begin planning until an Association of Washington Cities webinar will explain to its members the possible impact on individual cities.

Officials did sign on to a lawsuit against the initiative filed by six plaintiffs, all of which were west of the Cascades except Garfield County.

On Tuesday, a request for a preliminary injunction was filed in King County Superior Court to temporarily block I-976. The motion stated that "Washingtonians were not presented with one clear and constitutional choice at the ballot box.”

We can only guess what will happen if the lawsuit fails, as governments throughout the state figure out how to deal with over $4 billion in lost revenue over the next six years.

Louise is too elderly to move to a new city with better transportation and wants to stay in her hometown. The thought of losing transit is a heavy weight on her shoulders, but for now, she can continue her daily rides.

Editor's note: This story originally appeared in Crosscut's Weekly newsletter. Not yet subscribed? Do so, below — and get signed up for more of our newsletters here.