Can Rainier Beach's Kubota Garden remain a refuge for all?

The South Seattle sanctuary is a testament to the power of public space and the promise of racial integration. 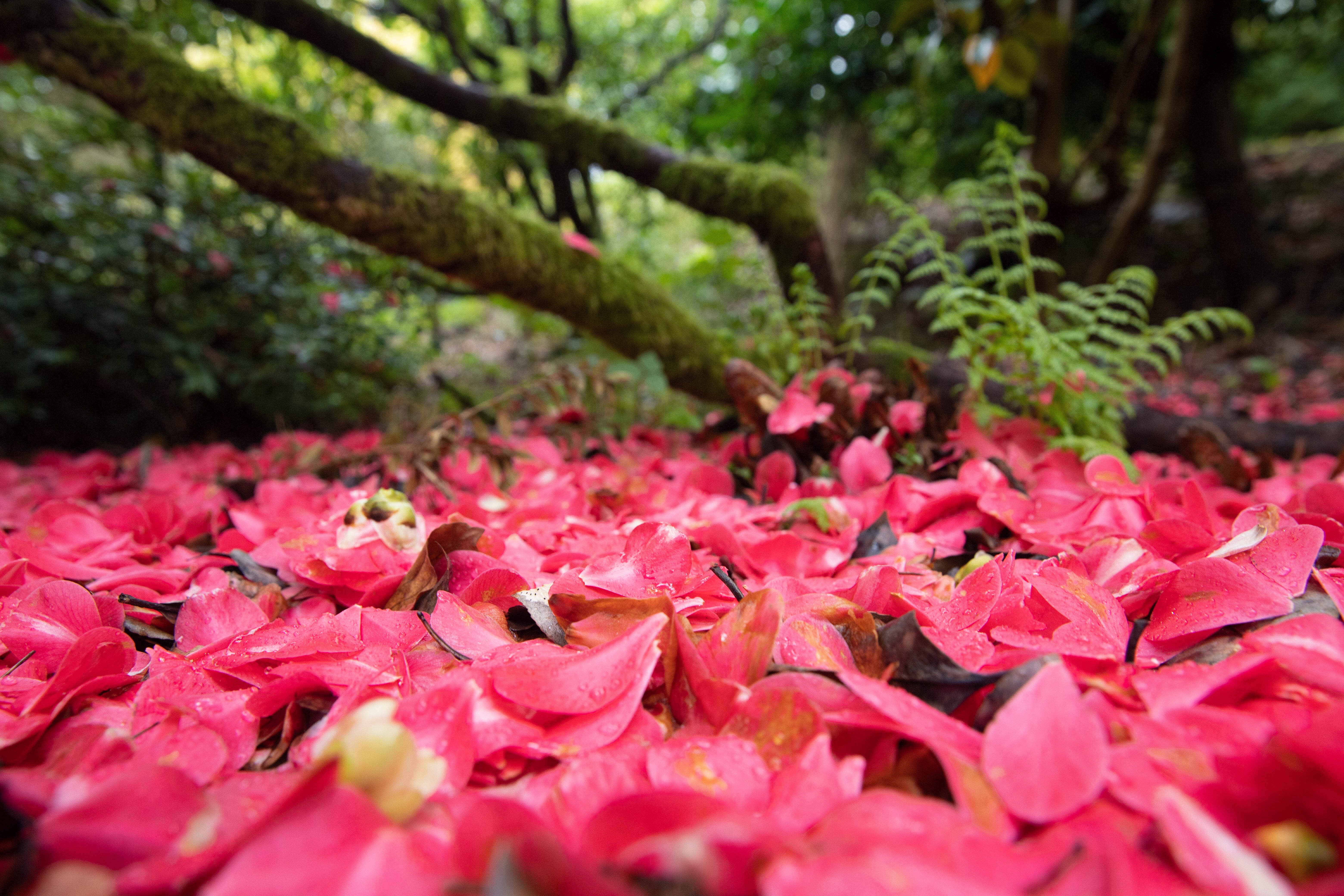 On the kind of dismal morning in late November that encourages lying around in one’s sweatpants with a mug of green tea or the grudging completion of basic tasks, I zipped my hooded jacket to my chin and made the short drive from south Beacon Hill, where I live, to Rainier Beach, the southeasternmost neighborhood of Seattle, where Kubota Garden, the once private and now public testimonial to the life and work of master gardener Fujitarō Kubota, has stood for more than 90 years. I arrived to an uncharacteristically empty garden — no cars thronging the parking lot, no people hiking the forested paths. Drawing my hood over my head, I sidestepped the fast-collecting pools of rainwater, admiring constructed ponds and waterfalls as I reflected on moments of private pain and memories of personal joy.

This is one way to use Kubota Garden — as a refuge, a site for meditation and healing. Marcus Harrison Green, a longtime resident of Rainier Beach and founder of the South Seattle Emerald, recited lyrics from the Persian poet Rumi when I asked him to describe his relationship to the garden: “Come, come, whoever you are. Wanderer, worshipper, come, come, even if you’ve broken your vows a thousand times, come again. This is not a caravan of despair. This love is here for you.” Green, who is Black, was born and raised in lower-income, majority minority Rainier Beach but attended a mostly white, private high school in Burien. Beset by pressures from both sides, he came to Kubota Garden during high school to find temporary peace. “I was straddling two worlds,” he explains. “[I was going to] this private, extremely affluent, extremely white school in Burien and then coming back to [Rainier] Beach, which was kind of the hood at that time, just trying to survive. I didn’t really fit in anywhere. Kubota Garden was where I fit in.”

Race is not incidental to the story of Kubota Garden. Indeed, it is central. Founded as a horticultural laboratory and display center for Japanese immigrant Fujitarō Kubota’s gardening business in 1927, the garden became dormant in 1942 after Fujitarō and his family were forcibly removed from their homes and transported to the Minidoka Relocation Center in south central Idaho. (Improbably, Fujitarō, ever the community-minded green thumb, managed to construct a public garden inside his own concentration camp.) Upon returning to Seattle in 1945, the Kubotas revived their garden and restarted their business, mounting notable installations on the grounds of Seattle University and the Bloedel Reserve on Bainbridge Island, as well as in numerous private homes throughout the region. At the same time, the Rainier Beach Kubota Garden became a hub of Japanese American social and cultural activity, functioning as a quasi-public, quasi-private space for the Japanese community for decades.

As the Kubotas rose in stature, the neighborhood around their garden began to change. Ron Angeles, a long-time community liaison for the city of Seattle’s Department of Neighborhoods, remembers playing baseball against Rainier Beach High School in the 1960s while a student at Chief Sealth High School in West Seattle. Back then, most of the Beach players were white and Asian, says Angeles, who is Filipino American. By 1979, when he began serving the Rainier Valley as a community liaison, the neighborhood “was pretty much split in thirds — a third Asian, a third Black, a third white. The Black population was increasing because Black folks were coming down from the Central Area, and there was busing [so] white folks were pretty much taking off [for the suburbs]. And then we started [housing] immigrants and refugees.” Today, the neighborhood is approximately 31% African American, 31% Asian, 13% Hispanic and 14% mixed race, according to the advocacy group Rainier Beach Action Coalition. Only about a quarter of residents identify as white. More than half speak multiple languages.

The diversity of Rainier Valley generally, and of Rainier Beach in particular, is all the more astonishing given the almost total whiteness that one finds in much of the rest of the city. Sizable populations of Vietnamese, Somalis and Filipinos reside alongside communities of African Americans and Latinos. Recently arrived immigrants from Africa and Asia live next door to second- and third-generation immigrants from the same countries. Mosques hold services blocks away from Jewish synagogues and Catholic churches.

The area’s diversity is not the result of happenstance, of course. Despite Seattle’s reputation as a progressive bastion, the city’s history is as tarnished as any other with racism, redlining and social exclusion. People of color historically gathered in South Seattle because they were prohibited or discouraged from living anywhere else. What makes southeast Seattle exceptional, says Nora Liu, longtime anti-racist advocate and co-author of the city of Seattle’s Equitable Development Initiative, is the relative harmony and lack of fixed boundaries that exist among racial, cultural and ethnic groups. “In a lot of other cities, the Irish are here, the African Americans are here, the Puerto Ricans are here, and so on,” says Liu, pointing to an imaginary map. “Here, though, there is all of this mixing.” Liu references the noted sociologist Sherryl Cashin, who repeatedly cited Rainier Valley as an example of the difference between desegregation (the ending of social exclusion for previously disenfranchised groups) and integration (the conscious inclusion and empowerment of historically marginalized people) in her book The Failures of Integration: How Race and Class Are Undermining the American Dream.

Kubota Garden is part of Rainier Valley’s history of racial integration and cohabitation. In the early 1980s, after Rainier Beach was targeted by condominium developers, the garden was designated a historical landmark by the city of Seattle. Six years later, the Kubotas sold their property to the city, which has maintained the garden as a public park ever since. Antonia Angeles Hare, a lifelong resident of Rainier Beach, remembers visiting the garden as a child with her friends and telling ghost stories at night after the park had closed. Now a new mother, she routinely brings her children to the park to “forest bathe.” By exposing them to the air and pollens of the garden, she hopes to strengthen their immune systems. The garden is a vital resource for the community, she says, in part because it serves as a welcoming space for people of color. “You go there to escape a lot of different things,” says Hare, who is Filipina and white. “The fact that it has grown to be a place that everybody in the community can enjoy but it’s not a white pillar [is important]. It’s a minority space that everybody can enjoy for its beauty.”

The sense of communal togetherness that Kubota Garden inspires is at least as important as the solace that it confers to individuals, community members say. “I love the park because there are people from so many backgrounds there,” says Liu. “There are kids hanging out, elders going for walks, ranges in age, race and ethnicity. Kubota Garden allows for people to bump into each other informally. If you and I are walking in Kubota, maybe we don’t stop and have a talk but we just wave at each other, and it starts bridging that network and community.” Green echoes Liu’s emphasis of the necessity of communal public space in a rapidly gentrifying city. “[Kubota Garden] is a necessary contrast to all this shift and displacement and aggressive alteration and transformation of the city’s character [that are happening now],” he says. “Places that provoke community and togetherness [are] very important.” Angeles agrees, stressing the sense of pride and ownerships that community members feel for a garden that they view as belonging to them. “It’s our place,” Angeles says, thumping the table. “That’s ours. I’ve heard that people will go expecting a traditional Japanese garden, but Kubota’s different. Kubota’s the blending of the natural Pacific Northwest environment with the Japanese feel, with lanterns, ponds, and plants cut in a different way. But you still see the pine trees. It’s also an American garden.”

Hare, Liu, Green and Angeles movingly describe the role that the garden has played in their communities for decades. But the neighborhood is once again changing. In 2017, the average home value in the city of Seattle surpassed $800,000, making it one of the most expensive urban spaces in the country in which to own a home. As a result, the city’s middle classes, in search of cheaper housing, have begun to move south, displacing previous community members and whitening spaces formerly occupied by people of color. These economic and demographic shifts pose serious questions for the future of Kubota Garden. Will the garden be valued as highly by residents who can afford to purchase their recreation privately? Will the addition of more affluent and more white faces threaten the garden’s reputation as a haven for people of color? Who is Kubota Garden for?

Viewed in this context, my recent sojourn to an empty garden acquires a different resonance altogether. I imagine a future Rainier Beach where the diversity has ebbed as surely as it once flowed, new and more affluent residents, perhaps in possession of their own private gardens, no longer place the same value on public space, and cross-cultural exchange is unnecessary because almost everyone looks the same. This is a dystopian and frankly depressing vision, and one that need not come to pass. The crises of unaffordable housing, neighborhood gentrification and community displacement are the results of decades of local policymaking that prioritized capital over community and private property over public space. These are decisions — political and social choices — that may yet be reversed.

In the meantime, amid all that change, astride all that loss, Kubota Garden continues to stand as a testimonial not only to the achievements of Fujitarō Kubota and the gardeners who have come after him, but also to the very concept of public space — land owned by the public to be used for the benefit of all. Kubota Garden will endure. Whether or not it continues to serve as a gathering place for the myriad communities and cultures that surround it is an open question, one that will be decided by policymakers, residents and advocacy groups in the years to come.

Says Liu: “Part of the reason that Kubota is special is because of the community it serves. The question now becomes, ‘Can it be used as an anchor to hold people in place?’”

This essay is an excerpt from Spirited Stone: Lessons from Kubota's Garden, an anthology of essays from Northwest writers, to be published by Chin Music Press in December 2019.