Meanwhile, Andrew Lewis took the lead over Jim Pugel in the race for District 7. 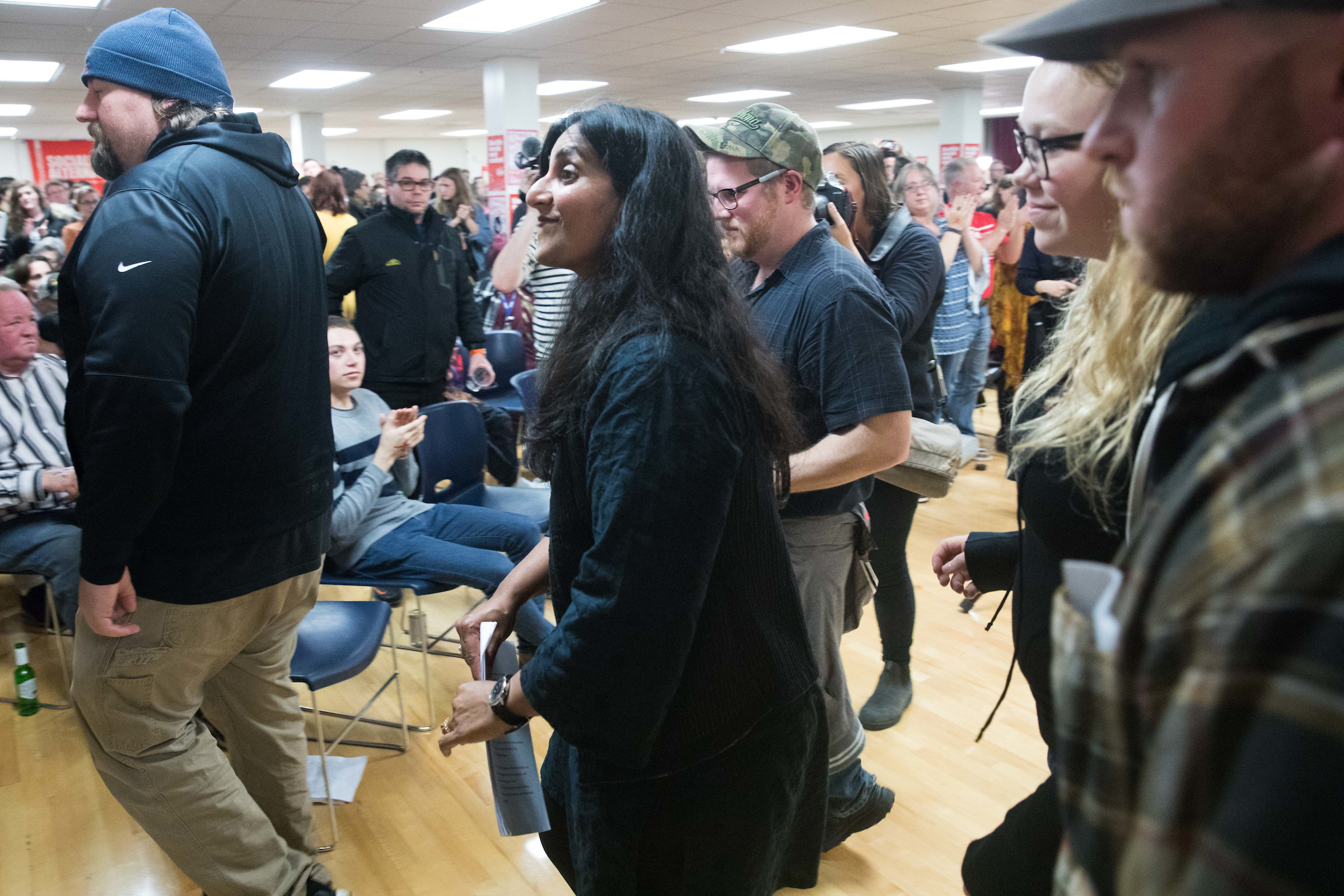 With the release of a new round of ballots Thursday, incumbent Seattle City Councilmember Kshama Sawant pulled within 739 votes of her challenger, Egan Orion — cutting Orion's election night lead in half and pulling Sawant within 2.5 percentage points of the lead. Where Orion was the clear favorite Tuesday night, the District 3 race suddenly looks competitive as more ballots are counted on Friday and next week.

The dramatic swing follows the trend of past King County elections, in which the ballots counted after election day break to the left. After winning about 45% of the vote on election night, Sawant took nearly 60% of Thursday’s tally. If she maintains that pace in the remaining ballots, she would win reelection.

Meanwhile, Andrew Lewis, a municipal court prosecutor with the City Attorney’s Office, took the lead over Jim Pugel, a former Seattle police chief. Lewis, too, benefited from the leftward tilt of late-arriving ballots. While not as dramatic as Sawant’s, his newfound lead is likely to hold.

In a statement, a spokesperson for Pugel's campaign called the latest results an "unfortunate trend."

"We'll take a look tomorrow and see how the ballots break, and then make a more formal statement," said the spokesperson.

Wills’ likely loss comes despite enormous outside spending on her behalf. The onetime council member, who lost a 2003 reelection bid after a zoning scandal involving a strip club, was supported by the Seattle Metropolitan Chamber of Commerce, the firefighters union and a number of big-spending political action committees.

The shape of the council is coming into clearer focus. With their likely victories, Strauss and Lewis will join newcomers Tammy Morales and Alex Pedersen and incumbents Lisa Herbold and Debora Juarez as winners of this year’s elections. The only race still in limbo is between Sawant and Orion.

Citywide representatives Lorena González and Teresa Mosqueda were not up for re-election this year.

In the lead-up to Tuesday’s election, much was made about the enormous spending from political action committees — especially the $1.5 million spent by Amazon.

Business groups, however, are not seeing their contributions pay dividends. Of the seven candidates they favored, two have secured seats on the council — Pedersen and Juarez. In four races, their chosen candidates have either already lost or appear on their way to losing.

With Sawant’s dramatic Thursday swing, it’s suddenly unclear who will take District 3. If Orion loses, that would spell disaster for the numerous groups and businesses who made her defeat their number one priority.

In a statement, Orion said, "Unfortunately this election remains too close to call and it is going to be close.... I got into this campaign to give a voice in City Hall to every neighbor rather than represent a national movement, but this election became a national referendum on money in politics. I share the community’s concern about how much corporate spending there was in this campaign. Win or lose, I am going to work to ensure our elections are driven by people and not big corporate spending."

Councilmember González, however, was already calling the spending a failure. “I think that in the face of an unprecedented amount of corporate spending, [the effort] to stack the city council in the interest of business failed,” she told Crosscut Wednesday.

King County Elections will release two more rounds of ballots Friday, one at 4 p.m., the other at 8:30 pm.