The rule change makes the state the 17th in the country to present an option aside from male or female. 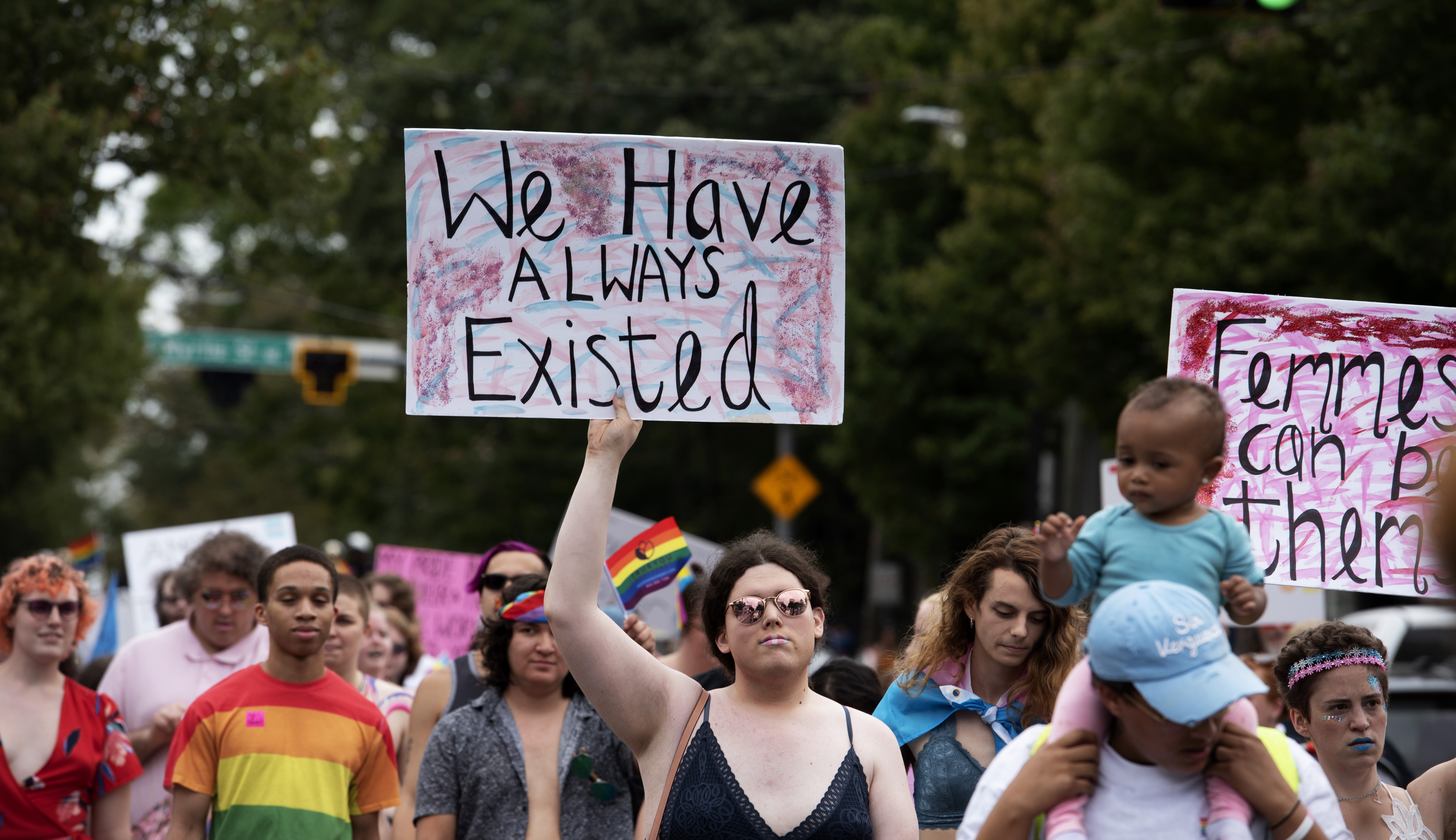 Ara Morgenstern understands that some people might not know how to refer to them on first glance. In fact, the confusion experienced by people who don’t know how to gender Morgenstern can even be liberating.

“So often, I get a mix of switching between ‘ma’am’ and ‘sir’ and that's really cathartic to me,” said Morgenstern, a 19-year-old intersex person who identifies as genderfluid. “But from the moment I show my ID and they see that gnarly ‘F,’ they look at that and [are] like, ‘OK, I know now,’ but they're wrong, and getting misgendered sucks.”

“There just needs to be a general recognition that nonbinary genders are valid,” adds Morgenstern.

Morgenstern is now one step closer to that recognition: Soon, people will no longer be able to misgender Morgenstern on the basis of their identification documents. That’s because, as of Nov. 12, Washington became the 17th state to offer “X” as a gender marker on driver licenses and identification cards “to more accurately reflect the gender identity of Washington residents,” according to a statement from the state Department of Licensing.

Individuals can now self-attest their gender by mailing a Change of Gender Designation Request form, along with a copy of their valid DOL-issued document, to the address on the form, free of charge. To reduce barriers to accessing change of gender designation, petitioners will not be required to appear in person to make the change.

According to the statement, the DOL “chose to define ‘X’ without examples of gender identities in acknowledgment of the diverse transgender and nonbinary communities of Washington.” The aim is to create an option relevant for anyone who doesn’t identify as exclusively male or female.

The process began when the state Department of Health started allowing people born in Washington to change their gender designation on their birth certificate, said Christine Anthony, communications manager at the DOL. Under that rule, which took effect Jan. 27, 2018, “X” was added as a third option for sex designation. (The terms “sex” and “gender” are used interchangeably in state and federal law.)

“People started coming to our offices wanting to change their driver's licenses and ID cards to reflect their gender,” Anthony said. “We started looking at our rules and held some hearings last summer to talk about the rule change to allow the ‘X,’ and once the rule was changed, we were able to offer it as of [yesterday]."

Not everyone agrees that this new gender marker is the best solution.

"I think not having a gender marker would honestly be the best thing, I think that it would eliminate the level of scrutiny under transgender people,” said William Lau Walker, programs coordinator at the University of Washington’s Q Center, who identifies as a nonbinary transgender man. “It would equalize things between cisgender and transgender people when they're being perceived by the government.”

Leo Segovia, economic justice manager at the Ingersoll Gender Center, which advocated for the inclusion of marker “X,” said a gender marker won’t fix the harm that comes from judgments or stereotypes that people place on gender expression. But “it could be a great place to start a conversation, or draw awareness” to the gender diverse identities that exist, he said.

"Policy is helpful because it helps to provide people with something tangible to rely on when they're being discriminated against,” said Segovia.

Family rejection, discrimination and violence have contributed to a large number of LGBTQ+ youth who are homeless. One in five transgender individuals in the U.S. has experienced homelessness at some point in their lives, and more than one in 10 has been evicted from their homes because of their gender identity, according to the National Center for Transgender Equality.

“The reality is that in order to survive in this world and to access services or to access basic things, or get our basic needs met, like housing, and employment, you need an ID,” Segovia said. “For some people, having a gender marker that's reflected in their gender identity is really critical in order to get those needs met. So we need, we should have the option."

A DOL employee who identifies as nonbinary and will be changing their marker to ‘X’ spoke to Crosscut under condition of anonymity, saying that in instances of harassment in reaction to gender identity, the option provides a form of validity. It’s a way of saying “our state says, I exist, so you don't get to treat me like garbage," they said.

The 2019 National Survey on LGBTQ Mental Health, conducted by The Trevor Project, a nonprofit focused on crisis intervention and suicide prevention for LGBTQ youth, found that 78% of noncisgender respondents reported experiencing discrimination because of their gender identity. Fifty-four percent have considered suicide.

"I was shoved into some twisted concept of what it meant to be a woman from day one,” Morgenstern said. “It led me to some really, really dark mindsets and mental places, and so just to have this out there — this will reduce suicide rates.”

The inclusion of an “X” gender marker also puts more pressure on the city and county to figure out policies and to be more explicit about how they're accommodating transgender and gender nonconforming people, Segovia explained.

"The Department of Licensing is going to have to train all of their staff on how to process an ‘X’ gender marker,” Segovia said. “City-funded shelters or city-funded housing programs, county-funded housing programs, they all are going to have to have some sort of understanding and awareness of what the ‘X’ gender marker means, again, pushing this conversation and helping to normalize the fact that trans people exist in different spaces and they deserve service."

According to Walker at UW’s Q Center, acknowledgment of a person’s gender should be considered a basic human right. Otherwise, they said, trans people are forced to justify their right to exist.

"I deserve to take up space. I deserve for my identity to be recognized,” Morgenstern said.

This story has been updated to included additional information on the state's use of the terms "gender" and "sex."

Editor's note: Due to the number of comments violating our terms of service, the comment section on this story has been removed. 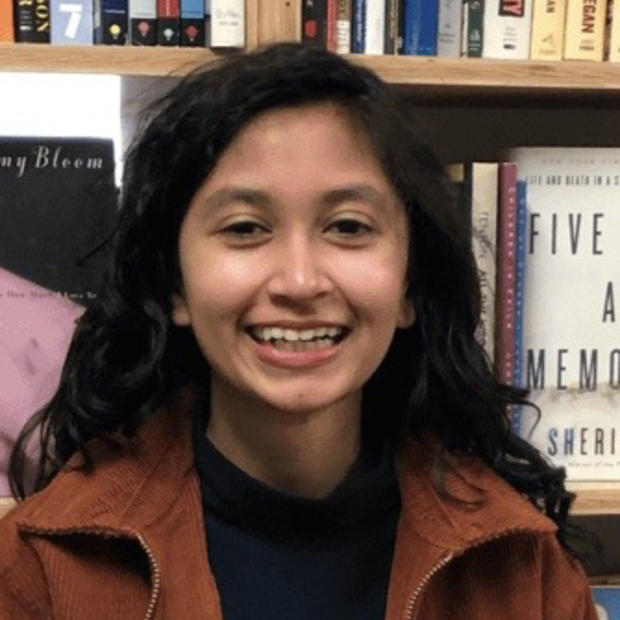 Ragini Gupta is a fourth-year creative writing and journalism student at the University of Washington, focusing on health and LGBTQ+ rights.