To overcome the lead by challenger Egan Orion, the incumbent District 3 council member must close a large margin in late ballots, which tend to lean left. 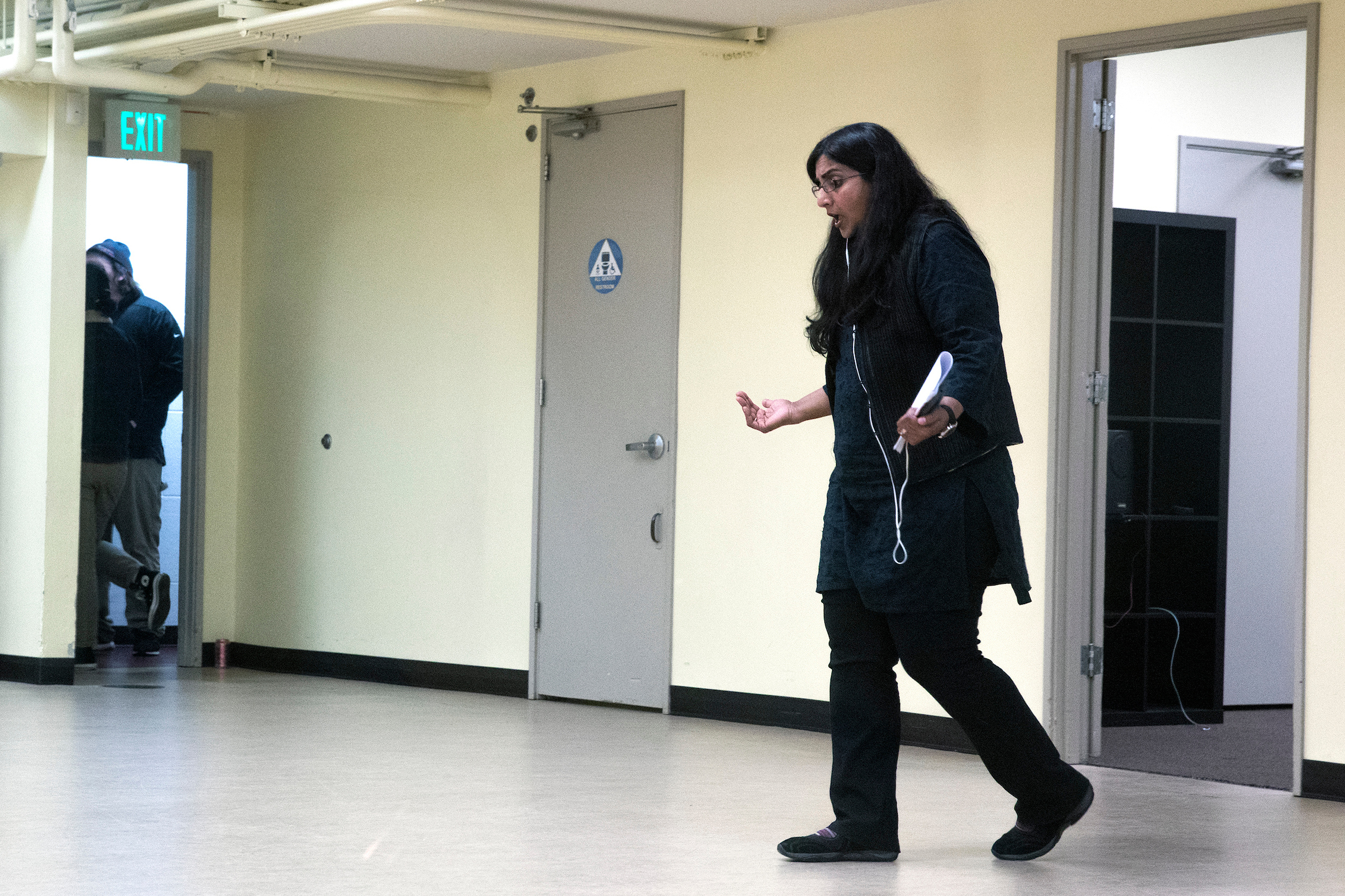 After a bruising monthslong campaign that saw piles of money spent to shape the Seattle City Council — a campaign defined in large part by frustration over homelessness and growth — voters stopped well short of providing a mandate on the type of politician they want to see in Seattle City Hall. Instead, it appears they’ve elected a slate spanning from far left to moderate, with a number of races too close to call.

For all the talk of change, two of three incumbents, councilmembers Lisa Herbold and Debora Juarez, were both performing well — Juarez led by a wide margin, while Herbold maintained a narrow lead over Phillip Tavel.

With just over half of Seattle ballots tallied, Orion is the favorite to unseat Sawant, and on election night he sounded an optimistic tone.

“We don’t know exactly what the outcome is going to be,” Orion said while surrounded  by his supporters and a gaggle of reporters and photographers. “But we’re pretty sure it’s going to result in a win.”

However, thousands of late-arriving ballots remain to be counted and in King County late ballots tend to tilt left. In past elections, Sawant has gained as many as 7 percentage points. As the ballots are tallied, it will be a race against time for Sawant.

“Those of you who were with us in 2013 remember what happened,” Sawant told a crowd of her supporters, referring to her late comeback to unseat incumbent Richard Conlin — in which she trailed by almost exactly the same amount.

Sawant excoriated the monied interests who spent against her — saying they “own the whole goddamn table” at which they demand a seat — and pledged to keep fighting.

More liberal candidates fared well elsewhere. Councilmember Lisa Herbold, for instance, said she was surprised she was leading, expecting instead that she would take the lead after later vote counts.

“I’m feeling really confident,” she told Crosscut. “I was prepared to be down tonight, just based on my prior experience in a general election when I was outspent 3 to 1 in 2015, I was almost 6.5% down and I won my campaign by 39 votes so I was bracing for a similar kind of long drawn out battle.”

“I don’t think I feel comfortable calling it but I feel really confident,” she said.

Tammy Morales in District 2, who ran as an unabashed progressive favoring taxing wealth and big business, jumped out to a decisive lead over her opponent, Mark Solomon, who benefited from large amounts of outside spending from large businesses and mainstream Democrats.

"Not gonna lie, I feel good as hell right now," she told supporters.

"It's time to change the focus from the richest to the brokest," she added later, quoting Lauryn Hill. “What I can tell you is that we're going to have resistance no matter what. … This isn't over.”

On the other end of the spectrum, Alex Pedersen, former aide to onetime Councilmember Tim Burgess, appeared on his way to beating Shaun Scott, an activist and member of the Democratic Socialists of America. Pedersen ran hard on a message of bringing accountability to the city council and a deep skepticism of the council’s spending. In the past he’s urged caution on adding housing density and voted against the Sound Transit 3 transportation package. He identifies as a liberal Democrat, but a win would make him one of the most moderate voices on the city council in years.

“This means that voters in District 4 want a city council member who listens, who has experience to tackle the tough challenges facing our city,” Pedersen told Crosscut. “People in this district want somebody who’s going to be effective and fiscally responsible and who listens to all the communities here, who cares about all the communities in our district — all 20 of them.”

“It’s obviously not an ideal situation,” Scott said of the results. But he was hopeful and added that he was hoping the late ballots would give him a boost.

Seattle voters will need to wait at least one more day — and likely more — before they learn the exact makeup of the new city council.

In District 6 near Ballard, Dan Strauss, an aide to Councilmember Sally Bagshaw, was leading Heidi Wills, the onetime council member trying to make a return to the council.

“I’m excited to see how the rest of the results come in,” Strauss said. “Traditionally, the more progressive votes come in later. … Fifty-two percent is a great place to start.”

“Being accountable to the community and being someone from the community is a very important thing,” Strauss said. “People see through the lies and misinformation that money buys.”

Wills, meanwhile, continued to struggle to escape from the cloud of “strippergate,” a zoning scandal that effectively ended her previous tenure on the city council.

She said she’s looking forward to Wednesday’s ballot drop. While acknowledging that later returns skewed left during the primary, her campaign doesn’t view that as a strong indicator for the general election.

“We’re really proud of the campaign we ran, and that it’s been reflective of the needs of the community,” Wills said.

In District 7, which includes downtown, former Seattle Police Chief Jim Pugel — viewed as a progressive cop who’s well-supported by business and hospitality groups — had a small lead on his opponent, Andrew Lewis. But Lewis, who, like Sawant, is viewed as the more left-supported candidate in the race, may also benefit from late-tallied ballots in the coming days and remains within striking distance.

Because Washington votes predominantly by mail, results are released only once a day. Tuesday’s drop is largely representative of voters who turned their ballots in ahead of election day. In the coming days, King County Elections will tally ballots postmarked at the last minute or left in drop boxes.

Once simply a local municipal election, this year’s races for Seattle City Council ballooned into multimillion-dollar competitions with perceived national implications. For some, it was a chance to start anew and to take a new approach to business, housing and homelessness. For others, it was a test of Seattle’s progressive credentials and a chance to beat back corporate influence.

Seattle has prospered since the end of the recession, with low unemployment rates, a thriving food scene and a healthy city budget. At the same time, the weight of that prosperity has burdened lower-income people and longtime residents facing significantly higher property taxes. Homelessness has increased and the perceived stubbornness of the issue has built an appetite for change in the Seattle electorate.

With nearly 80% of the council up for grabs, this campaign has been a referendum on growth and the discomfort that comes with it.

Because of the high stakes of the election, millions of dollars in outside spending poured. Amazon famously spent $1.5 million on the elections, joining Expedia, Vulcan and other high-profile business.

Labor also spent heavily, largely on behalf of Lewis, but was far outspent by big business.

In a statement, Seattle Metropolitan Chamber of Commerce CEO Marilyn Strickland said, “Tonight’s initial returns are not definitive enough to call these close races. We know from our polling that voters want more solutions and less ideology from their council members. We are looking forward to the next ballot count tomorrow afternoon.”

If Sawant falls, the chamber and other opponents of the socialist council member will declare victory. But, with the early success of Herbold, Morales, Strauss and, possibly, Lewis, any indication of a chamber sweep has largely evaporated.

Rachel Lauter, co-founder of a progressive political action committee and executive director of Working Washington, said in a statement, “Seattle voters are delivering an unmistakable message to giant corporations near and far: our democracy is not for sale to the highest bidder.”

King County elections only releases one round of results on election night. The next drop will come Wednesday at 4 p.m.; subsequent drops will follow each subsequent day at the same time.