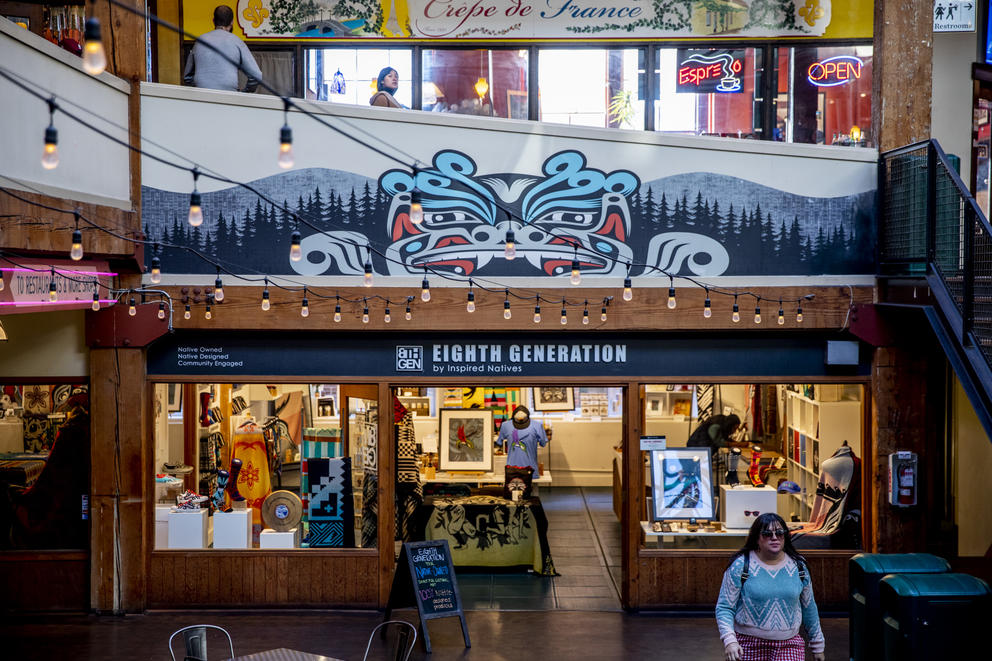 Less than a month after purchasing 45 acres in the Snoqualmie Falls area, including the Salish Lodge & Spa, the tribe announced that it has acquired Eighth Generation.

“It’s huge for us. It’s right in line with what we're trying to accomplish: protect our culture, promote our artists and expand our tribal voice,” said Christopher Castleberry, tribal council treasurer of the Snoqualmie Tribe.

Gov. Jay Inslee will join those gathered at Eighth Generation’s flagship store for the announcement, to proclaim the week of Thanksgiving, Nov. 25 to Dec. 2, as Native Arts Week in Washington State.

The proclamation acknowledges the contributions Native Americans have made to the arts and culture sector, and calls on Washingtonians to support authentic Native American products that preserve heritage and create economic opportunities for Native people. Those values are at the core of the Snoqualmie Tribe’s acquisition.

The tribe finalized the acquisition Nov. 8, a date Gong described as auspicious.

“I can’t think of anything more in line with Eighth Generation values than hundreds of local Native Americans sharing in owning the company,” Gong said. “I look at it as a business model, and it creates resources for indigenous people without creating any harm.”

The store is an apt venue for Inslee’s proclamation today, as it’s stocked with contemporary Native artists’ work, including art prints, wooden phone cases adorned with animals in the Coast Salish design style and towels, wool blankets, clothing and accessories featuring traditional patterns and animals. Gong founded the store to combat companies that he says rip off Native culture without supporting Native communities. His company tagline — “Inspired Natives, not Native-inspired” — is a play on the language frequently used to describe pieces that look like Native art, but aren’t made by people from the Native culture.

Neither Gong nor the tribe disclosed what the Snoqualmie paid for Eighth Generation, but Gong said it was an unprecedented amount for a Native art entrepreneur like himself.

As part of a multiyear contract, Gong will stay on as CEO of Eighth Generation.

“There are no major changes happening. The company is already profitable and successful,” Gong said. “[Members of the Snoqualmie Tribe] aren’t going to try and fix something that isn’t broken.”

In a press release, the tribe noted “Under the new ownership the Snoqualmie Tribe plans to expand distribution, visibility, and market penetration for Eighth Generation’s 100% Native designed products.”

Gong said as a small business owner it had become difficult to keep up with the consumer demand for his products.

“Eighth Generation needed more resources and support if it was going to reach its potential, and I started to strategize how to make that happen without being indebted to corporate interests,” Gong said.

The acquisition gives Eighth Generation the institutional muscle to compete with companies that aren’t Native American, but profit from Native American aesthetics.

“Native people haven't always had a voice — especially with Thanksgiving. This is giving a genuine voice to the people and the stories of the tribes,” said Castleberry, the tribal council treasurer. “It's something that is lacking in the other brands, like Pendleton, that put out similar works and aren't Native.”

Since its inception, Eighth Generation has strived to show Native American excellence, not just by working with Native artists, but also showcasing their stories in the art itself.

One of Eighth Generation’s newest blanket designs, created by Sac and Fox Nation artist Ruth Garvin, honors a legendary Native American who Gong says is an example of Native excellence. The wool blanket — a centerpiece of the current store display — is emblazoned with the face of Jim Thorpe, the NFL’s first president and an Olympic gold medalist. Thorpe, who was a member of the Sac and Fox Nation, is considered one of the greatest athletes of all time, having competed in football, baseball and basketball.

“Eighth Generation’s focus is on highlighting how Native American people are thriving and kicking ass,” Gong said. “This partnership between a tribe and Native arts entrepreneur highlights how far Indigenous people have come, and where we intend to head in the future.” 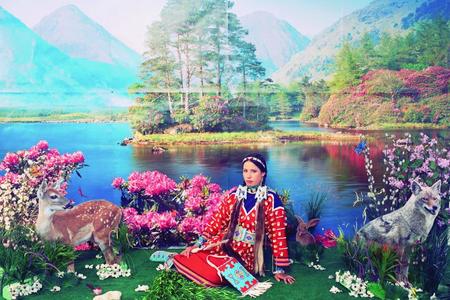 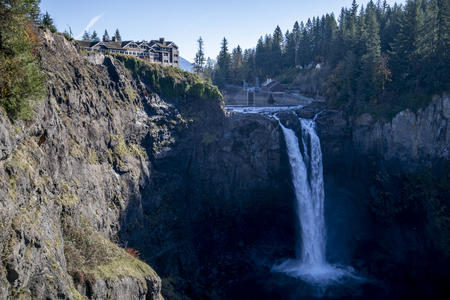 The perils of ‘helpful’ white people shaken by police violence

The police shooting of Jacob Blake is the latest to inspire white Americans to protest and demand change. Here's my advice.

Despite meager pay and occasional abuse, many incarcerated people find pride in the job. When I was young and adrift, I did too. 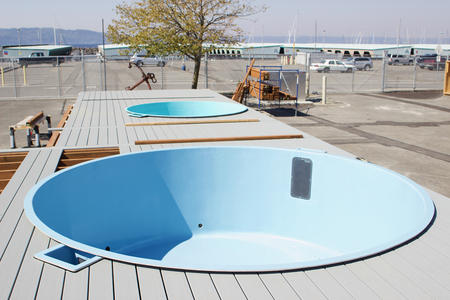